I spent a week exploring the highways and byways of Southern Alberta on one of the most beautiful road trips I’ve ever taken. I’ve been sharing the stories from this great adventure, but I wanted to take a moment to lead you through the experience by showing you what you will enjoy when you decide to hit the open roads of Alberta for yourself. It’s just a snapshot into what the experience is like, no doubt there, but I’m fairly certain that if you haven’t already added this beautiful part of the world to your bucket list, that you will after taking a peek at these photos.

Leaving the confines of Calgary, the hustle and bustle of the city melt away into seemingly endless miles of open, rolling farmland. It’s easy to quickly understand why farm and ranch life is so important in Alberta, and the beautiful, gentle hills you pass recall a different era of cowboys and early settlers. To get started on the Cowboy Trail, head to Alberta Highway 22 and just start driving south. You’ll pass through small towns and hamlets, and beautiful overlooks that demand your attention. Be sure to plan in enough extra time to really explore this beautiful route.

2. Foothills of the Canadian Rockies

Just as you think the farms and ranches will never end, you see the distant silhouette of the mighty Rocky Mountains. I’m a mountain guy and having those beautiful marvels join me on my road trip was a welcome surprise. Many of the famous ranches call this area next to the mighty peaks home, creating beautiful moments wherever you look.

Cowboys aren’t only native to the US; Canada has a cowboy tradition that is just as long and proud as their American cousins. Spend some timing learning about and even living life on the open range. Many ranches and farms open their doors to visitors, but few are as successful as Sierra West. A working ranch, they also have several guest cabins you can rent so you can take a few days off and learn all about cowboy life. 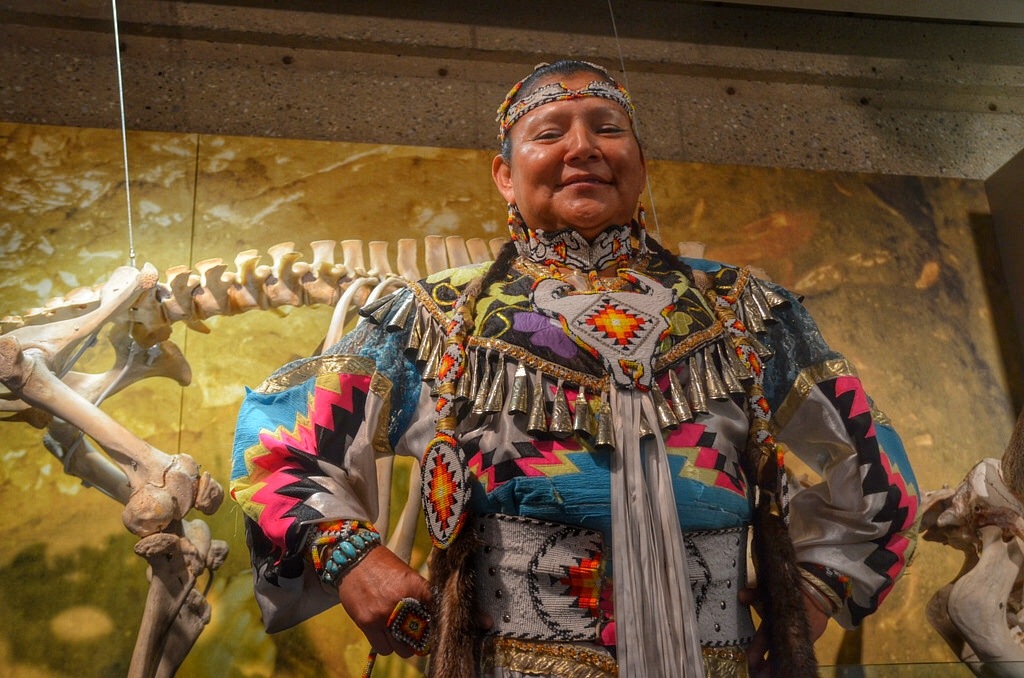 Indigenous people called Alberta home for thousands of years before the arrival of European settlers, and their proud traditions can thankfully still be seen today by visitors. Head Smashed In Buffalo Jump is a great place to learn more about the Blackfoot people, how they once lived on the plains and how they carry on these traditions today.

A UNESCO World Heritage Site, Head Smashed In Buffalo Jump was used for 5,500 years by the indigenous peoples of the plains to kill buffalo by driving them off the 36-foot high cliff. You can still see the cliff today along with an impressive museum all about the practice and the Blackfoot people.

One of the best parks in the world, and one of the least well known, Dinosaur Provincial Park should be at the top of everyone’s bucket lists. A UNESCO World heritage Site as well, Dinosaur Provincial Park is home to the richest deposit of dinosaur fossils in the world. 40 different species have been found here and a ranger led hike takes visitors to see some of these finds as they lay in the ground.

Dinosaur Provincial Park offers programs for all types of travelers, but for shutterbugs the best is without a doubt the sunset walk. A ranger escorts guests through some of the park’s most beautiful landscapes at sunset, capturing the beauty of the Badlands during the Golden Hour.

It only makes sense that the province home to the most impressive dinosaur fossils in the world is also home to the most impressive dinosaur museum as well. Located in Drumheller, the Royal Tyrrell Museum is one of the best collections of dinosaur remains in the world. Be sure to spend the day there touring the museum as well as joining staff on walks, fossil finds and many more interpretive activities. 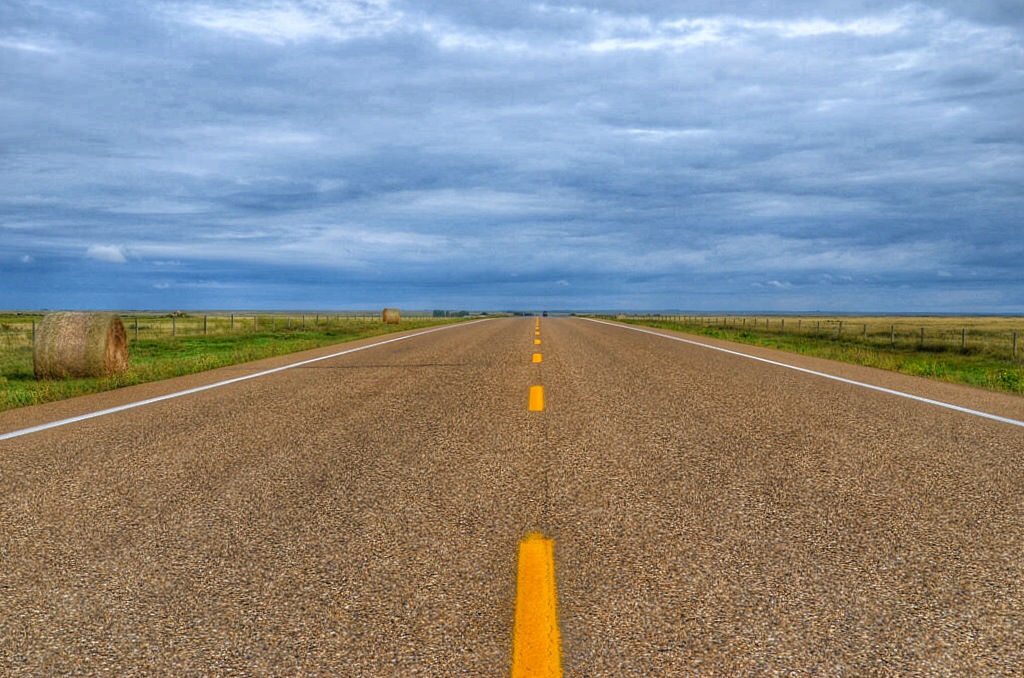 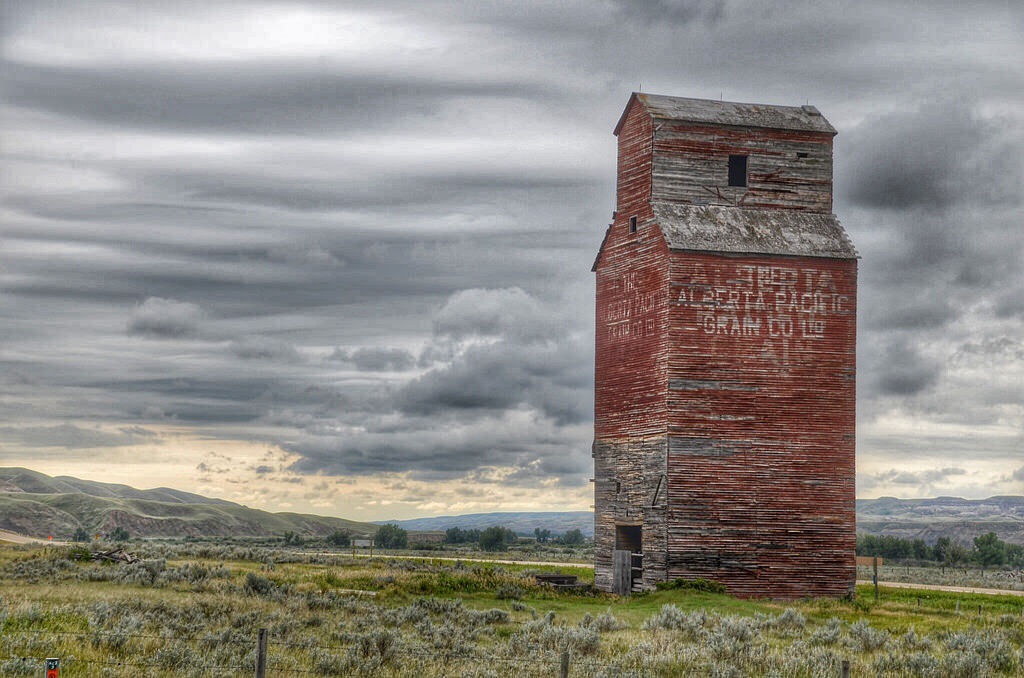 Nearly the same size as Texas, but home to only 4 million people, the result is wide-open stretches of road that seem to go on forever. Far from boring though, driving through Southern Alberta takes visitors past beautiful farms and ranches and scenic byways that are the stuff of travel calendars around the world.

Along the way you’ll see everything from huge ranches and farms to quiet little villages, new, old and ghost. A number of ghost towns exist around the Badlands of Alberta, but the most recognizable is perhaps Dorothy. A great example of an early 20th century pioneer community, a quick walk around town is honestly like stepping back in time.

These are just a few photos that I think portray well the essence of a great road trip through Southern Alberta and the beautiful sights you’ll get to see in person once you do decide to make that drive. We don’t travel for the photos, but amazing landscapes and views certainly don’t hurt either.

3 thoughts on “Alberta in 11 Photos: Why It’s Bucket List Worthy”