Three years. It’s not a long period of time; heck, nowadays more time passes than that in a blink of an eye. When you’re a teenager and three years is an appreciable percentage of one’s life though, it means something. Three years may as well be decades, lifetimes forming and dissipating every few months in a cosmic dance. Three years is all the time I lived in Roanoke, Virginia but after returning to this hazy blue city in the mountains of Southwestern Virginia, I fully realized just how impactful those three years were on my life and how they still resonate today.

Driving to Roanoke is in no way interesting or exciting. From Washington, DC there are a variety of driving options, some marginally more interesting than others but the fastest way is to take the great interstates that criss-cross the nation, and bisect Virginia especially well. I first traveled that road when I was 14 years old. My family moved there for my father’s job and I had the unenviable task of entering a new high school in 10th grade, hopelessly out of place without a friend in the world.

I never appreciated just how adaptable kids can be though and before I knew it I was fully entrenched in high school life with activities and enough friends for me. A few of these friends persisted over time and an even smaller fraction became lifelong friends, but all of them, everyone I went to school with resonated with me on some level. That’s what life is like as a teenager, everything means something.

There are any number of influences on our lives. Moments both minor and colossal that coalesce to form our very unique personalities. It’s of course an ongoing process, but there are important life experiences that cast long shadows. Births and deaths, marriages and divorces and, I think, any number of small encounters we have as children and young adults.

Maybe it’s because our brains aren’t permanently formed or maybe it’s because the world is so new to us in our youth that everything matters. And it does and whether we like it or not these precious few years create the adults we later become.

None of this occurred to me as I tried to use my now adult brain to remember how to navigate around a city I haven’t visited in 5 years and which I haven’t lived in permanently since 1994. When I went to college I WENT to college, coming home briefly for winter breaks and not much else. It’s not the city’s fault, although I have been known to criticize the unofficial capital of Southwestern Virginia for a certain lack of charm and sophistication. But no, it’s not Roanoke’s fault; the same reason why I make fun of it is the same reason why I never moved back. I didn’t particularly like the person I was then.

Don’t get me wrong, I wasn’t a bad guy. I’d like to think quite the contrary. I did well in school, had friends and spent far too much time at the local coffee shop consuming what must have been thousands of cups of coffee over those three years. I never really thought about it before a few days ago, but I never felt like I lived a full life in Roanoke and that’s something for which over the years I have unfairly blamed the Star City.

I did what many of us tend to do, focus on selected moments. Instead of remembering the countless positive experiences in Roanoke, I remembered only the negative. Almost to the point of a psychological disorder, I had forgotten a lot about my high school life, the friends, the moments, the secrets, the teenage angst. In its place was familial pain and lost opportunities. I realized that as I sat with my two closest friends in the world. Friends I developed that first week after arriving in Roanoke back in 1991. We sat in the same restaurant where we enjoyed dozens, maybe hundreds, of meals. We ate the same sandwiches we loved as growing 16 year olds and we did what we have always done the best, we talked. 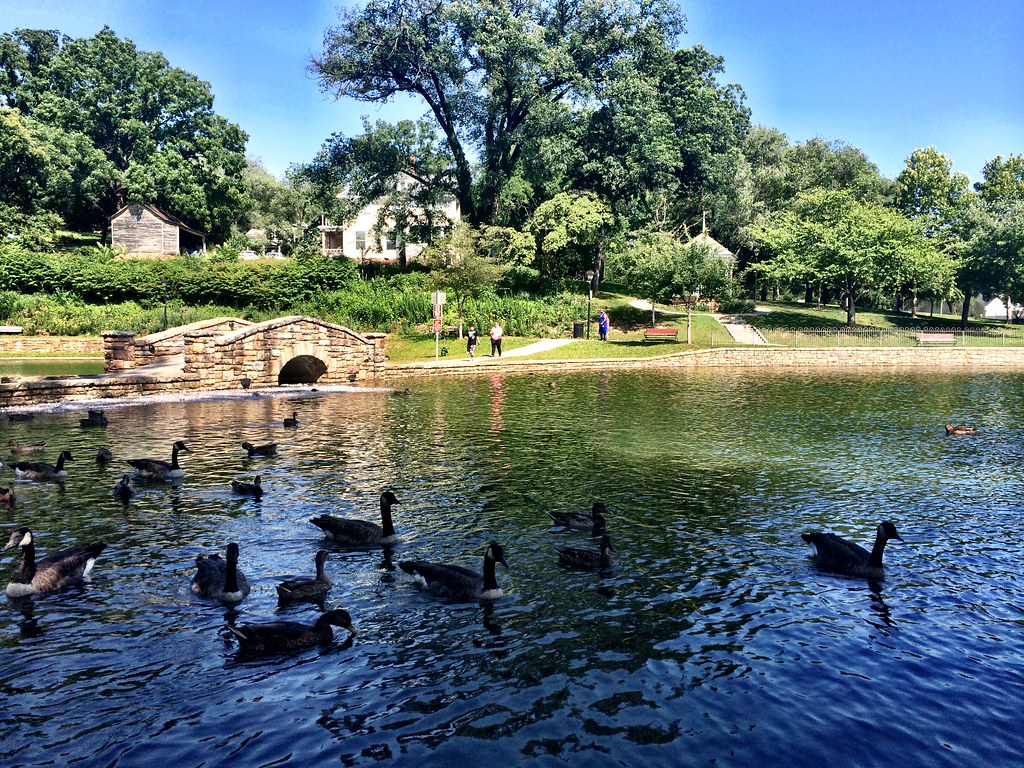 I had forgotten how very much we loved to talk back then. About out families, the latest crushes, teachers we didn’t like or classes we loved. About our fears, our joys and dozens of dramatic episodes, the likes of which only a moody teenager can produce or endure. I forgot about all of those. I somehow forgot about all of those wonderful hours spent laughing with people that didn’t just understand me, but who connected with me on an almost psychic level.

Driving around town on the way to the reunion, I didn’t see a blighted, long forgotten city. I saw a lovely town full of lovely people and a community that is rightly called one of the top places to retire to in the country. I saw new shops next to places I couldn’t believe were still in business; establishments that are mom and pop in every sense of the word. But more importantly, for the first time in 20 years I saw not the reflection of regrets and a youth marred by self-loathing, but I saw the bright three years of a happy person. I saw my life, in its entirety and not the selected bits I had previously decided to focus on.

I wasn’t sure what to expect as I walked into the restaurant in downtown Roanoke owned by a classmate and the site for what was perhaps one of the most informal 20 year high school reunions the world has ever seen. But somehow, it made sense. I don’t know how many people showed up, out of a graduating class of 200 perhaps 25% or maybe even a third made the trek across town or across the country to reconnect with people they admittedly may not have though a lot about over the last couple of decades. 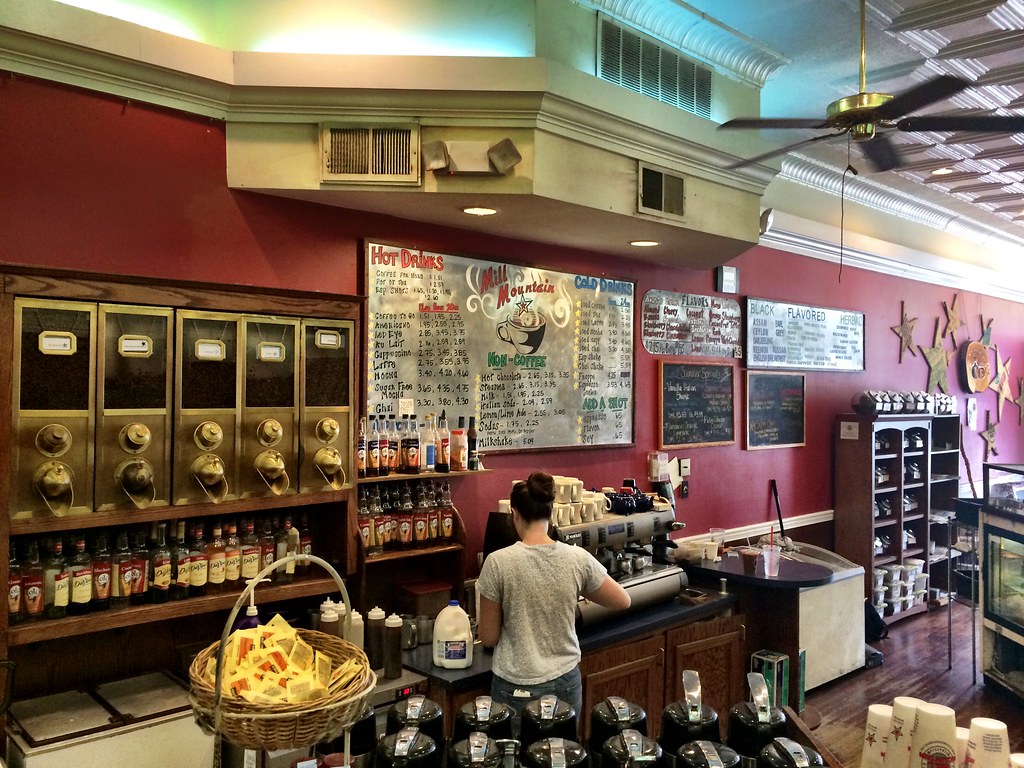 Some hadn’t changed a bit while others had transformed in any number of ways. Casual conversation that at one point in time centered around the football team now focused on kids and health issues. Is tart cherry juice really a great homeopathic cure for arthritis? Did your kids like the summer swim classes? Crash Test Dummies rocked from the local band hired to add some ambiance and for a moment I could believe it was 1994 again. Then I saw the photos of the 13 year old kids of my friends and that illusion was permanently shattered.

I had significant reservations about attending my reunion, I wasn’t sure what good could possibly come from it. I intellectually told myself that I already talk with people I want to talk to and many others are connections on Facebook. I didn’t see what chatting with them in person could actually do for me. And once again those people who touched my life in the early 90s did so all over again.

Warm hugs, swapping stories about moments in time I had completely forgotten about and kind words, so kind that I was embarrassed to hear them. I began to gradually understand that yes, these individuals impacted my life in any number of ways. But I also impacted theirs. Just as those moments spent together in 1993 wove together to form my personality, my laughter, my advice, my actions did the same for them. It wasn’t an ego boost, that’s not what I’m trying to say, instead just as it was important for me to see them, they thought it important to see me. I had never considered that before and I realize that over the years by not returning and not staying in touch with many them, I deprived myself of friendships that could have continued to evolve, that could have continued to be great.

Life though is best seen in hindsight and I’m not here to wax poetically about lost opportunities or to make false promises about staying in touch with people. Most of them I won’t stay in touch with and it may be that I never see most of them again. But I understand now. I understand why reunions exist and why we go to them. It’s not about showing off new spouses or to brag about jobs. It’s to pick up again that thread of connectivity that we form throughout our lives, but a particular thread that is so important to our personalities and the people we later became that it IS who we are.

So like it or not, Roanoke (really Salem) will never leave me. I’ve tried running from it, disavowing all knowledge of it and traveling around the world many times to distance myself from it. It hasn’t worked and it never will. Salem is the reason I am the person I am today, warts and all and in order to become the best person I can be, to realize an even brighter future it was time for me to remember exactly where I came from.

4 thoughts on “Afternoons & Coffeespoons: So I Went To My 20-Year High School Reunion And…”