One of the first posts I wrote following my trip to beautiful Cambodia was about a visit to Angkor Wat. In it I described feeling a little underwhelmed and that I preferred other temples in the areas surrounding Siem Reap. While that’s true, there is also no denying that the Angkor Wat complex is a striking artifact, a magnificently preserved glimpse into another century and another culture, without which both would be lost to time. I love exploring ancient sites and while I won’t call Angkor Wat one of my favorite experiences, I did nonetheless enjoy touring this stunning temple complex.

I arrived in Cambodia on a very easy Dragonair flight from Hong Kong. It’s hard to believe, but in two hours I was transported from the busy streets of Hong Kong to the quiet fields of Siem Reap in Cambodia. Staying with La Residence d’Angkor, they helped coordinate my visit to the famous Angkor Wat site, starting before dawn to capture the famous sunrise.

The largest religious monument in the world (It’s true, look it up) Angkor Wat started life in the 12th century first as a Hindu temple before shifting to a Buddhist one. Because of that, one sees not only at Angkor Wat but in other nearby temples a curious mingling of images and beliefs, coming together to live in aesthetic harmony. Crossing the bridge over the massive moat, I entered like millions before me, just after sunrise and eager to explore the complex and discover its secrets.

Angkor Wat is not surprisingly huge, almost intimidating by its size. The name Angkor Wat translates to City of Temples, and that’s exactly what visitors encounter when they first visit. This is why a guide is incredibly important, and there are many trained local guides available at very affordable rates. I personally think you need a guide to not only help interpret the site, but to frankly lead you around the maze-like corridors and breezeways.

The many buildings and temples are of course interesting, but the real star of the show are the many bas-relief friezes found throughout. The engravings show everything from scenes found in Hindu epics to real events in the history of the Khmer civilization. It still astonishes me that these beautiful works of art were somewhere preserved throughout the ages, nimbly dodging the effects of both age and theft. Spend some time looking at the reliefs, they are amongst the best in the world and really do more than anything else to show the spirit of the people who carved them.

A truly exhaustive visit to Angkor Wat takes time, so make sure you plan for it and also be prepared for the elements. Cambodia is usually very hot and humid, and trekking through Angkor Wat can take a toll on even the most physically fit. But visit it you must, because even in spite of its limitations it truly is one of the most impressive preserved sites from antiquity you’ll find anywhere on the planet. 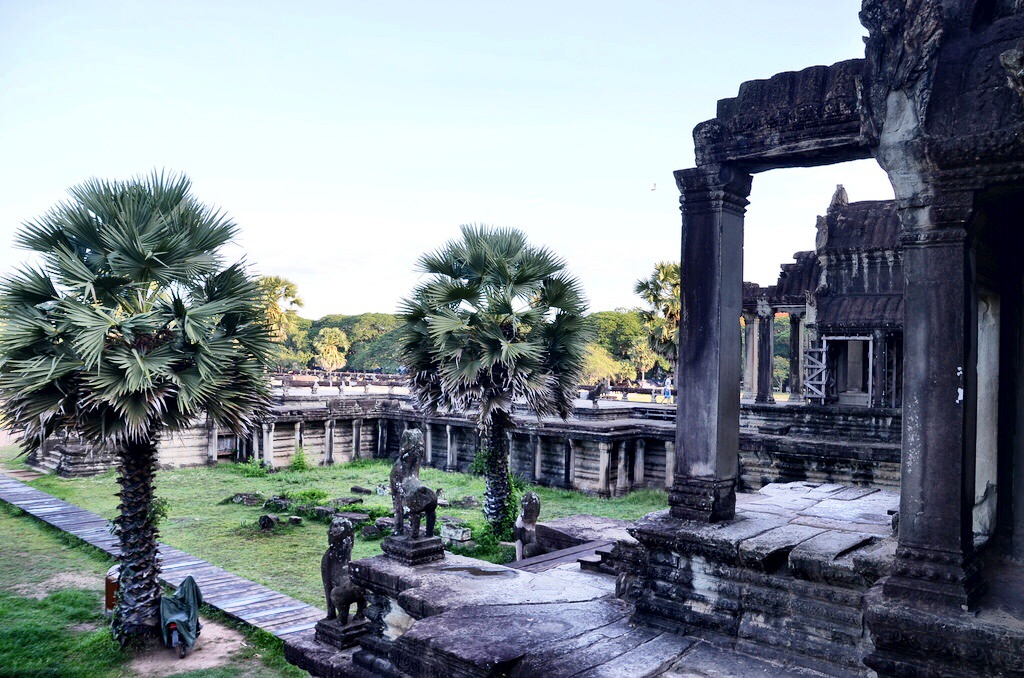 Have you been to Angkor Wat? What did you think?

5 thoughts on “Exploring The Ruins of Angkor Wat In Cambodia”