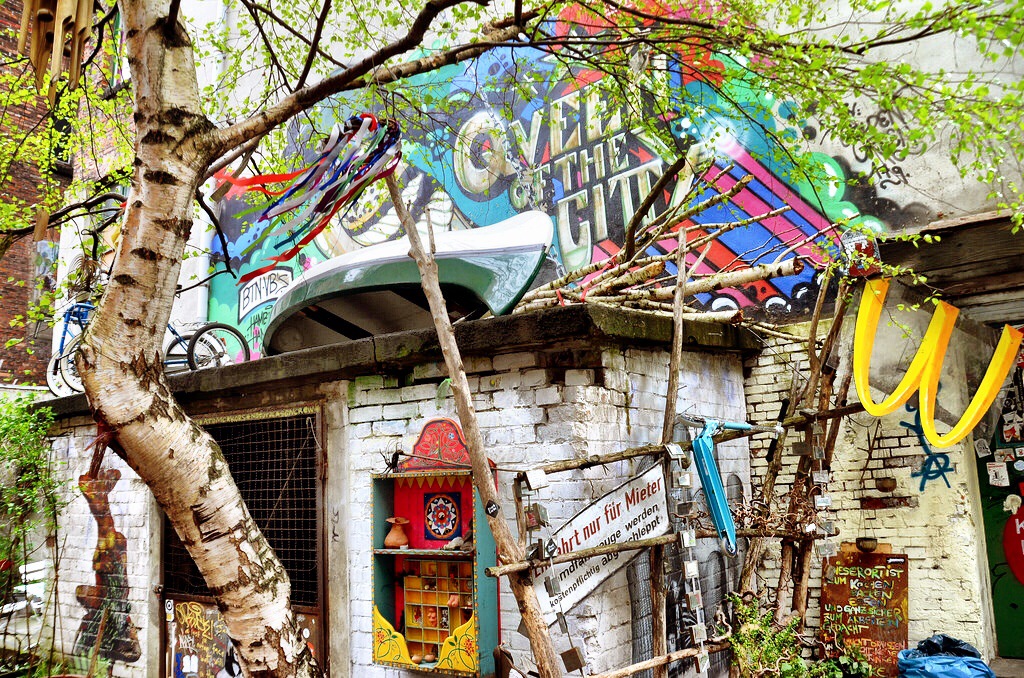 One doesn’t normally think that a German city will be inherently weird. I mean, it’s Germany after all, a country known for its stoic adherence to orderliness and things that just make sense. Hamburg has always been a little different though, as I learned one day as I biked around this undeniably odd city.

Hamburg has occupied a precarious position for centuries. As a free city-state and one of the most profitable ports in the world, it has drawn upon influences from around the world and most notably from nearby Scandinavian cousins. In fact ask a Hamburger and they’ll more readily identify with Scandinavia and not necessarily Germany. Because of that, people who live there are their own unique beings, and this proclivity towards the odd is seen all around town, but especially in the St. Pauli neighborhood.

Beginning life as Hamburg’s red light district, St. Pauli effuses a certain Bohemian air. Hipsters, punk rockers and cultural eschewers all call St.Pauli home, creating a part of Hamburg known for its graffiti art, independent businesses and a general liberal attitude towards life. One of the oddest things I’ve seen anywhere though are small shack villages, hidden down lanes and back alleys, where people have established homes of dubious legality and where even more dubious activities undeniably take place. It’s strange, it’s odd but it’s Hamburg. 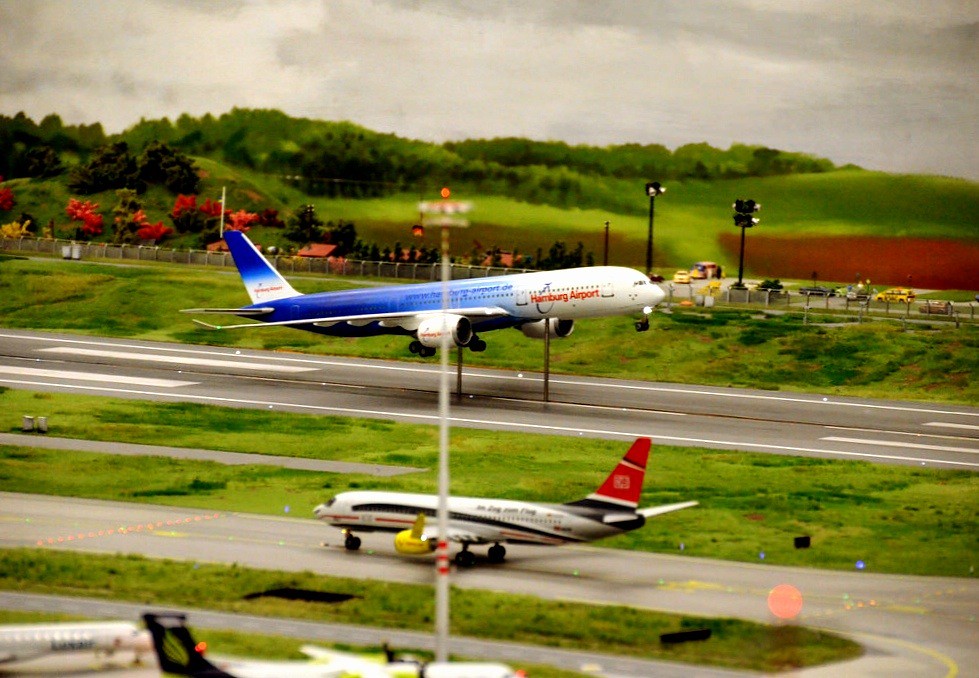 In 2000, twin brothers Gerrit and Frederik Braun made the improbable decision to build the world’s largest model railway. No one believed them, no one wanted to finance it and no one thought visitors would ever come. Fifteen years later and more than 10 MILLION guests later, the brothers have definitely had the last laugh. I’ve been to a lot of transportation museums, but nothing quite prepared me for the Miniatur Wunderland experience. Battling past armies of families, I was anxious to see why this nondescript building has become one of the top tourist sights not only in Germany, but in all of Europe.

It really is a miniature world, built across multiple floors are dozens of recreated cities and countries; everything from Las Vegas to all of Switzerland and even a functioning airport that is deceptively fascinating. I hate to use a tired cliche, but from my brief time there it became obvious to me that the Wunderland really is one of those activities that everyone, young to old can enjoy. I’ve never been a big fan of model railways in particular, but even I couldn’t help but be drawn into the imaginary worlds created by the brothers Braun. Thousands of miniature people living an automated life, where night turns into day and back again during the course of your visit. It’s strange and incredibly odd, but fascinating in its own fun way. 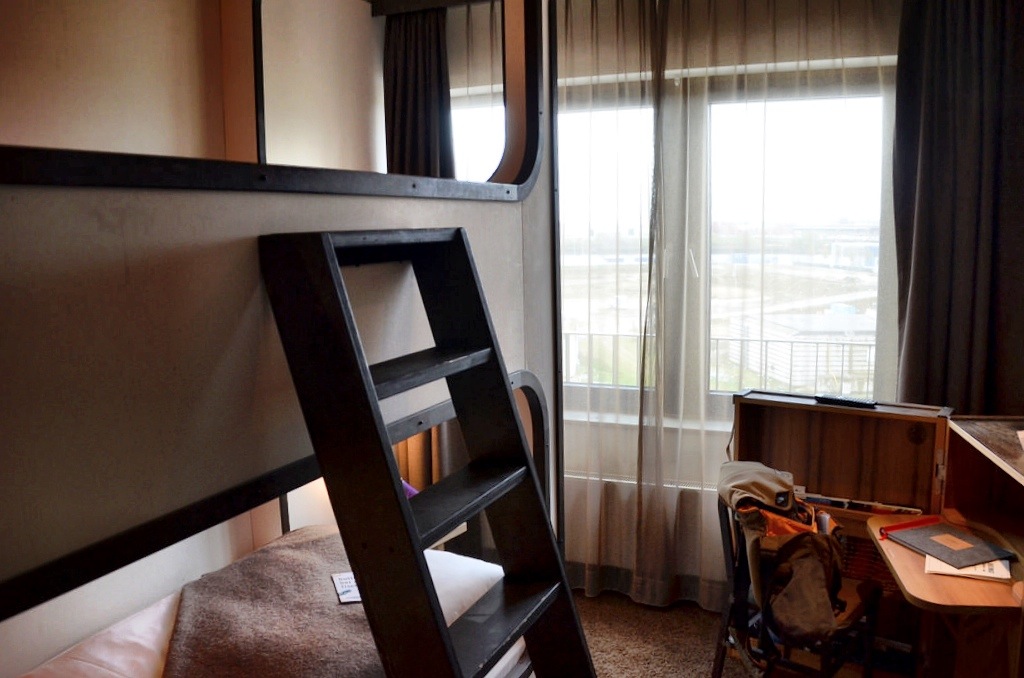 This is in no way specific to Hamburg, but it is something I noticed particularly during my visit. Probably a result of influence from Hamburg’s Scandinavian cousins, Hamburg has more than its fair share of odd and quirky hotels. I stayed in two while I was there, both of which laud themselves as higher end establishments, but one in particular was uniquely weird.

The 25hours Hotels have multiple locations around Germany and advertise themselves as unique, avant garde, quirky and dedicated to luxury-level service standards. Walking through the lobby of the bright and cheerful hotel in Hafencity, that commitment towards design and aesthetics is seen right away and while I thought it was a little different, it was well executed and comfortable. Any ideas I had about a luxury stay though vanished when I opened the door to my room and saw bunk beds. Bunk beds! It reminded me more of a hostel than a supposedly high-end hotel and I was (and still am) genuinely shocked. Quirky is one thing, but I don’t ever want to use a ladder to get into my bed. So yes Hamburg, you are strange and wonderfully odd and your hotels more than reflect this dispensation towards the bizarre. 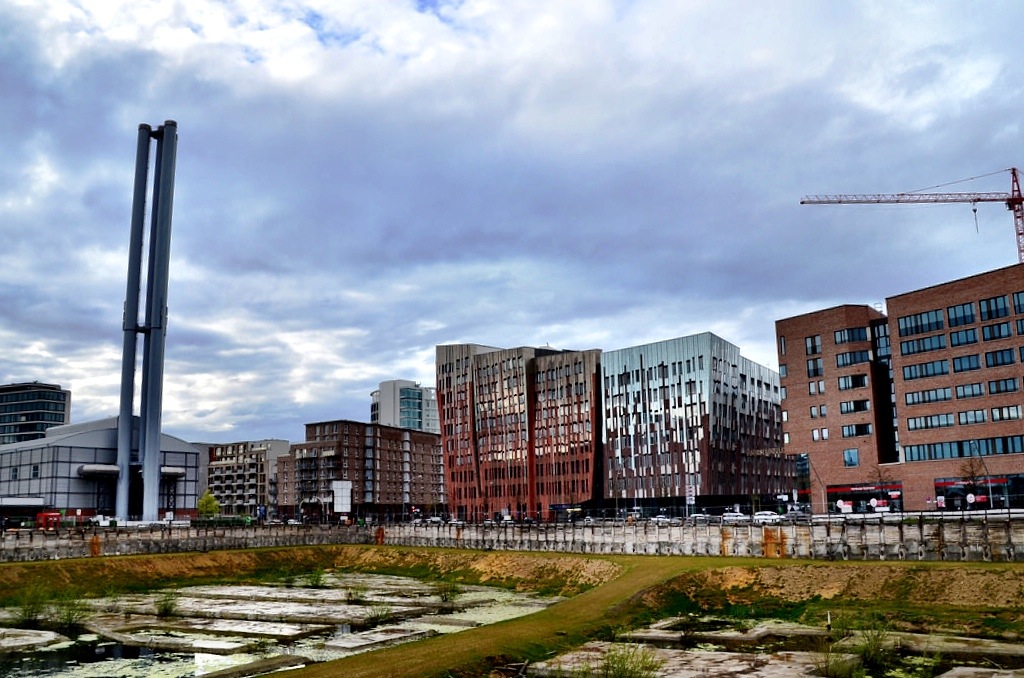 HafenCity and the Warehouse District (Speicherstadt)

My hotel was in the middle of the so-called HafenCity; the old docklands area that is now the largest rebuilding project in Europe. The beautiful old warehouses of the vibrant 19th century city are slowly being turned into offices, shops, apartments; an entirely new neighborhood. Slowly is the key word. When I stayed there, it was like living in the dystopian, not-so-distant future. The brand new and massive buildings were everywhere, but they seemed empty and devoid of any sort of life. HafenCity is definitely a work in progress, but when it’s done it should be a vibrant and exciting part of Hamburg. I think it’s great to visit now though, especially if urban exploration is something you love to do.

Adjacent is the historic warehouse district, the former heart of the old port. This project is in better shape and wandering around what used to be bustling warehouses and streets is fascinating, whether or not you’re an architecture buff. What looks like a playground for those into steam punk design, even someone decidedly not avant garde can enjoy an afternoon biking around this beautiful part of town. Watch for the Speicherstadt Warehouse District to be added to the UNESCO World Heritage Site list in the not-so-distant future as well.

So there you have it, Hamburg in a few odd moments. While the city is without a doubt quirky and even slightly strange at times, I loved exploring it and seeing a different perspective to what it means to be German in the 21st century. Hamburg is doing almost everything right, so be sure to visit and see for yourself what makes it so much fun to visit.

5 thoughts on “Embracing the Wonderful Weirdness of Hamburg”