Croatia is known for its beautiful beaches, laid back coastal cities and ancient urban escapes like Split and Dubrovnik. Unless you’re really in the know, however, you may not realize that Croatia has some of the best national parks found anywhere in the world. From craggy mountains that leave rock climbers drooling, to stunning waterfalls, there are some amazing adventures to be had for the outdoor adventurer in us all.

So what makes Plitvice so special in the first place? Well, it’s a series of lakes arranged in cascades. The lakes are the result of several small rivers originally formed from mountain runoff. The lakes flow into one another, separated by natural travertine dams and all following the same general water flow. To stand in the middle of the park is to experience water and its power in a way you may not have before. Throughout Plitvice you are followed by the constant sound of water gurgling, either slowly dripping or in a massive cascading waterfall. You can’t escape the moistness of the park and the verdant green plants surrounding the lakes are a testament to the life-force found here. The lakes are also famous for their constantly changing colors, from green to light grey and even pale blue. Connecting the paths and lakes are miles and miles of walkways, allowing intimate access to this natural wonderland.

This river canyon, located an easy drive from Zadar, is famous for its craggy peaks and mountains, attracting rock climbers from around the world. The park is the most visited climbing site in Croatia, and the largest in Southeast Europe. It’s hard to believe, but there are more than 360 climbing routes of various difficulty levels, offering challenges for the novice and pro alike. Summer is when most climbers visit and having visited the park twice, I’ve always been amazed at just how many climbers visit Paklenica. The park offers more than rock climbing though, it’s also a hotspot for hikers and walkers. There are 200 kilometers of trails and paths that lead from the bottom of the canyon all the way to the highest peaks of Velebit. A fun historical fact, the mountains contain a series of secret bunkers that were intended to house former Yugoslav leaders in the event of war or attack. Today of course, the park is just a wonderful place to spend the day outside. 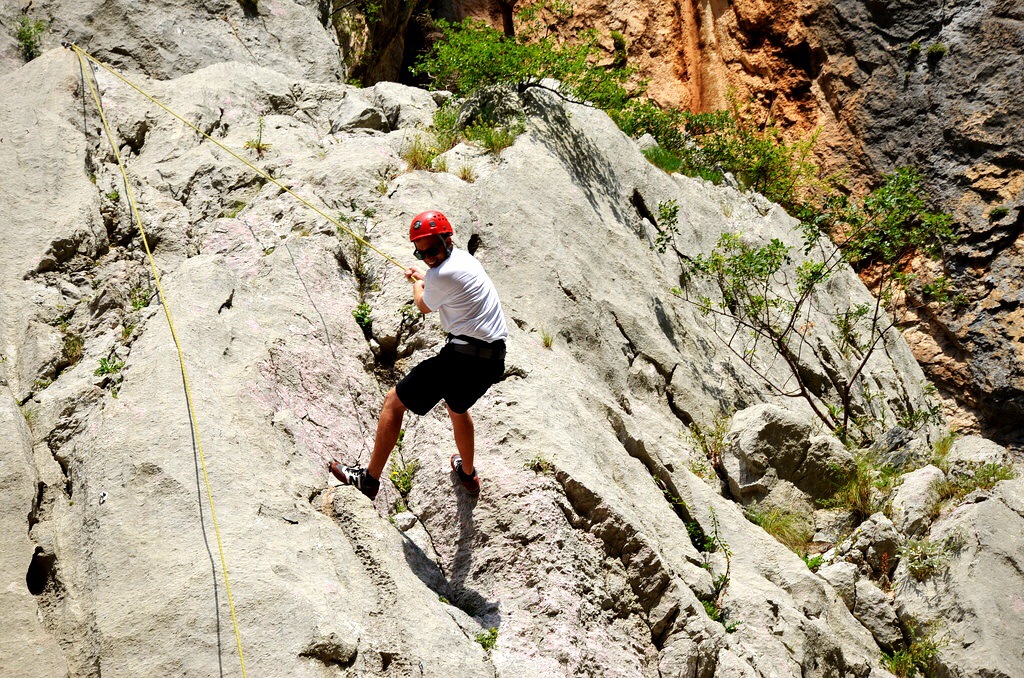 Another park in Dalmatia, Krka is close to the beautiful town of Šibenik making it a perfect day trip option. This park’s claim to fame is the river and falls that attract people from all over the world. Most day-trippers start with a visit to the Skradinski buk, a massive natural pool with high waterfalls at one end and cascades at the other. From there a raised pathway guides nature lovers through the forest, following the river as it ebbs and flows through waterfalls and pools, a peaceful and serene walk that’s perfect for some exercise and self-reflection. The park is large though, around 109 square kilometers, and there’s a lot to see and do, including some harder-to-reach falls. When I visited I saw a lot of families spending the day there with packed picnic baskets and swim trunks so they could dive in the chilly water of the pools. It’s a fun way to cool off during those hot Croatian summers.

Which one of these parks would you explore first?