When one thinks of South Africa invariably safari comes to mind and with it the gorgeous animals one can find, including the elusive cheetah. One of the most beautiful members of the feline family it is also one of the most impressive, reaching speeds of up to 120 kilometers per hour. But it’s also one of the most threatened species in Africa, dropping from 100,000 worldwide in 1900 to just 7,500 in 2010 and South Africa in particular is home to fewer than 1,000 of these majestic cats.

The reason for their decline is complicated, but it’s a different story than the rhinos or elephants. Instead of poachers causing the imminent demise of this beautiful creature, it’s farmers. Yeah, I was surprised too. In South Africa though the cheetahs are a threat to rancher’s livestock and traditionally the farm owners have simply shot the cheetah on sight. Thanks to a group of determined people in South Africa though, there’s a culture shift underway with a most unlikely hero. 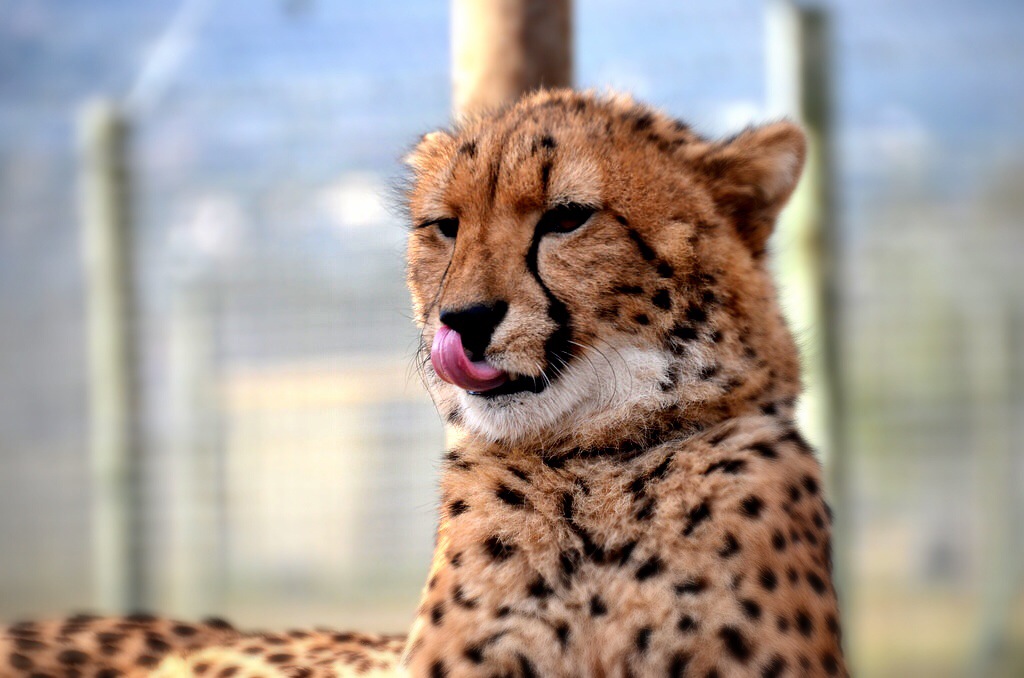 Started in 1997 with land provided by Stellenbosch institution Spier Wine Estate, the Cheetah Outreach’s original mission was community outreach and education to try to share the beauty of the animal with as many people as possible. Using rescued cheetahs or cheetahs who could not survive in the wild, the Cheetah Outreach began touring South Africa spreading a positive message about protecting the cheetah. That’s all well and good, and it wasn’t until they introduced what I think is a really innovative program that real change was realized.

Do you think cheetahs are fearless animals prowling the bush and savannahs of South Africa? Well, you’d be partially right, but they aren’t completely without fear. As it turns out they have met their match with the Turkish Anatolian shepherd. Long used in parts of Turkey to protect sheep and other livestock, the dogs are actually raised with the herd, creating an almost familial bond. The imposing size and strength of the dog has protected Turkish livestock for millennia from bears and wolves and today those same attributes are being used in South Africa to protect against the cheetah.

Since one of the main threats to the safety of cheetahs are ranchers protecting their livestock, a non-lethal alternative had to be found. With lots of outside support, the Cheetah Outreach began rearing the Anatolian shepherd and embarked on a campaign to bring them to the farms of South Africa. A relatively new program, it has already proven itself extremely popular with farmers around the country. The ranchers receive the dog and vet care for a year, after which time it is their responsibility to take care of their newest security system. A nearly foolproof way of protecting their herds, the dogs and the program are now limited only by the number of dogs they can train for introduction to South African farms.

A lot of these remarkable efforts are funded by conservation organizations and sponsors, but also through visitors to the Center itself. As a big supporter of conservation efforts around the world I’m very careful when I participate in a new wildlife experience while traveling. So many times, whether it’s in the US or Thailand, the experience is not responsibly done and in extreme cases even hurts the animal. As a tourist though it’s hard to differentiate between the good, bad and just plain ugly, so it was with an admittedly fair amount of caution that I shook the hands of the experts at the Cheetah Center.

Cheetah encounters are offered daily; an opportunity for guests to enter the pen with the cheetahs and see them up close and in person. It’s not like many other, less reputable experiences I’ve seen elsewhere, here it truly is all about the animals. Access to the cheetahs is very limited and a variety of volunteers are on hand at all times, to protect the cheetah just as much as the guests. Guests are allowed to gently stroke the cheetahs, but only in very specific situations and only briefly. 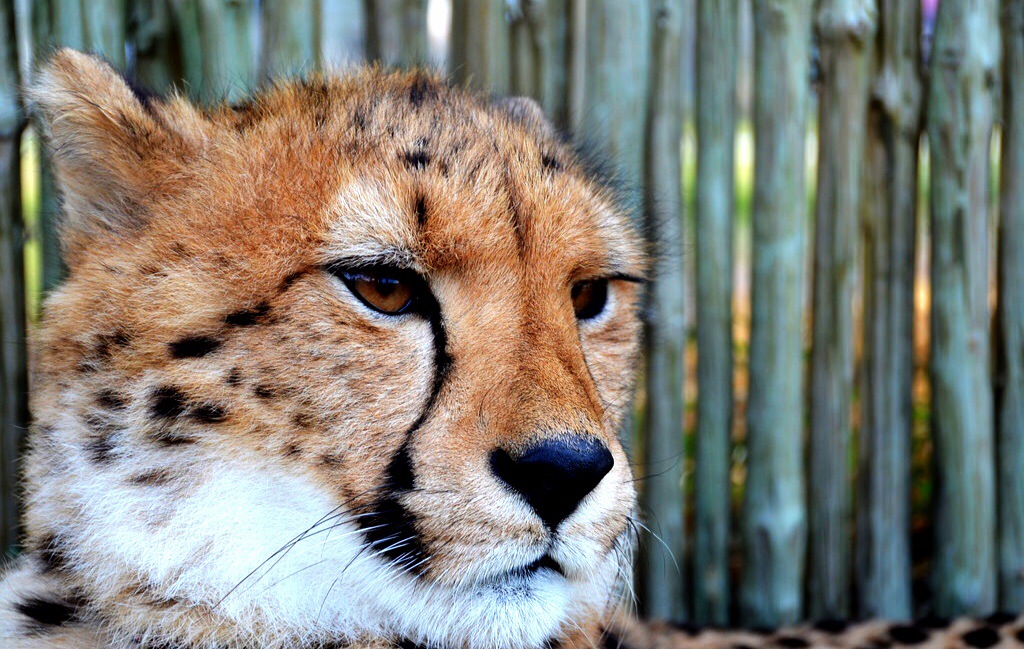 Even for someone like me who loves wildlife, it was daunting to be standing a few feet away from these beautiful but undeniably wild animals. It’s important though I believe, to see the cheetah like this, to demystify their danger and to appreciate them for the beautiful felines that they are. The two cheetahs wandered around with the volunteers for a while, a little annoyed by the interruption to their day, looking away from me every time I approached. Clearly I was not a threat and not even of interest to them. For me though there was nothing quite like standing in the middle of South African farmland, the beautiful mountains in the distance, hanging out with a couple of cheetahs. It was a unique and beautiful experience, but of course an important one as well.

Education really is the best way to conserve species into the future. The effort is longtail, no doubt there, but if people are not raised to understand the importance of saving animals species, then they will probably never ‘get it.’ The reasons for the decline of certain animal species in South Africa are varied and numerous, but if there’s anything that can be done, like the Anatolian shepherd program at the Cheetah Outreach, then we must try. I honestly don’t want the next generations to wonder what it was like to see a real, live cheetah.