I’m a big supporter of and believer in tourists. After all, unless you have permanently moved to a new place you are a tourist, sorry to tell all the slightly pretentious ‘travelers’ out there that, but it’s true. Several years ago I made the distinction between Touron and Tourist: a Touron is a Tourist who travels badly and they are ultimately the ones who give all of us tourists a bad reputation. Luckily there aren’t that many tourons out there but even those few can reform their ways. I’ve been traveling a lot lately and have had many opportunities to observe some tourons and I took careful note of what it is that made them touronic, a few of which I want to highlight here in the grand effort to reduce the outbreak of touronism in the future.

1. Don’t be mean – As kids our moms all told us to treat others as we would want to be treated; the Golden Rule. It’s incredibly basic but so many people choose to ignore their mom’s sage advice. For whatever reason I see this a lot in other travelers, the stress and exhaustion take its toll and people start to lash out. Even if they don’t lash out, they exhibit a lack of self-awareness that is at times troubling. While in London my partner and I visited the Tower of London and joined in on the free Beefeater tour. The groups for these are huge, but the tour is well done and worth it. There was one guy on the tour though that made it his life’s mission to be as close to the guide as possible, at risk of personal bodily injury. I don’t know why, but it was so important to him that he continuously pushed people out of his way, literally stepping on toes and being a jerk. Finally, as he was once again about to trip over my shoes, I held up my hand and politely asked him to slow down. As if broken from a trance he nodded and complied, whatever spell had been lifted.

You are not traveling in a special bubble. You are on vacation with thousands of other people, every one of whom wants the same amazing experience that you do. Travel isn’t a zero sum game, their happiness does not come at your expense so please just slow down, look around and exhibit the qualities of a decent human being.

2. Don’t be afraid – Fear is travel’s greatest enemy. It’s what keeps so many of my countrymen from ever leaving the shores of America and while traveling, it limits the experiences they will have. I’ve seen it many, many times; people are fearful of new places, the unknown and do a lot to create little tourist bubbles that they bounce along in. That’s the hardest thing, to first break out of that fearful bubble and to venture out into the unknown. But until you do, until you’re wiling to walk away from travel companions for an afternoon, then you won’t really be maximizing the experience. Sure, you can have fun in the bubble, but you can have a lot more meaningful fun once you break out of it.

3. Don’t eat at tourist sites – I’ve offered this bit of travel advice before, and I think it’s important to reiterate but I also think it’s emblematic of an overall travel ethos. Eating at tourist sites is the very worst thing you can do, not only for the poor quality of food but for the crazy prices as well. If you’re starving, just walk a couple of blocks in any direction and you’ll find something better. But it’s more than just about the restaurant. What I’m really saying here is don’t be a lazy tourist. Don’t give up on great local experiences because you don’t want to walk a couple of blocks. Sure, there are times when you have to give in and I get that. Your kids are screaming or it’s so hot you’d pay anything (and do) for a bottle of water. But minimizing these instances is key and minimizing a lazy attitude towards travel is also crucial. Don’t accept the path of least resistance; be willing to explore and trek out on your own because it’s those experiences that will ultimately be the most rewarding. 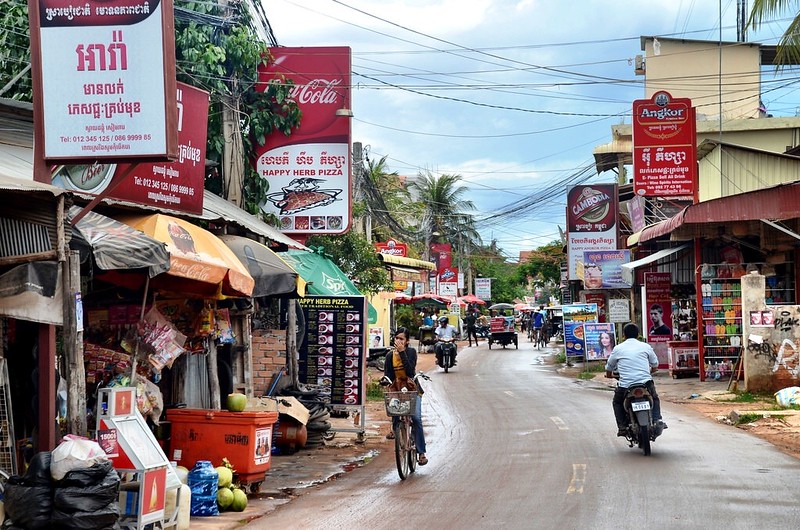 4. Don’t be obvious – I was on the metro going home the other day when a family of tourists jumped on board. How did I know they were tourists you ask? They had matching t-shirts. And they literally jumped on board the train instead of walking like normal humans, as if it was a magical carpet ready to miraculously transport them to their next destination. Two stops later the Dad whistled, WHISTLED, and yelled, “Next stop!” They dutifully left to go on their next well-planned experience. What’s wrong with this? Well other than the frightening lack of style, they were walking billboards saying “Please rob me! I’m not local and no doubt I am easy to fool.” They were incredibly obvious and that is what you want to avoid when you travel.

Being an obvious tourist is bad from a safety point of view and in some parts of the world you really need to be careful about that. I also think that it mentally sets you apart, limiting some of the special local experiences you might be able to enjoy. In many parts of the world of course it’s impossible to hide the fact you’re not local, but your demeanor and how you carry yourself is everything. While in Cambodia I sat at a café and watched people walk by. The local touts harassed most people, until a longtime resident went by. They recognized her of course and didn’t bother her, but she also carried herself differently. She walked with purpose and even if she didn’t know where she was going, exuded confidence. That’s important when you travel and a smart practice to stay safe.

5. Don’t overthink it – Trips are expensive, they eat up our hard earned vacation time and because of this we feel a lot of pressure to plan the best trip imaginable. The problem with that though is travel doesn’t work like that. You aren’t traveling to a static biosphere somewhere, you are visiting a place that is always in flux, which makes the concept of planning fun an inherently flawed one from the beginning. It took me a long time to realize this, but it truly is essential to not overthink your trips. Sure, do the basic planning of hotels and transportation and even some tickets for things once you get there. Do your research and be aware of the things you want to see and do, but don’t over plan it and certainly don’t overthink it. We’re all capable human beings, don’t let your surroundings intimate you into losing your inherent intelligence and common sense. Just do what interests you and see what you discover. The best travel experiences are the ones you didn’t know about before leaving home.

What other words of wisdom would you offer?