In spite of existing in a purely digital realm via by website, I have always had and probably always will a warm love and admiration for the travel guidebook. For a kid who never left the country until he was 17, old versions of them offered me my only to travel; opening my eyes to a whole world through the pages of a simple book. When traveling for pleasure I almost always buy small ones, to get me excited about the upcoming trip if nothing else. I of course combine them with detailed online research, but it is still nice frankly to have a hard copy in hand; if they’re useful. That’s the problem with many guides, they just aren’t as useful anymore which I sadly discovered on a recent trip to London.

I’m talking about timeliness in this instance. I think that we can all agree that guidebooks are out of date the instant they are published. Restaurants and stores close and open all the time; attractions go through changes in price and schedule and since many guidebooks no longer print annual editions, the accuracy of this information is an issue. But that’s not what I’m talking about, no, I’m talking about the basic information presented and how it can be sometimes misleading to tourists. While I had some problems with the guidebook, I also want to point out a couple of things it was very accurate about, to prove I really do like and appreciate guidebooks. 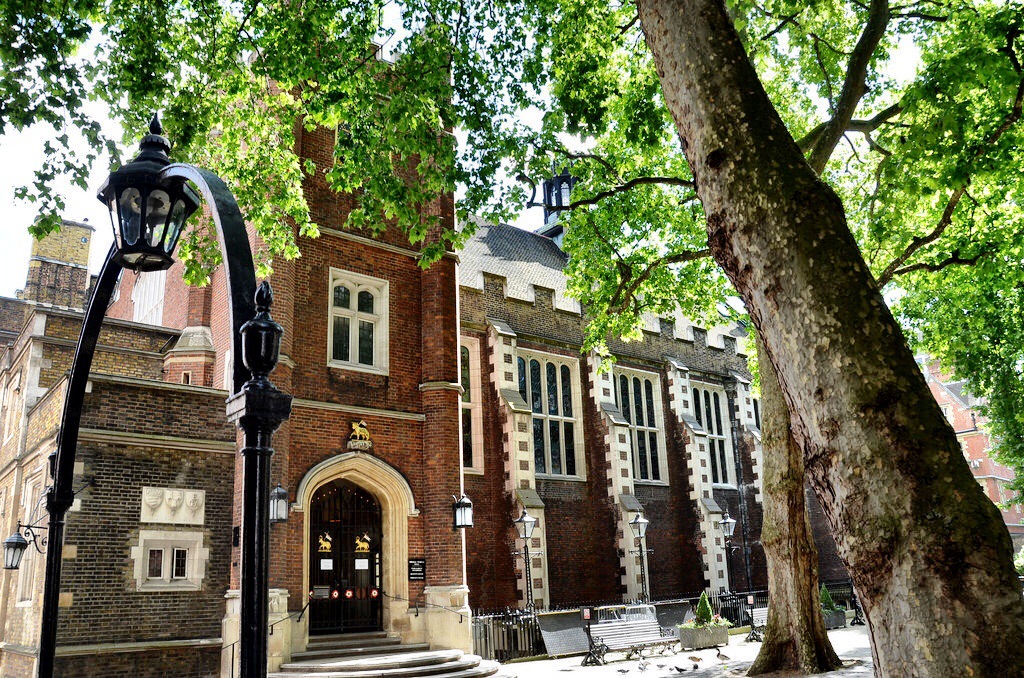 1. Inns of Court – I love history, as in I may be a bit fanatical about it. For some reason I particularly love religious history, although I’m far from being a religious person. The last few times I’ve visited London there is one site I wanted to visit but just didn’t find the time, the Temple Church. A beautiful Crusader church that recently gained some fame in Dan Brown’s The Da Vinci Code it was important for me to see it. Learning that it was near the legal headquarters of Britain, something I thought would interest my partner who is an attorney, it seemed like the perfect tourist stop. Reading through the guide book, the author mentioned the Inns of Court and Temple Church, saying both were indeed worthy of a visit and in particular that the Inns of Court was worth getting lost in. Cool, I love neat little areas with hidden historical interest everywhere and so we tried to find the church.

Try is the operative word, the map in the book soon proved to be of little use and it took nearly 30 minutes of asking before we finally divined the proper direction. Getting there wasn’t easy, and we got what I call “lightly lost,” through the Inner and Middle Temples. Annoying, but not the worst thing to happen. There were no cute, hidden areas though. Just car parks and offices because that is ultimately what it is – a vast labyrinth of offices. We eventually found the fabled church, which sadly, was closed for the week due to a private recording going on. I was disappointed but eager to cut my losses and get on to our next destination without wasting any more time. It became quickly obvious that the Inns of Court were of no interest and I can’t imagine walking around some offices being of any interest to anyone, but that’s subjective. What isn’t subjective, and what the guidebook omitted, was that many (all but 1) of the doors and gates leading out of the maze of arches, alleys and lanes are locked on the weekends. We were there on a Sunday. 45 minutes later and after I nearly scaled a spiked fence to escape, we found our way out into the free world, breathing in that sweet taste of liberty in huge, pelican-like gulps. My problem with the guidebook on this one is that either the author never actually visited the Inns of Court or is a liar; neither option a particularly good one to be honest. There is nothing to see in this area, they are offices for lawyers and nothing more. Are they historically important? Yes, but so is Washington’s outhouse, that doesn’t mean I need to see it. Guide writers need to be honest, they need to save us the reader time and money by not pretending something is great in an attempt to not offend anyone. And whatever you do, enter the church grounds during the week, from Fleet Street. Now that’s something you won’t read in the guide. 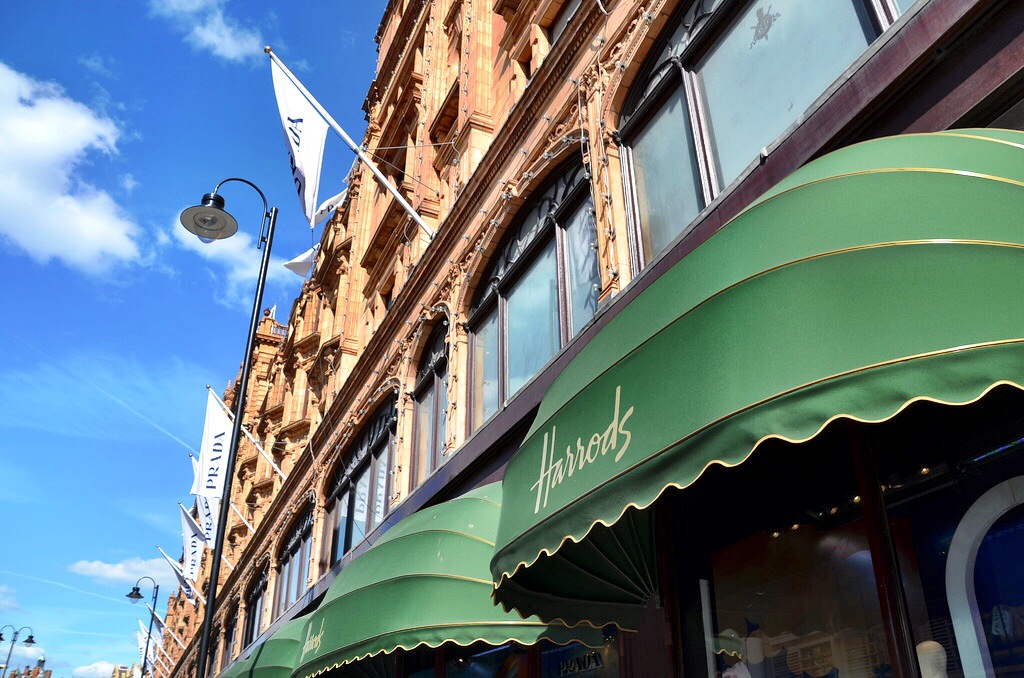 2. Harrods – Our guidebook calls Harrods “big yet classy”. And I will admit that the store is a culturally important one, influencing world shopping trends since the 1800s. And yes, the Food Hall is amazing and if one has the time and inclination, plan a short visit. But for the author to devote several paragraphs on what to see and do there is absurd and ridiculous. My experience in Harrods, and my attempt to spend a £300 gift card, was a frustrating exercise in futility that ranks near the top of my worst life experiences ever, right below root canals and the death of our family dog, Lady.

Surely you think I’m exaggerating, but I’m not. Harrods is still laid out the way it was decades ago (many of them), which is cute but there is a reason why stores are no longer constructed this way. It’s confusing as hell and horrible for the customer experience. Other than that it’s fantastic. So in order to spend this gift card, which I immediately learned was several thousands pounds shy of buying anything except for a pair of socks and potentially a small candy bar, I wandered through the highest end couture names in the world in my Cape Town t-shirt and camera strapped around my neck like a dope. Shopkeepers looked down on me in a way that only Julia Roberts in Pretty Woman can understand, except that I didn’t have a rich and handsome ‘client’ to save the day. The entire experience was wretched and once we finally, after angst, handwringing and consternation, found an elusive item that cost less than 500 quid, I ran out vowing never to return. The book doesn’t say this. The book fails to mention that the store is a maze that would have confused Theseus in his quest for the Minotaur or that unless you own an oil field or diamond mine, then shopping here probably isn’t in the cards. No, instead the book advises visit the “palace of department stores”. What pure and utter crap. 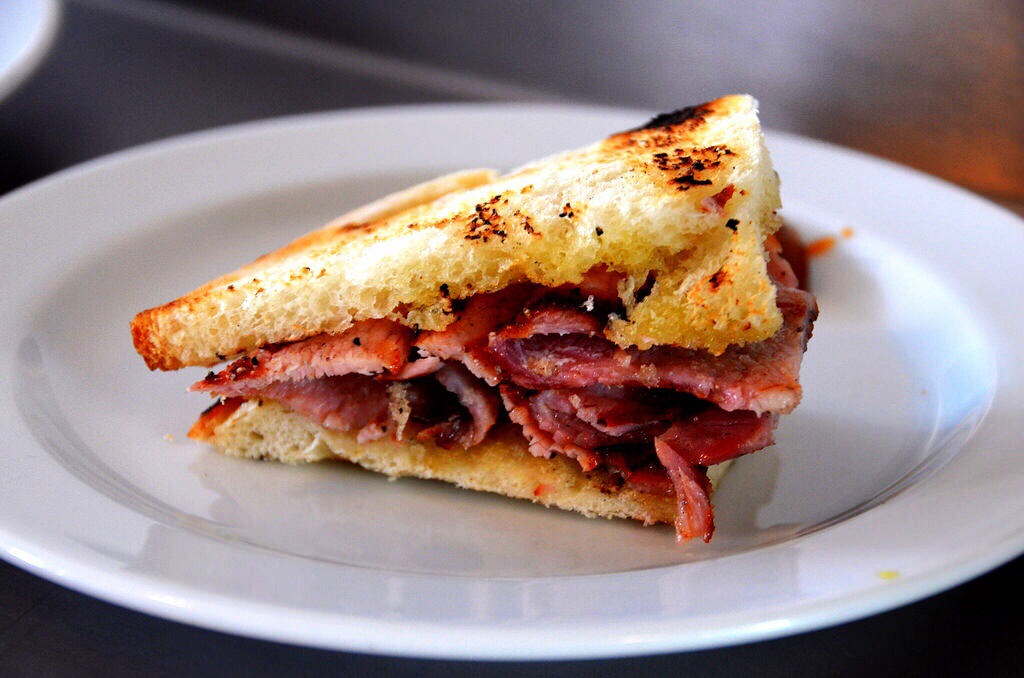 3. Hotel and restaurant reviews – Ok, to be fair these are utterly pointless in any guidebook due to the fact that the recommendations are out of date as soon as the book is printed. This is especially true for London though, which has a vibrant and always changing food scene. While there are many fine, fancy restaurants that probably aren’t going anywhere anytime soon, that’s not necessarily why you go to London. You go for the dive restaurants, the curry shops and whatever piques your fancy as you explore new neighborhoods. Hotels are just as pointless because the writer didn’t stay in all of them, so why include them? Also the books never cover ALL of the hotels, so again, what is the point? Online resources for both hotels and restaurants are far superior to anything you will find in a guidebook.

4. Tower of London – I had skipped visiting the Tower of London on my previous visits to the city for two main reasons: cost and crowds. The idea of spending a lot of money to deal with thousands of tourists made me nauseous. But I also live by the travel ethos that sights are usually popular for a reason, so it was with guidebook in hand that I cautiously approached the Tower of London experience.

The book acknowledges this to its credit and instead of poo-pooing the experience, offers great advice on how to get the most out of the experience, including things I wouldn’t have thought about. The first is the crown jewels, arguably the most impressive display of royal gems on the planet. The book advised to beeline for the exhibit upon arrival in order to avoid crowds. We followed the advice to the letter and walked right in, no lines or anything. It was a nice exhibit but I was very happy not to have spent 30 minutes in line to see the jewels. The second bit of advice I loved was to take the Yeoman Warder (Beefeater) tour, which is free and offered every 30 minutes. I would have skipped this since each tour had hundreds of people on it, but it was a great experience, just the right length and I learned a lot. Our time spent at the Tower of London was a highlight, thanks in large part to the advice in the book.

5. See a play – This is another experience I have previously avoided due to cost and time, but on this trip I decided to just go for it. The guide rightly lauds London’s theater scene as one of the best in the world; rivaling only Broadway for the number of shows on offer and their quality. Many are located in the city’s West End between Piccadilly and Covent Garden in a dazzling array of bright lights and a buzz of excitement. Not trusting day-of deals, I followed the book’s advice and purchased tickets well in advance which was smart since the show I wanted to see sold out soon afterwards. Our evening seeing Jersey Boys in Piccadilly was the best evening my partner and I enjoyed in London. It was a fun show and the experience of being in an old, West End theater was a treat in itself. Not unlike Broadway, the totality of the evening, from dinner to post show drinks or snacks is what it’s all about. The guide book rightly suggested that seeing a play is a must-do activity and I’m so glad that I followed that advice.

What London experiences do you think guidebooks have get right or wrong?

6 thoughts on “Five Things London Guidebooks Get Wrong (and Right)”