I personally think South Africa is beautiful from just about any angle. Looking across its savannahs, looking up from the depths of the water, even gazing down across valleys and plains. The one angle I had never considered before was from directly above, a unique perspective I recently had the chance to experience.

The Overberg is part of South Africa’s Western Cape and lies just an hour or so from the great magnet of the south, Cape Town. Locals have long known about the stunning scenery and amazing outdoor adventures on offer there, but it’s only recently started getting attention from non-locals. That’s why I was there, as a guest of the amazing Grootbos Lodge to see for myself what makes the Overberg so amazing to visit.

I only had a day in this beautiful region, but made the most of the stay; one of the highlights of which was a once-in-a-lifetime flight in a single engine Cessna over the beaches of the Overberg. Standing on the dirt road I could scarcely imagine it being suitable for cars, much less a plane but the flapping windsock nearby was proof enough for me that a plane ride was indeed in my imminent future.

Evan Austin has been flying planes around the Western Cape and all of Southern Africa for years. Not unlike so many other folks, myself included, he gave up an otherwise successful career to follow his passion in life, which for Evan is flying and his company African Wings. Doing everything from private safari runs up to Namibia for discerning guests to daily whale watching tours, Evan has come to know the Overberg better than perhaps anyone else. I was banking on that though as I nervously climbed into the 3-seater plane, donned my headphones and waited anxiously for takeoff. 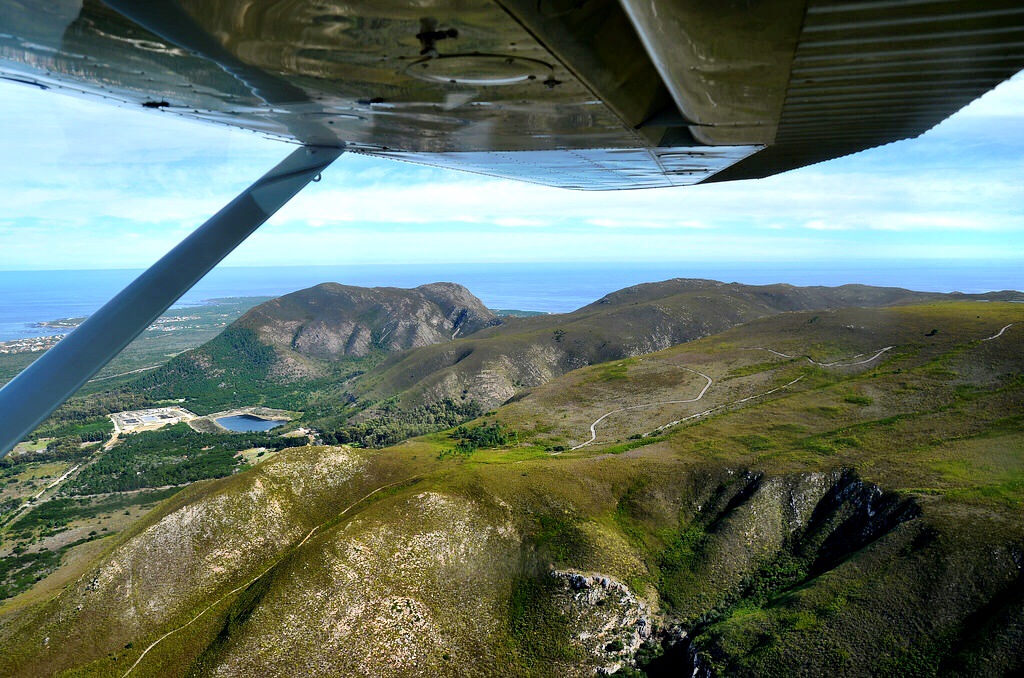 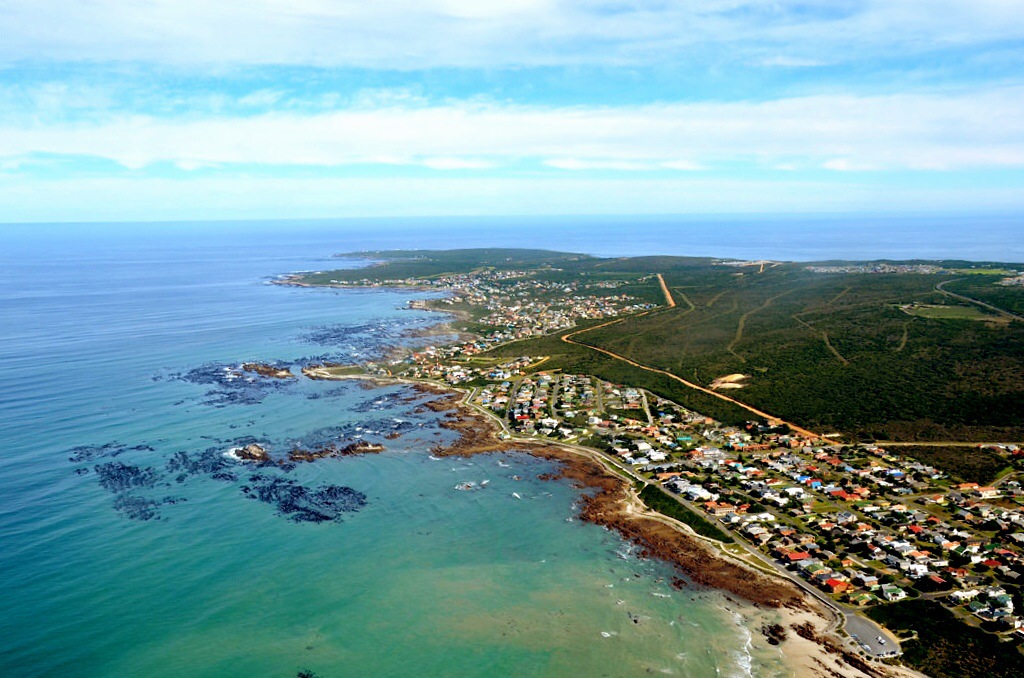 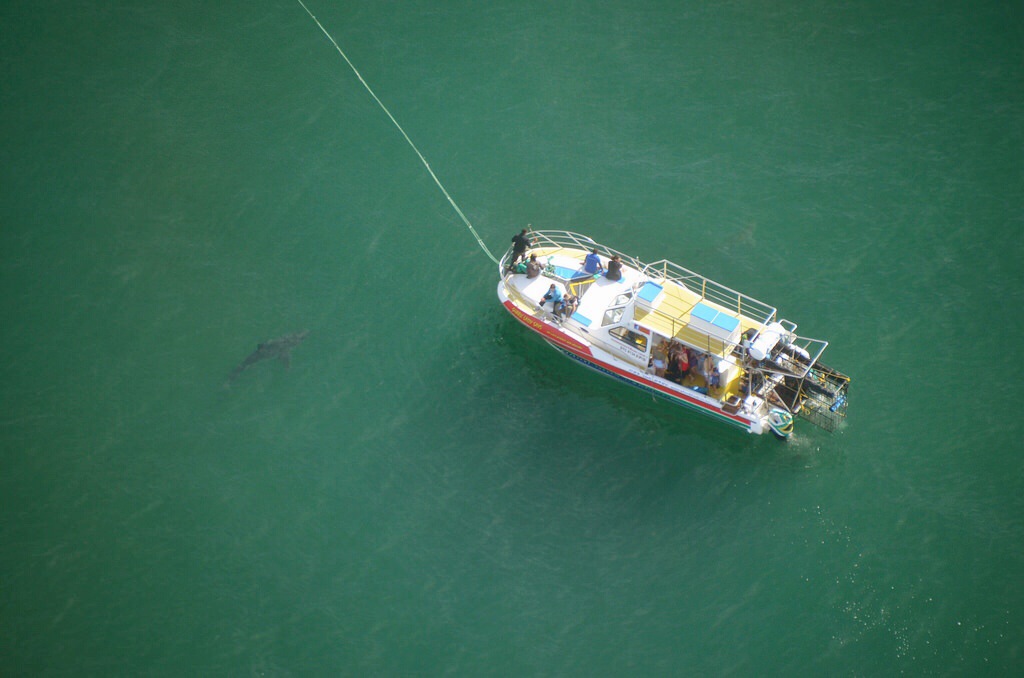 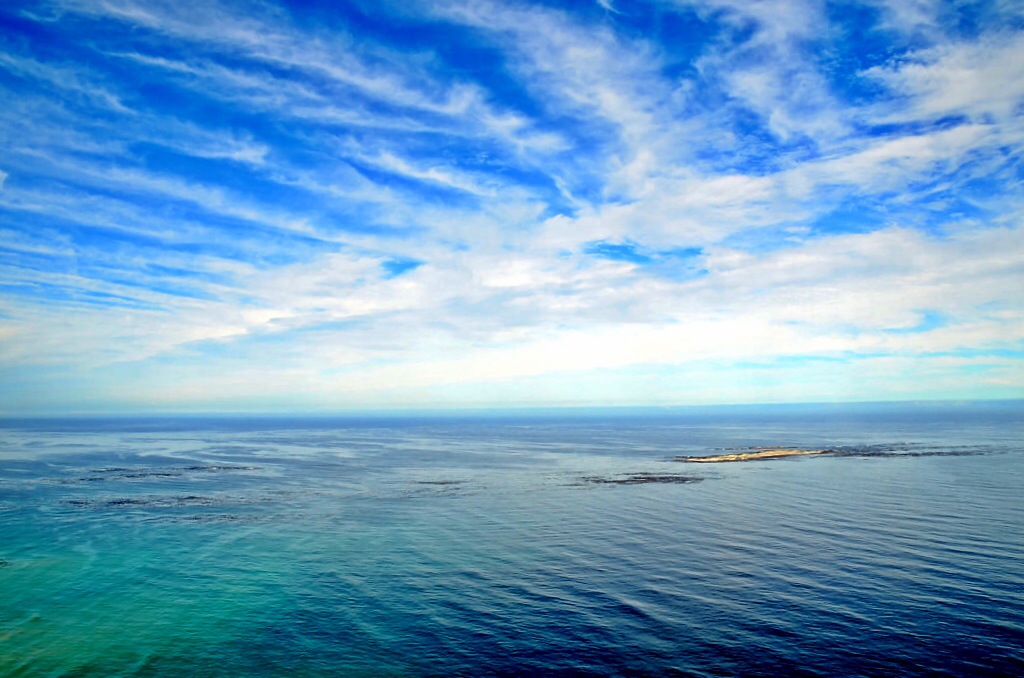 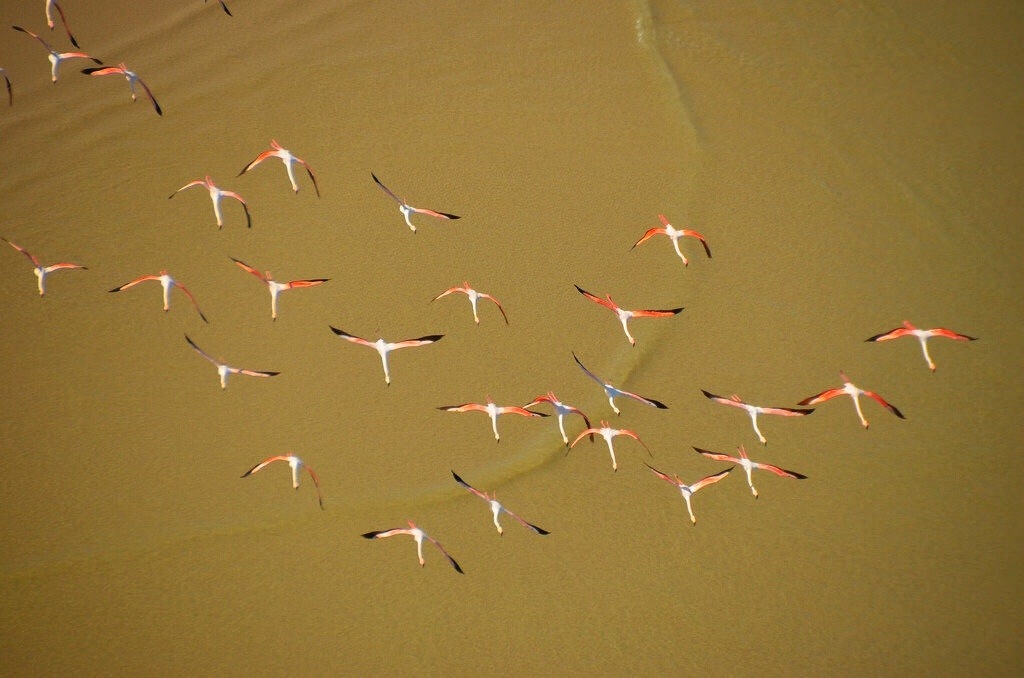 I’ve been in helicopters and even hot air balloons, but nothing prepared me for the unique thrill of climbing into the sky in a small, single engine plane. The sensation of flying is there but at such a low altitude that you feel as if you’re part of the landscape itself. As Evan took us over the valleys and mountains below, I eyed the vast expanse of blue in front of us and hoped that was our next destination.

Following the contours of the beach below, we flew over some of the most beautiful and well-preserved shoreline in the world. The folks in this part of the world long ago made a commitment to preservation over development; the result is the untouched natural wonderland the Overberg enjoys today. It’s an active place though and we flew along following dive boats in search of Great white sharks, spying easily how the massive giants of the sea circled the boats like a hunter narrowing in on its prey. We were natural voyeurs, observing giant pods of dolphins as they played in the waves, surfing along as we would. Being up in a small plane also provides a unique opportunity to see things you would never encounter on land, like a large flock of pink flamingoes, flying off into the distance; one of the rarest wildlife encounters in the world. 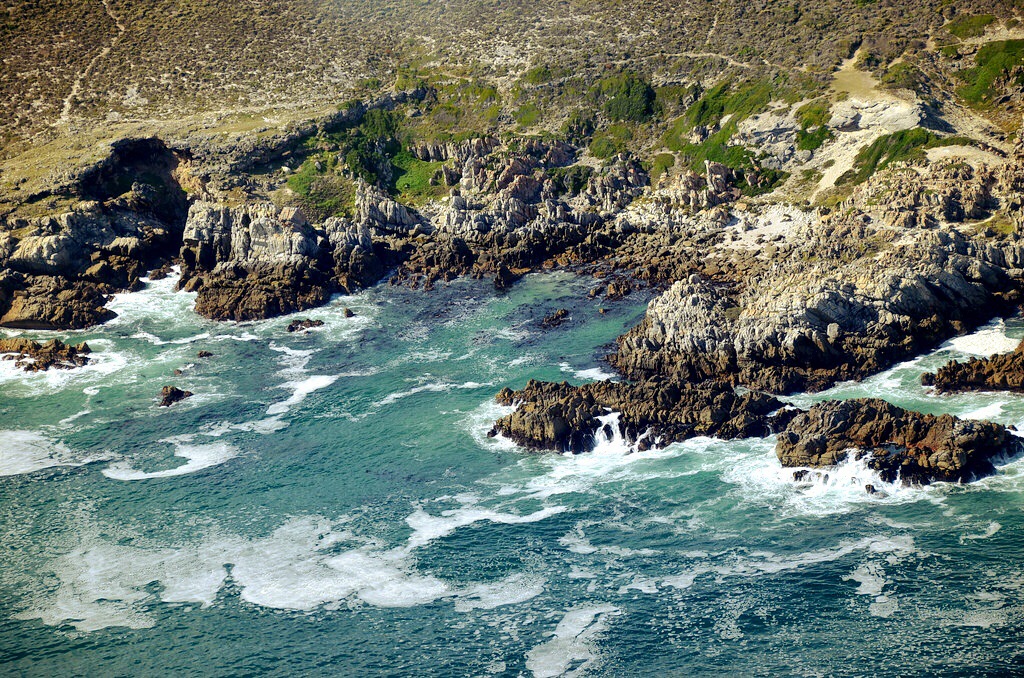 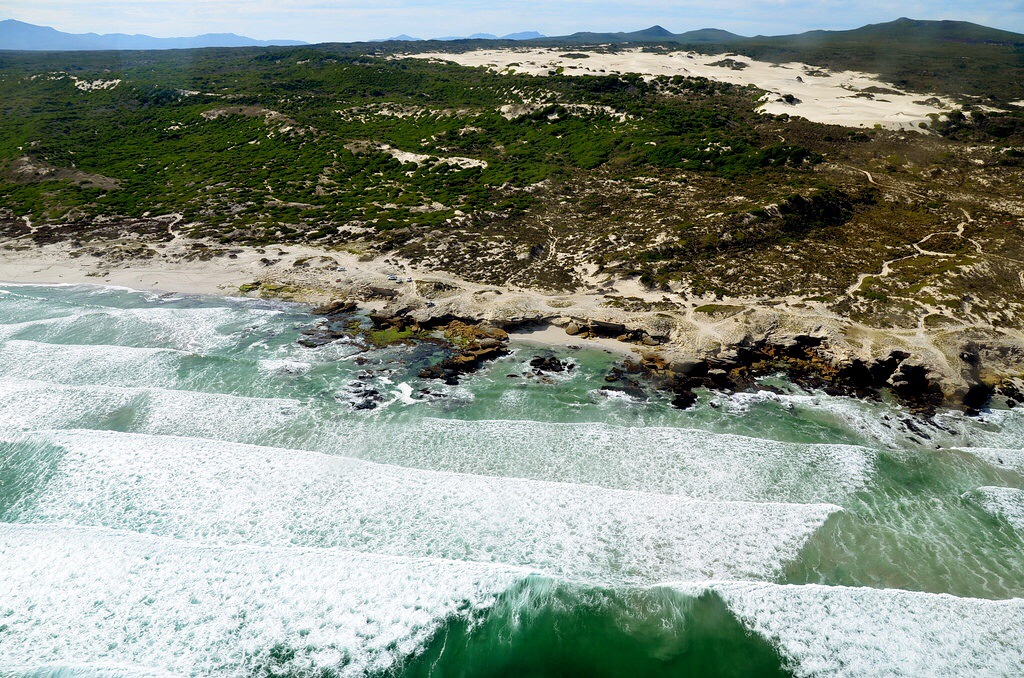 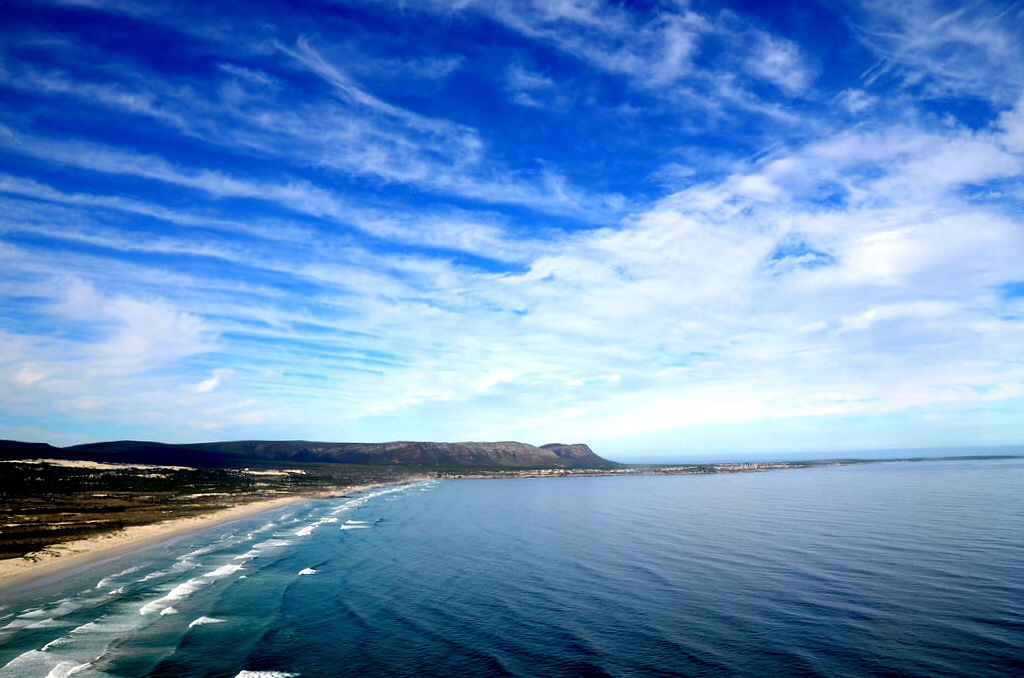 The trip wasn’t a long one, but it didn’t have to be. Within 30 minutes I saw more of the Overberg than most people do on an entire visit and more importantly, I understood why everyone there is so very passionate about living there and sharing it with the world. It’s a shockingly beautiful region in a country full of shockingly beautiful landscapes.

Have you been on a scenic flight? Where was it and what did you think?

The #VisitOverberg campaign was part of #Stellenblog, created and sponsored by the Grootbos Private Nature Reserve and Destinate in partnership with  iambassador. LandLopers retains all editorial control of what is published and as you know, I never shy away from honest commentary.