While it may seem somewhat counterintuitive, I am a fairly conservative guy. I don’t mean Big C as in politics, but little c in how I carry myself, what I wear and what I do. That’s why I was a little surprised that I enjoyed my time in Hamburg as much as I did, a city that is anything but little c. No, it’s a liberal, come as you are kind of town and one of the most unusual areas of town quickly became my favorite, the old Warehouse District known as the Speicherstadt.

Hamburg has long been an important port city, fueling the imperial ambitions of many a leader. At the heart of this commercial success was the turn of the century Warehouse District, the largest timber-pile founded warehouse district in the world that is nearly a mile long. More than just a utilitarian storage area, the district was constructed with design and grace in mind. Small little alcoves and ornamentation can be found everywhere, an Easter egg hunt for the curious. 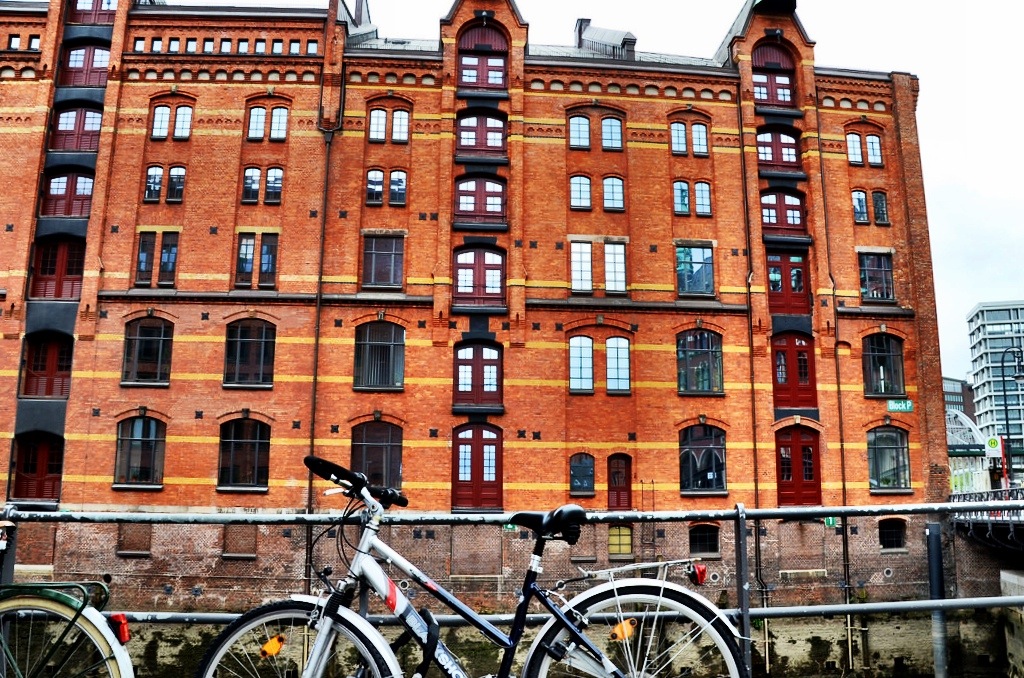 Biking is the best way to experience Hamburg and that’s what I found myself doing one rainy, Saturday morning. Hamburg is in a meteorologically turbulent part of the world where frequent rainstorms are normal, but never overly traumatic. The grey skies were the perfect backdrop it turns out in my exploration of this beautiful but slightly spooky part of town.

Standing there on one of the many bridges that link the warehouses together, I couldn’t help but marvel at how quiet it was in comparison to how insanely busy it must have been at its peak. Goods from around the world passed through these storage areas, from coffees and teas to rugs from the Middle East and the Orient. Here’s an odd fact, the warehouses are still sometimes used and as recently as 2005, the companies in the Speicherstadt handled one-third of the world’s carpet production. Facts and figures don’t tell the whole story of why a visit to the Speicherstadt is so much fun for a tourist, no for that you have to have an open mind and attention to detail.

At first glance the idea of wandering around an old warehouse district may not seem all that interesting. But once you slow down and start really looking at the intricate detail found throughout the district, that’s when it becomes amazing. Small islands oddly placed in the middle of the river, intricate bolts machined into amazing patterns and the sheer immensity of industrialization present is in itself urban beauty at its best. Built in a time when many people still lived in villages and farms, the Speicherstadt was a beacon that industrialization was here to stay and that it was indeed a force to be reckoned with.

Today the district is part of a massive urban redevelopment project incorporating HafenCity. It’s an attempt to take old docklands and reimagine them into something new. Building is ongoing and while some shops and apartments are open, the district has an eerie, ghost town feeling to it. But there is also an energy and you can sense that big things are going on. Luckily part of that redevelopment means preserving the Warehouse District in all of its steampunk glory. While so many of these 19th century monuments to progress have been torn down around the world, Hamburg is committed to saving this one and for that I am glad. 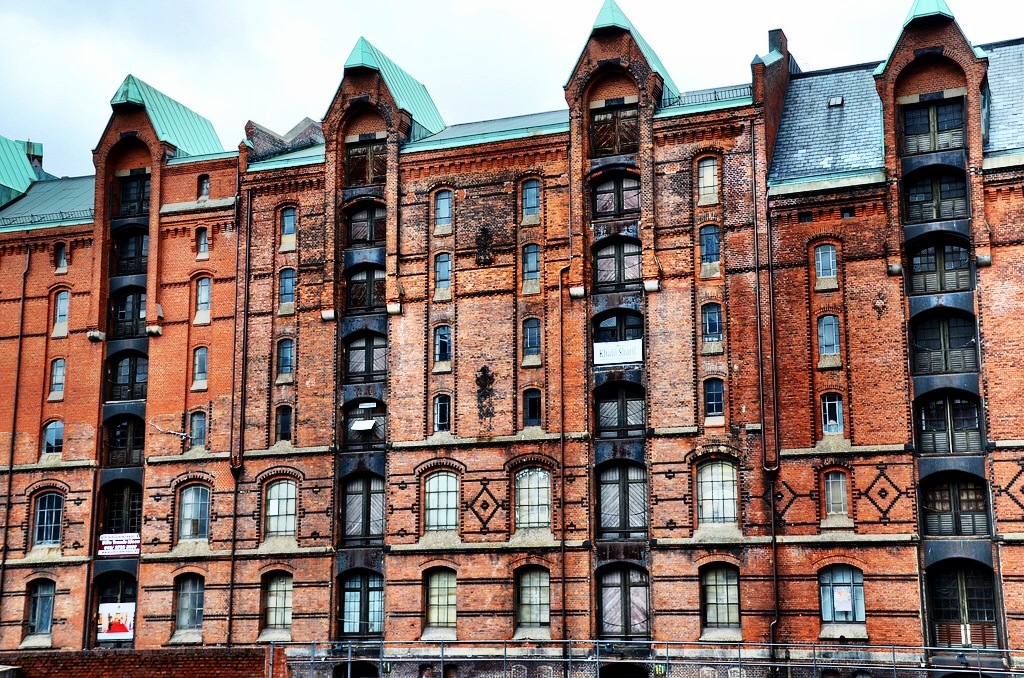 The Speicherstadt is a new kind of tourism, one that places like the High Line in New York and the Hofbogen in Rotterdam have helped usher in. It’s a recognition that urban beauty is no less important than a nice mountain or coastline; that it is just as important to visit as famous monuments and cathedrals. Areas like the Warehouse District in Hamburg are important not just for the cool factor, but because they help tell the story of us, our lives, where we have been and without a doubt where we are going.