I love politics, always have and always will. International politics in particular is something I have always found fascinating and indeed was something at one time I wanted to pursue as a career. (Analyzing, not doing) While that never panned out, my love of government still persists and so it is common that I find myself touring foreign parliaments and government buildings, soaking up the process that defines the modern state. It is rare though that I find something as interesting and beautiful as what I discovered in Berlin when I visited the Bundestag, a tourist site unlike anything else I have found around the world – The Dome.

The rebuilt Reichstag building in Germany is a symbol not only of the country’s past, but its future. Resurrected after reunification, it is where the Bundestag, the German parliament debates and works. From the outside it is indeed an imposing structure, dark stone and mammoth columns demonstrating to all who visit that important and weighty matters are considered inside. Visiting the Reichstag is not a spur of the moment activity though. In order to get in to see the famous dome, you have to apply in advance and from my own experience I recommend doing so as far in advance as possible. Entrance is free, but visits are timed so that people don’t have to wait in ridiculous lines to see one of the most beautiful features of any government building in the world. 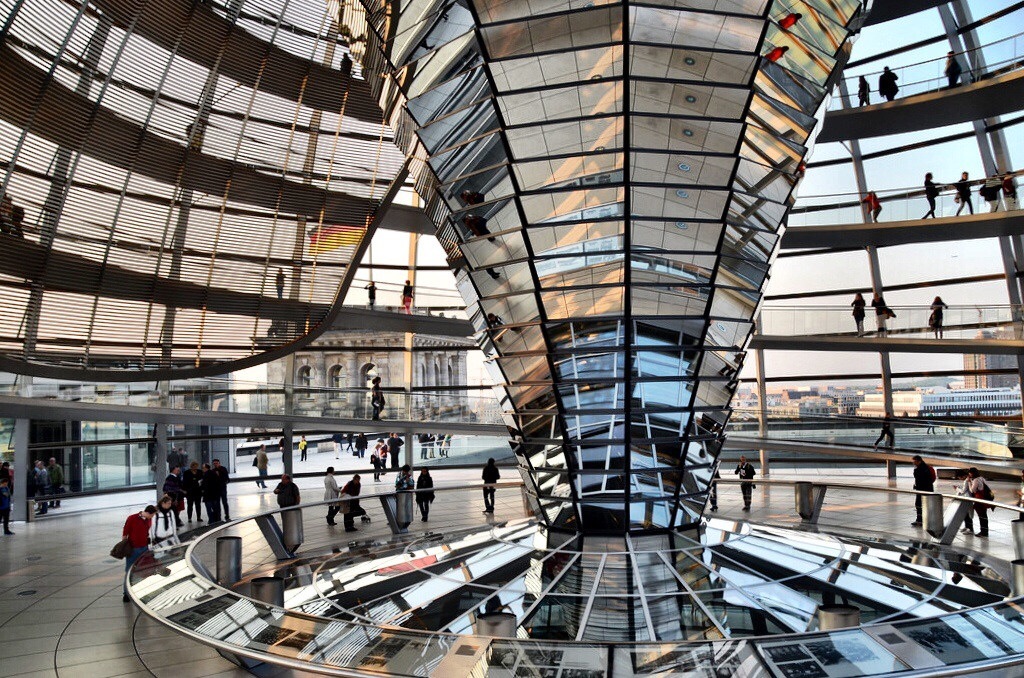 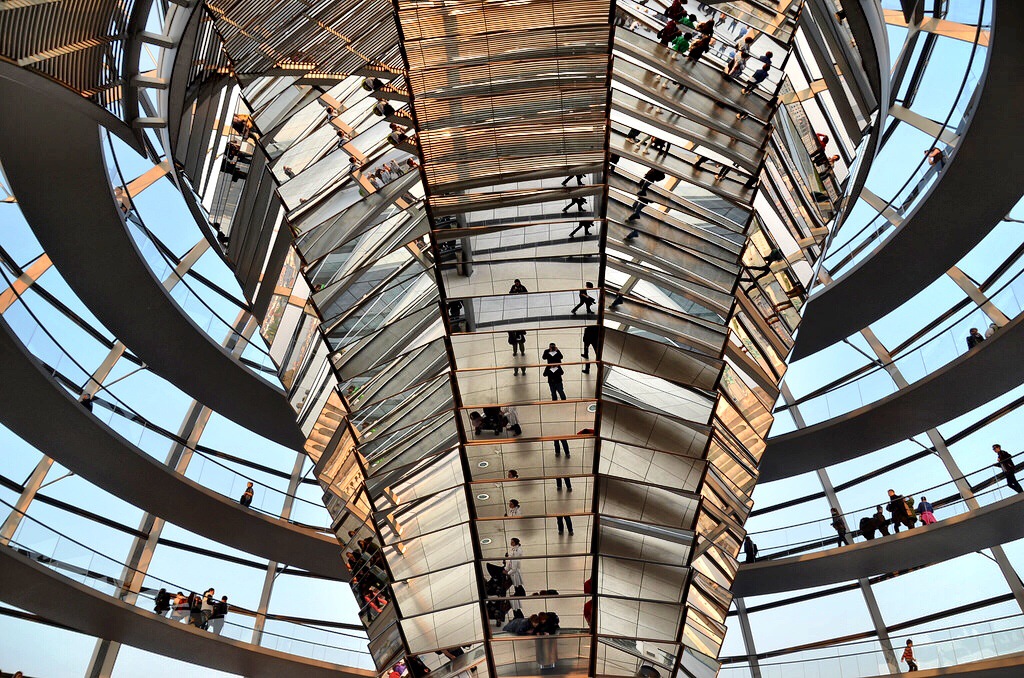 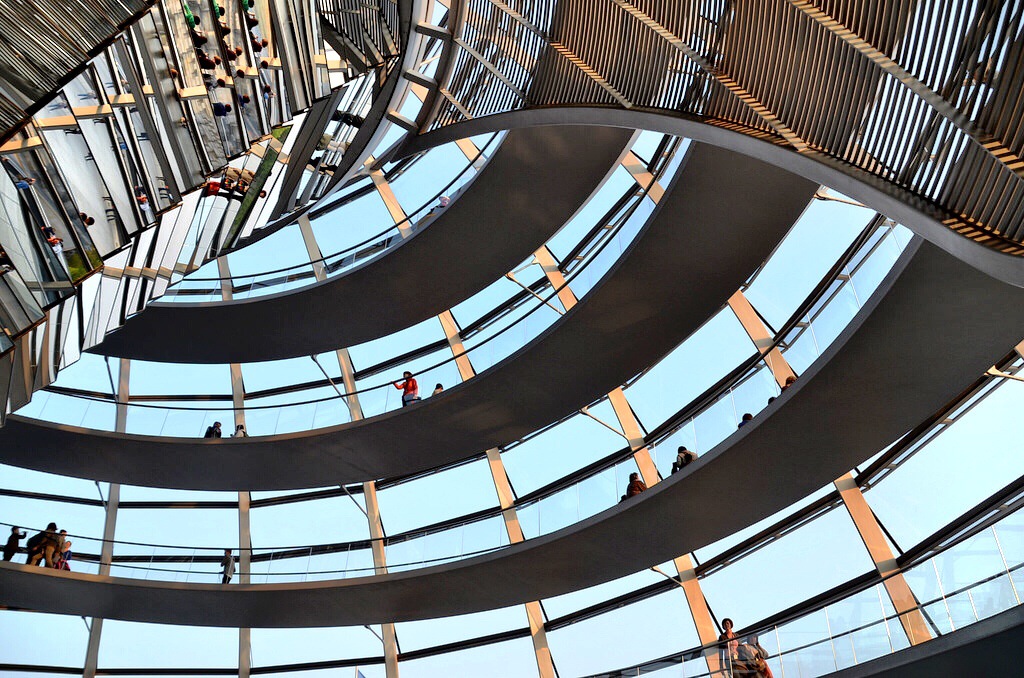 After going through security and ascending to the top of the Reichstag via elevator, I exited to find myself in front of a mammoth glass structure, the legendary Dome. The large glass dome offers a 360-degree view of the surrounding Berlin cityscape and below it you can peer down into the heart of the Bundestag itself. The mirrored cone in the middle of the dome directs sunlight into the building and offers visitors a rare glimpse into government at work. This was done purposefully, to show that the people should always be above the government and not the other way around.

It is this attitude that I loved most about Berlin. They do not shy away from recognizing the atrocities in the country’s past, but they do so always with an eye towards the future. A symbol of reunification and hope for the future, the Dome is the perfect representation I think of modern Germany. Walking along the curved walkway inside of the Dome, the views of the city truly were remarkable. It sounds prosaic, but being inside the Dome was one of the coolest things I have ever done. It didn’t hurt that I was there at sunset and was able to capture the city as it transitioned into the gloaming. The soft rays of the Golden Hour transformed the Dome into a bright beacon, shining light all around it. 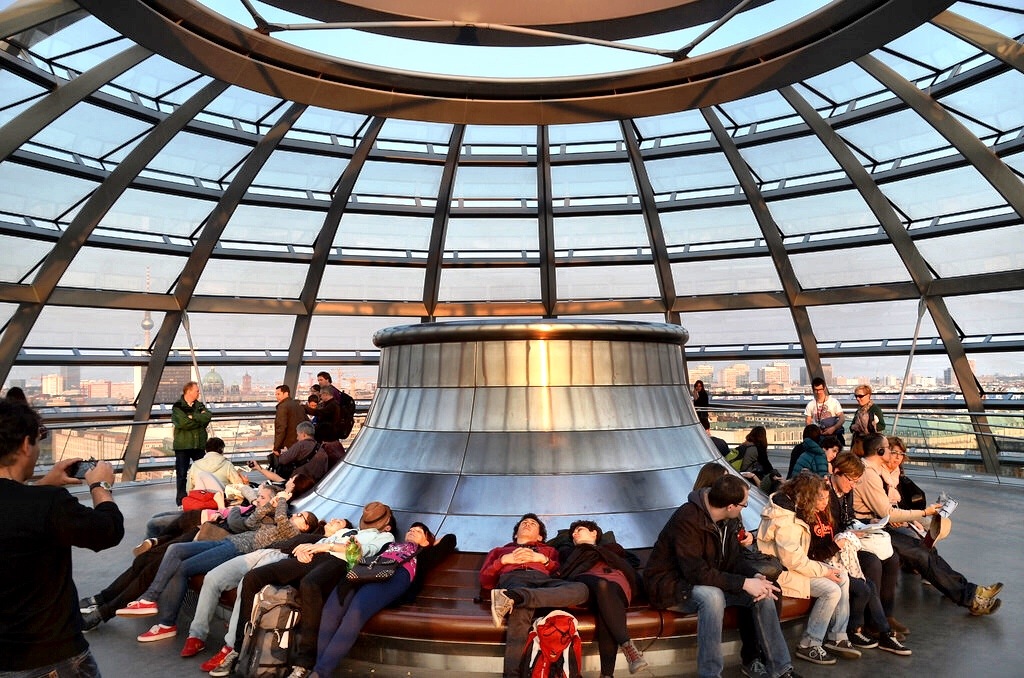 I left happy, not for being at the seat of the German government, but for the opportunity to learn more about the city of Berlin and Germany as a whole through something as simple, but powerful, as a bit of design and architecture. You never know when these beautiful travel moments will happen, but when they do they make everything that much more special.

Have you been to The Dome? What did you think?