If you follow me on social media (and you should really follow me on social media) then you know I recently returned from a remarkable week in one of my favorite places to be – South Africa. More specifically though, I was there to see the Stellenbosch region and to find out for myself what makes it a world class travel destination. I was there in partnership with the Stellenbosch Wine Routes, but all thoughts, words opinions and photos are always mine.

Where is it and how do you pronounce it? 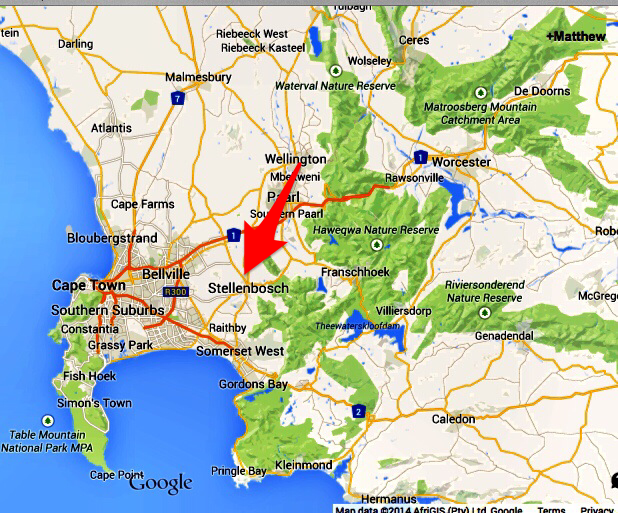 The city of Stellenbosch is located about 30 miles from Cape Town in the Western Cape. It’s extremely accessible, almost as if the original settlers who first started the community in the 17th century could see tourism in their future. In all honesty though, that really is one of the most appealing parts about visiting the city and surrounding region replete with wineries, farms and amazing views. It is convenient, especially for a first time visitor who already has Cape Town on their schedule.

Pronouncing it is a different matter and my own failing at Afrikaans does not help in giving language tips, but if you’re going to try it is fairly simple with no hidden guttural utterances to be found. It’s an interesting point though; upon my return home a friend asked if language was ever a barrier for me and it hasn’t been. South Africa has 11 officially recognized languages and while surely no one speaks them all, English is the most widely spoken language around the country. In the Western Cape you will hear plenty of Afrikaans accents, no doubt there, but just because you can’t pronounce the name of the restaurant or the winery it doesn’t mean you won’t be able to navigate around the wine routes and still have a great time.

When we travel I think we have a natural inclination to compare new places to the ones with which we are familiar. This happens in the travel world as well which is why Bangkok is the “Venice of the East” and Buenos Aires the “Paris of South America.” But those monikers aren’t true, not really. Instead they’re a way for newbies to the countries to feel more relaxed, to be able to relate and understand things faster. Not only that, but I think they demean the destination; as if it can’t stand on its own.

With that in mind I could tell you that Stellenbosch is the Napa Valley of South Africa or, if you’re Australian, the Margaret River or Barossa Valley. But it’s not. It’s the Stellenbosch region and it is its own separate, wonderful and distinct experience.

That’s not to say that the Stellenbosch Wine Routes don’t have a lot of similarities to other notable wine regions I’ve visited, they most certainly do. They’ve been making wine in South Africa longer than the French have in Bordeaux (don’t tell the French) and so they frankly know a thing or two about the process. The Stellenbosch Wine Routes represents more than 200 wine and grape producers within the boundaries of the Stellenbosch Wine of Origin classification. Each one is maintained by people with a passion for the product and who are frankly creating some amazing wines. Pinotage, Chenin Blanc and unfussy Chardonnays are just a few of the many types of wines you will try when visiting.

But the region is about a lot more than the wine, and as with many other similar destinations the foodie side of the experience has become an attraction in its own right. Some wineries embrace this food-centric element and incorporate it into their overall visitor experience, like the Waterford Wine Estate that was the first in South Africa to match wines with chocolates, chocolates they create themselves.

Leaving the farms there are seemingly countless restaurants where some of the top chefs in the world descend to ply their talents, to shock and amaze and to complement the overall wine experience. I’ll share their stories in more detail, but examples like Tokara chef Richard Carstens who is a former elBulli disciple but whose talents are now for all to enjoy in Stellenbosch prove the foodie influence. It’s not just fine dining that is elevated, even the simple bakery experience in Stellenbosch is transformed into something extraordinary, as it is at the Schoon de Companje in downtown Stellenbosch where master baker Fritz Schoon and his family have created a remarkable culinary experience that highlights his doughy creations but in a way you’ve never before seen. 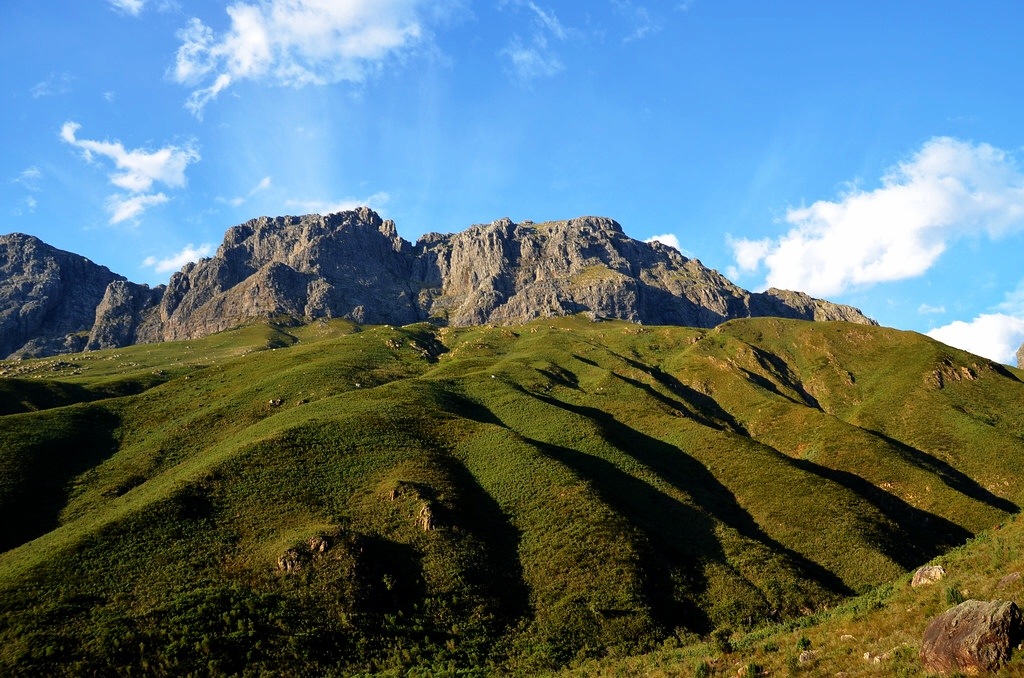 At this point you’re probably thinking that this sounds more like an ad than a well-rounded post, but that’s not my intention. I’m fresh off of my trip there so I’m still in my gushing phase, but in this case I absolutely believe it’s warranted. As with all of my previous experiences in South Africa, there is something special here and it radiates in every facet of the travel experience.

Stellenbosch is about far more than its food and wine though. It lies in the Western Cape region of South Africa, arguably one of the most beautiful in the country and a personal favorite that I first discovered two years ago while visiting Cape Town for the first time. There is a preponderance of natural beauty here that in any other country would be the star of the show. One quick example, I was walking along a quiet bay, Walker Bay, in Overberg when I thought that something was missing. The shorelines stretched out forever, and the only sounds were the waves crashing and a few errant seagulls. What was missing? The people. In many other countries a spot as perfect and pristine as this would be overdeveloped with condos and hotels. Here it was empty, planned perfectly so that generations to come will be able to enjoy in its natural form.

That is what makes this part of the world so spectacular. Everyone who lives there firmly believes that they live in the most beautiful place on the planet, and who knows, they may be right. But they’re not arrogant about it; in fact I’m not sure they want the world to know. What they do want is to be able to preserve what makes it so remarkable so that it can be enjoyed forever. That’s pretty amazing if you think about it.

Over the coming weeks and months I will share with you the stories of Stellenbosch and her people. They are stories not just of wineries and fancy dinners, but entrepreneurs in the townships trying every day to make a living and the stories of unpretentious local stars who want nothing more than to live a happy and fulfilled life in South Africa. I hope you’ll read them and begin to understand as I do that this is about much more than wine, Stellenbosch transcends that and is something so much more special and defined than some of those other more notable regions around the world.

Have you been to Stellenbosch? What did you think?

This campaign was created and sponsored by the Stellenbosch Wine Routes and Destinate in partnership with  iambassador. LandLopers retains all editorial control of what is published and as you know, I never shy away from honest commentary.

8 thoughts on “Stellenbosch: Where It Is and Why You Should Go”