A few months ago my partner and I were in Australia on vacation and found ourselves spending the evening in Adelaide, a weigh station between activities. Before my visit, I had never given the capital of South Australia a lot of thought. I don’t mean that in a negative way, I never thought it was a bad place. I just suspected it was a standard Australia city; clean and pleasant but not really all that notable. Within minutes of arriving though I knew I had been wrong and I was frankly shocked by the city with which I was presented.

Stretching our legs after a two-day trip across Western Australia and the Nullarbor Plain onboard the Indian-Pacific train, we were met at the station in Adelaide by the affable Mary Anne Kennedy. Owner of a local tour company A Taste of South Australia, I had reached out to her for some help in showing us the highlights of her city in just a few hours. I know, I know, it’s impossible to get to know a city in less than a day, but sometimes you just don’t have a choice. We were bound for Kangaroo Island and Adelaide was a place to spend an evening, but I wanted to make sure I saw as much of it as possible and Mary Anne was the perfect choice for that. (If we had had more time I would’ve booked one of her famous food and wine tours of the nearby Barossa Valley, but sadly that will have to wait for another trip.) 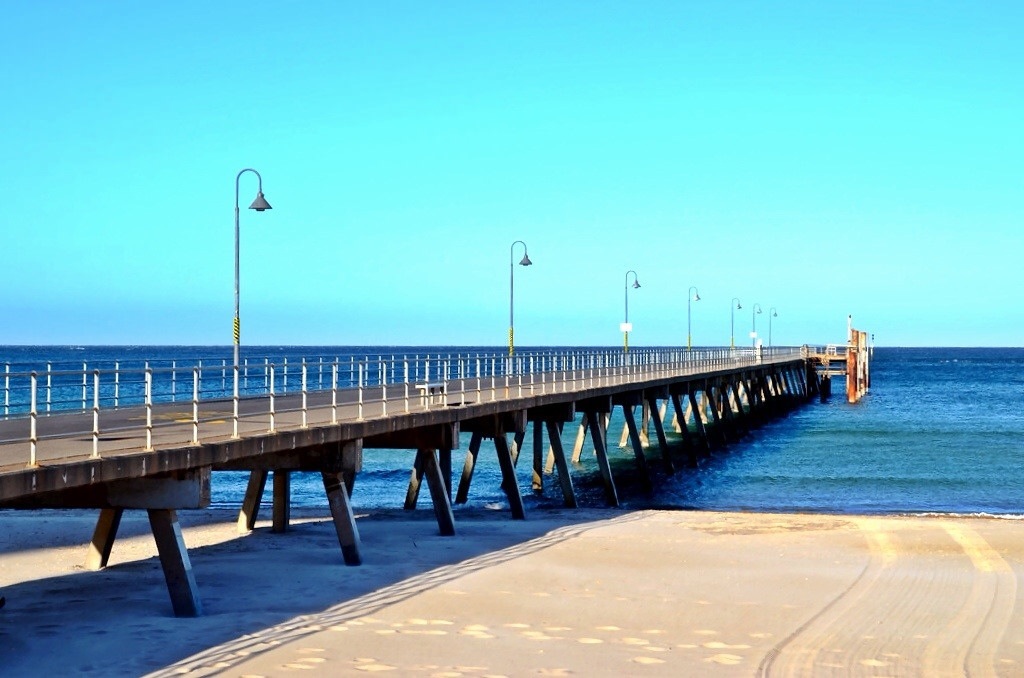 The first stop with Mary Anne set the tone for the day. A mere stop-off for a flat while coffee introduced us to Glenelg, a beach-side suburb of Adelaide. It was still early in the day and we practically had the beach to ourselves as the sun shone, gulls cried and retires with metal detectors searched for riches. I didn’t know Adelaide had such immediate access to the beach, which instantly set my mind wondering to what else I didn’t know about the city. Turns out it was quite a lot.

Like its cousin to the west, Perth, Adelaide enjoys a lot of sunshine, about 224 days per year. Just as days of permanent darkness in more northern climes leads to a slightly dour citizenry, the ever-present sunshine in Adelaide has had the effect of creating a generally happy, generally affable population. Walking through the center of town people rushed to work, students scurried off to university, but I didn’t sense the normal cold shoulder that cities can sometimes impart. It was a friendly feeling that put me instantly at ease. 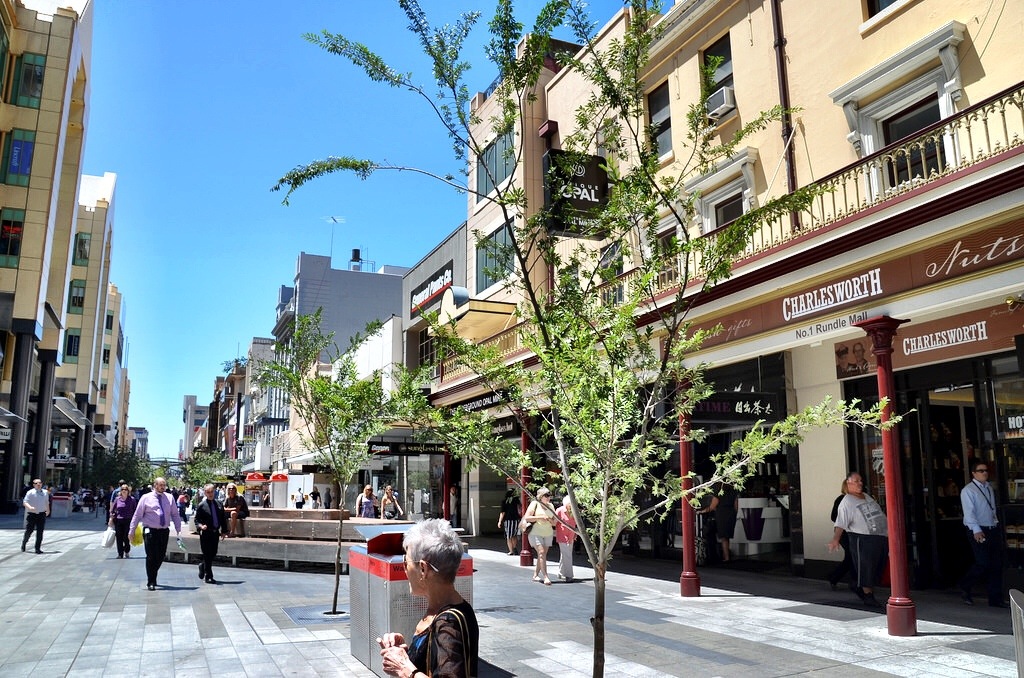 Adelaide has a lot of pretty buildings, an incredible number of parks and other things to see and do but I’m going to spare you detailed descriptions of those. Why? Well because they really don’t matter. Sorry Adelaide, but they don’t. Instead it’s important for you to know what the general feel of the city is and in general what drives people to visit. More than a pretty statue or anything else really, I learned that Adelaide is a city consumed in every way by the culinary side of life. Perhaps the nearby wine mecca of Barossa has influenced the capital city, but I don’t think I’ve seen such a high density of quality, infinitely interesting restaurants anywhere else in the world. It seemed that every other storefront was somehow involved in the culinary arts, ready to serve a hungry population. 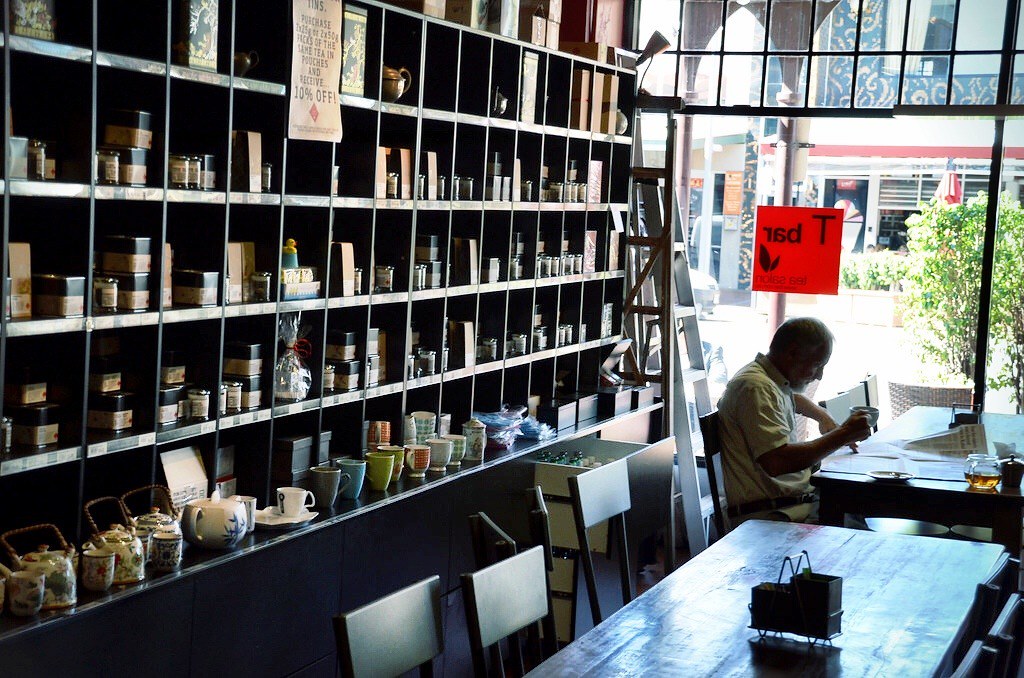 One of the highlights of exploring the foodie side of Adelaide is a visit to the famous Central Market. For more than a century this market has been serving up fresh meat, vegetables and produce to locals, a slow evolution into the culinary highlight that it is today. Now I’ve been to a lot of markets around the world and the Central Market wasn’t all that different, except in size. Shopping arcades built adjacent to the market make it seem as if it extends forever, and the number of quality restaurants within the market itself is amazing. One of the top restaurants located in amidst the fish and produce stands is Lucia’s. Recommended by Mary Anne, it was one of the best culinary finds of our entire trip to Australia. The brilliance of the meal was in its simplicity. In true Italian fashion, the options were very basic. Just choose a type of pasta and a sauce and that’s it. But like in Italy, the quality of the homemade pasta was extraordinary. For a moment I was in Bologna and not Adelaide. It was that good.

Adelaide, like most of urban Australia, is a melting pot of cultures though and of course that is well represented in the food. Nearly every world cuisine is found in force, including Taiwanese. Having recently returned from a trip there I was thrilled to find winter melon bubble tea and true, Taiwanese style mango shaved ice. It was a simple but wonderful end to a remarkable day.

I left Adelaide just as quickly as I arrived, and it wasn’t without a twinge of regret. I made the cardinal sin of prejudging Adelaide, believing it to be a sunny but otherwise uninteresting city. I was wrong, even without exploring the museums and concert halls I knew I was wrong and it was that knowledge that made me sorry for not giving it more time. But like so many other travel mistakes, it only motivates me to want to return to this marvelous southern city.

Have you been to Adelaide? What did you think?

8 thoughts on “Shocked By Adelaide”