When designers first started planning the massive Orlando Power Station in Soweto, Johannesburg’s largest township, they had no idea that it would become one of the most recognizable landmarks in South Africa. Originally intended to meet the massive electricity demands of the controversial township, the two large cooling towers that came to define it were for more than 50 years white and drab. It wasn’t until after the plant was decommissioned that this important site came to life.

Biking around Soweto, I could see the two towers in the distance, rising more than 300 feet into the air. They were beacons, an urban lighthouse as I navigated around the massive township. I didn’t learn about their true importance though until much later.

The plant was decommissioned in 1998 after 56 years of service and in 2002 the First National Bank rented these austere towers to use as advertising space. More than a simple ad though, the bank commissioned a massive mural, the largest in South Africa with the instructions that it resonate with the local residents. They had no idea just how powerful an image these towers would become.

The mural was carefully researched and the bank and local residents finally decided on images that represented the past, present of future of Soweto through the faces of its people. On the towers you’ll find a smiling Nelson Mandela, a picture of the Madonna and even the iconic township taxis. The images aren’t just something pretty to look at, they are a mirror of the community over which they have served as guardians for so long. 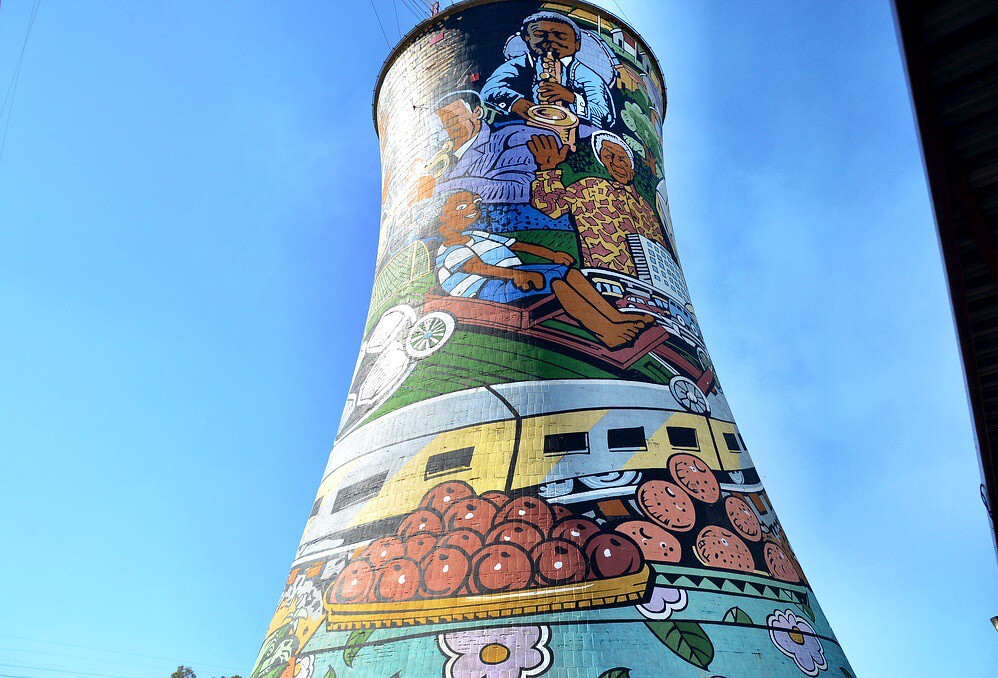 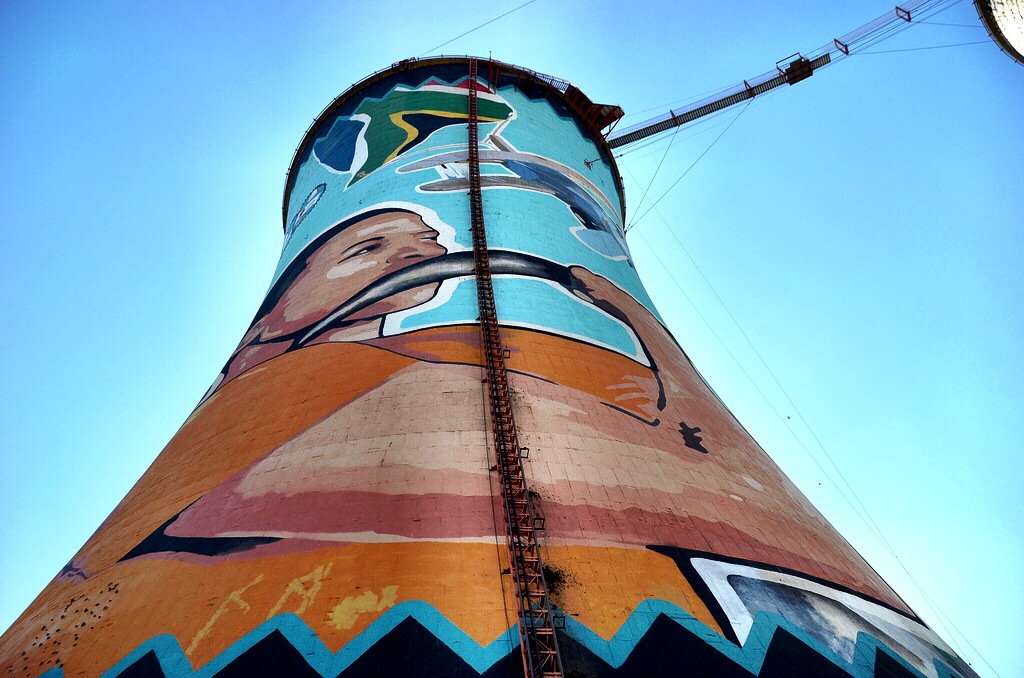 Today it’s turning into more of an entertainment center with thousands of people visiting every year to bungee jump from the top of the towers. While it was closed the day I visited, I did take the elevator to the top of the towers for one of the best views in the area. Below me I saw the Soweto township expand in every direction, I heard the sounds of daily life and sensed what it was the towers are supposed to represent. The beauty of the township was obvious and I got an inkling, just the slightest one, of the pride people have for their community that is so well seen in the images on the massive towers.

So when you do visit Johannesburg, include a visit to both Soweto and her towers, not just to sightsee but to really understand what this area is all about.