One of the many things that I love most about travel is its ability to give us strength in circumstances we didn’t think possible. It could be as simple as navigating a street market in Asia alone for the first time or even the act of flying itself. Each time we push our travel envelopes out a little further, we not only enjoy more of the experience, but we grow as people as well. I’ve been proud of taking advantage of these moments whenever presented with them; throwing caution to the wind and becoming someone I would never be in the safe confines of my living room. I had never backed down from a challenge, from diving with great white sharks to jumping from the world’s tallest bungee swing. But it turns out that I do have some limits, as I discovered when I couldn’t scale a mountain in England.

I was with a small group of adventure types, going around Wales and England taking advantage of some of the many adventure activities found there. The terrain lends itself to great out-of-door pursuits. The coasts are craggy, the hills covered with natural paths and the mountains intimidating. It was a mountain that threatened me the most as I was once again asked to confront one of my greatest fears, heights.

To be fair, I don’t have a total fear of heights, rather it’s conditional. When I don’t feel well supported or safe, that’s when I start to freak out. So going to the top of a 100-story observation tower? I have no problem with that at all; I could gaze out those windows all day long. Ask me to scale a five-foot ladder though and I melt into jelly. A quivering mass of inconsolable jelly to be exact.

In the beautiful Lake District of England sits the Honister Slate Mine, an old quarry famous for the quality of its slate. When a new owner purchased the mine several years ago, he decided to make it a tourist attraction and built a unique adventure course along the exterior of the mountain, the Via Ferrata. Iron Road in Latin, the course uses a series of metal cables, rungs, ladders and bridges over which adventurers scramble up the mountainside, mimicking the road to work miners used to take every day. It’s extreme, challenging and probably fun, but it also terrified me. 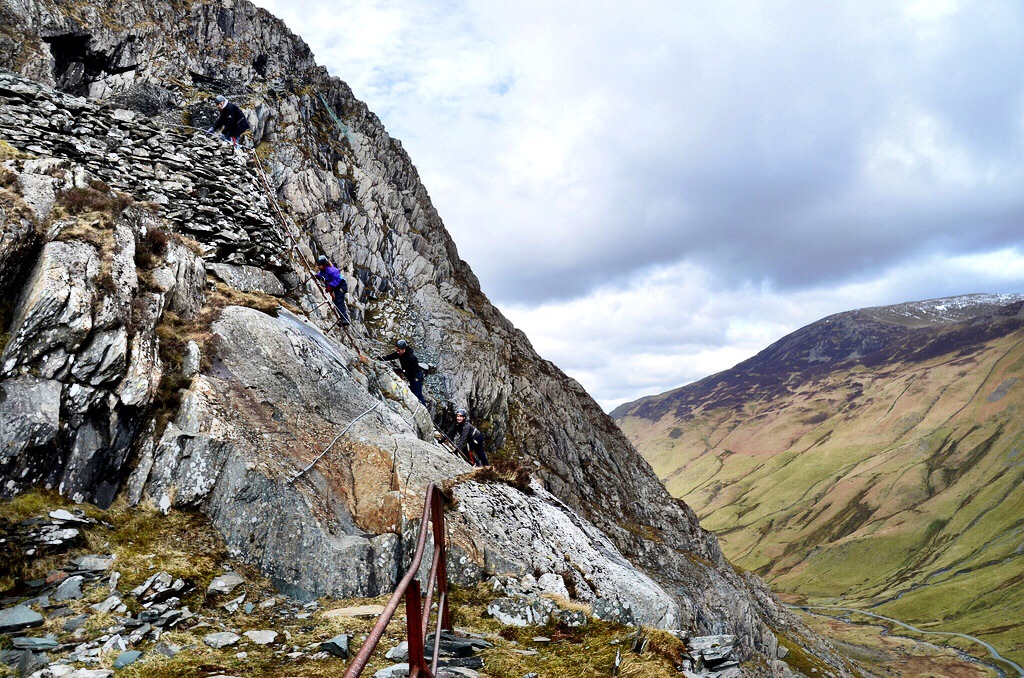 I stared at the video explanation of the Via Ferrata transfixed as my teammates signed away their lives in the reception center of the mine. I just couldn’t believe that someone would actually want to perform the death-defying feats I was watching. Intellectually of course I knew that it was a safe activity, exceedingly so, but logic wasn’t ruling my emotions that day, instead I was possessed by pure fear. I don’t know where this fear comes from, I’ve never fallen and every time I try to break this pathological fear I enjoy the experience. But something told me that this was too much for me. Sure I could jump from a bungee swing, but that only takes a few moments. The Via Ferrata was at least a couple of hours of sustained fear inducing heights and I knew that I had finally met my match. So I opted out.

I wasn’t happy about it either. I was embarrassed when I admitted out loud that there was something I couldn’t do. It didn’t set well and it seemed to go against every travel ethos I have. But I knew I had made the right decision, even though it killed me to make it. Later that day on a nearby ropes course, I had to traverse a line of cable five feet in the air. I approached it without fear but as soon as I stepped onto that cable I was almost paralyzed into a state of inaction. I realized immediately that if a five-foot high cable was intimidating, then I had clearly made the right decision about the Via Ferrata and slowly I began to feel better about myself. 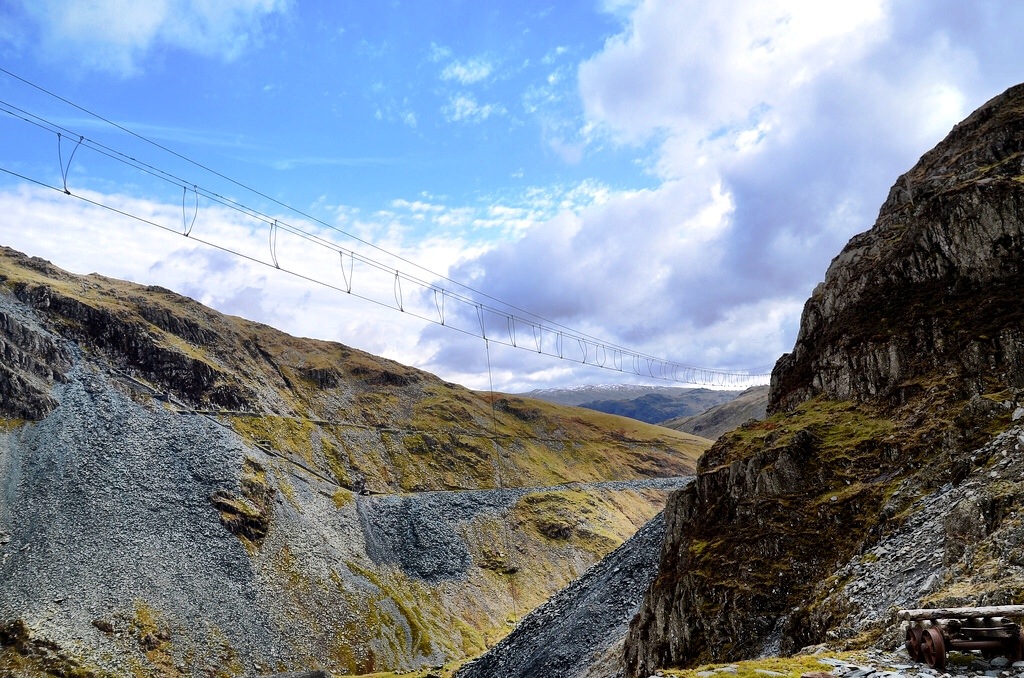 Travel has amazing powers. It is an educator of course, but in ways that we many times don’t expect. It doesn’t just teach us about the world around us, it more importantly teaches us about ourselves. We learn and grow and almost always become better people thanks to the experiences we go through on the road. Up until now I thought that growth was a natural outgrowth of constantly challenging oneself, doing things that are uncomfortable in a quest to be less fearful in life. I realize now though that isn’t always the case. I realize now that sometimes the things that limit us the most can teach us even more about ourselves than the challenges we meet head on. While I wasn’t happy about it, I came to terms with the fact that I have a fear of heights (sometimes) and that it’s ok. None of us is perfect, and it is these unique imperfections that are just as important as our strengths. That’s a hard pill to swallow for many of us, particularly an over achieving American like myself. And I may not have learned it had I not been confronted with my limitations in such an ostentatious way. But I’m glad for it. I’m glad that I learned this about myself and while I may not have been able to climb up the side of a mountain, I know that my fears do not rule me, instead the few I have are just a part of what makes me the person I am today.

What fears do you have and how have you tried (or not) to confront them?

4 thoughts on “Not Facing My Fears: Via Ferrata and Mountain Climbing in England”