I’ve visited a lot of wine regions around the world and I don’t think I’ve ever had a bad time per se. That being said, many of them tend to be quite similar to each other. One drives out to a beautiful rural area, there are wineries with acres of gorgeous vines falling away into the horizon. The wineries are happy to serve you a few tastes, there are usually fantastic meals to be enjoyed and that’s about it. I enjoy them, I’ll go back to them, but they usually tend to follow a certain script. That’s what I expected from the famous Margaret River region in Western Australia, but almost immediately I realized that this isn’t your typical wine destination.

Like other wine regions in Australia, the first vineyard in the Margaret River area was planted in the 1960s; Vasse Felix winery which is still in operation today. Also like many Australia wineries, it was a slow start. Problems with the climate, varietal blends and even prejudice kept Australian wines at bay for many years. As wine consumption increased in the 1980s and 1990s though, so did its production and today there are more than 200 wineries in Margaret River, ranging from small boutique farms to large production facilities.

The entire region is made up of many different communities, of which Margaret River is just one. I stayed in Geographe Bay in the northern part of the region and its name should have been my first clue to what makes this center of wine production different from many others around the world. My hotel was perched on the beautiful bay, the vast Indian Ocean stretched out forever. That is what makes this region so different and so much more fun, it abuts the sea.

Many tourists to Margaret River come for wine tours, no doubt there. But many more come to enjoy some time in the sun, lounging on the white sand beaches. Unlike Napa or Sonoma in California, the beach is what makes the Margaret River region fun for almost everyone, from wine snobs to large families. It’s also what endeared the community to me almost from the start. 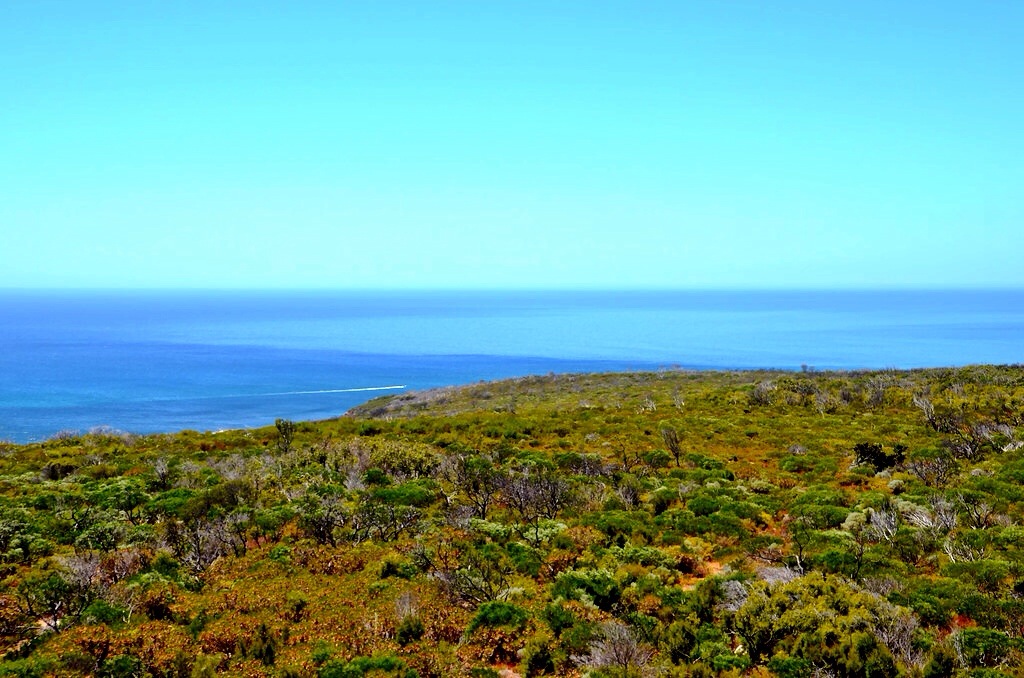 Also unlike many other winey spots, there were plenty of ways to spend the time other than drink wine. After I was pried from my beach chair at the resort, I visited the beautiful Cape Naturaliste lighthouse. Perched high above the sea, this century old lighthouse is a beautiful testament to one’s dedication to serving others. Originally this was a one-person operation, the dedicated employee spent every night tending to the light. In more recent years this process has been mechanized so that it can be done remotely, but that doesn’t take away from the amazing views found at the top of this beautiful building.

Not far from the lighthouse is another popular spot, Ngilgi Cave. I’m not a big fan of caves generally, but even I was impressed by this natural wonder. Revered by local Aborigines for thousands of years, this cave was the first tourist spot in the Margaret River region. A century ago the well to do ventured out to this remote spot to behold the wonder of the stalagmites and stalactites, and many even chose to get married inside the caves. The most interesting anecdote I learned though was that the archeological record in the caves show that Aborigines cooked in the caves for thousands of years until water levels made it impossible. But thanks to their extraordinary ability to pass along histories orally, once the waters receded after a remarkable 10,000 year period, the locals once again used the caves and cooked in the very same spot. Imagine that, information shared orally for 10,000 years allowed them to rediscover this sacred spot. To me, that’s simply amazing. 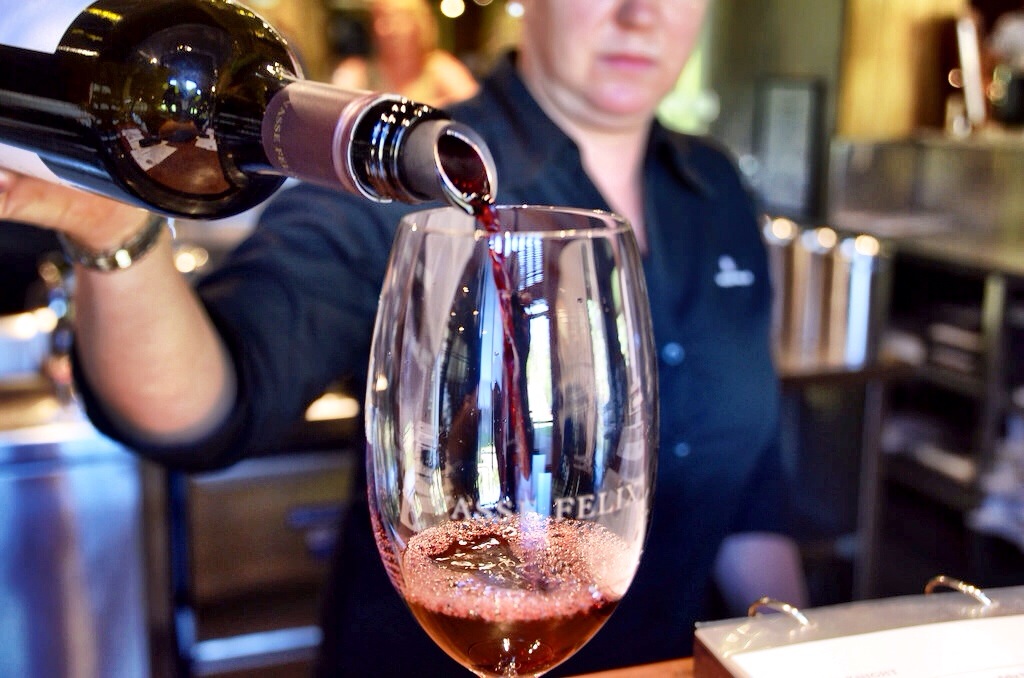 Yes, you can drink (and eat)

Of course the star of the show are the wineries featuring beautifully crafted varietals. Visiting the original winery, Vasse Felix, one begins to appreciate the care and attention paid to the grapes in this area. They do produce some hearty chardonnays, but the reds are the stars of the show. Bordeaux style blends that are meaty and serve as the perfect accompaniment to a fine meal. What I loved most about visiting the winery though was that it was a total experience. Perched looking over the vineyards, guests can come and order a meal or just a glass of wine and reflect on the beauty surrounding them. I don’t know of anything more relaxing and it felt as if we truly were in the middle of nowhere.

Craft beers are emerging in Australia and one of the best is located in the Margaret River region. The Eagle Bay Brewing Company was started just a few years ago by three siblings who wanted to transform the family farm into something that could last the ages. They didn’t know a lot about brewing at first, but they’ve certainly made up for lost time. They feature their beers at a restaurant on the old family farm and just as at Vasse Felix, the terrace overlooks the gorgeous pastures and is a fantastic way to spend the afternoon or even a delicious lunch. The food is excellent and prepared with an expert touch, the perfect accompaniment to which is the Eagle Bay beer flight. This is the best way to sample many of their beers and decide which one you like best. If you find something you truly can’t live without, they offer growlers for take away beer service. 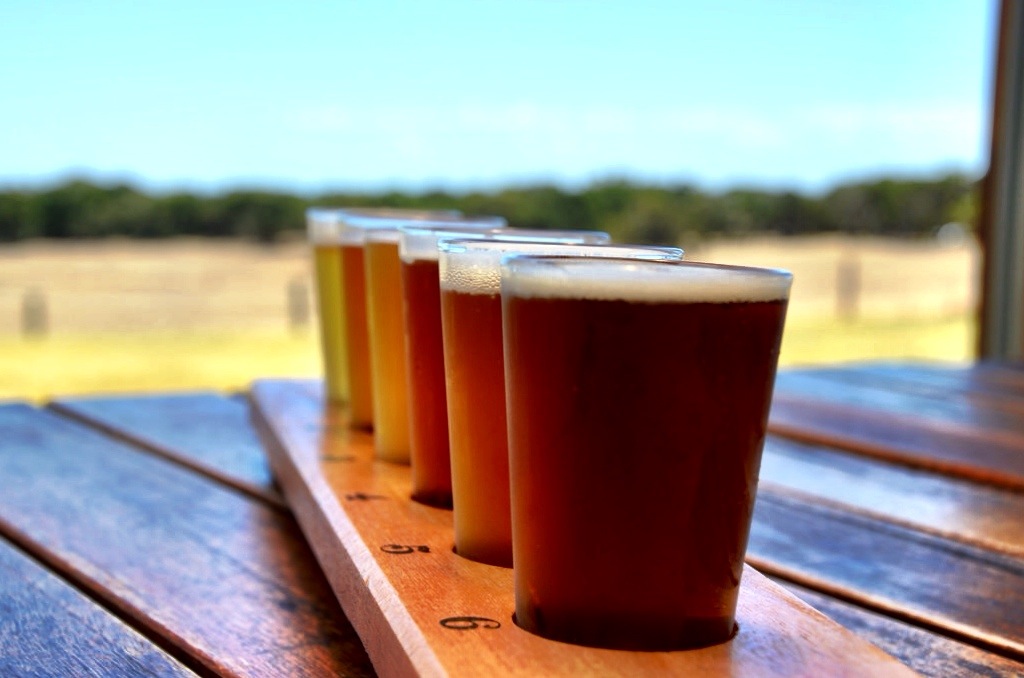 One commonality with other wine regions is that there is plenty of amazing food to be found throughout Margaret River. One of my favorite discoveries though was an artisanal chocolatier, Gabriel’s Chocolate. Another recent addition to the Margaret River scene, a corporate dropout from Perth decided he’d had enough of the rat race and wanted to make chocolate instead. Sounds like a fine plan to me, except he didn’t know anything about chocolate making at the time. He’s more than made up for that ignorance though and the chocolates they produce were amongst some of the best I enjoyed during my stay in Australia. They experiment with inclusions and flavors I’ve never seen before, elevating the treat into something special.

My time was regrettably short in the Margaret River region; I honestly didn’t think I would like it that much. I was surprised though, surprised that the area is about so much more than wine, it’s about enjoying life and taking things slowly. The perfect recipe for a nice getaway if I ever heard of one.

3 thoughts on “Wine and Sand: Experiencing the Best of Australia’s Margaret River”