I didn’t know a lot about the southern city of Tainan before I first arrived; just what locals had told me in passing. I knew that it was an important city and one with a pronounced artsy vibe. I was surprised though by my experience there and just how much I enjoyed my time in this sometimes overlooked city.

The oldest city in Taiwan, Tainan was the country’s original capital city and is where the Dutch first established their trading port in the 17th century. The Dutch experience there was short though and the city, indeed the entire country, changed hands several times over the centuries from the Chinese to the Japanese to the post-war era and finally self-rule. Remnants of this past can be seen throughout town, usually hidden in plain sight. 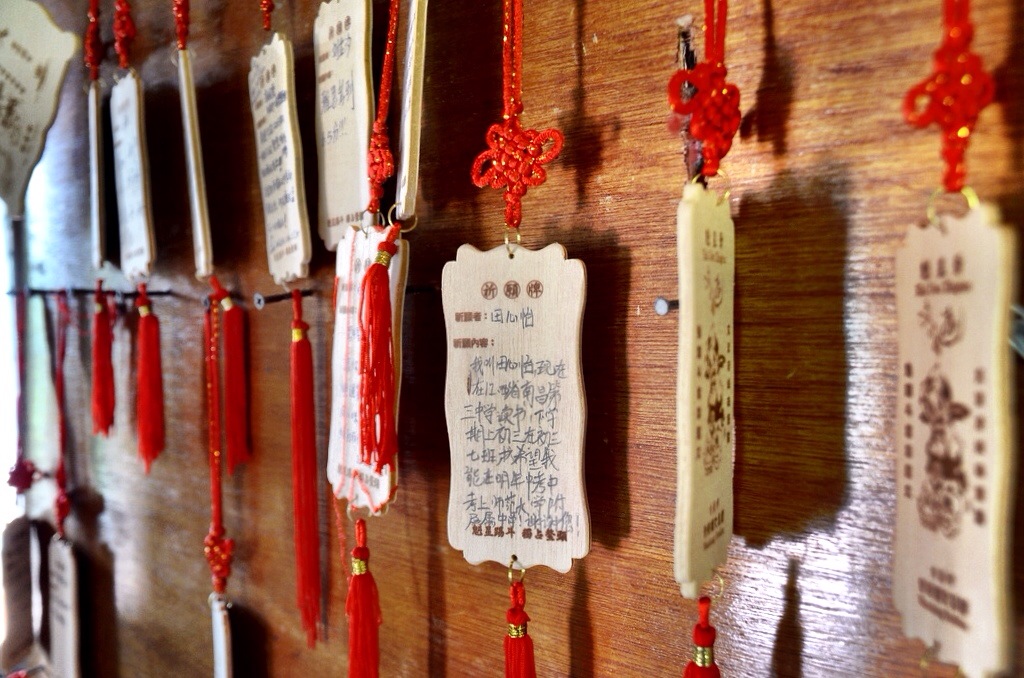 Built in 1666, the Confucian Temple isn’t only the oldest in Taiwan, but also the most important. Although it’s changed a lot over the years, it is still one of the intellectual centers of the country and many say that it is one of the bastions of Taiwanese consciousness.

Personally, it was a lovely way to learn more about the role history plays in modern Taiwan. I’ve been to a lot of important sites but it always surprises me when in Asia I visit still very active temples. These aren’t just dusty old historic points of interest, they are very active places that are alive thanks to the constant supply of fresh life blown into it.

Fort Provintia, or Chihkan Tower as it’s known today, was an early Dutch outpost originally built in 1653, but quickly abandoned when the Dutch were forced out of the county. Today it’s a beautiful property with Chinese gardens and equally remarkable temples dedicated to gods of literature and the sea. 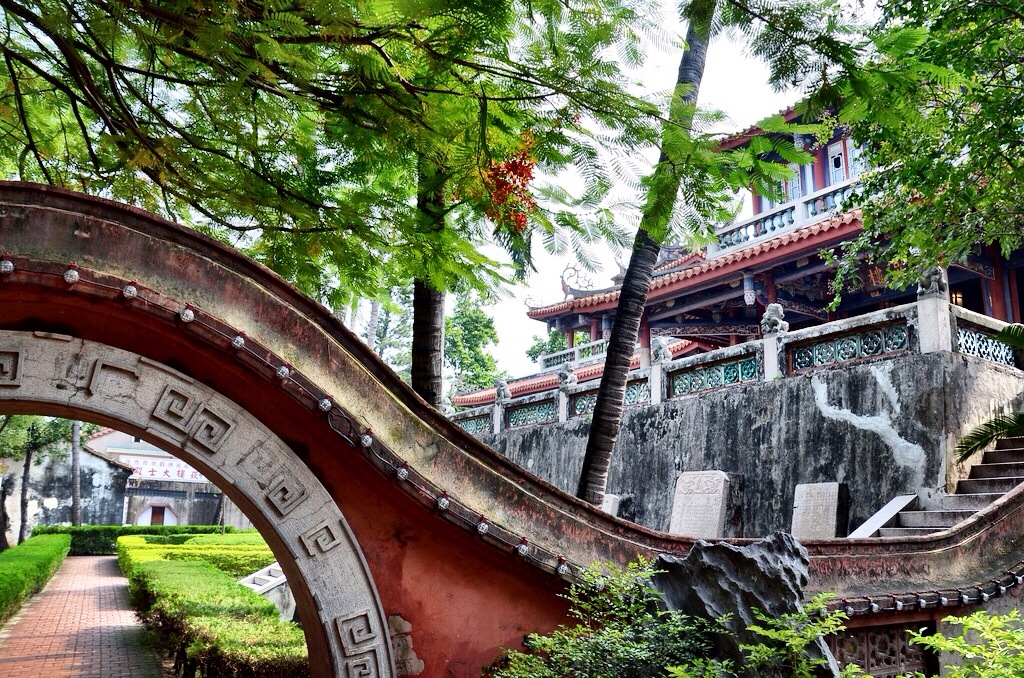 There are many other, smaller temples around town though, always open to the public and always ready to be explored. 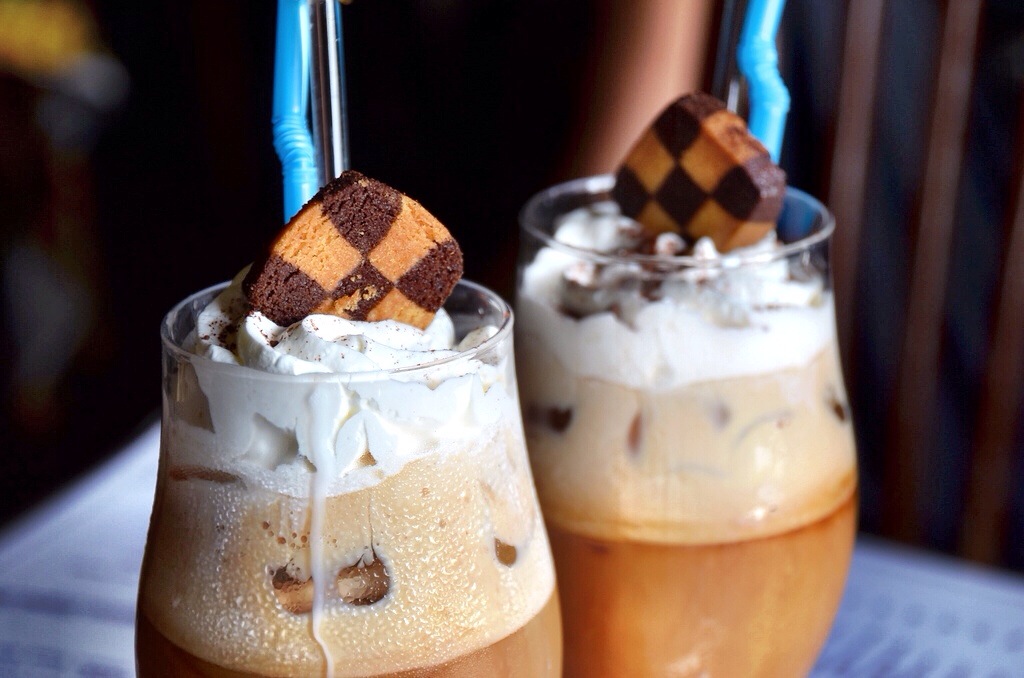 Tainan is more than just about old buildings, it is one of the cultural centers of Taiwan, especially in terms of food. Around the country Tainan has the unofficial designation as “snack capital of Taiwan,” a superlative that piqued my curiosity right away.

Snacks take a lot of different forms in Tainan, from established shops to the famous night market. I personally loved the preponderance of thirst-quenching drinks I found almost everywhere. From iced black tea to a sweet and delicious winter melon drink, there were plenty of opportunities to keep the steamy temperatures at bay. 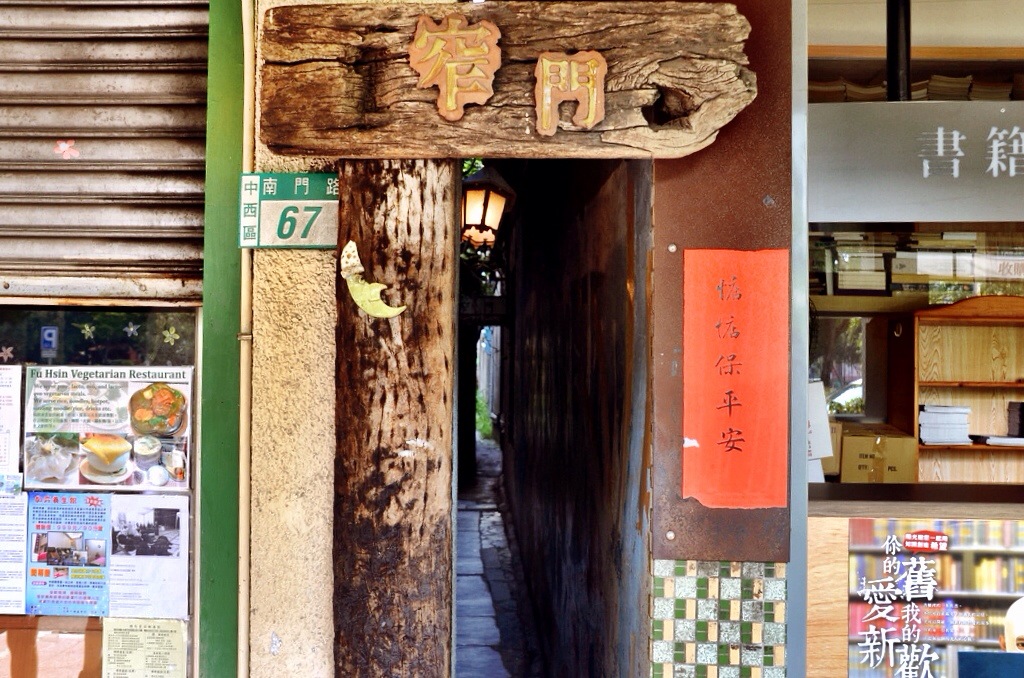 Across the street from the Confucian Temple on Nanmen Street is the Narrow Door Cafe, so named thanks to the 15 inch wide opening to this quirky cafe in an old office building. Quite literally a hole in the wall, the door is just the hook owners use to get customers in the door, the cafe upstairs is definitely comfortable and exudes the funky, artistic vibe for which Tainan is so well known. What I love most about Taiwan is that her people aren’t afraid to be individuals, and self expression reigns supreme in this coffee shop.

Close to the Narrow Door is Fuzhong Street, one of the best pedestrian streets in Tainan that features a variety of shops, vendors and of course cafes. There I found something truly original.

The artist known as Bon started painting his plastic tea bottles more than five years ago at the funky Byblos cafe on Fuzhong Street. “The shape of the bottle reminded me of a woman’s curves and so I just started drawing clothes on them.” These portable works of art have become a huge hit on the street already known for unusual shops and tasty snacks, “People usually come just to buy the bottles, but I swear the tea is good too,” assures the unlikely artist. It only takes him three minutes to paint each work of art and patrons can request that he copy their clothes onto the bottles. Finding inspiration from unlikely places isn’t restricted to this unusual cafe, it’s the cultural philosophy of Tainan, from the tiny entrance at the Narrow Door Cafe to the miniature figurines resembling popular meals found at the city’s souvenir stands.

Tainan is surprising, for the basic fact that it contains surprises more than anything else. I felt relaxed in this big city, in a way that its cousin Taipei never afforded. Tainan is a city comfortable in its own skin and provides a much needed balance to the chaos of the modern capital city.

Have you been to Tainan? What did you think?