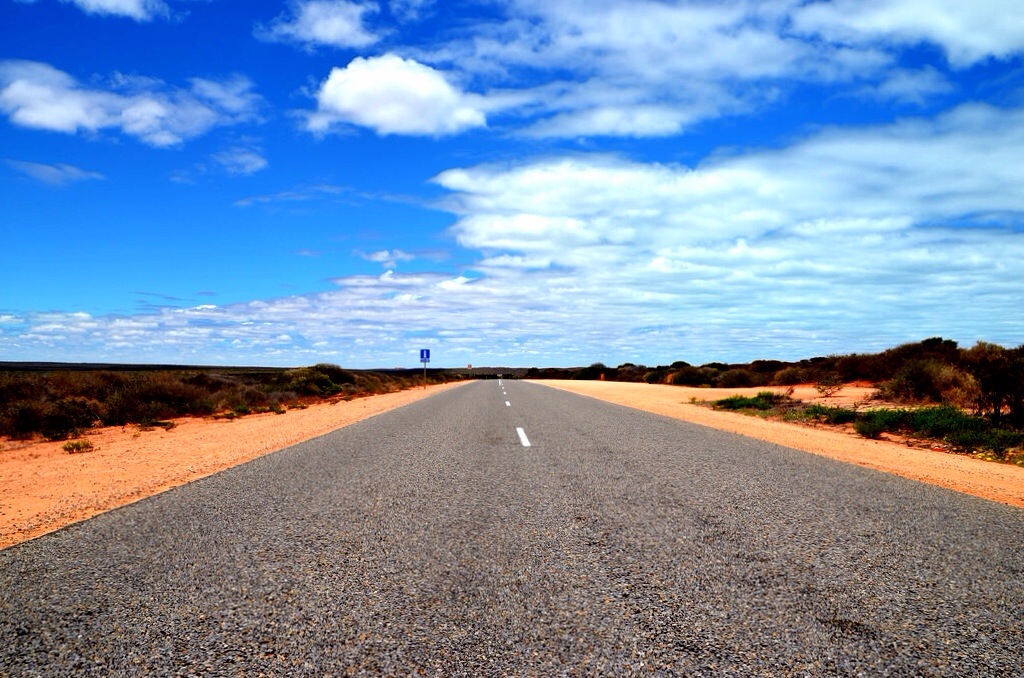 3.5 billion years ago, the Earth was a fairly inhospitable place. But a slow process was quietly going on in the planet’s seas. A rock-like organism was doing something the Earth had never seen before. Stromatolites were gradually filling the atmosphere with oxygen, paving the way for more complex creatures to arise. These unique organisms weren’t just the important first step in life on Earth, but their fossils provide valuable data for scientists trying to learn about early life on the planet. Scientists assumed they vanished into the ether of time long ago, until 1956 when living examples of these amazing organisms were actually found. Where else would something this bizarre and extraordinary happen, except for Australia?

I remember the day I first learned about these remarkable structures when reading a book about the oddities of Australia a few years ago. Located in the Shark Bay World Heritage Site of Western Australia, the site sounded so remote that I was sure I would never get there myself. It wasn’t that it was really all that hard to visit, just to me it sounded like the other side of the world.

Which it is of course, but when I finally found myself in Western Australia I made sure that one of my first visits was to Hamelin Pool, home of the legendary stromatolites. 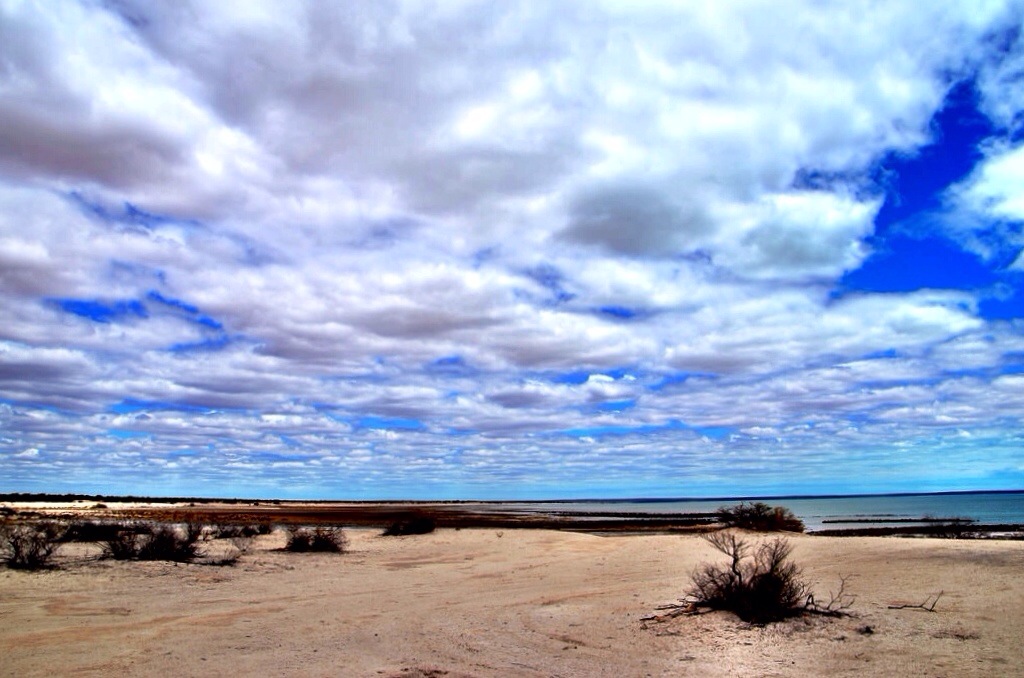 At first I considered my quest to be one of specific intent. I wanted to see with my own eyes the creatures that gave birth to all life on Earth, to see the impossibly old legacy these modern organisms carry on through their most basic form of photosynthesis. But it turned into much more than that, the journey itself became a beautiful adventure.

You can reach Hamelin Pool in a variety of ways; many stop while driving up the coast to other destinations and still others visit for the day while staying at Monkey Mia. Oddly named and even more oddly pronounced (Mia is pronounced [my-ă]) this tourist destination is famous for the friendly bottlenose dolphins that frequent the waters, but lately its proximity to the Shark Bay World Heritage Site is drawing even more visitors to the region.

Driving along the flat, empty road to Hamelin Pool, I marveled not for the first or last time just how much nothingness there is in Australia. Looking out the window as small shrubs raced past, there was absolutely nothing in the horizon except for red dirt and small plants. Australia extends in this way throughout much of the continent, but I’ve also learned that the landscape hides many amazing and almost unheard of places containing such beauty that it’s hard to believe they exist in real life. That I think is a good description as any of Hamelin Pool.

Hamelin Pool is now part of a larger marine reserve, meant to protect these precious organisms. Stromatolites only exist in a few places around the planet; they need shallow, hypersaline conditions to thrive and survive. As it turns out Hamelin Pool is a pretty popular spot and a tourist walkway has been erected to protect the stromatolites from curious visitors.

Leaving the dunes and sandy beach, I quickly walked across gazing at the black objects in the distance. Local Aborigines call this place Black Water, due to the huge number of stromatolites in the shallow waters. Aptly named, the organisms don’t impress right away. They look like malformed rocks, placed by giants in a beautifully symmetrical arrangement. 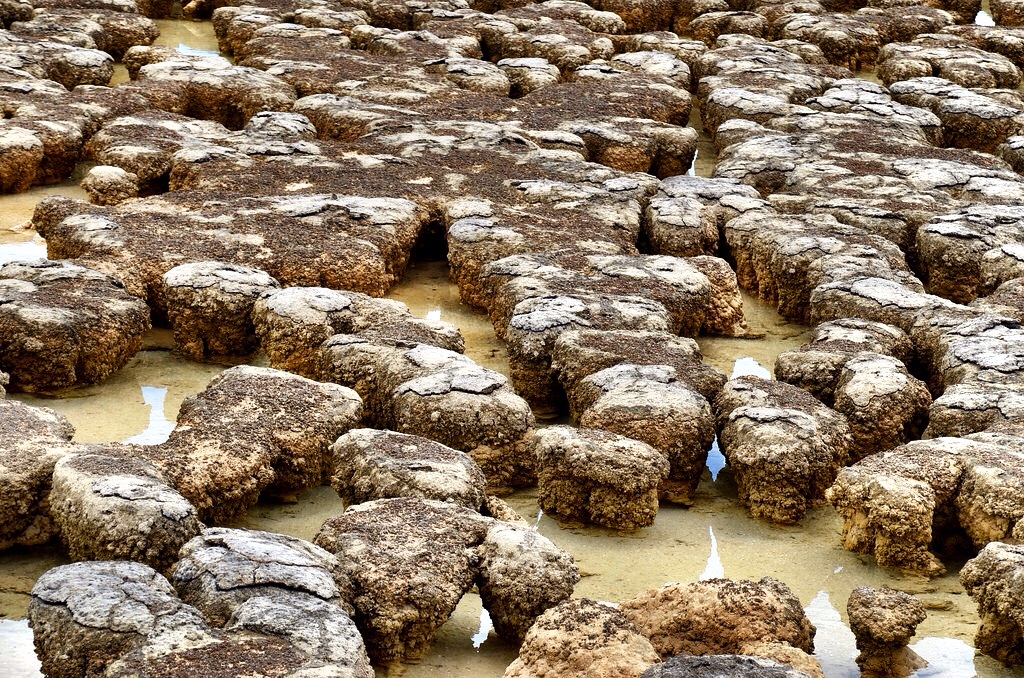 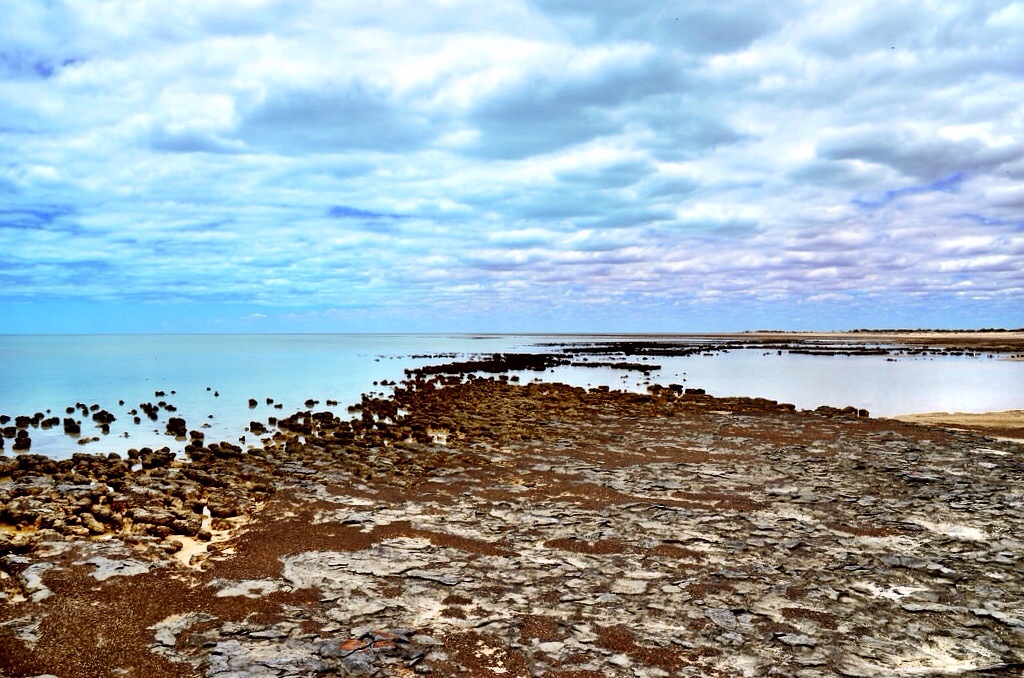 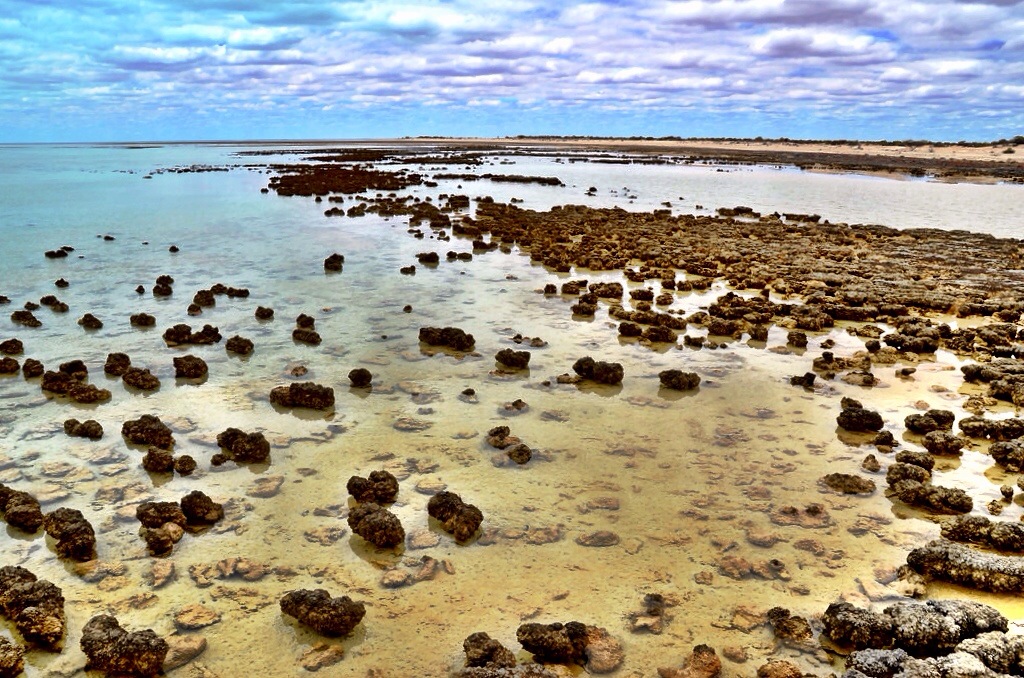 Finally I was there, in the middle of the stromatolites, the moment I couldn’t believe would ever exist. I’m not going to lie, the organisms themselves aren’t that exciting. Faint bubbles can be seen rising from their surface, performing the same function as their distant relatives did 3.5 billion years ago. But that’s the really exciting part, the knowledge of what they represent is in itself the experience. It’s hard to imagine a drastically different planet Earth, without breathable air and instead filled with millions of these creatures in all parts of the world. Slowly, very slowly, these overblown rocks not only changed the atmosphere, they gave birth to every living creature on the planet. Without them, I wouldn’t have been there, staring off into the distance pondering man’s existence.

That knowledge made the experience special, but so did the views. I was mesmerized by the natural arrangement of the stromatolites, their lines perfectly in sync with the clouds above by divine luck. They were beautiful to me, and as I walked back to the 4×4 to make the hour long drive back to Monkey Mia I thought how lucky I was to be there. Not just to see the legendary stromatolites in person, but because in 2014 I’m able to visit one of the world’s most remote spots with relative ease. That fascinates me and is just one of the many things that makes traveling in Australia and Western Australia in particular so very exciting.