Not unlike many other animals in Australia it has an improbable name and looks a little bit like a mythical creature. I first heard about the strange quokka on Twitter when a cute picture of a small furry animal popped up one day. Not one for missing out on an opportunity to find something adorable to fawn over, I immediately knew I had to see one for myself. I didn’t know at first how unlikely that was though or how lucky I was about to be.

Unlikely because this small marsupial (in the same family as kangaroos and wallabies) lives on only a few small islands and in a hard-to reach mainland colony in Western Australia. That’s it. They don’t number in the millions like their larger roo cousins and few people know about them, even though they were one of the first of many strange animals Europeans to the continent encountered. That’s why I was lucky, I first learned about them just two weeks before a long planned trip to Western Australia. It was as if the cute animal gods were looking down on me and I knew I couldn’t pass up this opportunity.

Of the available options, Rottnest Island made the most sense for a quokka sighting. About a 1-hour ferry ride from Perth, Rottnest is a popular retreat thanks to its beaches and laid back vibe. While there are roads on the island, cars are practically non-existent and instead locals and visitors alike get around by bike. So I set off, on my birthday no less, on a cool Perth morning not just to find the quokka, but to explore this beautiful island as well. 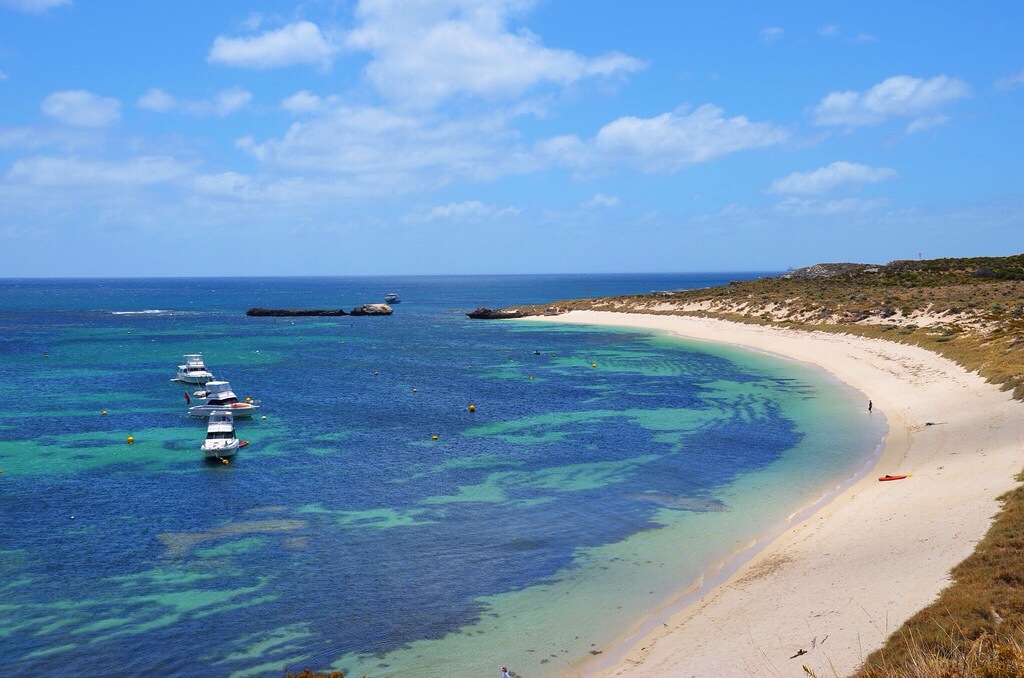 This post isn’t about Rottnest though, that will come later, instead I want to focus on the strange quokka. Strange because I had never heard of them before and I like to pride myself as a cute animal pro. They aren’t too different from their cousins though; they are most active at night, eat plants and are about the size of a cat or small dog. They are in fact how Rottnest got its name in the first place. An early Dutch explorer mistook them for large (incredibly large) rats and called the island Rotte Nest, or rat nest island. Charming, no? They’re vulnerable though and because Rottnest has no introduced predators like dogs, cats or foxes, today the quokkas number in the thousands, making it the most numerous and popular resident of the island.

To be fair, finding the quokka wasn’t my chief mission of the day. I was after all interested to see as much of the island as possible, but a quokka sighting was high on my list even though I didn’t know what to look for. As I set off on my bike past salt lakes and marshes I saw signs that warned visitors “Not to feed quokkas,” and that handling them would result in a fine. Using the old Dutch explorer’s mistake as a guide, I looked for small mouse sized creatures, stopping by bushes and shrubs to have a peek. After an hour of biking and no quokka sightings I began to get discouraged. I knew they were nocturnal and feared that seeing a quokka in the wild might not be in the cards for a day-visitor. Then I saw him.

To the side of the road in the shade of a tree stood a much larger than expected quokka. Nothing like a rat at all, they are the size of a large cat or small dog. Seriously, how could that old Dutchman have ever confused them with rats? I stopped and he stopped, we looked at each other and the seconds ticked by. Then I began to think of how little I knew about them. Did they bite, have claws? I didn’t know but I did know that it’s not usually a good idea to stare an animal in the eyes. So I took a few photos and continued to bike down the road. 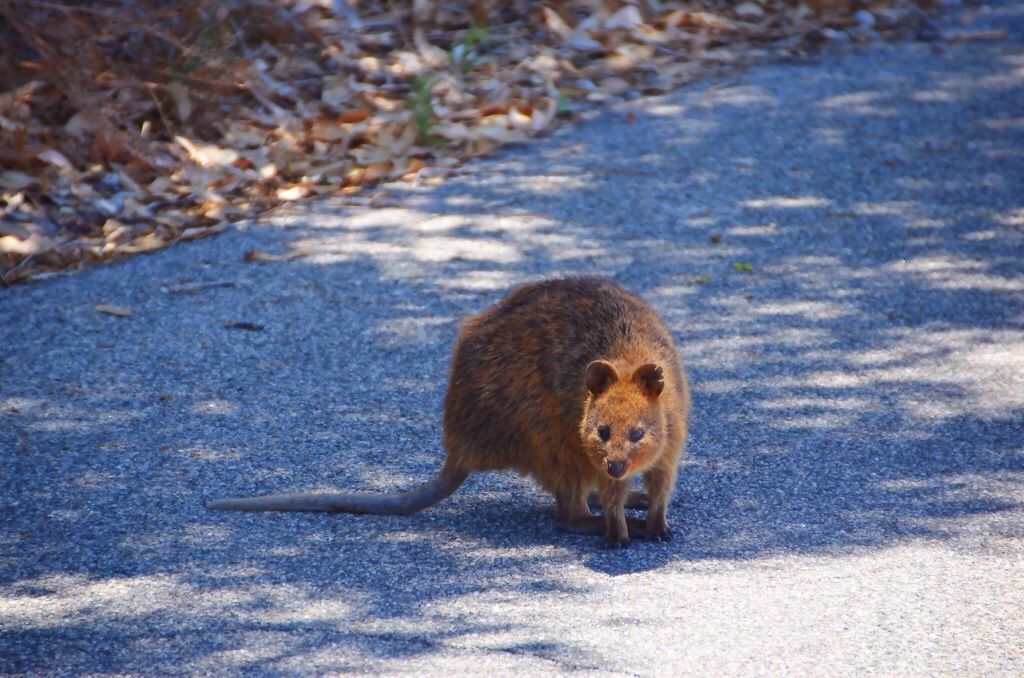 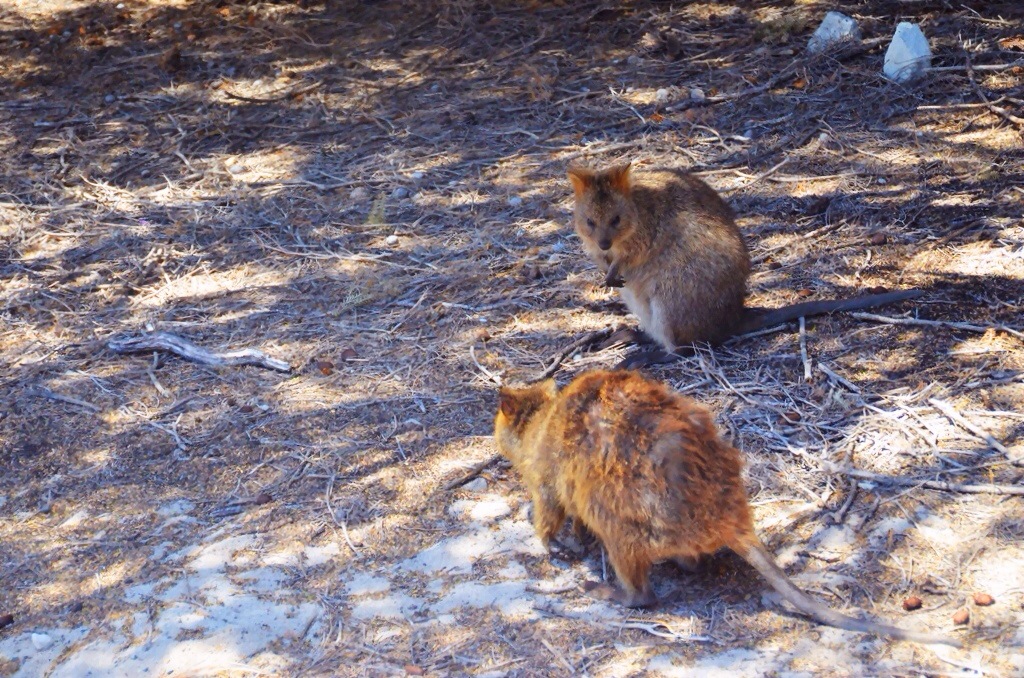 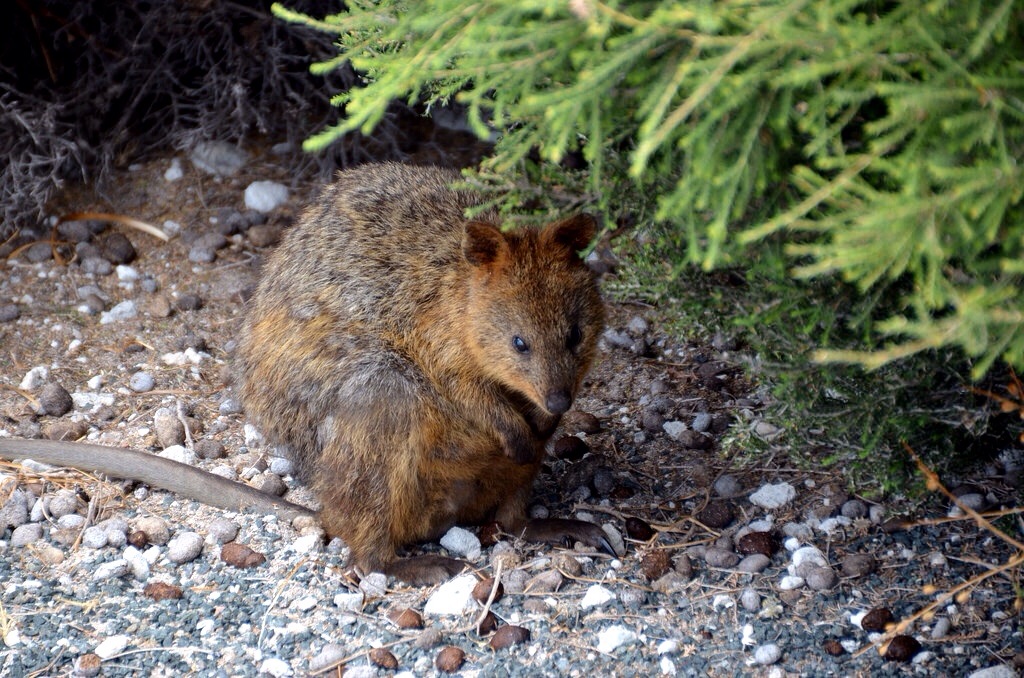 But I was ecstatic! I saw one, I saw an actual quokka in the wild. An animal most people don’t even know exists and I was just inches away. Later in the day, after another 15 kilometers of intense biking I passed through a small grove and saw two more quokkas, just hanging out under a tree and eating some snacks. I wasn’t alone this time though, a group of tourists had arrived, some getting way too close in my opinion. I’m not sure that they fully appreciated the fact that these are indeed wild animals, but the quokkas didn’t seem to mind. They continued eating whatever plant life they had found and after a ridiculous number of photos, I decided it was time to move on.

There are 14,000 quokkas on this small island, many times the number of people and so populous that they can in fact be a nuisance. The only grocery store in town has special quokka gates, designed to keep the most famous island resident out. But inside the shop images of this furry creature were emblazoned on everything from tea towels to hats. Quokkas are big business for Rottnest, especially since it’s really the only accessible place in the world where people can see them in the wild. 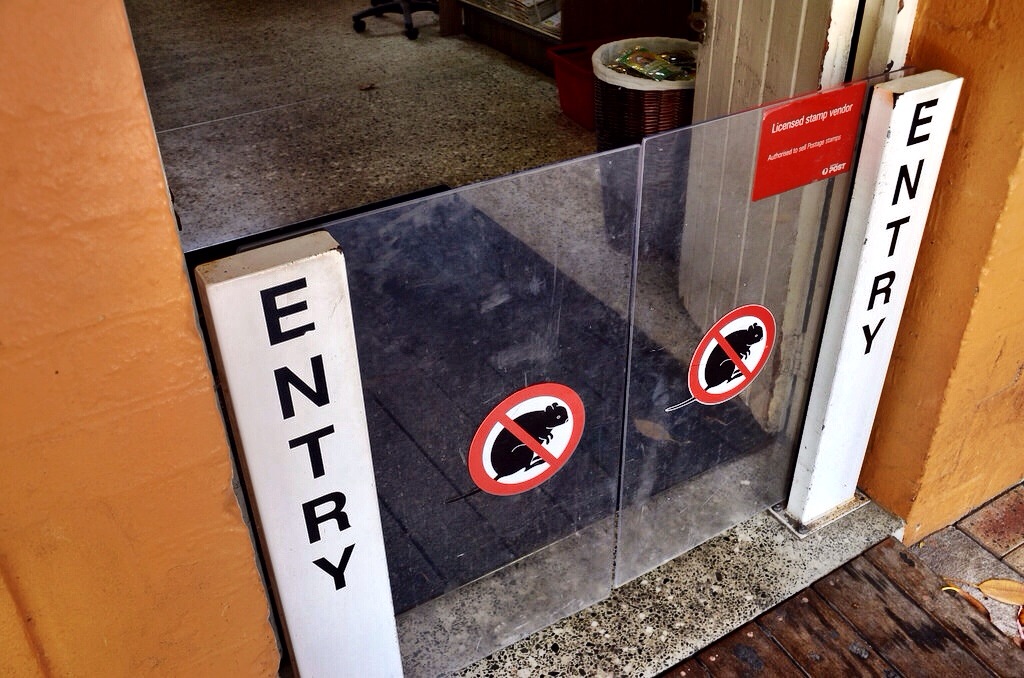 Ultimately it was that fact that resonated with me more than seeing this cute furry animal in its natural habitat. Western Australia is full of these little surprises, of these little gifts that are so unique and fragile that you just can’t find them anywhere else on the planet. That to me is an amazing fact, it is what makes traveling through the state so much fun. For the rare ability to feel like an explorer, even if only briefly, and to witness firsthand just how special and varied our lovely planet can be.