Recently I was asked to put together some stories and photos about my trip to Antarctica for an online publication. As I was going through my notes, editing some photos all of the memories and excitement from that remarkable trip came flooding back; it was as if it had only just happened. It’s hard to believe that a full year has passed since that extraordinary adventure; an experience that has influenced my life as only a once-in-a-lifetime trip can do.

Not your standard trip

I think what appealed to me the most was that the trip to Antarctica was different; it was unlike anything else I’d done before. My trip sponsor, Adventure Life, specializes in Antarctica tours and they let me choose my manner of arrival. I opted for a fly-cruise, but that included some extra steps. To get to my expedition-style cruise ship moored at King George Island I had to fly from Washington, DC to Miami to Santiago, Chile to Punte Arenas, Chile. Once in Punte Arenas I had to hang out for a couple of days until the conditions were suitable for travel before taking yet another plane to Antarctica. Getting there was an experience in itself and there was risk involved, risk in a flying window not opening, a risk at not actually being able to visit Antarctica. A trip to Europe doesn’t have that same sense of adventure, of ruthless exploration. Maybe that’s what appealed to me most, the fact that if only for a short while I could pretend that I was like the fearless explorers of old, voyaging to the 7th continent in search of adventure and discovery. I think that’s what drives many of us to travel and it was on this trip where I experienced it most notably. 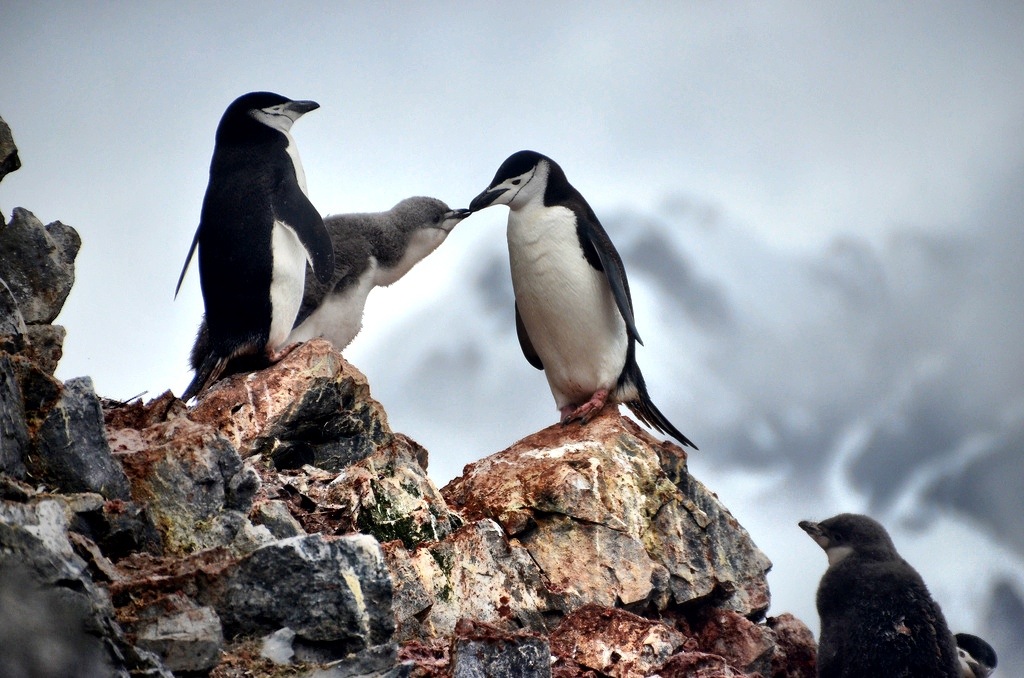 A trip around Antarctica is unlike any other travel experience in the world. While comfortable, the cruise ships aren’t usually extremely luxurious and instead of dress nights, casual wear is the norm no matter your walk of life. Relaxing on board the ship, watching icebergs float by isn’t just interesting, it’s surreal. I had to pinch myself repeatedly, I just couldn’t believe what sights I was lucky enough to witness with my own eyes. While cruising around the Antarctic Peninsula, the excursions further augmented this sense of otherworldly exploration. Hiking up a snowy mountain to relax with thousands of penguins resting on the rocks. Walking on a mostly stable ice pack that extended for as far as the eye could see. Casually walking past Fur and Crabeater seals, basking in the sun. Going for a dip in the frigid waters of Whaler’s Bay of Deception Island These experiences are impossible to be replicated anywhere else in the world. They are endemic adventures, an increasing rarity in a world that is becoming more homogenized by the day.

Whole is great than the sum of its parts

My trip to Antarctica wasn’t completely comprised of rainbows and puppies though. I got seasick, I was constantly wet and dirty and I got a sinus infection. But I don’t think back to those things when I recollect the experience. Like most people, my brain conveniently ignores the negative and instead accentuates the positive. Instead the trip has gotten better with time, almost like a fine wine. It’s a situation where truly the totality of the experience and what it meant to me personally is greater than the trip itself.

I have a lot of travel plans in the future, but none include an adventure quite like my trip to Antarctica. That’s my great travel windmill that I want to continue tilting at, to capture if even briefly those feelings of unfettered exploration that I experienced for a precious few days in Antarctica.

What destination gets your travel juices flowing?

11 thoughts on “Antarctica One Year Later: What It Meant”