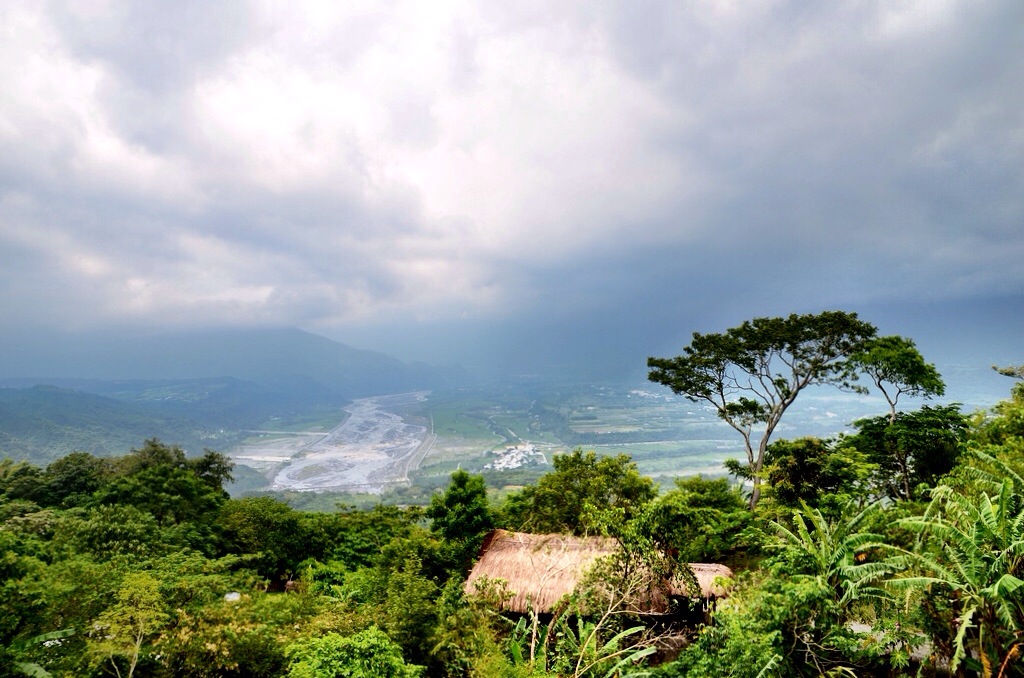 A few months ago I traveled to Taiwan with AFAR Magazine to co-write an advertorial sponsored by Taiwan Tourism. The goal was for me to experience many divergent activities around the island so that I could write about the width and breadth of experiences available to all tourists there. In spite of it being a work assignment, I ended up falling for the country and today consider it one of my favorite places to travel anywhere in the world. There was one afternoon that pushed me though physically in a way I hadn’t been pushed in a long time, and that single experience may be the reason why I love Taiwan so much.

I’m nearly 38 and in passable health. Not great, but I won’t have to be lifted out of my house by tearing down a wall anytime soon either. So when I was told that I would be joining a jungle hike in the jungles of southern Taiwan I wasn’t that worried. I hike a lot when I travel and most of the time the experiences are fine. Usually they also provide me with stunning scenery, so I’ve come to anticipate them more than ever before. The workshop led by Mr. Aliman Madiklan was something completely different though. 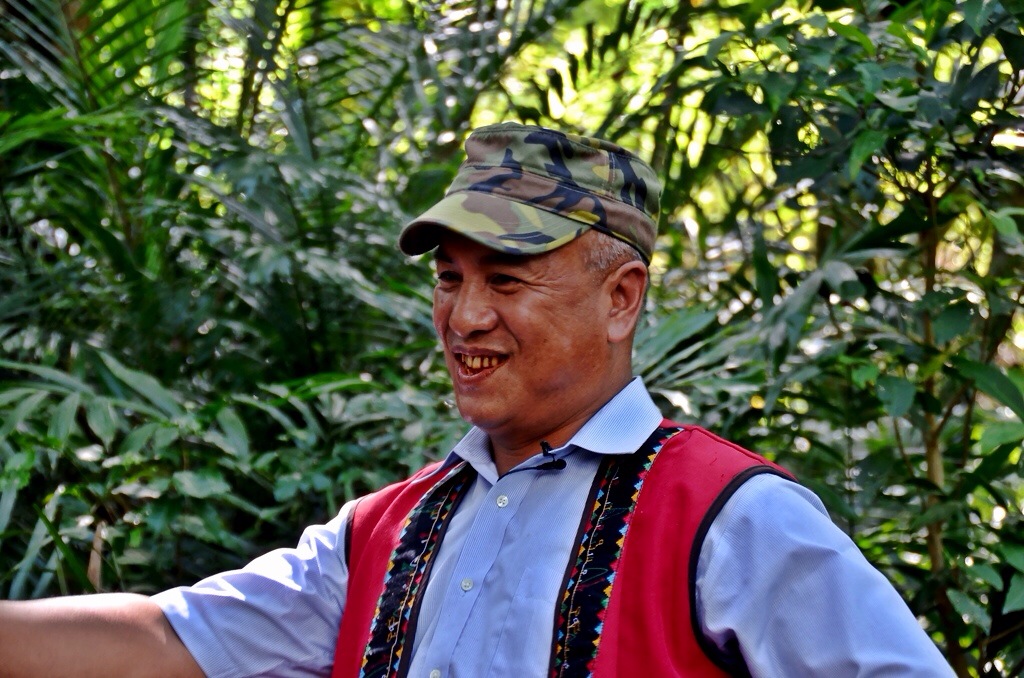 Madiklan is a reformed journalist; having spent decades covering the news for large papers around Taiwan he gave it all up a few years ago when a chance of a lifetime arose. There are 14 recognized aboriginal tribes in Taiwan and Mr. Madiklan is of the Bunun people, who at one time called the jungles of the Central Mountain Range in Taiwan home. A huge swath of his people’s traditional lands had come up for sale and the government wanted to buy it to build a new rest stop for drivers traveling through the area. Shocked by the plan, Madiklan developed his own and bought the land outright, preventing the construction of the rest stop. Instead of paving over his people’s past, he wanted to find a way to showcase it, which he does every day through his unique Luanshan Tribal Village experience. The goal is to introduce visitors to Bunun customs and to hopefully impart a respect for a lifestyle that is all but lost today.

I anticipated a rugged adventure, just a few of us being led around the jungles learning how to live off of it in an almost primal way. As I approached the group though I was surprised to learn that the other 40 or so guests were all there as part of a corporate retreat. They were coworkers and this was their team building exercise for the year. Instead of being an intrepid adventurer, I had found myself in a Taiwanese corporate skills class.

The day with Madiklan learning about the Bunun people was divided into different activities. He briefly led us into the jungle to teach us about lore and legend before assisting us in making offerings to the gods. It was a lost in translation moment because I didn’t realize what we were asking the gods for exactly. Turns out we were asking them to help us through an incredibly rough jungle hike.

The hike confused me at first. I wasn’t sure where we were going or why, I only knew that bringing my camera along had been a mistake. The group of 40 cubicle workers and myself traipsed through the forest, over fallen logs and through crevices only the skinniest could easily manage. Then I saw it, a 20-foot climb up a rocky ledge, up trees leading to who knew where. I don’t like heights and my knees have been giving me trouble lately, not to mention the fact I had an expensive camera dangling around my neck. To say I wasn’t excited about the climb is an understatement. I may not have even attempted it if I hadn’t seen a woman in her late 60s scurry up like a squirrel hunting for food. I was shamed and immediately threw caution to the wind and climbed up the rock face. 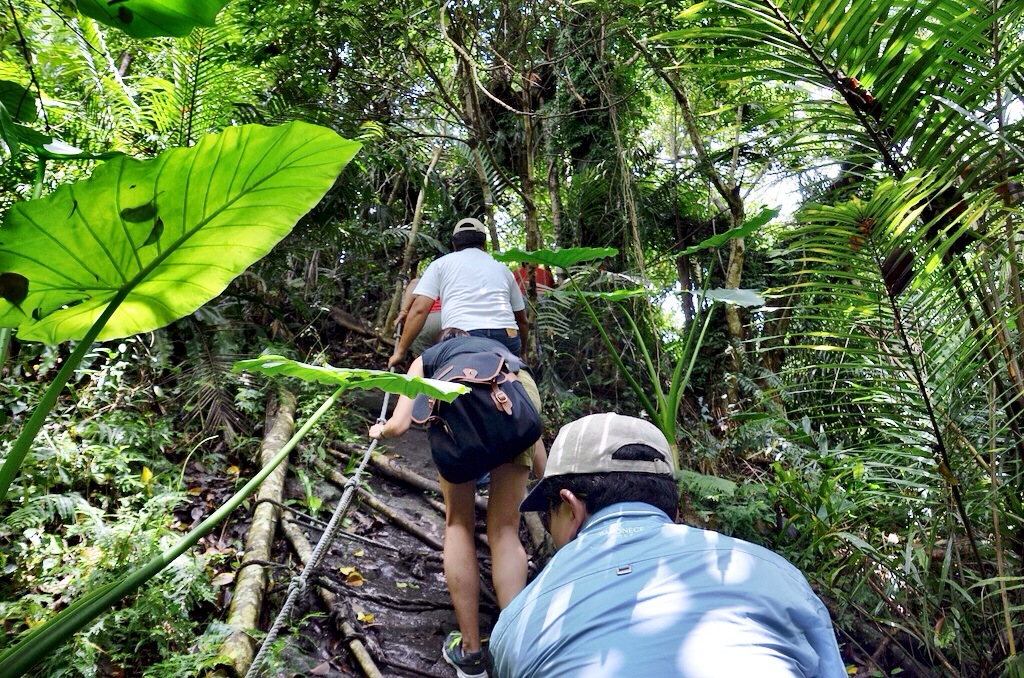 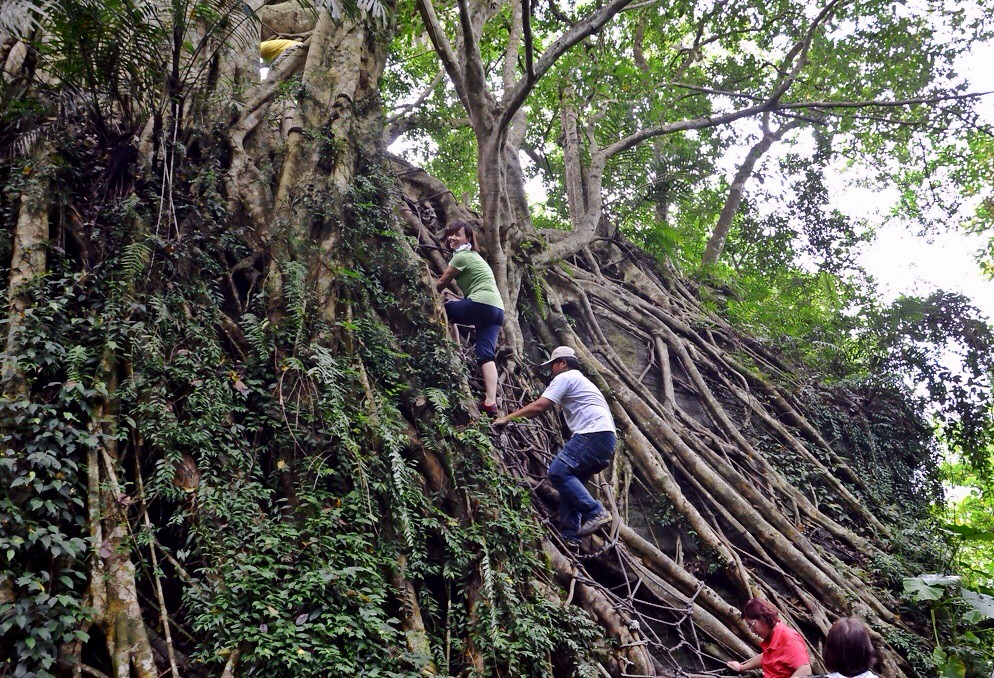 Oddly enough that climb wasn’t the hardest part of the experience, it was everything that followed. The path was a hard one to manage and I found myself swearing at every new obstacle in my way, thankful that not many understood what I was saying. To them I must have been the cranky foreigner interrupting their pleasant corporate retreat. Then came a path downhill that I just couldn’t handle on my own. The man in front of me, taller and bigger than me (a rarity in Taiwan to be honest) gave me his arm to help me down. I did the same for the person behind me and before I knew it, a bunch of us were standing at the bottom smiling at each other. Over the next thirty minutes there were many more moments of helping out those around us, because we had to. Even though we couldn’t communicate verbally, we talked to each other through our actions. By the end of the trail we found ourselves back at camp almost giddy at the fact that we had done it. We navigated the intense hike, but not without help from those around us. 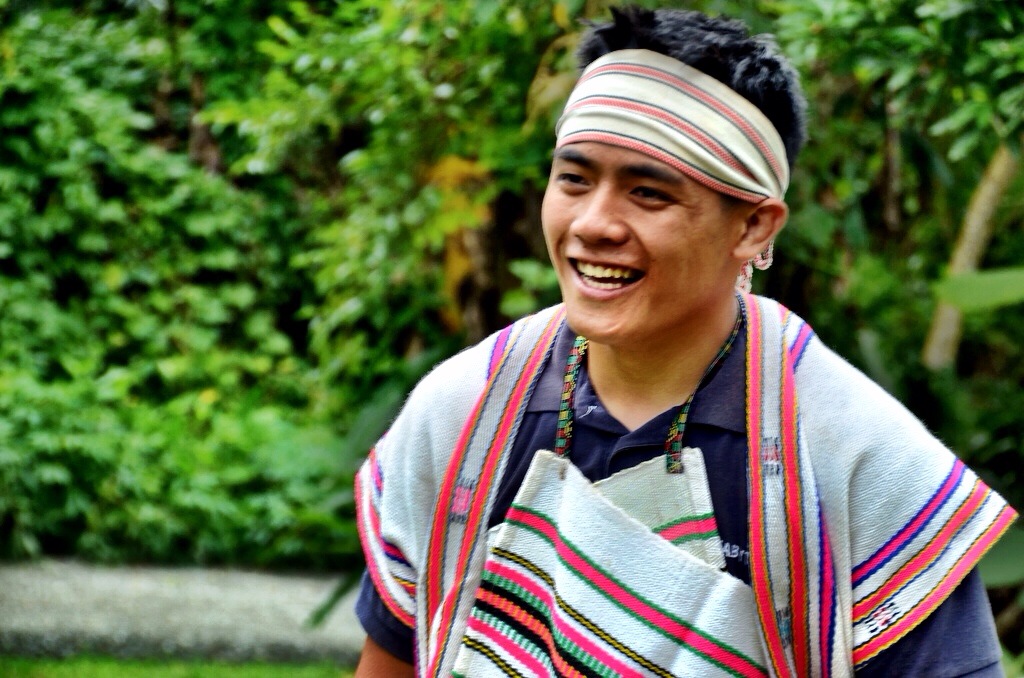 Without realizing it, I had been drawn into the corporate team-building workshop and had bonded with these folks. They were my new friends, and we all hugged and shook hands afterwards. The rest of the day was spent enjoying some of the amazing traditional foods of the Bunun, bonding with new acquaintances and relaxing after the strenuous morning. I know I was supposed to learn more about the aboriginal peoples of Taiwan, but instead I learned more about the Taiwanese of today. That day made me fall in love with them, to thank them for their warm and gregarious ways and to appreciate everything the nation has to offer. It also showed me that a little corporate team building can be a good thing, even for the least corporate amongst us.

5 thoughts on “Accidental Travel: Corporate Team Building In The Jungles of Taiwan”