Ever since I returned from Croatia I’ve had a lot of people tell me how much they want to visit this beautiful country. As well they should; my trip there showed me just how dynamic and interesting a place it is. Most folks though only know about a few areas, namely Dubrovnik and Plitvice Lakes National Park. When you get beyond these two areas though, many people just aren’t familiar with the full width and breadth of things to do in Croatia. One city that I think gets overlooked is one of my favorites, the capital of Croatia – Zagreb.

Most visitors to Croatia will most likely fly through Zagreb; the key though is to not just connect there, but factor it into your overall trip. Like many cities and towns in Croatia, the history of Zagreb dates back to Roman times and the capital has figured prominently in the history of the country over the centuries. For the first time visitor though, there are a few things to keep in mind as you tour this gorgeous city.

Like any other city you visit, it’s important to choose a hotel that’s well located. This is especially good advice for Zagreb. I stayed at the Hotel Dubrovnik, which is centrally located and was honestly perfect for exploring the city. I was there in June 2013 and the hotel was undergoing massive refurbishments, which is good because it was very dated. Hopefully by now the repairs are done and the interior design will live up to its stellar location next to the main square. While it’s not the most luxurious hotel in town, it does indeed have the best location. If you have just a couple of days in town, location is key so keep that in mind. 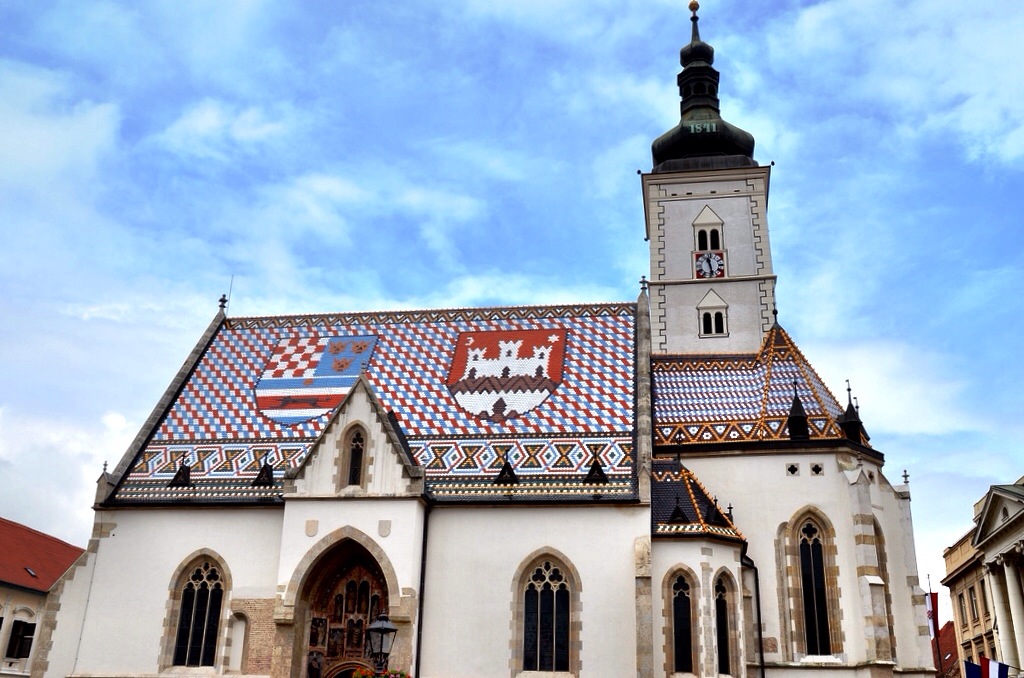 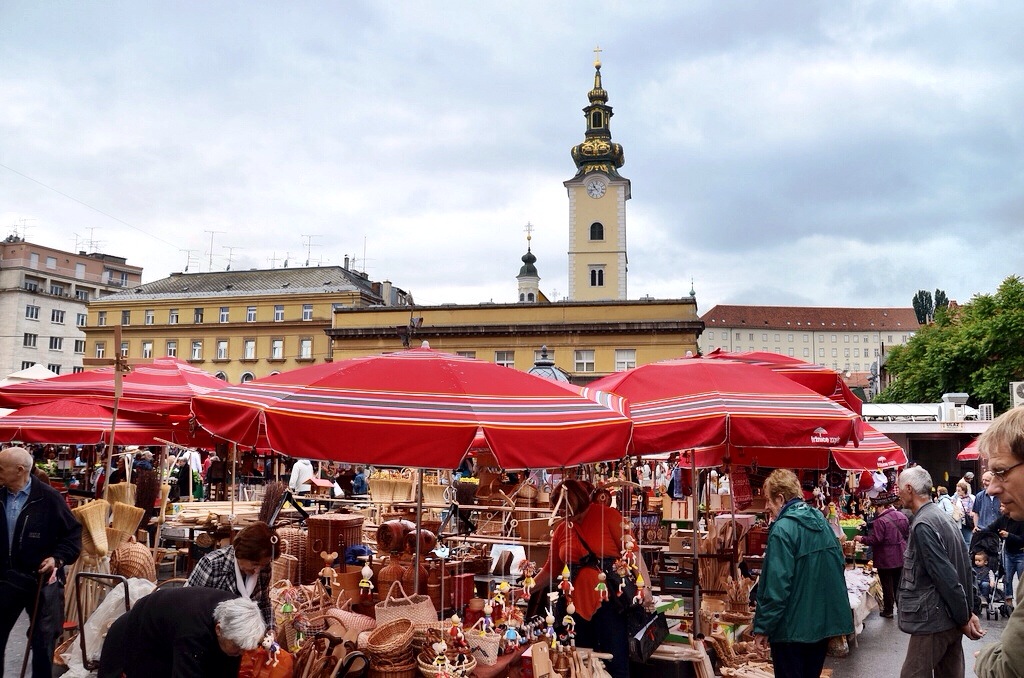 Zagreb is divided into the upper and lower town; upper town is the old, medieval core of the city. An easy walk slightly uphill from the main square, the upper town is the logical first stop for new visitors. The Zagreb Cathedral is the national cathedral in this predominately Catholic country and a tour inside is a beautiful introduction to the importance that religion has and still plays in Croatian daily life. My favorite find was a slab featuring Glagolitic, an archaic script that is today almost extinct. From the cathedral touring the rest of the upper town is easy and you’ll see everything from traditional markets selling food and gifts, beautiful churches like the colorfully tiled St. Mark’s and museums like my favorite, the Museum of Broken Relationships. Started by a couple that had broken up, the museum includes moving displays portraying the heartache that love can sometimes impart. It’s a powerful museum and needs at least an hour or two to fully explore. 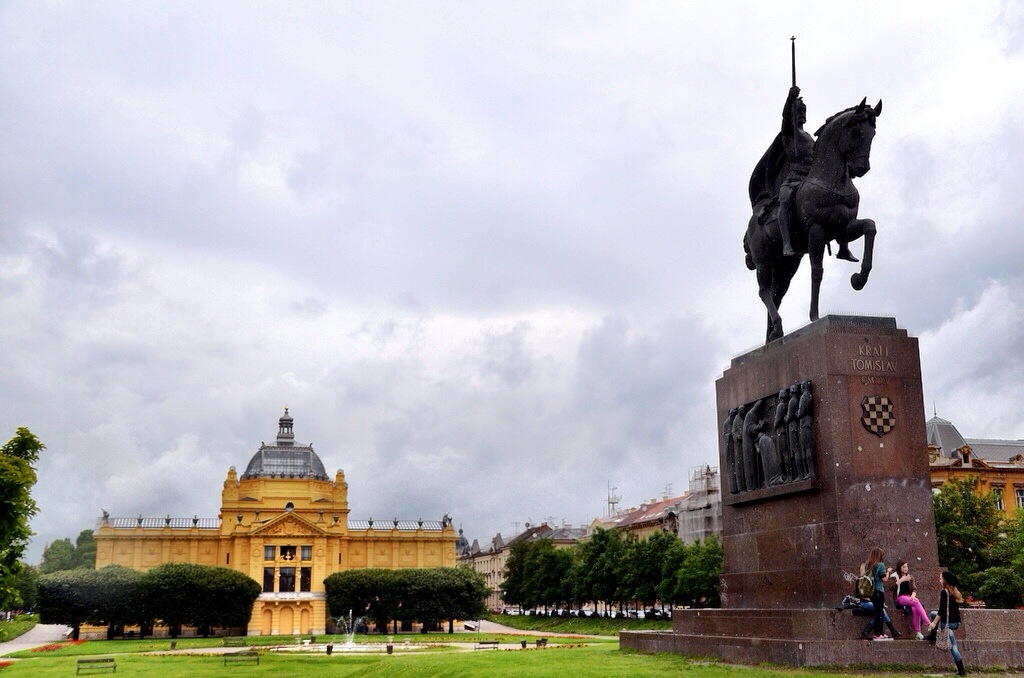 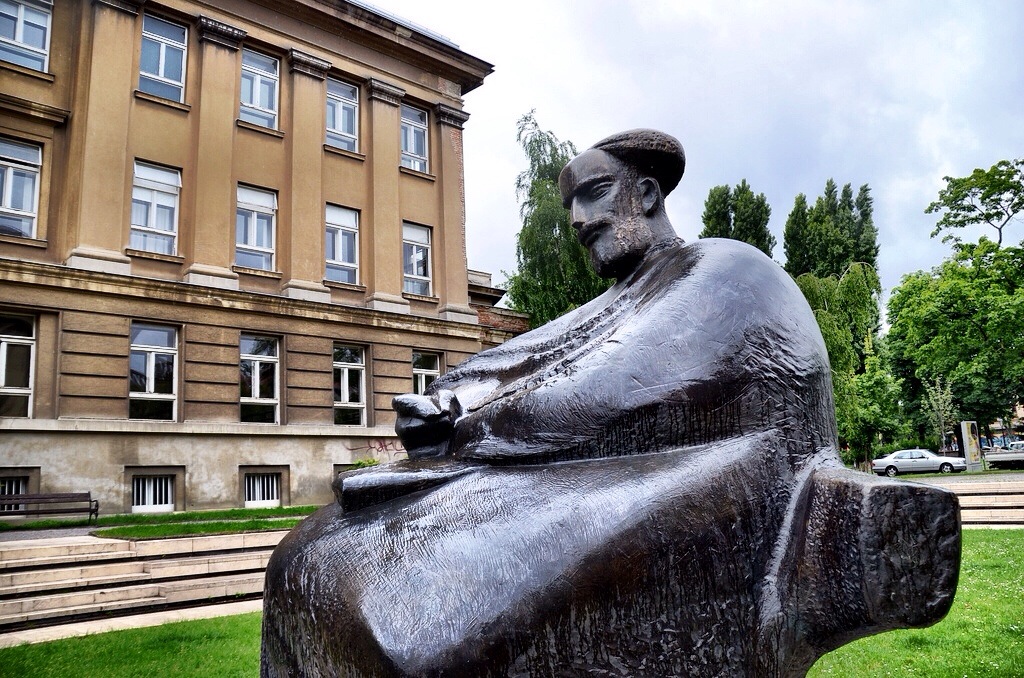 South of the Upper Town is the more modern Lower Town. It is here where much of your time eating, sleeping and shopping will be done. Before I first visited I thought it would all be depressing, Communist-era buildings. Those are there, no question about that, but the city is so much more than that. The Lower Town features a variety of beautiful parks, adding much-needed green space to the city. I also noticed a lot of art installations, including many statues by the Croatian sculptor Ivan Meštrović. Regularly touted as one of the best sculptors of the 20th century, he lived much of his life in the United States, but his heart was always with his homeland. His homeland remembered him as well and a tour just of his statues in Zagreb could easily fill a day. That’s the beauty though of the city, discovering these unexpected statues and parks, small delights in an already delightful city.

Mirogoj Cemetery and a Segway Tour

Created in the 19th century, Mirogoj is the de facto national cemetery of Croatia and one of the most beautiful that I’ve seen anywhere in the world. Walking along the delicate archways, it’s easy to forget that you’re not in a park. The well-manicured gardens, elaborately designed buildings and the feeling of solitude make it a wonderful place to spend some time. I visited Mirogoj as part of a Segway Tour of the city, a great way to see much of the Lower City and the cemetery in just a few hours. Not only was it a smart way to tick off some of the sights faster, but the Segway itself was a lot of fun. I was hesitant at first and while I’m not sure I’d hop on another one anytime soon, I did enjoy it as a different way to sightsee. 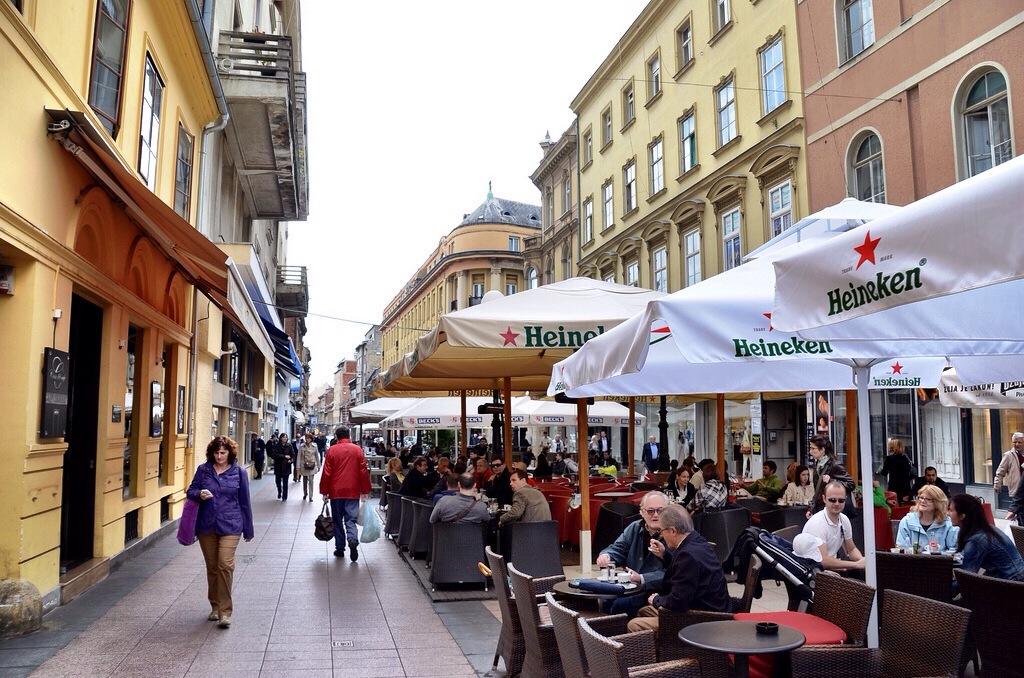 One of my favorite aspects of traveling through Croatia was the food. I was so surprised at the quality wherever we went, especially since I just wasn’t expecting it. I anticipated bland and boring food and instead was charmed at almost every meal. In Zagreb I saw a lot of small cafes and coffee shops where, in the afternoon, locals and visitors alike stop by to relax and catch up with friends. It reminded me of the fika tradition in Sweden and I loved it. Since Zagreb is the capital, and a large city in its own right, you can find just about every type of cuisine in town. There’s a significant Italian influence in Croatian food, and that’s seen right away in the sheer number of Italian restaurants around town. There are also several traditional restaurants, serving classic and hearty Croatian dishes featuring stews, cheeses and meats. My favorite meal though was on Tkalčićeva Street, a major pedestrian-only street in the Upper Town. This street has always figured prominently in Zagreb daily life, and that’s definitely true today. A walk down the street shows a wide variety of restaurants, bars and cafes, including Agava Restaurant. Set off the street, but with great views for people watching from their terrace, Agava specializes in a fusion of Croatian and Spanish (and some Italian) cuisine. A personal favorite was the Pag risotto, using the best cheese in Croatia from the small island of Pag.

Overall, there is a lot to see and do in Zagreb, so much that it deserves time of its own on your tour of the country. Yes the coast is beautiful, the islands are amazing and Dubrovnik is without rival. But there’s also something special about Zagreb, a working city that still manages to charm.

Have you been to Zagreb? What did you think?

10 thoughts on “Zagreb, Croatia – A City That Should Be On Your Bucket List”