Over the years I’ve become more and more enamored with walking tours. An activity I at one time ridiculed, walking tours are I think a fantastic way to learn a lot about a new destination in a short amount of time. Of course the quality of the experience all hinges on one thing – the tour guide. When I was in Curacao though I hit the walking tour jackpot when I joined a unique tour of Curacao’s less-than-savory side.

I was in Curacao as part of the Passport to Paradise project, hired by Marriott to visit some of their Caribbean properties and to share with you all what makes these interesting destinations to visit. The staff at the Curacao Marriott Beach Resort did a great job of recommending activities and so it happened that on my last night in Curacao I wandered over to a meeting spot next to the famous Queen Emma Pontoon Bridge to meet Anko van der Woude, local architect and amateur tour guide. 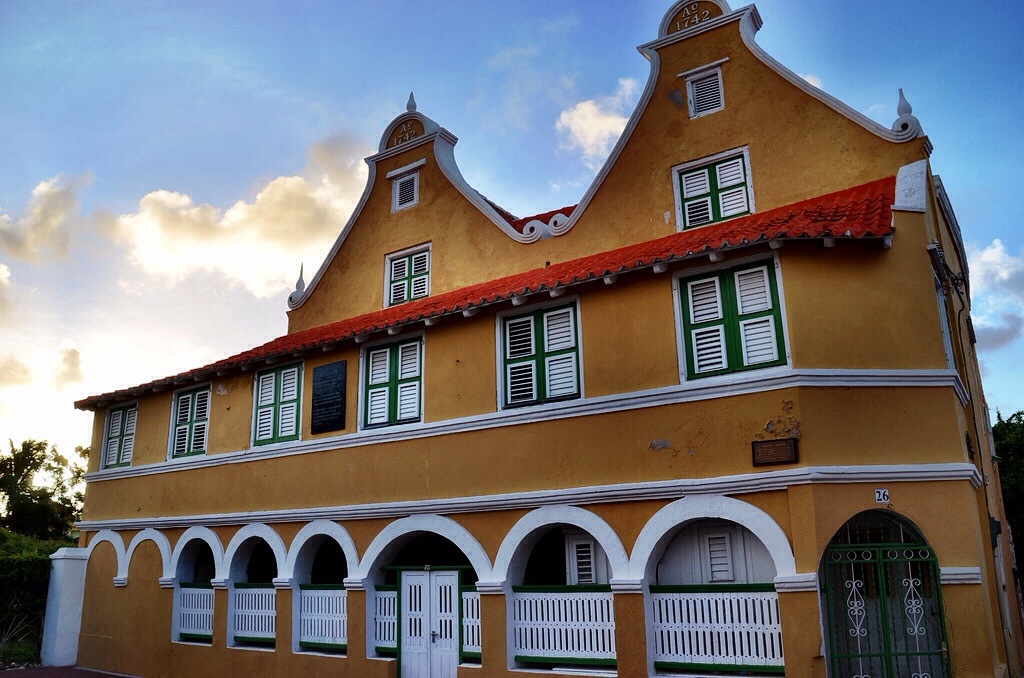 Anko was born on the island and except for the years he spent studying architecture in the Netherlands, he has called the island of Curacao home his entire life. He specializes in rebuilding and enhancing older properties around the capital city Willemstad, finding ways to maintain the historical accuracy with modern conveniences. Over time he became more and more interested in the history of the buildings he worked on and so began a lifelong obsession with the history and architecture of his home island. A few years ago Anko decided to share his knowledge with curious visitors and what resulted is one of the best walking tours I’ve ever been on.

Almost every first time visitor to Curacao will visit the famously colorful Punda district of Willemstad. The old Dutch style buildings awash in blues, yellows and reds are a beautiful and unusual attraction. But most tourists don’t spend as much time exploring the district just across the river from Punda, the Otrobanda.

The Otrobanda District has had a troubled history. One of the oldest parts of town, building started in Otrobanda in the 1700s when new arrivals couldn’t find anymore suitable space in the more popular Punda area. The new arrivals built their homes and businesses in the only way they knew, a classic Dutch style incorporating elements that weren’t necessary for island life, but were traditional. I learned all this walking with Anko as he lectured the mostly Dutch group, taking time to translate into English for me. Like so many of us, I don’t spend enough time looking up at the buildings I pass when I travel. That’s one of the great features of this walking tour, Anko forces participants to slow down and really look around them, to see the living history all around. 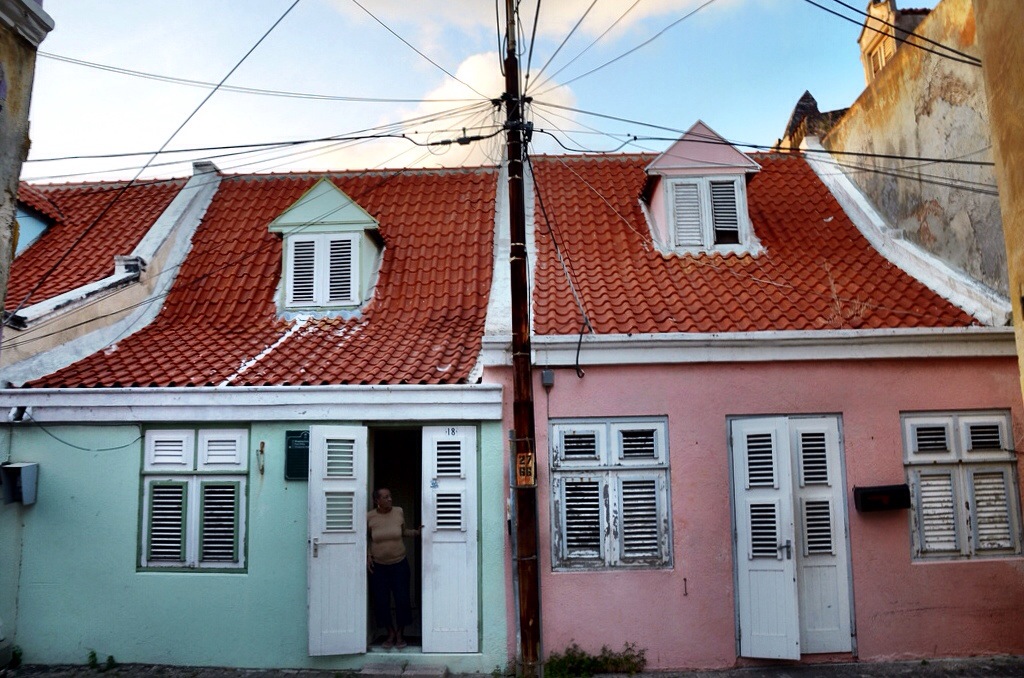 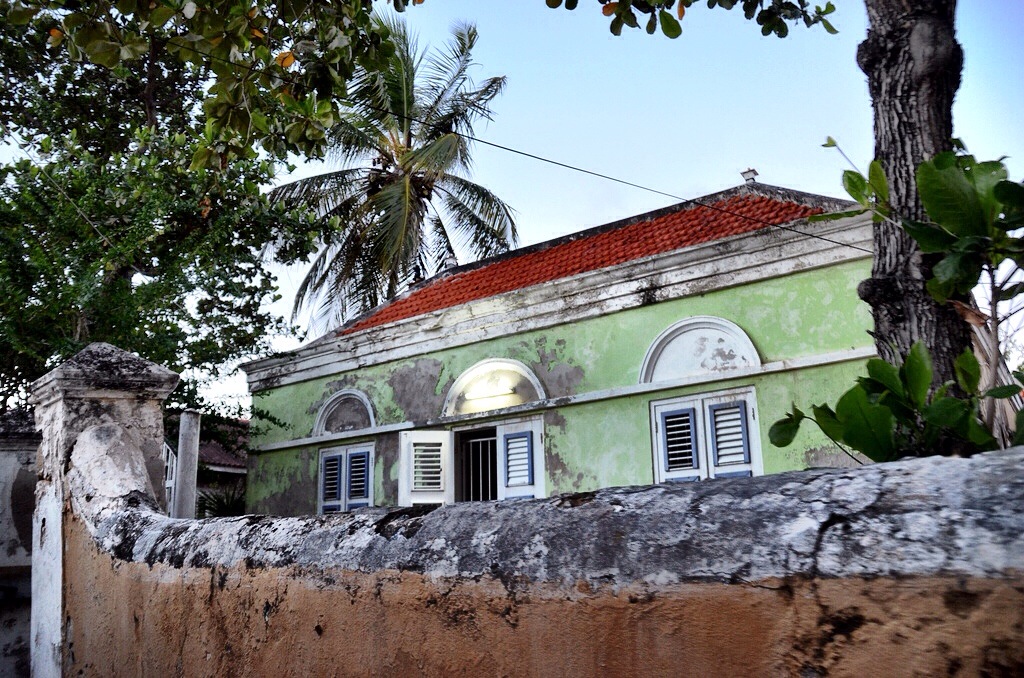 1. Color – The buildings are painted in a variety of bright colors, originally so that residents wouldn’t be blinded from the sun’s glare off of the all-white town.

2. Porch tiled roof – A useful architectural element to protect residents from the sun.

3. Windows – The traditional buildings all have windows and shutters from Holland, these weren’t at all useful in Curacao but the style was what the builders were used to constructing back in their homeland.

More than architectural terms and history though, I began to develop a real love and appreciation for the city as we walked around the Otrobanda. The Otrobanda changed over time; in the 18th and 19th centuries the freed slaves called this area home and by the 20th century other ethnic groups moved in, forming a strong, working class community. In recent decades though this district had fallen on hard times. Crime was rampant and many of the formally majestic buildings had all but collapsed into ruin.

In a strong sense of community spirit though, a few years ago a concerted effort began to bring the Otrobanda back to life. The government and private individuals alike began to buy the ruined properties, painstakingly restoring them to their former glory. There is still a lot of work to be done, but the district isn’t the dangerous place it used to be even just a few years ago. Instead it’s a beautiful testimony to the history of the island and the pride local residents have in Curacao. 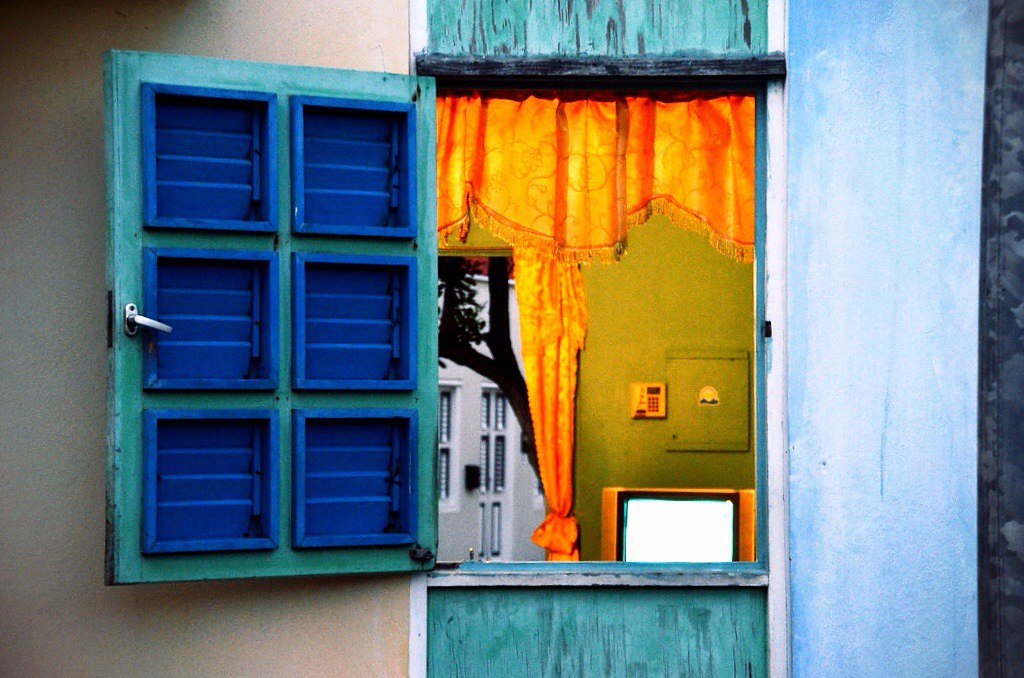 By the time I left Curacao I was in love with the spirit of the island. Yes the beaches are nice and Willemstad is of course beautiful. But I think this love, this deep affection for the history and people of the island came from Anko and not a cocktail on the beach. He opened my eyes to a side of the island I wouldn’t have guessed existed and that more than anything is the hallmark of a great tour.

So when you find yourself in Curacao, do yourself a favor and spend an evening walking around the curiously beautiful Otrobanda district of Willemstad; I know you’ll be as surprised as I was.

I was in Curacao as part of the Passport To Paradise project and was sponsored by Marriott Resorts. However all the smiles, laughs and honest opinions are entirely my own. To learn more about Marriott Resorts of the Caribbean and Mexico and to see their current specials, please check out their web page.

5 thoughts on “Visiting the Other Side of Curacao”