Ever since I can remember I’ve been fascinated by foreign cultures. I read about them and absorbed as much information as I could. Since I lived in small town America with no chance at world travel (at the time), the best way for me to walk the streets of Paris or see the Colosseum in Rome was through language. Some people are good at math or science, for me it was language. I pick them up very easily and I love learning new ones. It gives me an odd joy to learn new vocabulary or to figure out the grammar of a new-to-me language. As such, I’d like to think I’ve at least heard or seen examples of many languages around the world, which is why I was dumbfounded when confronted with a totally new and somewhat alien script in Croatia.

As I walked into the beautiful cathedral in Zagreb, I started exploring as I do in churches and cathedrals; discovering little chapels or long-forgotten altars. Then I saw it, a massive inscription on the wall in a language that definitely wasn’t English and one that I couldn’t even begin to figure out. It was Glagolitic. 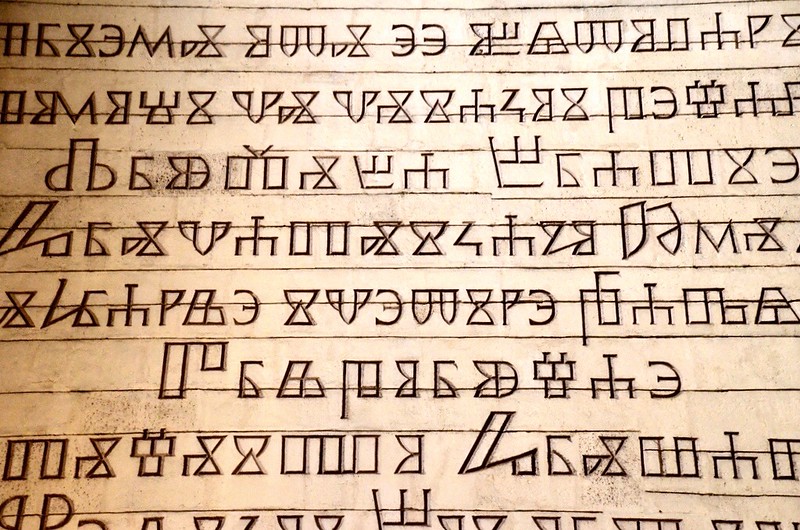 Glagolitic script or Glagolitsa as the language is also known, was developed in the 9th century by two Greek monks, Saints Cyril and Methodius. (Cyril was later attributed somewhat erroneously with creating the Cyrillic alphabet) They were sent to Eastern Europe in order to strengthen Byzantine influence and did so through the most powerful tools at their disposal – language and religion. Glagolitsa was the first attempt to unite the Slavic peoples under one written script and was at one time used in modern day Czech Republic, Croatia, Bosnia, Macedonia, Bulgaria and Slovakia. Not a true language per se, it is indeed a script. In other words, locals still spoke Russian, Croatian or Czech, but wrote official documents and religious texts in the same phonetic Glagolitic script. It was especially popular in Croatia, which is how I was lucky enough to discover it.

I stood there fascinated, having never seen anything quite like it. The letters weren’t Latin or Cyrillic, yet they weren’t as abstract as the Arabic or Chinese alphabets either. The script looked approachable, decipherable and I was transfixed trying to figure out the structure. The script was much more than just a way to quickly share the Gospels though. Over time, especially in Croatia, its use became a symbol of nationalism, and as such was banned on more than one occasion. Its use by the clergy usually was a not-so-subtle way to rally the populace and to strengthen a sense of Croatian pride. 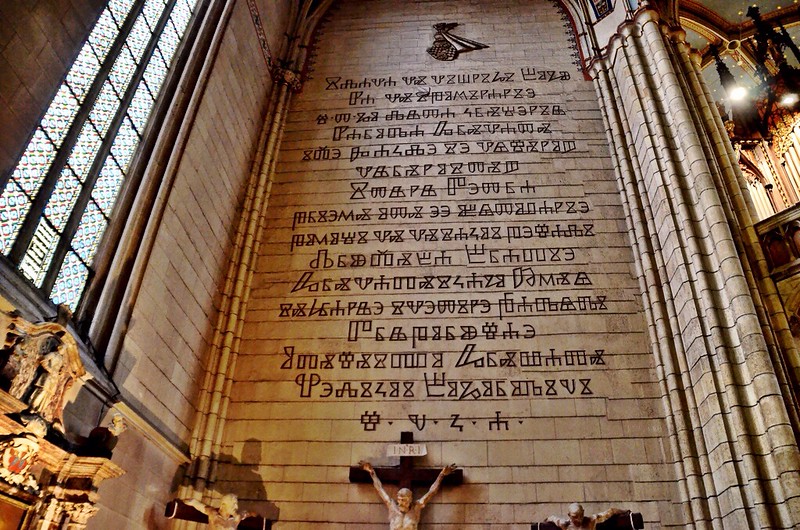 I didn’t know any of that as I stood in the cathedral though. All I knew was that I had discovered something completely new and different to me, something that made me wonder and think. It was an exciting moment, although my friends were baffled at my enthusiasm. But for me it’s a prime example of why I travel. Not just to see famous sites and places, but for little moments of discovery like that one in Zagreb.

What oddities have you discovered on your travels?