When people think of Aruba the first thoughts are invariably of pristine beaches and swaying palm trees. Perhaps even a poolside lounger and a fruity drink with a big umbrella. I am willing to wager however that the last thing they consider is the island’s amazing, rugged natural side. I was just as surprised as any first time visitor when I hopped in a Jeep and set out for a great morning off-roading along the rocky and barren north coast of Aruba.

I was in Aruba as part of the Passport To Paradise project and while I definitely fell in love with the Aruba Marriott, I’m an active traveler and time away from the hotel is just as important to me as lounging with that fruity drink. A morning exploring the desert landscape of Aruba was the perfect way to quench my need to explore. 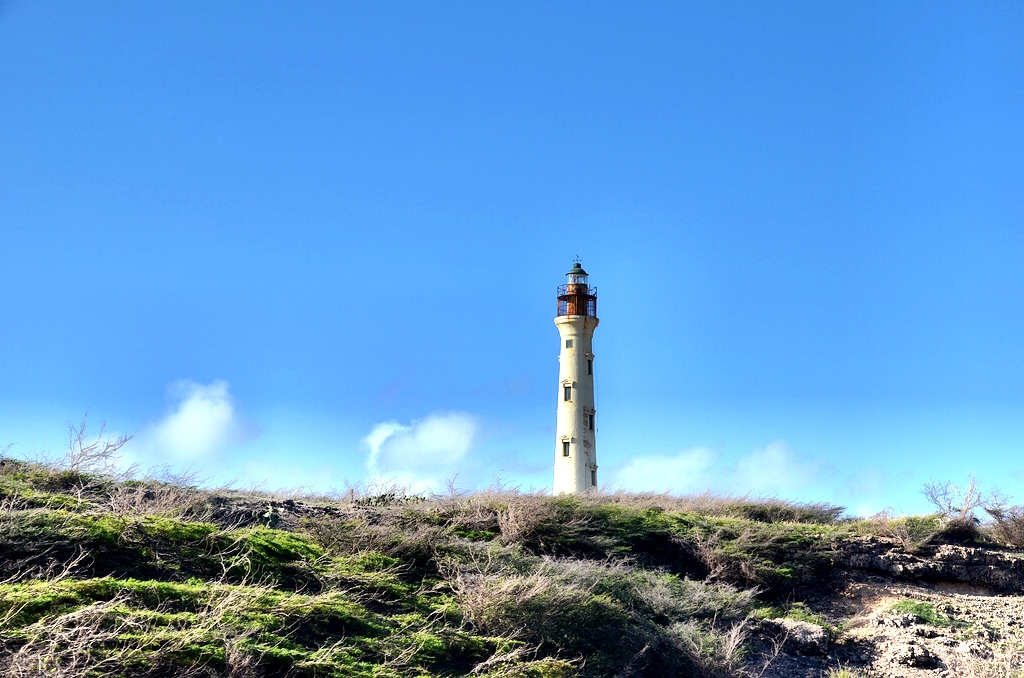 Like Curacao, Aruba has an arid desert terrain, filled with dense scrub and cacti. After just a few minutes of driving, the sandy beaches fell away and in their place were rolling hills of rock and dense foliage. It wasn’t aimless wandering though, even though few people call this part of Aruba home, there are certain stops every adventurer has to make. The first is to the California Lighthouse. Named after a wrecked vessel, the lighthouse was built to prevent such incidents from ever happening again. Located on the northwest tip of the island it’s the perfect jumping off point into the rough and tumble part of the ride.

I’ve spent time along Spain’s Costa Brava, and was especially reminded of the rocky and desolate Cap de Creus Natural Park as we drove along the dirt roads running parallel to Aruba’s shoreline. My guide for the day said that it’s common for families to spend a weekend camping out on this part of the island, packing enough delicious food for an amazing BBQ before settling in to tents for a night out of doors. Completely different from a nap on the beach, the trails on this part of the island require an expert touch. They’re also popular with mountain bikers and I saw several intrepid souls dodging boulders as they conducted their own exploration of the north shore.

Legend has it that the original colonialists named this island oro huba, or “there was gold” on their insatiable quest for golden treasure. They never found it, but they did name Aruba in the process. Gold was actually found on the island centuries later in the late 1800s and the driving tour includes one of those old, abandoned mines on the route. It’s an eerie site, but with amazing views of the rocky cliffs I could see why performers use it as a unique concert venue. 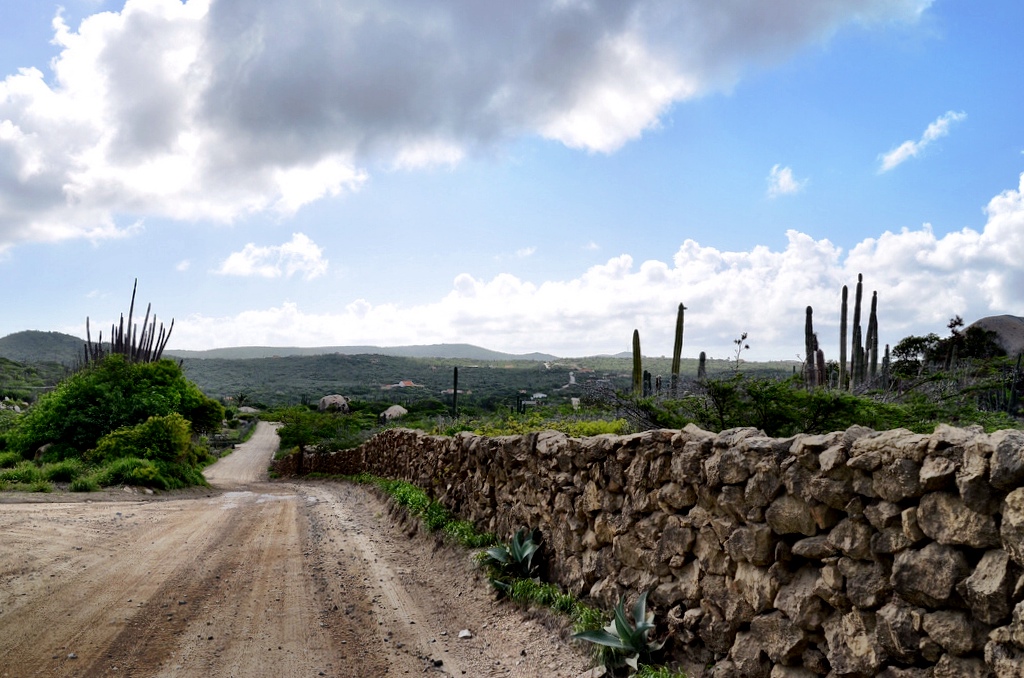 The best part of the day for me though was the drive itself. Bumping along in the Jeep and watching the bizarre landscape roll by; massive boulders seemingly placed there by giants were the norm instead of an oddity. It gave me a not only a different perspective of Aruba, but a deeper appreciation for it as well. The island is so much more dynamic than a just nice spot for American tourists. There’s much more depth that extends well past the high-end stores on Main Street or the two-story Pizza Hut that frankly saddened me to see. This is a true destination in its own right and not just a tropical fabrication. It’s an exciting and fun place to visit, facts that might have been lost on me had I not jumped into that Jeep.

That’s why it’s so important, no matter where you go, to get out and do a little exploration. It doesn’t have to be all consuming, but you should at least give yourself the opportunity to see what makes a place tick, whether it’s cultural or just part of the natural heritage. If it weren’t for that Jeep ride though I know I wouldn’t have ended up enjoying Aruba as much as I did.

I was in Aruba as part of the Passport To Paradise project and was sponsored by Marriott Resorts. However all the smiles, laughs and honest opinions are entirely my own. To learn more about Marriott Resorts of the Caribbean and Mexico and to see their current specials, please check out their web page.