I’ve spent a fair amount of travel time on islands, near beaches and I thought I knew what to expect. Snorkeling, lounging by the pool and maybe even a nearby zipline. But on St. Thomas while a guest of the Frenchman’s Reef Marriott Beach Resort, I was truly and honestly surprised when I found out they have a water jet pack excursion.

I was on St. Thomas, located in the U.S. Virgin Islands, as part of the Passport to Paradise adventure; to explore and share with you all what there is to see and do around many of the Caribbean Marriott properties. Before the trip there was a public vote for what activities I did in each location and on St. Thomas, the water jet pack deservedly won. I won’t lie though; I was a little intimidated by it.

At the Marriott Frenchman’s Reef, there is a fully staffed Adventures desk, where you can book any one of dozens of fun experiences around the island. This makes it easy for guests to quickly decide and embark on the adventure of their choice. I walked down to the docks of the Frenchman’s Reef where I met my jet pack guide for the day and before I knew it we were in the boat and I was getting a full safety briefing.

How does it work?

The fine folks at St. Thomas Jetriders have a Jetlev JetRider, which uses a 200-Horse Power marine engine, pumping water up a 33-foot hose at over 1,000 gallons-per-minute generating an incredible 420 pounds of thrust. As the water reaches the jetpack, the rider uses two nozzles to control the jets and steer the pack. It’s also incredibly safe. I was strapped into a 5-point safety harness out of which I could have quickly and easily gotten out. The jetpack also comes equipped with a kill switch that, if used, will instantly turn off the jetpack. These really aren’t needed though, the jetpack itself doesn’t have an engine and even if you were to fall from the maximum height of 30 feet, you’d be fine. The pack floats and it’s very easy to turn around in the water.

Once I was in the water, through an earpiece the guide gave me instructions on how to turn on and maneuver the jetpack. Even though I was personally a little scared, I was told that I had a faster learning curve than most riders. Within ten minutes or so I was walking on water, still a little intimated to go up the full 30 feet into the air. 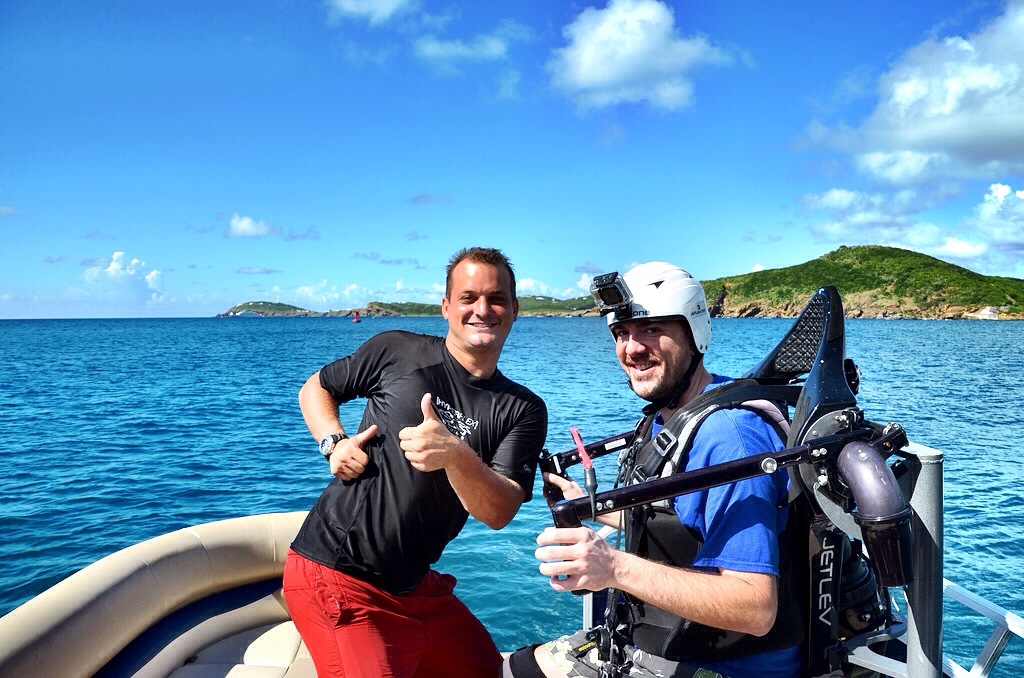 The jetpack is very sensitive to movement, something I had to get used to. Even the slightest twitch of the arm will send the rider careening in the wrong direction, so for me the most critical part was learning to calm down and stay focused on where I wanted to go. There was a lot of trial and error involved and I fell into the water more than once, but it was also a lot of fun. There’s something unreal about the sensation of weightlessness one feels as they are lifted out of the water, flying over the waves like James Bond. Once you’ve truly mastered the jetpack, there’s almost no limit to the in-air acrobatics you can do, although I certainly didn’t get to that level on my first try.

By the time I was done I was exhausted but exhilarated. It was completely unlike any other activity I’d tried at any resort in the world. As an experiential traveler who just can’t seem to sit still, it was the perfect in-water introduction to the beautiful island of St. Thomas. 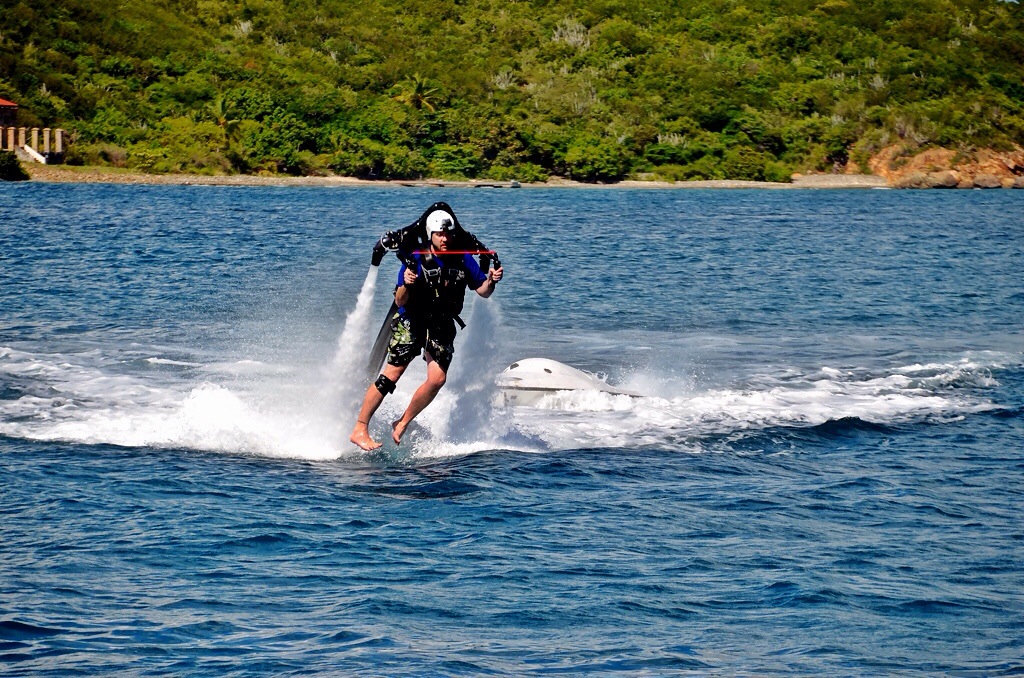 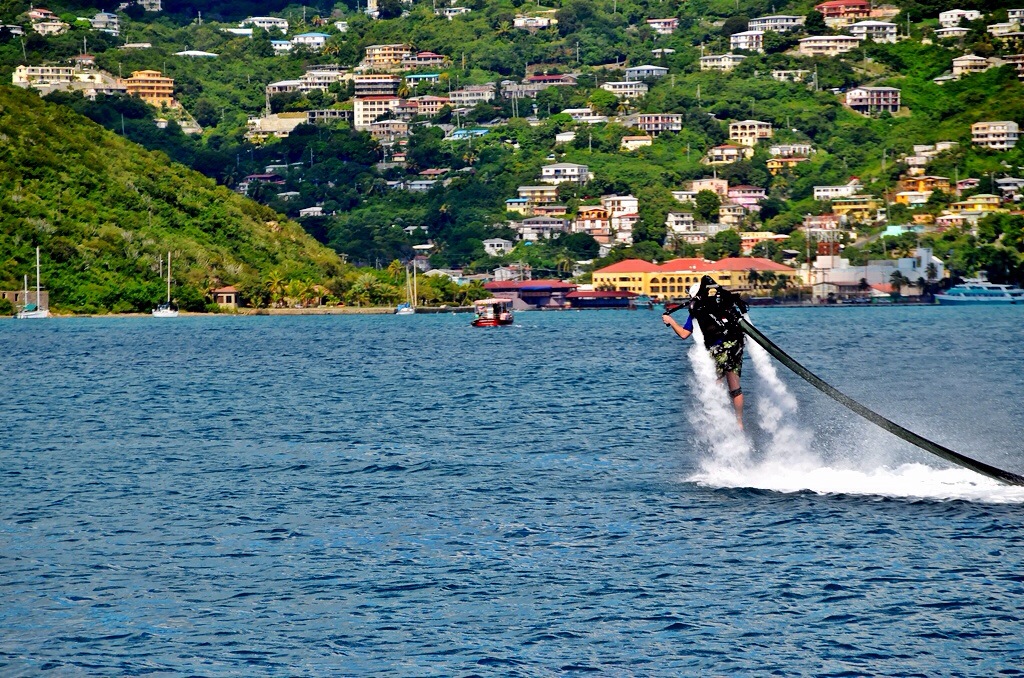 I was in St. Thomas as part of the Passport To Paradise project and was sponsored by Marriott Resorts. However all the smiles, laughs and honest opinions are entirely my own. To learn more about Marriott Resorts of the Caribbean and Mexico and to see their current specials, please check out their web page.