“Sometimes I wait for two-hours on the weekends just to get in,” my host shared with me as we casually walked through the doors of the busy restaurant, servers darting around in a chaotic but well choreographed scene. I was in the basement of one of the tallest skyscrapers in the world, Taipei 101 that soars some 1,600 feet into the air and one of Taiwan’s best-known landmarks. I was there for another famous experience though, lunch at Din Tai Fung, the best dumpling restaurant in the world.

Opening its doors in 1958, Din Tai Fung was originally a cooking oil retail shop of all things. It wasn’t until 1972 when the owners, facing a diminished interest in cooking oil, decided to make a change and transformed the shop into a restaurant specializing in the delicately prepared pillows of dough known as Xiao Long Bao, steamed soup dumplings. 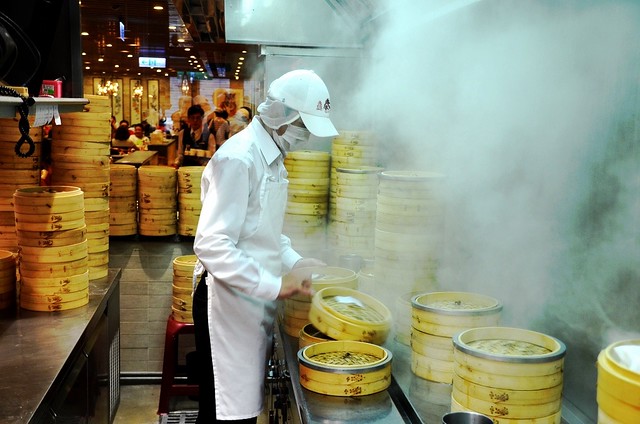 I was in Taiwan with AFAR Magazine and Taiwan Tourism as part of a special project and for the first meal our hosts correctly chose this remarkable restaurant. The smells are what hit me first, along with the noise of the patrons slurping down their prized meals. I still wasn’t sure what to expect though as I sat down to eat at one of Taipei’s most prized restaurants. I had eaten dim sum before, but never really enjoyed the experience. I’m a picky eater and am usually so nervous about what’s hidden inside those doughy balls of mystery that I just can’t enjoy the meals. I had never eaten at Din Tai Fung though and their mastery of the dumpling soon put my mind to ease.

We started out slowly though, enjoying some appetizers while watching the baskets of dumplings en route to other tables pass oh so close by. The meal was family style, small plates shared between friends. That was a fairly constant feature of most of the meals I enjoyed in Taiwan, sharing and community emphasized at every turn. I couldn’t identify everything in front of me, but the plates included: Sauteed green beans, stewed bean curd, spicy pickled cucumber, fried pork chop and what surprised me the most, bamboo served with a light sauce. I never imagined I would ever like bamboo, but like a hungry panda I wolfed down the portions. 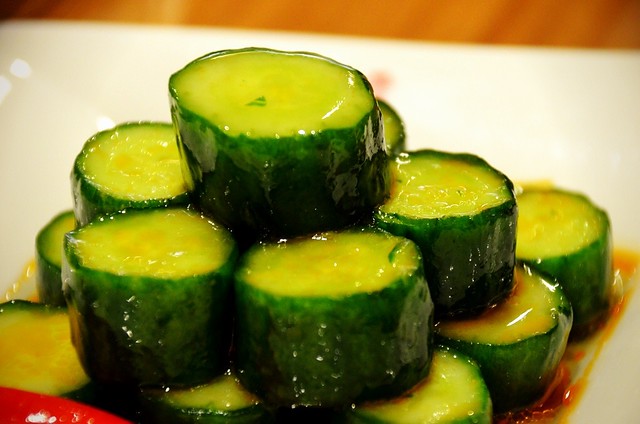 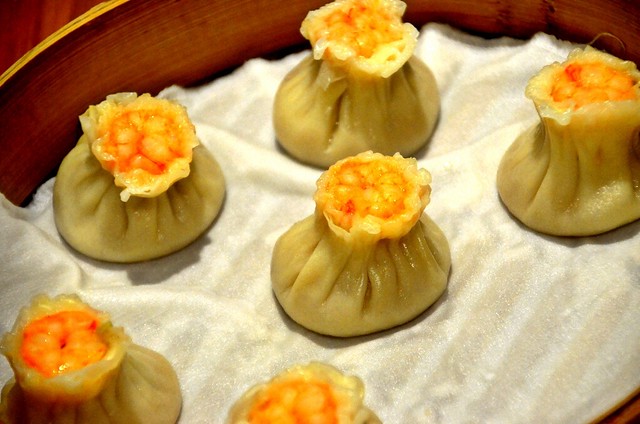 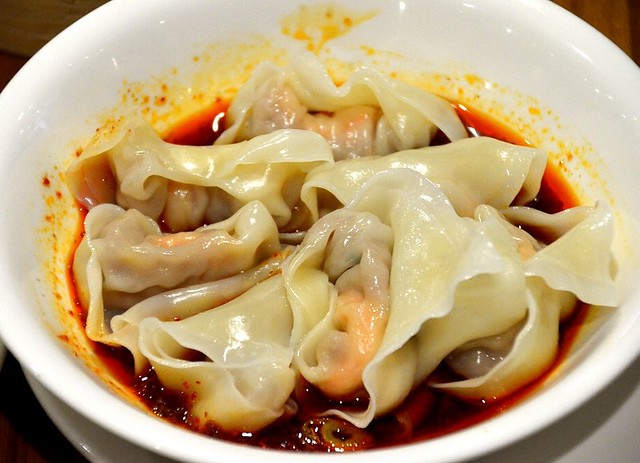 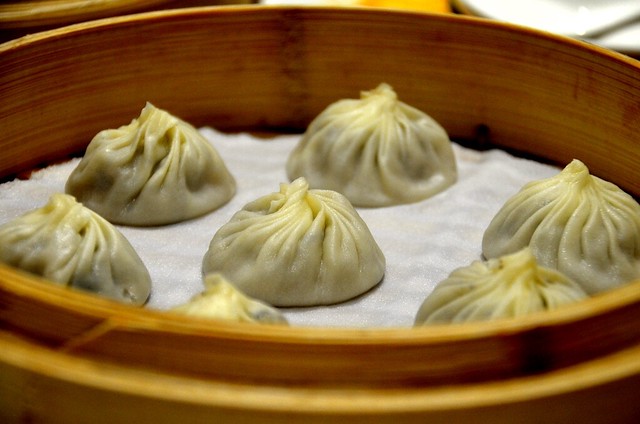 This was all prelude of course, everyone sat there in tense anticipation of the main act, what everyone comes to Din Tai Fung to enjoy, the famous Xiao Long Bao.

Known in English as soup dumplings, that actually isn’t the best description for Xiao Long Bao. These tasty bundles of dough are meticulously filled with a variety of meat options, folded and then steamed to perfection. The filling though is really a meat aspic, which means when heated hot soup magically appears within the bun itself. There is a very specific method to eating these delicacies though and if you follow these steps you’ll instantly impress everyone at your table.

The steps sound easy, but believe me they’re deceptively difficult to master. Soup dumplings may be what the restaurant is known for, but it’s certainly not the only kind of steamy goodness on the menu. Diners usually enjoy a mix of the classic soup dumplings along with other dumpling varieties to round out the meal. That sunny day in Taipei I tasted the traditional pork Xiao Long Bao, but the table was also served a pork and truffle Xiao Long Bao, shrimp pot stickers, fish dumplings, steamed shrimp and pork Shiaomai, pork buns and a delicious spicy shrimp and noodle dish. Following this smorgasbord of doughy goodness, even more plates appeared with soups and dessert buns, filled with red bean paste. 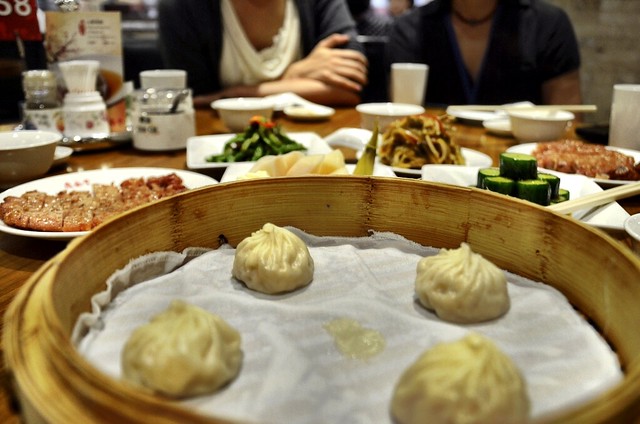 At the end of the meal I was laughing and overstuffed with one of the best meals of my life. It was a great meal not just because of the quality of the food, but for the company and the event itself. Like so many other cultures, Taiwanese understand the value of a meal to friends and family. The communal aspect of sharing and sampling the small plates wasn’t just economical, it was fun. It was the perfect introduction to the culinary traditions of the country, which turned out to be one of my favorite aspects of the trip.

You don’t have to go to Taipei though if you want to sample the best Xiao Long Bao in the world. Din Tai Fung has more than 80 locations around the world, including two in Los Angeles and one near Seattle. No matter where you enjoy these soft delights, make sure you go with good friends and family for a true Taiwanese dinning experience.