The most recent Apple update to our iPhones and iPads left many of us scratching our heads and wondering if we had just made a big mistake by allowing the update. But after a few hours of experimenting with the new features, I learned that while disconcerting at first the changes are in fact amazing, for the most part. Among the many added features are these five that I think will help everyone’s travel experience.

1. Fancy Photo Features – Apparently the new iPhone 5s allows users to shoot in burst mode, creating multiple photos at once. The new operating system though also includes a light version of the photo burst feature for those of us who haven’t upgraded yet. Just hold down the shutter button while in photo mode and it will capture three photos per second, a pretty cool feature for capturing everything from lightening to fast moving puppies.

2. New Solutions to Keep International Data Overages Under Control – My phone isn’t unlocked, which means that when I travel I can’t just buy a local SIM card and pop it in to stay connected cheaply. In order to stay online, I either have to use WiFi only or purchase a data option from my mobile phone company, which I often do. In the US, the data packages are pretty robust for the fees paid but there’s always a worry I have, that my apps are secretly consuming data without my knowledge. To help prevent this, the new iOS 7 allows users to see and track the data usage each individual app is using and turn it off if you need to. This isn’t just great for data conscious travelers, but for anyone who needs to keep track of their data usage with their mobile plans. This tracking can be found under Settings and then Cellular. 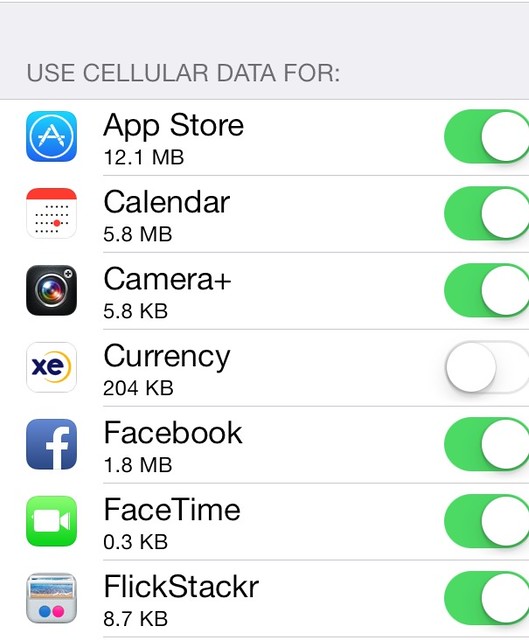 3. Easier to Get Directions on Apple Maps – I use Apple Maps all the time, even when just exploring my hometown. I’m horrible with directions and rely on the walking directions my phone gives me through its many magical powers. However, it’s not always easy to set up and about half the time I get frustrated because I can’t get the maps feature to give me the walking directions I need. With the new update though, you can set walking directions as a default on your phone, perfect for not getting lost at home or while on a trip. To change the default, just select Maps under Settings and change it to Walking. 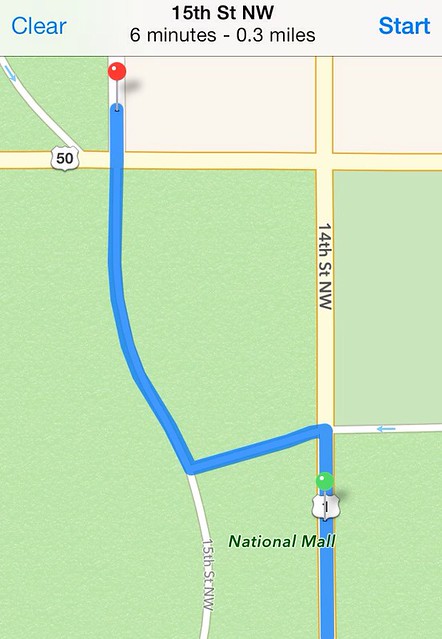 4. Call Home For Free – The new operating system greatly expands the already impressive FaceTime feature to incorporate audio only calls. In the past I’ve had issues using FaceTime, which previously was only for video calls, when the WiFi connection wasn’t strong enough. The call quality using audio only is also vastly improved over the old video option and of course there’s the money saving aspect. Using FaceTime and connecting to WiFi, the calls are free, allowing you to easily and quickly communicate with anyone who also has an iPhone, iPad or iPod touch. 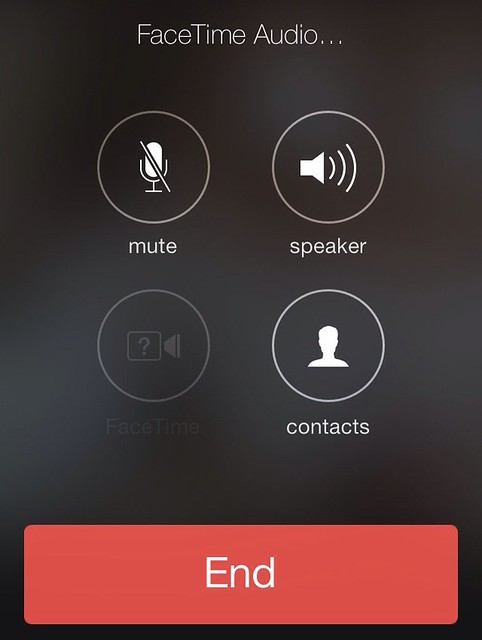 5. New Video Features – iOS 7 has also improved the options available when shooting video on your iPhone. First, you can now zoom, just pinch the screen either before or during the video shoot. The video options were a bit limited in the past, so this is a great new feature even if it only works on the iPhone 5 series. The second new video related feature is that the videos you shoot can now be shared via Photo Steam, the cloud feature that allows for seamless sharing between devices and people. I use Photo Stream all the time for editing and to quickly transfer photos from my phone to my computer when traveling and am thrilled that video will now be included in this mix.