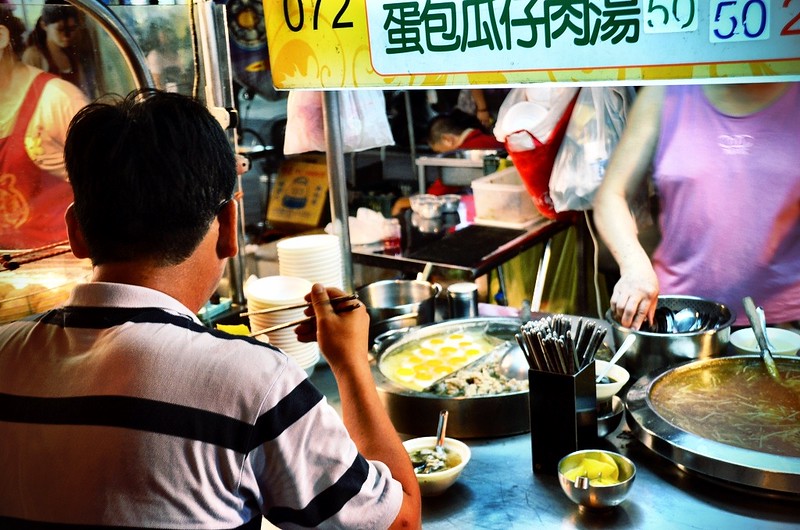 I have a lot to say about Taiwan and you better believe I’ll be sharing everything that I saw and experienced over the coming months. But one of the things that worried me the most, as it usually does, was the food. I’ve written a few times about how picky I am as an eater and it can frankly be a major issue in some parts of the world. I don’t eat any seafood and my repertoire of acceptable vegetables is rather limited, so it was with these preconditions that I hesitantly first dipped my toes into the murky waters of traditional Taiwanese cuisine. 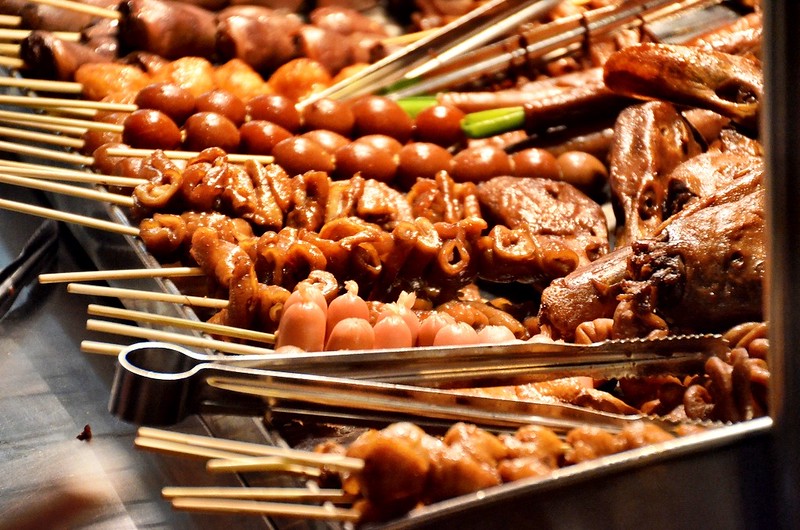 Although Taiwanese food is of course greatly influenced by mainland Chinese cuisine, there are also many other influences including international foods and even aboriginal cuisine. The result is a diverse and always interesting food tradition that thankfully includes a lot of meat. Without a question pork is the most common meat in Taiwan, a fact that surprised me a little. I’m so used to the prevalence of chicken in Southeast Asia that I just assumed the same would be true in Taiwan but no; there the pig is king. You can find the porcine goodness in everything from fancy dim sum meals to the most humble of street market cuisine. But its presence helped me get through a lot of frankly dodgy (meaning seafood influenced) meals. Other meats are of course present, including chicken and beef but my favorite meal during my visit to Taiwan was an expertly prepared Peking duck at the Celestial Restaurant in Taipei. I’ve never had anything quite like it and it’s a meal I still think about. Yes, it was that good. 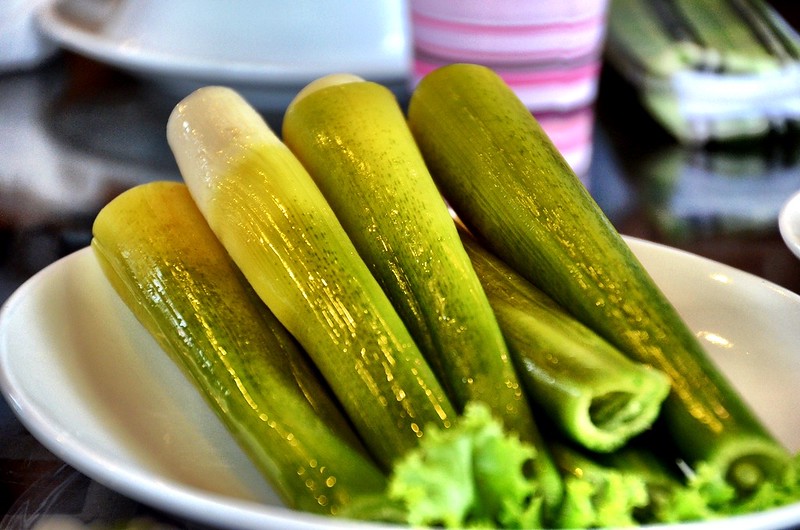 It’s Asia so vegetables are incorporated into almost everything, including many that weren’t familiar to me. Instead of potatoes, yams are a common accompaniment along with pumpkins and other gourdy fruits. But it’s the leafy greens that everyone in Taiwan seems to crave and which personally drove me away. I just can’t eat plates of eggplant or pickled anything and so it wasn’t always easy to deal with the many side dishes.

The reliance on small plates, family style eating really, was a great help as I wasn’t committed to a single dish that may or may not have worked for me. The small plates are also cheaper and gave me the chance to experiment and see what I did and did not like. That’s how I learned that I like giant rounds of bamboo, a fact that still surprises me frankly. Sharing and experimenting was the best way for me to learn more about Taiwanese cuisine. 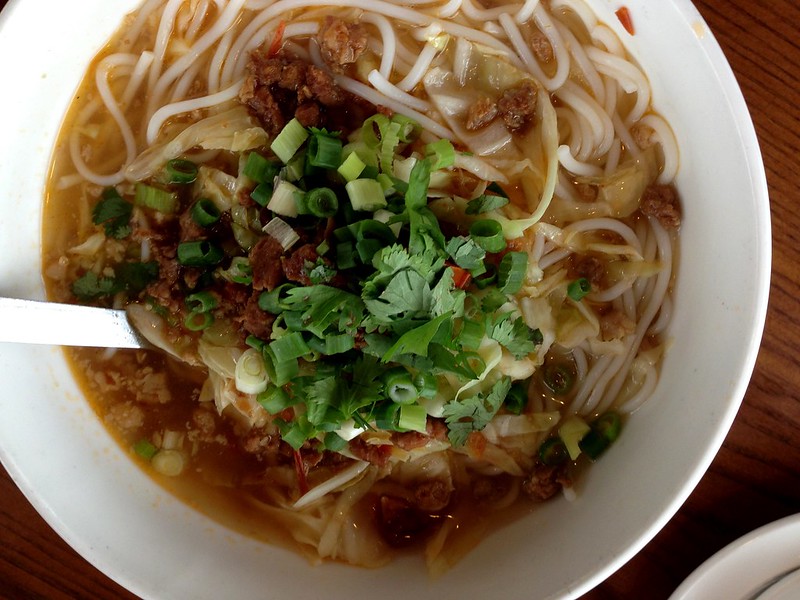 While not specific to just Taiwanese cuisine, one sees it throughout Asia, the constant presence of soups at most meals was a welcome sight. If served along with a larger meal, the soups tend to be simple broths, but more robust and ingredient filled slurpy courses can be found as well. The best though is cooking in the soup itself by eating at a hot pot restaurant. A cross between a buffet and a fondue restaurant, each table comes with built in soup pots into which you add any combination of ingredients you want. It’s a fun, healthy and delicious way to enjoy an evening out. 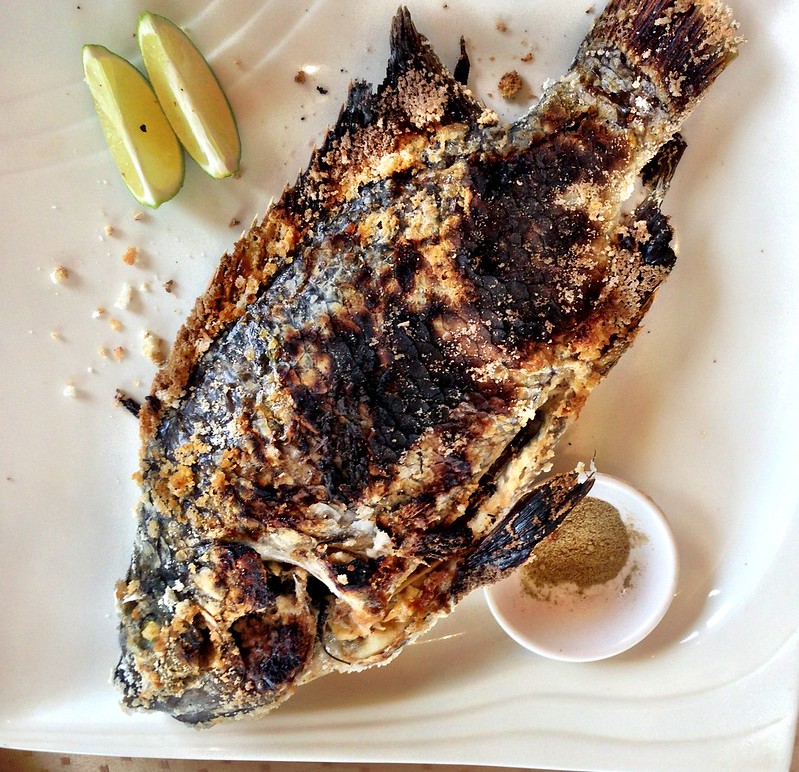 Ok, so the preponderance of seafood in Taiwan was a bit of an issue for me. Not surprisingly, the island nation has a strong proclivity for eating fish and other watery delights, which is fine, it’s just not for me. I happen not to eat any seafood of any kind, but if you enjoy it then this is the place for you. More importantly, I was able to eat just fine (for the most part) in spite of my picky eating ways. I was there for ten days and visited nearly every corner of the country and there were always alternatives for me. So if you’re an anti-seafood person like me, rest assured, you’ll be fine. 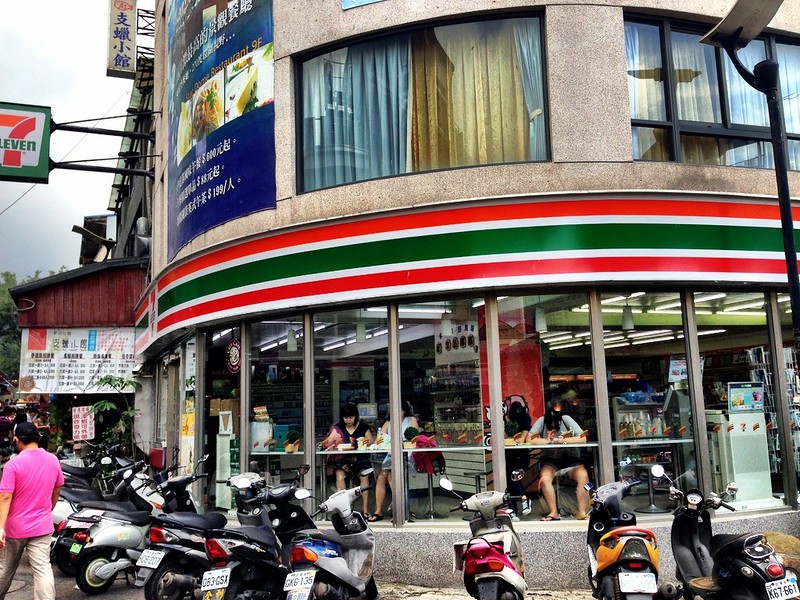 Don’t laugh and please hear me out when I say that 7-11 convenience stores were an important part of my food experience in Taiwan. Like many other Asian countries, there seemed to be a 7-11 around every street corner. Sure, I loved buying Coke Zero and Pocky chocolate sticks there, but I also loved it for the window it provided into the quirkiness of Taiwanese food preferences. It means something that the potato chip flavors include chicken, kimchi and seaweed. It reveals something about the culture that the brown tea eggs are simmering in the front of the store where in the U.S. pizza would claim the prized spot. Visiting grocery and convenience stores is one of the best and fastest ways to learn about a new culture’s food likes and dislikes and shouldn’t be snubbed by anyone.

So to answer the question posed in the title of the post, yes, it is possible for a very picky eater such as myself to not just subsist in Taiwan, but to thoroughly enjoy the food experience. As with most trips, the food was an extremely important part of the experience for me personally and while I may not have tried everything, I tried a lot and can’t wait to share in more detail what makes Taiwanese cuisine unique and delicious.

I was in Taiwan as part of a special project with AFAR Magazine and Taiwan Tourism in my role as an AFAR Ambassador.

19 thoughts on “Trip Results: Can A Picky Eater Enjoy Taiwan?”