Gas cost $1.15 a gallon and you could buy a loaf of bread for less than two bucks. Peace was reached in Northern Ireland, the US had a budget surplus, Google was founded, Buffy was slaying vampires and Bill Clinton swore he didn’t have sexual relations with that woman. It was 1998; I had just graduated college and was about to embark on a trip that would change my life forever.

Last week I was driving to Dunkin Donuts for some much needed coffee when a song by Mumford and Sons came on the radio. It doesn’t matter which one since they all sort of sound the same (in a good way) but it took me instantly back to another place and time. It was like a flashback you see in a movie except there was no good looking hero or special effects, just me in my minivan and trusty XMSirius radio bringing back some amazing memories.

I flashbacked to Edinburgh, June 23, 1998 and my evening spent at the Tron Ceilidh House. I graduated college and set off on a long planned and eagerly anticipated trip to England and Scotland. Even though I had been in France before, this was my first time backpacking and my first time traveling alone and I was terrified. The memories were hazy though and so I decided to find my journal that I kept on the trip and I’m so glad that I did.

I’m pretty sure I haven’t read the journal in about 15 years and it’s amazing how much and how little has changed. Throughout the notes I noticed little travel tips I kept giving myself for future trips, everything from train travel to interacting with locals. I guess I have always been a traveler at heart. But then I opened it up to June 23, 1998 when I was Edinburgh.

I was only supposed to spend a week or so in Scotland, but I fell in love immediately and intensely and Scotland soon consumed most of my trip. On June 23, I along with a friend I met in the hostel donned soccer jerseys, painted our faces blue and white and walked down to the pub to watch the World Cup match between Scotland and Morocco.

The crowd was electric and I had never experienced anything like it before. Throughout the game, and many rounds of beer, the standing room only pub erupted in song and even dance. At the end of the match, Scotland lost 3-0, but it didn’t matter, well to me at least. I felt like I belonged there, in Edinburgh and it was a sensation totally new to me. Afterwards I along with several new friends from the youth hostel drunkenly walked to the nearby Tron Ceilidh House on the promise of live music.

The pub was busy, but less claustrophobic than the one we had just left. There were nine musicians sitting down, playing everything from violins to Irish drums and they were amazing. It was a real live ceilidh, a traditional Gaelic social gathering usually involving music and dancing. It’s a jam session really and a lot of fun to experience first hand. One of the musicians by the name of Audrey Gray sat there playing the drums, spoons and even shells. Her eyes were closed and she swayed with the music, she felt every note she played and so did I.

Standing there I was transfixed. I couldn’t tear myself away from the music, the sounds, the excitement, the feeling of being there at that time. A lot of the patrons were too busy chatting and drinking pints, but they disappeared from my view. I was in a tunnel; it was just the music and I and it was transformative. I’ve never experienced anything quite like that before and while part of it may have been due to a new discovery, Red Bull and vodka, I’d like to think that it was mostly because of the music, the people and of course the country. 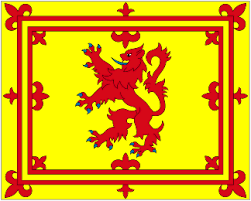 When I was ten my family took a trip to Disney World. Being an innate traveler, I of course gravitated towards the various nations represented at EPCOT. One of the many souvenirs I bought was an unusual yellow flag with a lion on it, what I later learned was the Scottish royal standard. That flag stayed with me for years and Scotland became my first travel crush. It was also my first travel love affair, a place I think about often even if I (sadly) haven’t been back since my train slowly left the station in Edinburgh back in 1998.

I’m not sure what the point of this post is exactly except that it’s amazing to me the power that music and travel have when they join forces. All of these feelings, these emotions came rushing back on a coffee run on a generic January morning. But that soulful voice and touch of Gaelic awesomeness will always be with me and will always represent a special time in my life and a country I love dearly.

5 thoughts on “Music, Whisky and My First Travel Crush”