I’ve seen a lot of strange, unusual and downright odd sign around the world, but for some reason I saw more than normal while traveling through southern Africa. I realize that most of these signs are funny to me because I don’t live there, but that’s sort of the point. People who live in South Africa for example may be used to baboons, but most people around the world don’t have to fend them off during picnics. So with that in mind, here are some of the more quirky signs I saw in Africa.

Found this sign near a winery just outside of Cape Town. Apparently baboons do not make for good picnic guests. 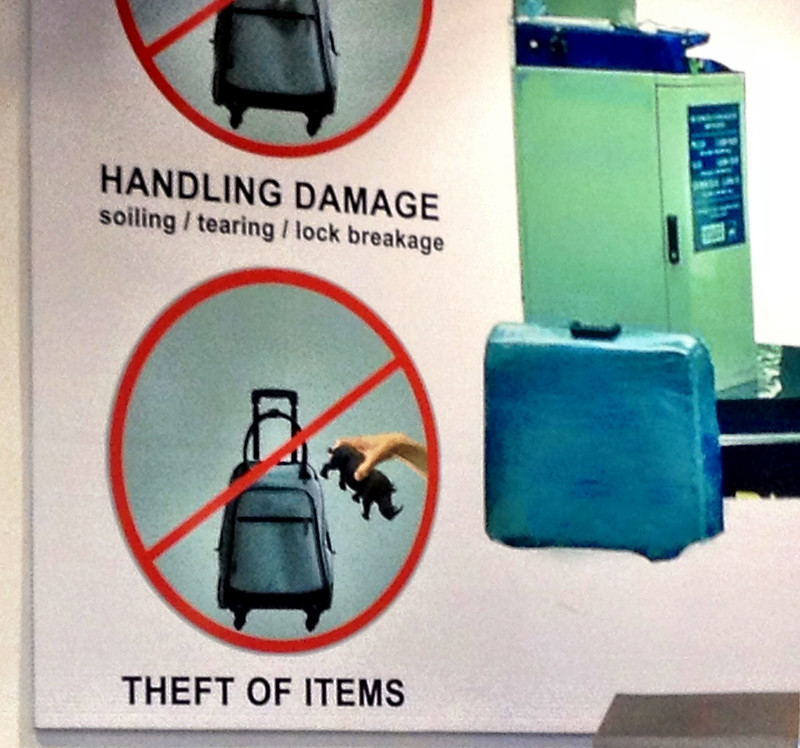 This sign was posted in Livingstone Airport in Zambia. An advertisement for a luggage wrapping service, it warns against people stealing rhinos from one’s luggage. “Where’s my rhino?!” 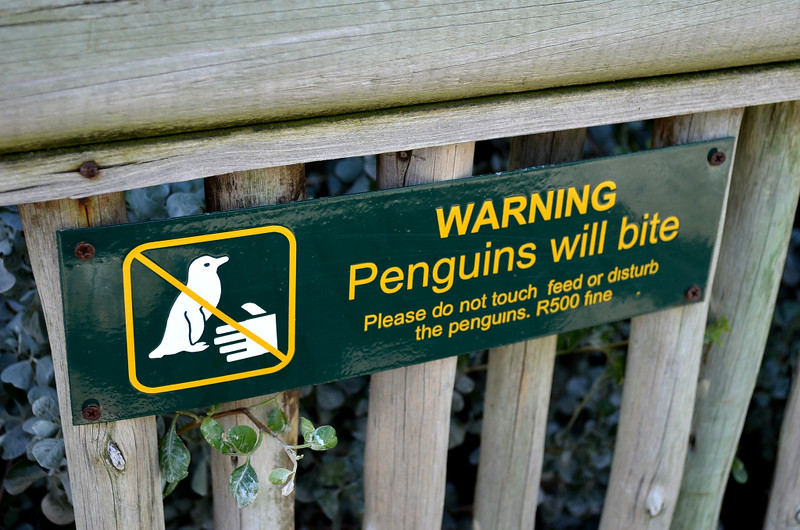 To be honest, the graphic here amuses me more than the message. Not only will they bite, but you’ll be fined too! 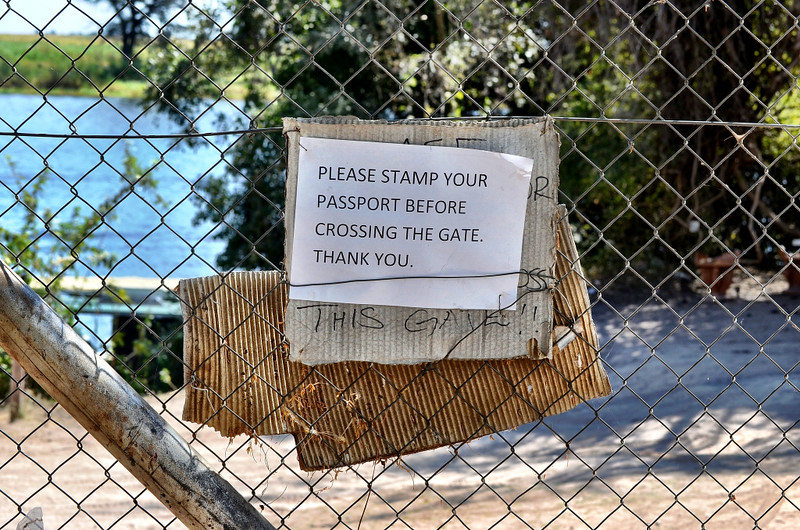 Talk about laid back immigration! This was posted on a fence near the Botswana/Namibia water border. My favorite part is the handwritten part underneath that says “This gate!” 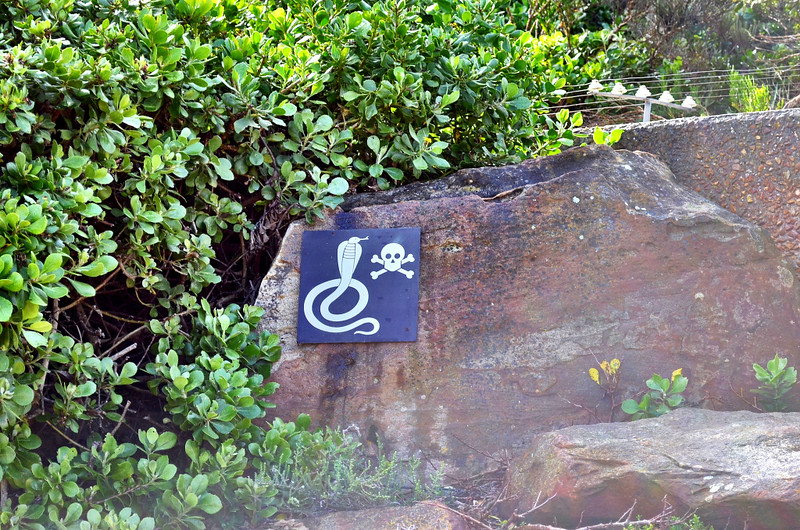 Snake = Death, I get it. This sign makes me smile because it wasn’t posted in some out of the way spot. It was next to a walkway at a major tourist attraction in South Africa. Funny but scary. 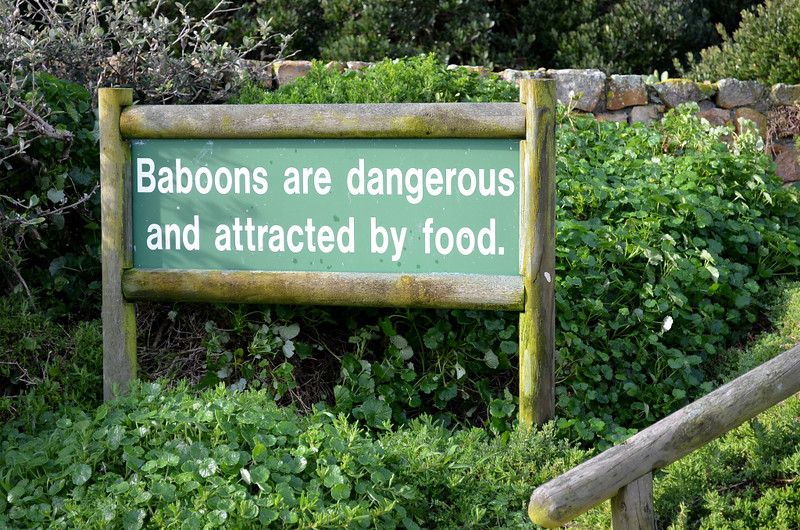 More baboons! Who knew they were such a problem? I love these signs because you know the problem had to get really out of hand in order to elicit a series of public service signs.

What are some funny signs you’ve found on your travels?

9 thoughts on “Six Funny Signs I Found in Africa”