While visiting the popular Hawaiian island of Maui I quickly learned that one of the island’s greatest assets is its food. There are many options on Maui, from the super high-end to good, old-fashioned comfort food. Choosing just five favorite dishes was hard, but here they are.

1. Fried Spam Musubi – I love finding hole in the wall restaurants, but I was dubious as I pulled up to a strip mall near the airport on Maui. Based on the aromas that met me as I entered the dining room at Da Kitchen, I was glad I had trusted the advice a local resident provided. Hawaii has a unique flavor to its foods, something I call Hawaiian soul food. It’s good, simple cooking made with love and is the ultimate in comfort food. There was one item at Da Kitchen though I hadn’t seen anywhere else, fried spam musubi. Spam is hugely popular on the islands, due to an overabundance of the potted meat during World War II and a few creative cooks. Another fixture of Hawaiian cuisine is Japanese food, so it’s not too surprising I guess that some enterprising soul decided to combine the two. Let me be clear, combining spam with rice and wrapping it in nori isn’t unusual, you can buy it everywhere in Hawaii. What’s different is that at Da Kitchen the concoction is taken to a new level by deep-frying it. I’m a firm believer that anything fried must be good, and that proved true as I bit into the musubi. Although it was definitely strange, it was a delicious start to my stay on Maui. 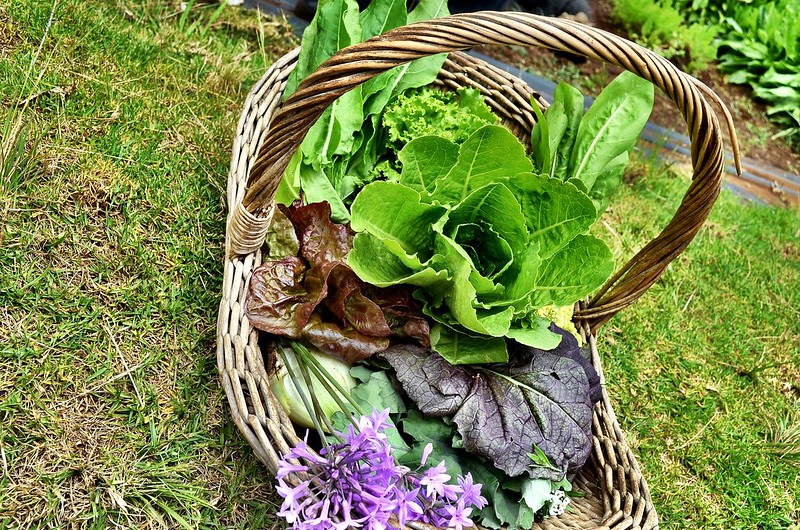 2. Organic lunch at O’o Farm – In the upcountry farming community of Kula lies eight acres of pristine land called O’o Farm. The property was the brainchild of two restauranteurs who wanted to provide the freshest food possible for their customers in the ultimate farm-table experience. Sampling the food isn’t restricted to those lucky diners though, the farm also gives tours and luncheons for anyone with an interest in learning about organic farming.  We walked around the rows of lush produce, our guide picking choice bits for our lunch. Everything from edible flowers to incredibly green lettuce made it into our basket, which was carefully handed over to the chef to create a spectacular, and impossibly fresh, lunch. Sitting under the shade of a giant tree, looking out across the valley to the ends of the island while enjoying an amazing meal isn’t just a great experience; it’s the best way to capture the magic of Maui for yourself. 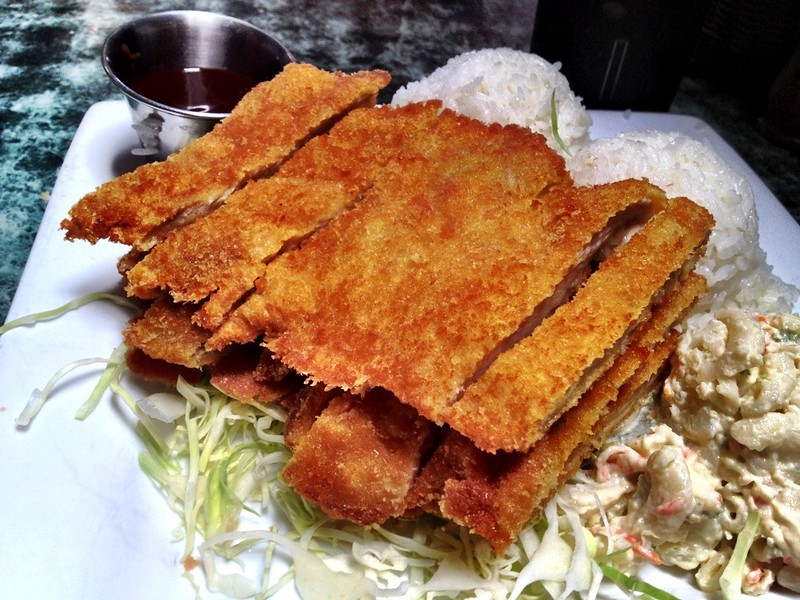 3. Chicken Katsu – Katsu isn’t unique to Maui or even Hawaii, but it’s one of the few places where I can find it and is one of my favorite meals. Originally of Japanese origin, tonakatsu, which refers only to the pork version, is popular throughout Hawaii. It is decidedly simple, but hearty and filling – the classic definition of a family meal. Katsu is made by frying a scaloppini chicken breast or pork cutlet, similar to a schnitzel, and is served with a tonkatsu sauce. Sides almost always found with the katsu include heaping scoops of rice and macaroni salad. Be careful though, portions tend to be large so make sure to skip a meal before enjoying this Hawaiian staple. 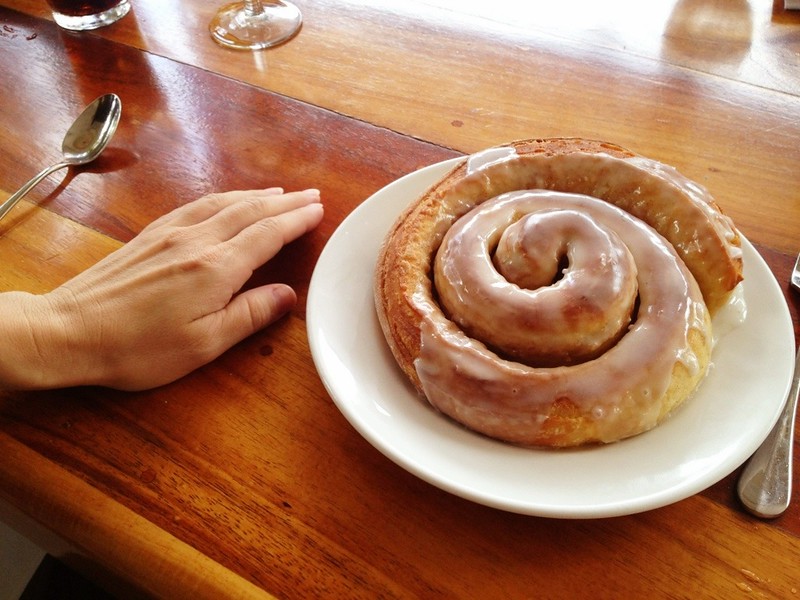 4. Amazing breakfasts at Longhi’s – For more than thirty-five years, Longhi’s has been dishing up some of Maui’s most creative dishes from its main location in Lahaina. That’s not where I enjoyed their food though; instead I was a daily visitor to their Wailea location while spending time in this posh part of the island. It’s true that everything on their breakfast menu was delicious but the most unique item was their gigantic cinnamon roll. In my defense, I had no idea it was this large when I ordered it and was shocked when this monster pastry was casually presented one morning. Even though it’s probably very unhealthy, it was delicious and everyone should try it at least once when they stop by Longhi’s for a leisurely breakfast or weekend brunch.

5. Artisanal cheeses from Surfing Goat Dairy – Located near O’o Farm amidst vast fields of sugarcane rests one of only two goat dairies in Hawaii, Surfing Goat. Started by two German expats who knew nothing about the cheese business before starting the farm, the dairy has flourished and frequently wins awards and accolades around the world. For the total dairy experience, be sure to take one of the guided tours that takes visitors to meet some of the goats as they munch away on fresh Kikuyu grass followed by a walk through the entire cheese making process. The best part of any visit though is the tasting. Every day the dairy makes available a variety of cheeses for sampling, and after one taste you’ll be hooked. My favorite was Purple Rain made with local Maui lavender.

Have you been to Maui? What was some of your favorite eating experiences?