I love apps, especially ones that help in my travel experience. However, although I’ve found a lot of great apps I have also found some complete duds. Here are some of the worst travel apps I’ve discovered – what are some of yours?

1. iWasHere – Sharing with your friends, family and other interested parties where you are and what you’re doing is the basic underpinning of good social media. Some apps have taken this to new levels and have created fun, interactive ways to share. Others have not. iWasHere is a creepy attempt to mimic the best of Four Square, failing at every turn. It’s not intuitive, difficult to use and seems to have been designed by someone with a penchant for stalking. This is a complete and utter waste of time and bandwidth.

2. Euro Railways – When I was traveling in Europe last year I looked high and low for a great app to help me with train schedules and maybe even bookings. I never found that miracle app, but I did find this fantastically mediocre app almost right away. I should’ve known by the description that this was a dud, but I nonetheless wasted valuable seconds of my life by downloading this disastrous bit of technology. Rather than actually design an app that is a self contained portal, this only links to PDF files that are stored in iBooks. That’s right, rather than create an app with information within the app, which is the purpose of an app, this only links to mediocre PDF files on the sizes of trains and what to expect on a night train. I don’t think I could have designed something less useful had I tried. 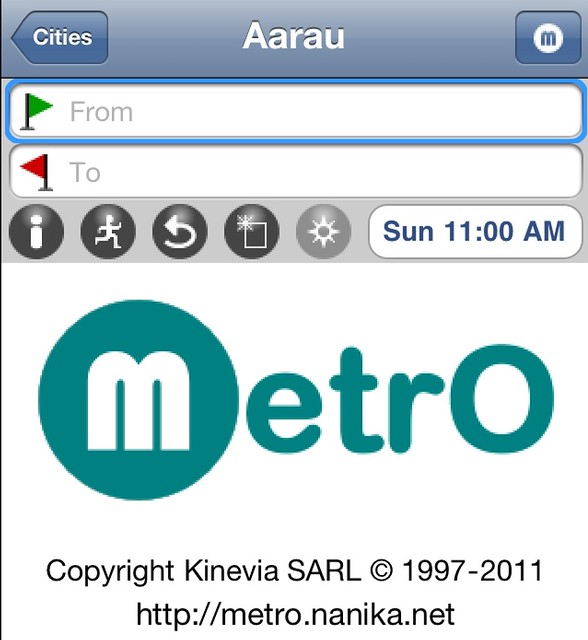 3.MetrO – I love public transportation and using it when I travel is a large part of the cultural experience. That’s why I’m always looking for new ways to help improve my experience and get me around town faster and more efficiently. I had high hopes for this app, but within seconds I knew it wasn’t for me. Unlike other apps with maps, this app assumes you know where you are and where you are going, lofty goals frankly for someone new to a city. Instead of allowing the user to peruse system diagrams for themselves, this takes all the joy out of exploration and distills it to a very matter of fact and pretty useless app.

4. Visit Denver – I don’t want to pick on Denver, I love the city and exploring it was a lot of fun. When I was in town though for a professional conference, I had the chance to use their app and was sorely disappointed. There were five of us participating in a road rally in and around town, all travel writers and experts and all people who know what they’re doing when it comes to exploring a new destination. We were asked to use the Visit Denver app during the rally to check in at certain spots and to find new ones to discover. The app though is so complicated and burdensome that 1) half the group couldn’t figure it out and 2) those that did spent more time trying to jump through the various hoops to check in than actually enjoying the destination. If used as a simple way to find things to do in Denver I can see this app’s utility, but if you use it as a mimicry of Four Square, then you are only wasting your time.

INSTEAD use the Visit Denver app, just don’t waste your time with the check ins

5. US Airways – US Airways is my airline of choice and I’m loyal to them whenever possible. That’s why I find it absolutely inconceivable that in 2012 this legacy airline doesn’t have an app at all, not even a bad one. I’m not sure, but they may be the only major airline in the United States and probably the world to offer nothing for those accessing information through mobile devices. Since more and more people are using their phones and tablets to get information than ever before, this is a colossal mistake of epic proportions. Even a bad app would be preferable at this point than not having one at all. As proof that I’m not alone in my belief that US Airways is woefully behind the times, every day LandLopers.com receives scores of hits from people searching for the nonexistent app, in the hopes that I may hold the secret to its location. Sadly, if this is how you found the site today I can only report that this is still a horrendous oversight that US Airways has not yet corrected.

What are some travel apps you’ve found to be disappointing?