Today is Presidents Day in the United States; a day to celebrate, um, Presidents and more importantly it’s a day off from work. What connection does this have to a travel blog? Well, Presidents are human too and need vacations just like anyone else. Not all Presidents have liked to travel, but those who did tended to do so in style. Here are some of my favorite Presidential vacation destinations.

President Thomas Jefferson – Jefferson did a lot in life. He was author of the Declaration of Independence, President of the United States, Vice President, Secretary of State and Ambassador to France. It was this last role that helped shaped his life as he found ways to celebrate his love of France in daily life in Virginia. Like many of us, Paris made a strong impression on the Founding Father and it was there where he expanded his appreciation of European architecture and design. This aesthetic love was later seen mimicked in the design of his home Monticello and the Rotunda at the University of Virginia, both UNESCO World Heritage Sites. His love of travel didn’t stop with France; he was also mildly obsessed with Italian history, culture and cuisine. He actually imported hundreds of barrels of French and Italian wines and even tried, unsuccessfully, to grow grapes on his Charlottesville farm. Clearly Jefferson’s love of European travel and culture didn’t just impact his life, but had a significant impact on early American culture.

President Franklin Delano Roosevelt – Even though he hid it from the public, Franklin Delano Roosevelt, the 32nd President of the United States, suffered from the horrible effects of a paralytic illness. In an effort to ease the pain from his affliction, he often visited the famed hot springs in Warm Springs, Georgia that became known as the Little White House. Roosevelt first visited the therapeutic waters in the 1920s in hopes that the warm water would improve his paraplegia. He quickly became a constant visitor and the President actually passed away while on a visit in 1945. The town is still home to the Roosevelt Warm Springs Institute for Rehabilitation that remains a world-renowned comprehensive rehabilitation center including a physical rehabilitation hospital and vocational rehabilitation unit. I (mostly) love visiting hot springs and while their medicinal benefits may be of dubious repute, they are definitely a great place to relax after a long day of travel. 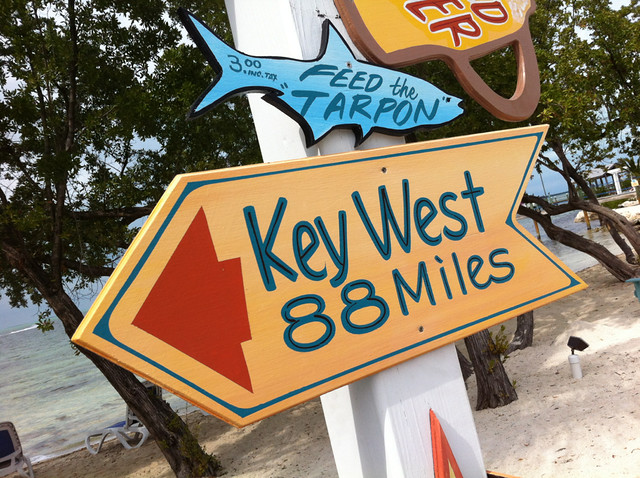 President Harry S. Truman  – Located in Old Town, Key West is a surprisingly famous house in what is now known as the Truman Annex neighborhood. The house was originally officer’s quarters on the naval base and later served as accommodations for President Taft and even Thomas Edison. It was Truman who made it famous though as his winter escape during the White House years. Thanks to advances in communications technology, the President was able to spend time in Key West and still govern the nation. In fact, the famous Key West Accords that established the Department of Defense were negotiated in Key West. While I’ve never been to the Keys, it has long been on my travel to-do list and based on the feedback from others, it’s obvious why the President favored the location. The southernmost point in the continental United States, Key West is almost another world, part American and part Caribbean, but totally relaxed in attitude.

President Barack Obama – Even though he’s taken less vacation time than many of his predecessors, President Obama has received a lot of criticism over his preferred vacation destination, Hawaii. Every winter he and his family fulfill a longtime tradition of spending a couple of weeks in the President’s birth state. They typically rent a home on Oahu, close to their guilty travel pleasures of golf, beach and shaved ice. While some people may scoff at Waikiki as being too touristy, I loved spending time in the capital city. Honolulu has a lot to offer and tourists who just pass through on their way to another island are missing out on some great travel experiences. One of my favorite moments on the island was a visit to the U.S.S. Arizona Memorial at Pearl Harbor. I didn’t expect the flood of emotions that hit me as I stood on the stark but beautiful memorial permanently moored in the harbor. It truly is one of those places that everyone should visit at least once in their life.

Are there any destinations that you know have been favored by past Presidents?

5 thoughts on “Where the Powerful Travel – Top Presidential Vacation Destinations”