After spending almost a week in the dusty Outback, the last thing I thought I would have wanted was a return to nature. But there I was, sitting at the desk in our spacious room at the InterContinental Rialto thumbing through the guide book trying to chose the appropriate spot for our last night in Melbourne and our last night in Australia. Falling in love with Melbourne wasn’t hard and it didn’t take long, but after a few days of concrete jungle, I was ready for some natural beauty, and that’s when the book opened to St. Kilda.

St. Kilda has enjoyed the distinction of being Melbourne’s seaside retreat since the gold rush days of the 19th century. Today it’s just as important, drawing a decidedly quirky, bohemian crowd to the area. I love the ocean, and as soon as I saw a photo of the water, I was hooked. We hopped on a tram and made the thirty minute journey from downtown Melbourne to St. Kilda to see what everyone was raving about. 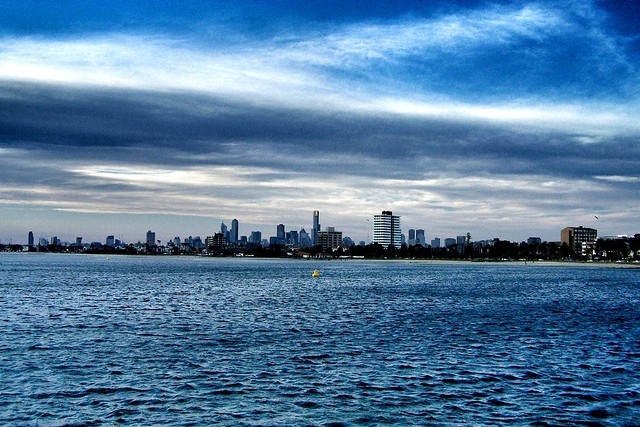 Once again, a little advanced planning might have been good, I wasn’t even sure if it was the right stop when we cautiously disembarked from the tram. Right away I could sense it though, the smell of the salt spray was enough to keep me going and we soon found what I was looking for, the water. We arrived later than I had planned, which turned out to be a blessing, we were there for one of the most glorious sunsets I’ve ever seen. 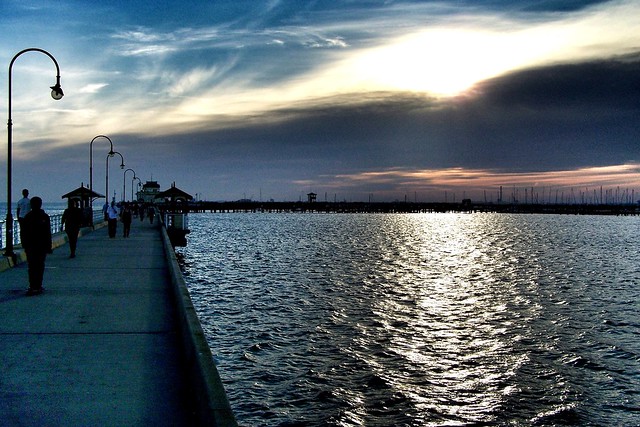 We weren’t alone either, hundreds of Melbournians (Melbournites? Melbines?) and tourists joined us on the long walk down the pier to watch the sun sink below the masts of scores of sailboats, asleep for the night. After the show displaying colors of every hue, we took a romantic walk back to the beach where the standard purveyors of sunscreen and boardwalk junk food were closing up for the night. It was one of those moments that just seems perfect, like nothing in the world can hurt you or change the feeling of utter contentment rising up through your bones.

We had dinner, I’m pretty sure of that, but that wasn’t the real star of our brief time in St. Kilda. Nor were the strange little shops and even more bizarre residents milling about, an eclectic array of models with toy dogs in purses and teens with skateboards and impressive displays of piercings. No, the real star was that sunset, the sunset dreams are made of and which are included in calendars around the world. Melbourne won us over with its style, wit, whimsy and grace, but it was St. Kilda that sealed the deal. 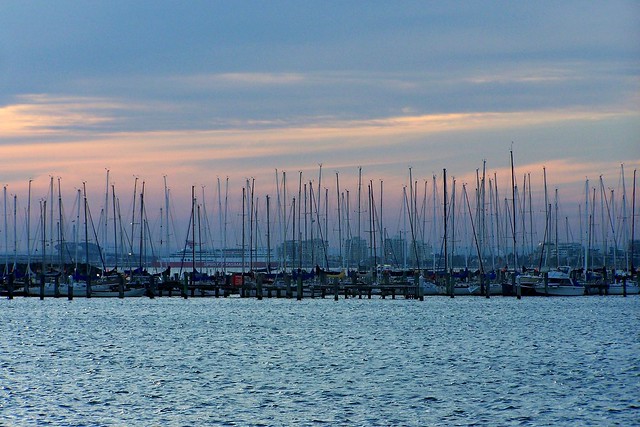