We were late for the tour; in fact we were dangerously close to missing it all together thanks to a tardy train. I was looking forward to this walking tour in Paris more than anything else, and with good reason. Walking tours are a great way to learn more about a new city. They’re usually led by someone who is (hopefully) knowledgeable, and teach interesting facts and insights that one wouldn’t learn otherwise. Like anything else though, they’re not all made the same. Some are poorly led forced marches through all the standard tourist sites and still others are just poorly planned. There’s one company though with a stellar reputation for intelligent, interesting and offbeat tours that I always wanted to try, and I finally got my chance in Paris when I embarked on the Context Travel Baguette to Bistro tour.

Why was I so curious about Context Travel? Word of mouth mostly and their reputation for offering tours for the intellectually curious. Context employs experts in their fields, from chefs to university professors, who lead tours in cities around the world on a variety of topics including the culinary, literary, artistic and historical aspects of the destination. If you’re looking for a standard ‘tick off the box’ kind of tour, this isn’t for you. If you instead want to learn more about a city, to really get under its skin, then Context is the perfect choice. 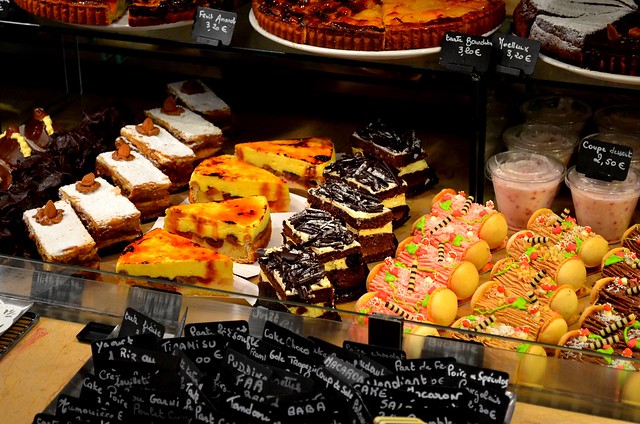 We only had a day in Paris, but my partner and I have been to the City of Lights many times and felt like we had ticked off all the normal tourist boxes. This time, we wanted to see the city through a different set of eyes, to get to know the city we love more than any other on a deeper level. Context has dozens of interesting tour choices for Paris and we ultimately chose the Baguette to Bistro Tour, which Context advertised as a journey through Parisian culinary traditions.

Like I said, we were late but in a rarity I managed not to get lost as we arrived at the small cafe in the Saint-Germain-des-Prés neighborhood of Paris’ left bank. The group leader though was patient as we scurried through the light rain, apologetic and thankful the group had not left. Our guide for the morning, Barbra, is an American expat, a trained pastry chef and an accomplished freelance food writer and blogger. Her warm and gracious demeanor instantly put us at ease and immediately the tour began. 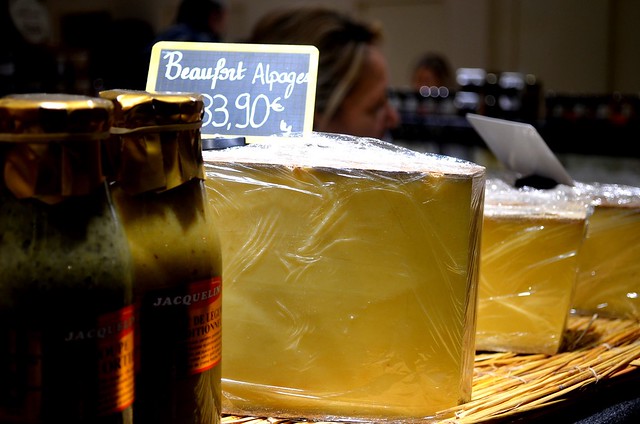 The three hour tour (no Gilligan references please) was a delicious walk through the basics of the Parisian table. We stopped at a local boulangerie (bread shop) to see and taste the differences between various quality baguettes and pastries. We learned about the surprisingly interesting history of bread in France and the laws written to guarantee the public a quality product at an affordable rate. Never again will I look at bread in quite the same light.

It was a few days before Christmas, and we crossed the square in front of the former Abbey of Saint-Germain-des-Prés, which was taken over by a Christmas market and hundreds of holiday shoppers rushing to put the final touches on their celebrations. It may have been grey and a little rainy, but the holiday spirit was everywhere and I couldn’t imagine a better time to be in Paris.

Most of the tour was spent inside a neighborhood market, learning about the history of food in the city and how people shop today. I was surprised to learn about the centralization of the food distribution process, something that’s been going on for centuries. Almost since there was a Paris, Les Halles had been the main city market, drawing people from around town to buy food for homes, markets and restaurants. Today the main market is far too big to be contained in central Paris, and instead is at Rungis near Orly airport. The result is the same though, fresh food at the restaurants and markets for people to buy the same day on which they intend to use them.

Produce, fruit, meats of every size and shape and cheese were the main stops in the market. The cheese counter was an important tour stop and Barbra took the time to make sure we understood where some of the more popular French cheeses come from and how they’re produced. Of course we had to taste some for ourselves, you know just to make sure it was good. 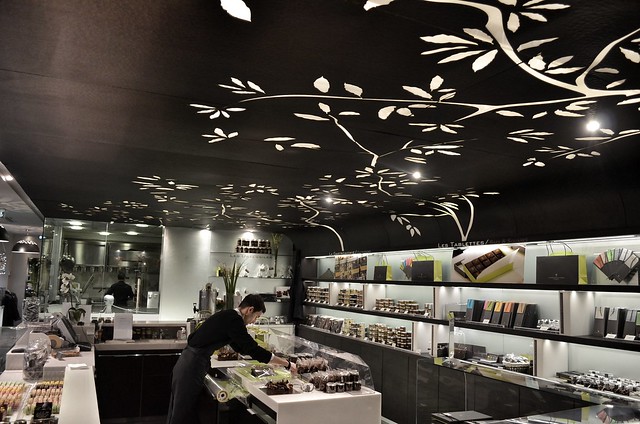 Finally, the tour concluded as a typical meal, with dessert. The French take desserts seriously, which in itself is a massive understatement. Over the centuries they have turned simple confectionery baking into a true art form. The chocolate and pastry shops were overrun that morning, people were desperate to buy goodies for their holiday meals. Beautiful bûches de Noël (Christmas yule log cakes) lined the windows next to shimmering displays of perfectly made macarons. It was a feast for the eyes, although not as moveable as I would have liked.

In Paris, it is normal to visit one of the thousands of confectionery shops in the city to buy the desserts for parties and formal meals. There’s no such thing as “I’ll just bake a dozen cookies to take” in this city of sweets. Instead, guests are in a constant battle to impress by bringing desserts from the most prestigious bakeries.

Sipping some of the best hot chocolate I’ve ever had, we bid our adieus to Barbra and the other tour goers and set off to find a bistro in this trendy area of Paris. As I sat munching frites and cutting through a tasty Croque Madame, I found myself curiously content. The tour featured some great food, without question, and let us explore a classic Parisian neighborhood, but it was more than that. For as much time as I’ve spent in Paris, even living with a family in the city, the Context Travel tour did more to help me understand Paris on a personal level than anything else.

Have you been on a Context tour? What did you think?