Few things capture the travel imagination more than the idea of hopping across Europe by train. Short journeys through breathtaking landscapes, having breakfast in London and dinner in Paris, you get the idea. Especially from the American point of view, such travel borders on the improbable and even magical. While train may be the best way to get around Europe, there are many ways to enjoy this transportation mode of the masses, but one of the best known is Eurail.

As someone who has a job, isn’t nomadic and doesn’t travel for weeks at a time, I thought my days of train hopping with Eurail were over. That was before we planned an ambitious Christmas-time journey that would take us to Belgium, France, the Netherlands and Germany. The idea was simple. We would stay in Brussels, a centrally located city, and take day trips to Paris, Amsterdam, Bruges and Cologne. I looked at the train schedules and the longest trip was 2 1/2 hours, perfect for a long day out. I approached Eurail.com, told them my plan and they were good enough to supply us with two Eurail passes. Now that the trip is over, I want to write about the experience, good and bad, and answer the question: Is Eurail worth it for the average traveler?

Based on our travel schedule, we were presented with a Eurail Select Pass good for three countries over a five day period. The five days did not have to be consecutive, but they did have to be used within a two month period. A financial bonus with the Eurail system is that they count the BeNeLux (Belgium, Netherlands and Luxembourg) countries as one, which was great since most of our travel was within Benelux. The pass retails for $305 per person. 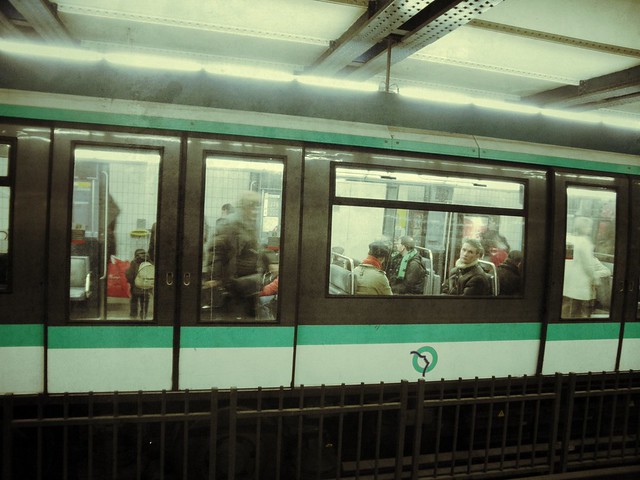 I’m a travel nerd, so as soon as that prized FedEx from Eurail.com arrived I tore it open and consumed every bit of information available. Right away I noticed something strange. The trains we would need to take to Paris, Cologne and Amsterdam were all premium trains. That meant we needed reservations, which meant we had to pay extra.

I was dismayed, so I contacted the super helpful Eurail.com customer service team to learn more. This is where our method of travel, day trips, was a hindrance. We could indeed use the Eurail pass to visit these three cities without paying anything extra, with conditions. To get to Amsterdam without extra cost we would have to endure a longer train ride, an issue when you only have a day to spend in the city. For Paris, we would have to travel to Charles De Gaulle Airport and then take the train back to city center. This clearly made no sense. Finally, to reach Cologne there was one train we could take for free, but it was in the evening with no return. That wouldn’t work either.

That’s when I realized that Eurail really is meant for people traveling from one city to the next over a period of time. Traveling from one major city to another and returning the same day is much more difficult. But I don’t think most tourists travel like we did, so if you plan to explore a few countries within a week or two, continuing on rather than returning, then Eurail is a great option. 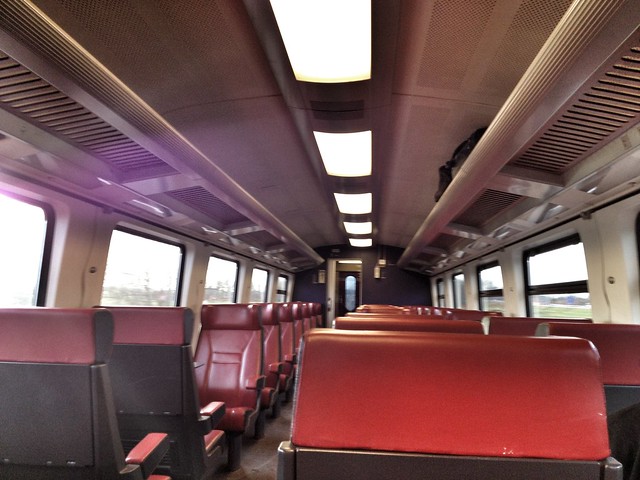 The Costs – Buying individual tickets versus Eurail pass with reservations

If we had purchased the tickets individually, without the benefit of a Eurail pass discount, the fees would have been approximately as follows:

We didn’t do that though, instead we bought a few reservations. In the end we decided to only purchase premium train reservations for Paris and Cologne, mostly because we had no other choice. The longer Amsterdam trains were covered with our Eurail pass, as were the trips to Bruges and Ghent. So, in addition to the Eurail pass we purchased the following:

Ok, at this point I apologize for all of these numbers, but I’m working towards a point here, so bear with me.

For two people, with the above (and unusual) travel schedule, had we purchased the tickets individually we would have spent around $904. With the Eurail pass and extra reservations we spent $774. 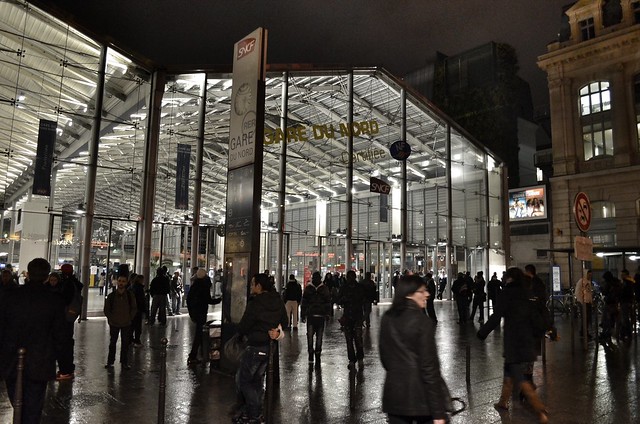 The Real Results and Final Thoughts

We used the Eurail pass in a fairly atypical way, at least I think we did. I can’t imagine that many people would travel to some of these destinations as day trips. That means we really put the benefit of the Eurail pass through its paces, taking it to the extreme of what it can do and it was still cheaper than buying the tickets outright. For people using the pass in a more normal way, traveling from one city to the next, the pass would result in even more savings.

You have to make sure that you select the right pass for your trip though and that you read through all the fine print. I’m ashamed to say that I was honestly surprised I had to pay extra for certain trains, and I really shouldn’t have been.

Money is one thing, but what about the experience? Simply said, we had a blast using the Eurail pass and exploring Western Europe by train. First, in all honesty it was very easy to use. When we went to Bruges, we just hopped on the next train, the conductor stamped our passes and that was it. We could go almost anywhere without paying anything extra, a liberating feeling. It’s also nice not to feel restricted with travel and to have the flexibility to change schedules at a moment’s notice. For example, in Amsterdam my partner became quite ill and we had to cut our day short. Rather than lose money on a reservation for a later train, we just took the next train back to Brussels without worry.

Is the Eurail pass appropriate for every trip? No, of course not. But if you are planning on doing any exploration, be it within one country or ten, then I think the Eurail pass is not only the best decision economically, but for ease of mind as well.

Have you used a Eurail pass before? What did you think?

37 thoughts on “Is Eurail Worth It? A Review by a Thirty-Something Non-Backpacker”