Maria’s storefront is only a couple of blocks from the Malecon in Puerto Vallarta, but her proximity to the main tourist zone in this vacation wonderland didn’t detract from the flavors of the tacos. Made to order, she creates hundreds of delicious tacos in every flavor for locals and tourists alike as they wander through this popular section of the coastal resort town. It was my first introduction to the uber-touristy waterfront, or malecon, in Puerto Vallarta and I soon learned that there was much more depth to the city than first meets the eye.

I was a guest at the gorgeous Dreams Resort & Spa, where it’s as easy to enjoy the amenities at the resort as it is to take a quick break and explore nearby Puerto Vallarta. Since everything I knew about the city was limited to old episodes of “The Love Boat,” I decided a city tour was in order. The group tour is an interesting travel event, sometimes they can offer a unique window into a new destination or they can be a forced march to tourist purgatory. Early on I could tell the Puerto Vallarta tour would involve some time spent in one of Dante’s many circles. Instead of pouting, something I am somewhat (very) prone to do, I decided to use the event as a challenge. They had my coin and I was trapped with them for the day, so I thought I’d see if it was possible to find the real city through the veil of tourist silver shops and ‘authentic’ crafts.

It didn’t look promising at first, I have to be honest. The tour began at the popular and gorgeous malecon, a boardwalk spanning several blocks and behind which lies a vast labyrinth of shops and trinket stands. Instead of just observing life through my camera viewfinder though, I really looked around to see what I noticed. As we approached the fin de siecle Cathedral of Our Lady of Guadalupe, I noticed hundreds of colorful banners and garlands covering everything in sight. It was Christmas season, so this wasn’t in itself an odd phenomenon, except the colors clearly were for something different.

I investigated the interior of the church and found it packed with devotees. I had unknowingly arrived in Mexico the day before one of the country’s major religious festivals, the Festival Our Lady of Guadalupe. Every year from December 1st through 12th the streets of Puerto Vallarta come alive with festivities, processions and religious fervor culminating with the celebration of the Festival of Our Lady of Guadalupe. Known in Spanish as Dia de Nuestra Señora de Guadalupe, this important religious and social festival commemorates the miraculous appearance of the Virgin of Guadalupe to a peasant in Mexico. 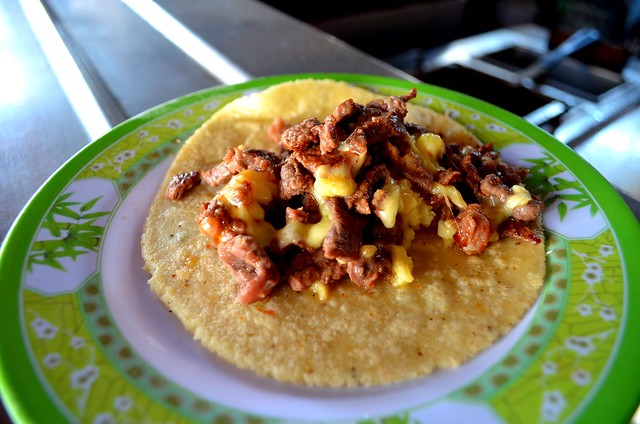 Following the revelation that I was to witness an important city festival firsthand was the severe letdown of a forced visit to a silver shop with a remarkable 20% off for tourists followed by another HOUR in the tourist market. I bolted. That’s when I found Maria and her taco stand who was kind enough to make me lunch, negotiated through a process of atrocious Spanglish and pointing.

The lunch was heavenly, the carne asada cooked perfectly and the tortilla made fresh that day. It had been years since I consumed a taco that didn’t begin life in a plastic wrapper and I sat on the stool grinning from ear to ear, careful not to spill any of the precious filling.

When we next stopped at a tequila factory, I thought my opportunity to escape the tourist bubble had vanished, but that was before I met Pablo. What first sounded like a hokey sales a pitch, a family run distillery, was in fact the truth. Located just twenty minutes from Puerto Vallarta in the state of Jalisco, the Baston del Rey is an artisan Tequila distillery specializing in an all-natural process of creating high-end tequilas. For more than 35 years, Baston del Rey has remained a family owned business, creating fine tequilas and other related products. 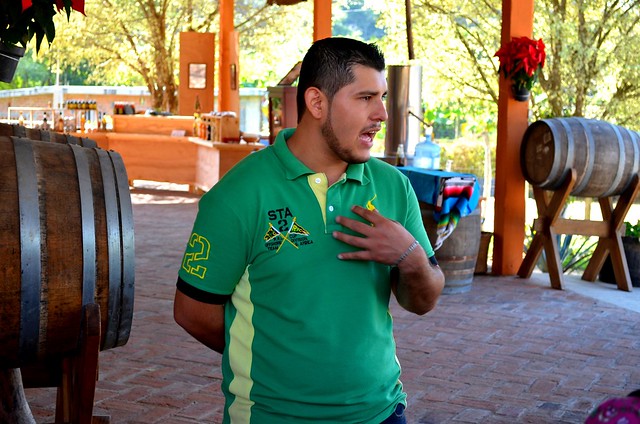 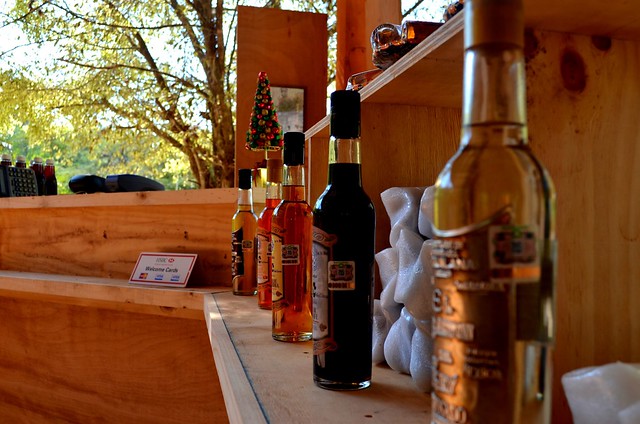 Pablo’s passion came through in everything he did and said as he explained the tequila making process, but his pride shined brightest when the tasting itself began. Following a “one for me, one for you” methodology, the tasting soon lapsed into smiles and jokes. While it may have been a sales strategy, it didn’t seem that way and instead every one left happy and content, whether or not they chose to imbibe the local drink.

When the bus finally pulled up outside the Dreams Resort and Spa, I left content. Sure there was a lot of fluff and enough shopping opportunities to please even the most devout shopaholic, but I was satisfied. Satisfied that I had met some great people and learned about the real city of Puerto Vallarta and what makes it such a great place to visit. Satisfied that Puerto Vallarta has a strong heart and soul and that I was luckily enough to catch a glimpse of real life in the city, if only for a few moments.

4 thoughts on “Going Beyond the Tourist Zone in Puerto Vallarta”