We weren’t quite sure what we were looking for, a bar or after-hours lounge of some sort probably. All I wanted to find was a place in Old San Juan where a few friends could sit and chat over a glass of wine or a cocktail. This simple feat was harder than we thought it would be until we stumbled onto a salsa bar in the heart of old San Juan.

Puerto Rico came by salsa in a roundabout way. Cuba has a long history of salsa and mambo, combining Spanish, African and Caribbean rhythms into new and exciting forms of music. You can see this throughout the Caribbean, including Puerto Rico, but salsa itself mostly came to the island mostly through New York.

As wealthy New Yorkers went to Cuba in the first half of the 20th Century for tropical drinks and sandy beaches, they returned home with a love of the music and dance found there. New York had already become a key immigration point for Puerto Ricans though, and when bands started playing salsa and other Caribbean inspired music, they were usually the ones leading the way.

And so through the decades, through immigration and close travel ties between Puerto Rico and the mainland U.S., the island territory became a hotbed in its own right of salsa music and dancing. 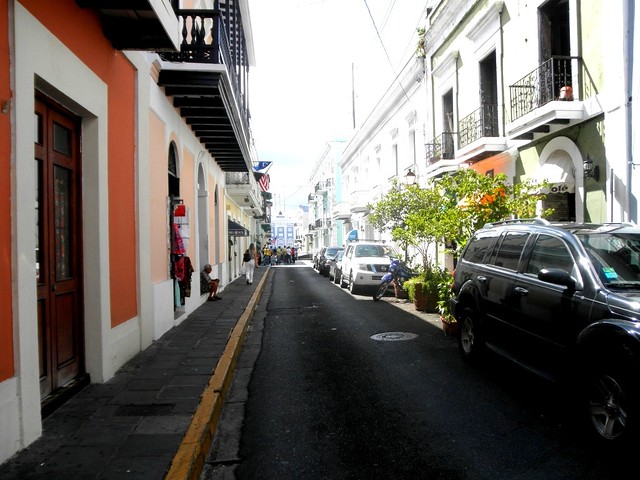 It was this history into which we walked that night when we crossed the threshold at the low key salsa joint, busy even on an otherwise quiet Sunday night. We were out of place, that much was certain. From the looks of it there wasn’t another tourist in sight, but we ignored the stares and found a comfortable seat near the dance floor, still unawares of the dancing spectacle in front of us.

The music was ongoing, a fast pace salsa with plenty of energy and vigor, everything that makes this style of dance so much fun to watch. Several couples were ricocheting around the dance floor with absurdly fast feet and well choreographed movements that made it seem all too easy. The dancers themselves were intent, concentrating on each other and what moves their partner would make next. Everyone that is except for one.

In the middle of the dance floor was an older gentlemen, extremely well dressed in a grey suit replete with sunglasses, and he was moving with as much ease, poise and energy as the twenty-somethings with whom he shared the dance floor. 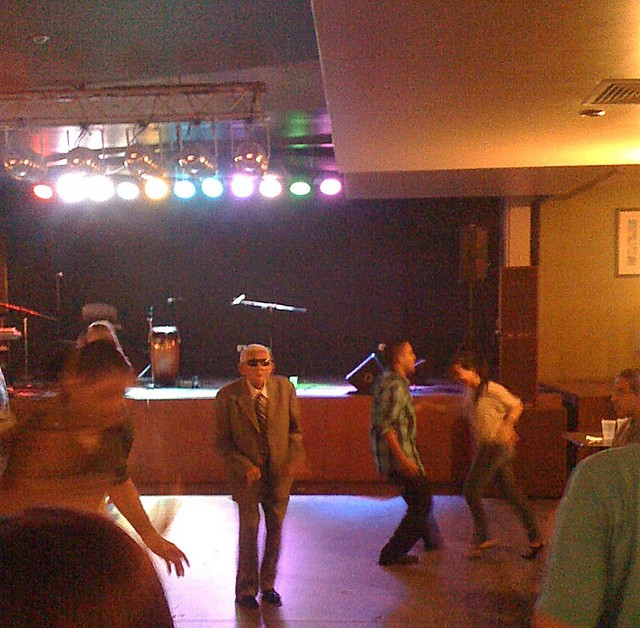 I watched him for a while in the dimly lit salsa club, he was in his own world, smiling contently and swaying to the beat. While the couples were undoubtedly impressive with their twirls and ability to seemingly read each other’s minds, it was this gentleman, all alone on the dance floor that taught me most about salsa.

His joyful dance showed me that salsa may be an import, it may even be a little bit of a stereotype, but more than anything it is the musical backbone that makes Puerto Rico sway to its own rhythm.