In August we traveled to Australia as a result of a Twitter contest I won through the Northern Territory. We decided to extend the trip into a vacation and spent almost two weeks exploring as much of Australia as we could. Given the grotesque size of the continent, that meant we actually saw only a tiny fraction of the country. I spent enough time there though to emerge with a few take-aways on the land down under.

1. Expensive – I don’t want to be a whiny traveler, BUT Australia is currently very expensive to visit, especially for Americans. I know it’s all about the current exchange rates and that ten years ago it was a completely different story, but I didn’t travel there ten years ago, I traveled a few months ago and it was pricey as hell. Australia is a large, somewhat barren island, I understand that, and as such I would expect some things to be more expensive than in other areas of the world. It wasn’t just one or two things though, everything in Australia was bizarrely expensive. Entrance fees to museums, meals, even cans of soda were almost laughably high. There’s nothing the tourist can do of course, except to sigh and open the wallet even wider, but after a while it got very annoying. I don’t think it’s necessarily just my view as an American traveling there either, my Australian friends complain about the excessive costs as well. It seems that no matter what anyone does, there is no way to avoid the cost. So when you plan your trip, take a look at the current exchange rate and plan accordingly. 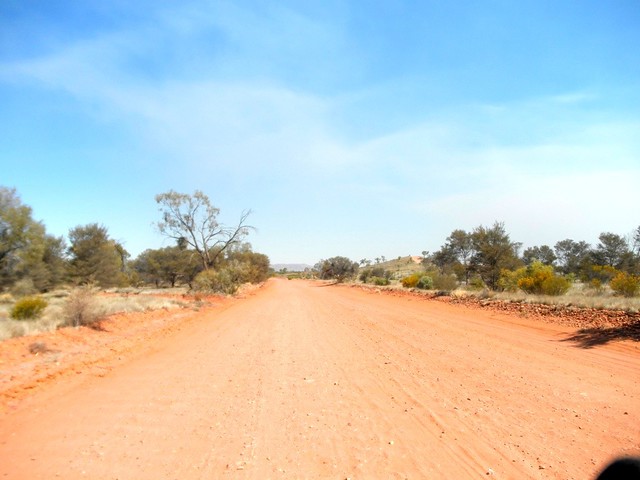 2. Big – When I first started planning our trip through the Red Centre and elsewhere, I remember thinking I could probably just drive from Alice Springs to Adelaide and over to Melbourne in a few days. Then I looked at a map. Then I consulted MapQuest. Then I dramatically altered our travel schedule. Australia is large, deceptively so, although I’m not sure why it surprised me as much as it did. It is, after all, a continent, but the fact that it’s on the far bottom of maps and atlases forces it out of view many times. I also never really thought I’d actually ever visit Australia. Whenever Americans are asked for their top travel wish list destinations, Australia is almost always at the top of the list. Australia has a certain ability to capture our imaginations and we have built it into a great mythical place of koalas, kangaroos and Crocodile Dundee. As such, not many people, myself included, actually plan realistic trips to the dusty continent. Having driven through several thousands kilometers of it though, I can attest to its endless and inspiring size. 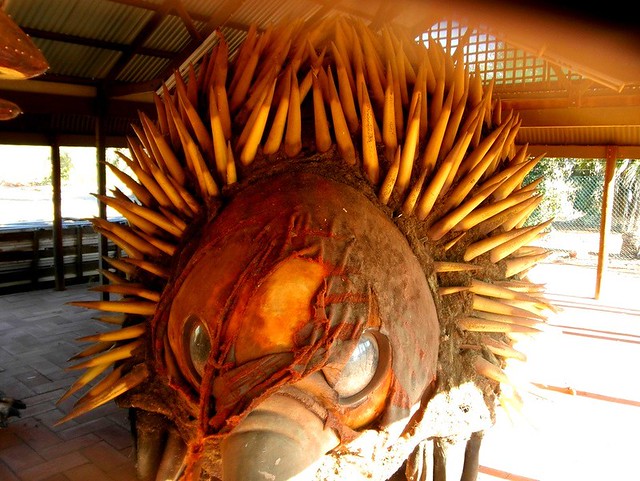 3. Quirky – Being as far removed as it is from, well just about everything, has helped develop a very unique Australian personality. To form a gross generalization, Australians are outgoing, gregarious, lovers of life and a little quirky. I’m not sure if they started out quirky, or if the land made them that way, but the result is the same. The quirkiness is realized in a number of ways: the incomprehensible rhyming slang, propensity to create giant statues of Echidnas or other fantastical creatures, and their oftentimes outrageous sense of humor. This quirkiness forms a pan-Australian sense of welcome, enjoyment and taking life for what it is and makes any trip there an adventure.

4. Overwhelming – All of these qualities combine to a certain feeling of being overwhelmed. As a traveler who wants to do and see as much as possible, it’s hard to go into a trip knowing that I won’t be able to even scratch the surface of a new destination. Australia is big in size, in spirit and in expectations and it’s hard to reconcile all that. It would take years of travel through Australia to see its width and breadth and to walk away feeling like I truly know and understand the country. It’s a good lesson for me to come to grips with the fact that many times travel gives us unique opportunities, but that those experiences are only the start and not the end to our education.

These are just a few things I took away from my trip to Australia. Have you ever been? What did you take away?