There are certain words and phrases that should never be repeated in the context of a travel post. Hidden gem, unique treasure, and charming all come to mind. Cute is another one most experts say to avoid, yet I find myself at a loss to describe Phillip Island in any other way.

Phillip Island, only 26 kilometers long,  is located about an hour and a half southeast of Melbourne, Australia. Discovered by George Bass  and settled in 1798, the island is home to Victoria’s oldest European settlement. But that settlement sputtered in its early years and it wasn’t until the 1870s when farmers were able to live and work for a sustained time on the island. Island life was rugged and it was a challenge for the earliest residents to eek out a living. The 20th century though changed the fortunes of Philip Island starting in the 1920s when the first Australian Grand Prix for cars was run and later the famous penguins. The island has grown from 50 residents in 1902 to more than 7,500 full time islanders today and a staggering 3.5 million visitors annually. Half of those millions come for the nightly spectacular known as the Penguin Parade.

We spent the afternoon exploring the pastoral nooks and crannies of the island, meeting Hairy Coos and petting lambs, but at dusk we and hundreds of others arrived promptly at the gates of the penguin parade. 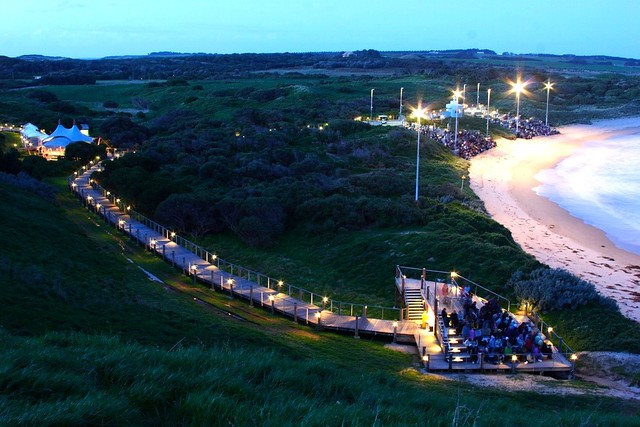 The unique treasure (or hidden gem if you would prefer) that is the penguin parade has been occurring nightly at Summerland Beach for a very long time, but tourists first found them more than 80 years ago. At first the affair wasn’t organized, people simply showed up by ferry, spent the night on the island and walked over to the beach for the spectacle. A bridge connecting the island was built in the 1940s though and with it came a huge influx of tourists and with them destructive influences. Before long many of the penguin habitats had been destroyed and dogs were killing the miniscule penguins. To its credit, the government responded by creating the Phillip Island Nature Park and constructing fences and viewing stands that would provide views of the parade without harming the penguins. Over the years these efforts were modernized and expanded into the well oiled machine that is the penguin complex of today.

It’s much more than just a tourist attraction though, it’s also an important research and conservation facility. Since 1966, scientists have undertaken groundbreaking research on the Little or Fairy Penguins, seals, birds and other marine mammals. The work includes penguin counts, research programs and re-facilitation facilities for Little Penguins.

There are a lot of penguin spying options available to the discerning tourist. The base rate just to see the parade itself is around $21 Adults ($10 Children). But there are also a few heightened experience options that include everything from a private encounter with a ranger to a penguin skybox. We were in the Penguins Plus group, which promised a prime location and limited number of people. 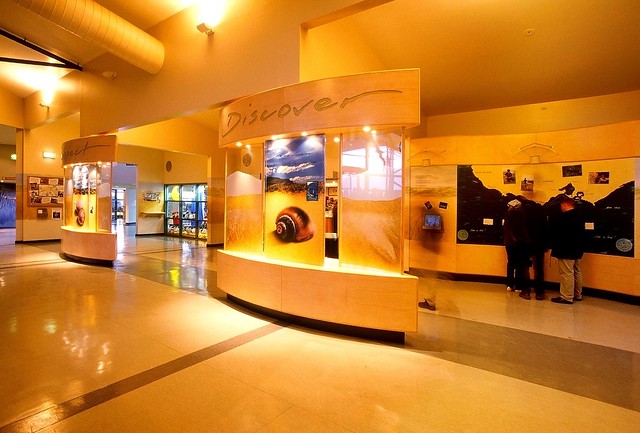 The one thing I found disappointing was that no photography is allowed during the penguin parade. I understand the reasons, that the health and the well being of the penguins are paramount, but I was a little bummed. In case you’re wondering, all the photos in this post were obtained from the Penguin Press Posse. Throughout the entire event however, that was the only negative.

Since the penguins return home every night, the staff at the center have the event down to an exact science. It’s amazing really how efficiently they’re able to usher through the penguin watching hordes every evening.

Once the gates opened, we followed the throng to our assigned perch and found a prime piece of real estate from which to witness the miracle of nature firsthand. It started to get dark, and the nervous excitement around us was palpable. People were staring hard into the distance, imaging every shadow to be a penguin landing party. Finally, just as everyone had begun to give up hope, we heard them. It was a cooing sound, strange really, it seemed almost out of place on the tranquil coast. Then it happened, like fancy dressed Navy Seals, the first penguin group arrived on shore.

They were hesitant at first, obviously hoping a giant eagle wasn’t about to swoop down and eat one of them. A valid concern really, especially if you’re a Fairy Penguin and stand only about 12 inches high. After the first unit survived the initial emergence, more followed. Then more, and more, until it was a sea of miniscule birds rushing home after a long day at work.

We were in a prime position as they made their way ashore, the little birds ambled underneath us as we stared in wonder. Some were fast, some staggered like a drunken lord, but all were on a mission to find their home and rest. The lights on the platform kept the penguins clearly in sight if they stayed on their main path, but once they staggered away, only the pale moon could track them. 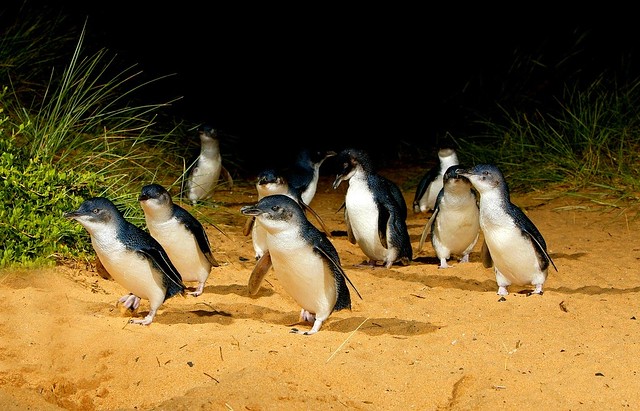 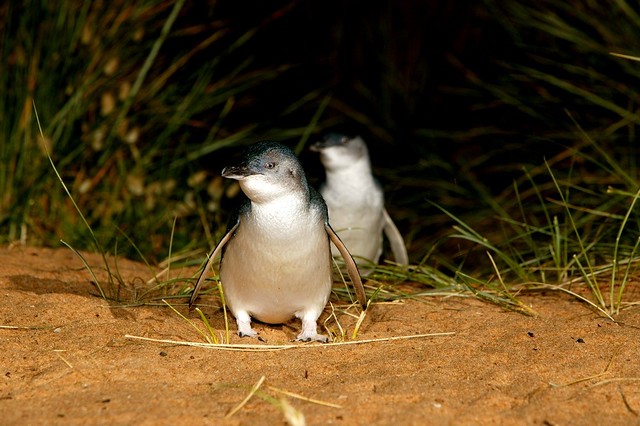 I’m endlessly fascinated by nature and wildlife, and always seek out experiences highlighting both when I travel. I don’t think I’ve witnessed anything quite so different though, something quite so amazing as the penguin parade. Who knows how long these most unlikely of creatures, tiny flightless birds in Australia, have been making this nightly trek just to survive. Regardless, I was incredibly thankful to bear witness.

Eventually, people started to peel away from the sight. Children grew restless, and a nip in the winter’s air prompted a quicker than planned exit. We too took our leave, well before the last penguin made it on shore, but not before we could capture that indefinable feeling of awe and wonder that is so increasingly hard to find. It’s rare that an event so widely attended every night can feel so special and individual, but that’s what makes the penguin parade on Phillip Island such a magical experience.

7 thoughts on “On Parade with the Penguins of Phillip Island”