Hawaii is a place of dreams and expectations. Most people have a mental image of Hawaii whenever the destination comes up in conversation, and for the most part these conceptions are proven true. There is one place though that lives up to the notions of luxury and a laid back pace of life better than any other Hawaiian island, Lanai. The best part is that you don’t have to be independently wealthy like the Real Housewives of Beverly Hills in order to enjoy it.

Lanai is tiny, just 18 miles across and boasts a population of around 3,000 intrepid souls. It’s not at the top of everyone’s travel itinerary, although it should be. I’ve been there twice in the past year and would return in a heartbeat, and with good reason. Lanai, more so than most tropical getaways, has so expertly fused luxury and relaxation that you never, ever want to leave. 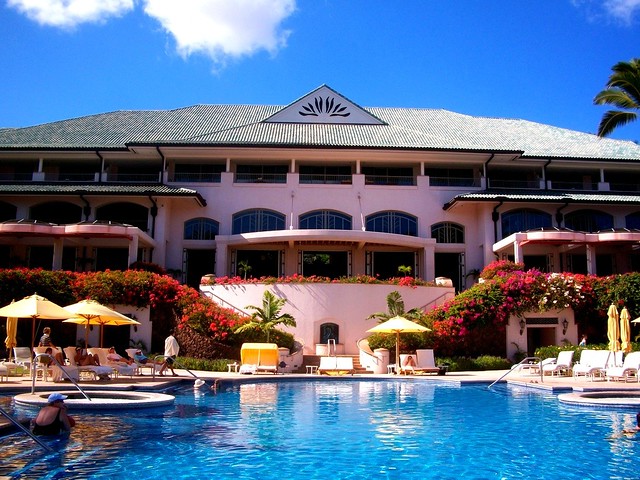 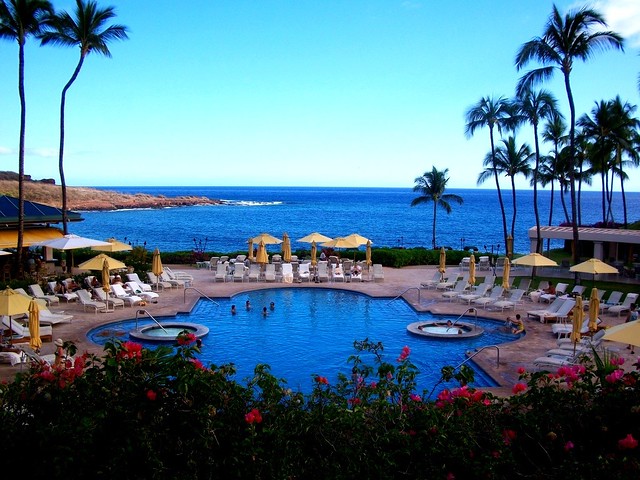 There are only three hotels on the island: the quirky Hotel Lanai, a small B&B and two gorgeous Four Seasons resorts. The two Four Seasons properties take advantage of the two personalities of the island, the rustic ranch style and the laid back beach resort. What I love most about these properties is that they are affordable without sacrificing any of the luxury for which the Four Seasons is world renowned.

The Four Seasons Manele Bay is what every ocean side resort should be. The interiors are immaculate and immediately conjure notions of old world style and modern relaxation. You simply cannot walk through the lobby without a smile on your face, it’s a scientific fact. Immediately through the doors leading to the pool area is that famous vista for which Manele Bay is so famous and you know right away that you’ve made the right choice by visiting. 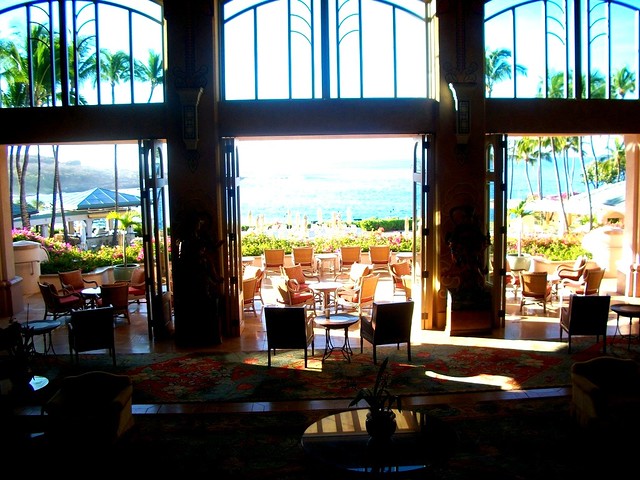 I’ve stayed at Manele Bay twice and as far as I can tell there is nothing wrong with the resort whatsoever. The rooms are all luxurious, spacious and peaceful. They’re a place to retreat and not to just visit for a few hours every evening. One of my favorite travel memories is enjoying a delicious breakfast brioche with macadamia nuts and lilikoi butter while listening to the waves crash onshore. It really doesn’t get any better. 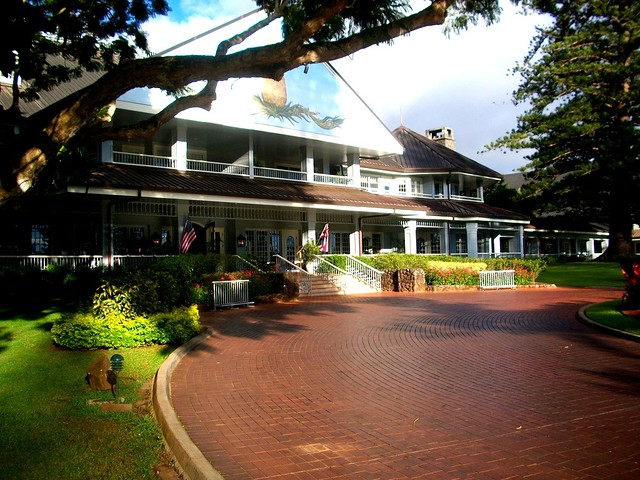 Its sister property, the Four Seasons Lodge at Koele, is no less perfect, although it is completely different from Manele. Koele sits on the site of a former paniole ranch, and indeed the entire hotel is designed to look and feel like a classic Hawaiian ranch. The grand manor house is rustic but elegant, with warm fires chasing away the chilly mornings and evenings found at the higher elevations of Lanai. The rooms are more British colonial than Manele, but this adds to the high end ranch feel that is pervasive throughout the Lodge. 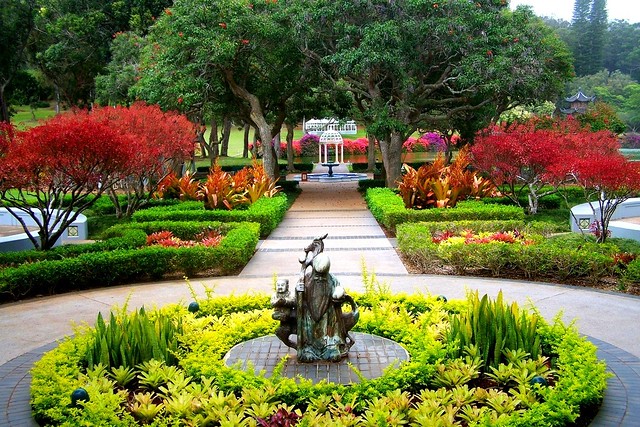 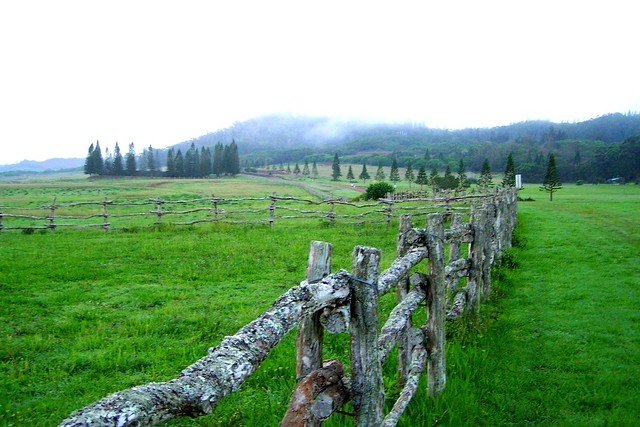 Where Manele has the ocean, Koele has a sea of ranch lands, stables and foggy mornings. Koele is completely different, but just as beautiful in its own unique way. Guests can take advantage of the unique surroundings through horseback explorations of the nearby trails, or a nature hike that leads to the stunning Maunalei Gulch. It’s hard not to feel like a member of the landed gentry as you meander through the gardens and ponds of the property.

The two hotels are linked, so guests can enjoy the amenities at either resort through an easy and convenient shuttle service that runs the island route throughout the day. Many guests elect to split their time equally at both resorts, so that they may experience the unique differences found at the properties. 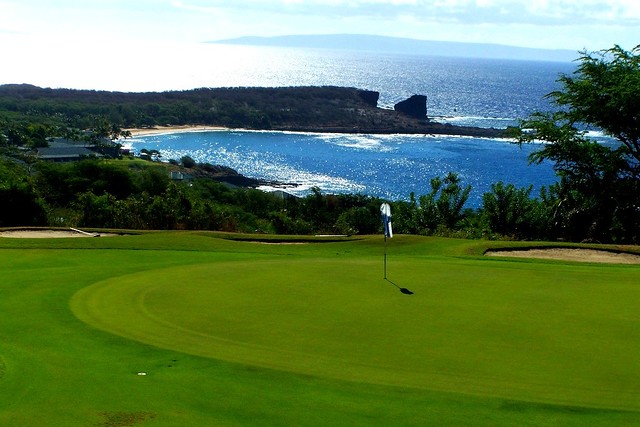 In addition to all the normal resort amenities and activities, both Manele and Koele are home to world class golf courses that are always amongst the highest ranked not only in Hawaii, but the world. Both courses are exceptional, but approachable and fun for all experience levels. The Challenge at Manele also features the iconic 12th hole, which overlooks Manele Bay. It was also here where Bill and Melinda Gates got married after renting every room on the island to create the ultimate in private weddings.

Lanai is often called the most enchanting island, and with good reason. But this enchantment isn’t only due to its size or the trapped-in-time feel of the plantation era village. The enchantment emanates from the two Four Seasons properties which, while amongst the least expensive of any Four Seasons in the world, are also two of the nicest in the hotel’s impressive collection. Every guest of the Four Seasons Lanai is guaranteed to feel like royalty, if only for a few days.