“Well, there’s the Old Timers Museum, School of the Air, and the Old Ghan Museum isn’t too far away,” our cab driver kindly suggested as we drove to pick up our campervan and begin our exploration of Australia’s Outback. Another travel hiccup had occurred, and we suddenly found ourselves overnighting in Alice Springs. It wasn’t part of the Plan, but I was excited to explore the quirky Northern Territory town.

Alice Springs is one of those remote outpost towns that tends to attract a strange mix of intrepid souls, odd ducks and people running away from something. Here in the dusty red Outback they all commingled and created a decidedly quirky community. 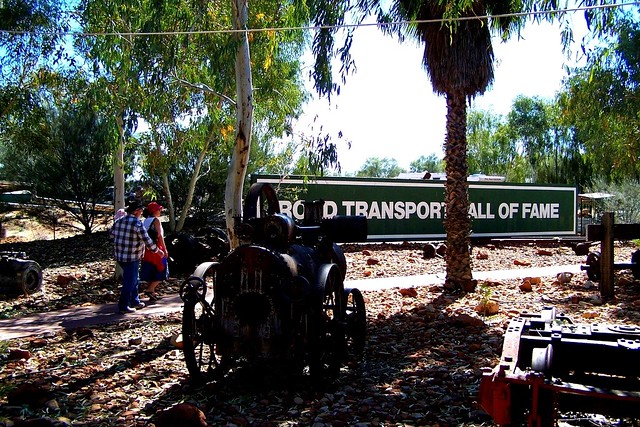 The Old Timers Museum appeared to be a hodge podge of rusting junk, so I easily drove past and instead pointed the truck in the direction of the Ghan Museum. We love trains, and learning more about one of the world’s most famous passenger trains was something we couldn’t pass up.

Construction of what we know of today as the Ghan began in 1878 in Adelaide, South Australia. It wasn’t until the 1920s that train service extended to Alice Springs, prior to that the final leg of the journey had to be made by camel. Actually, the train owes its very name to the camels and their drivers, brought to Australia to assist in the construction of the epic train line. Ghan is an abbreviated version of its previous nickname The Afghan Express, and refers to the Afghan camel drivers used in the construction process. 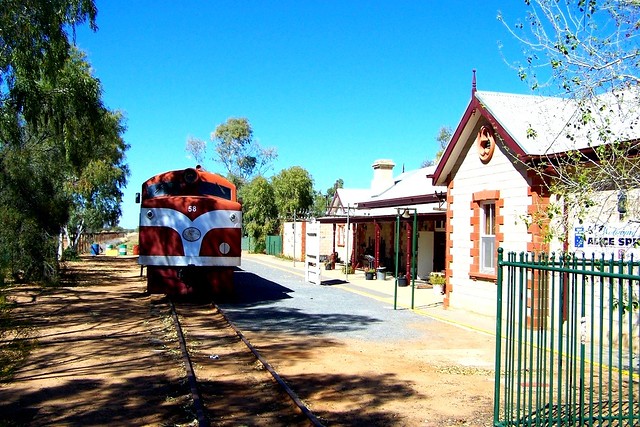 The Ghan didn’t extend all the way across the continent to Darwin in the north until the 1980s, when Australia’s railroads were all standardized. For whatever reason, Alice Springs is home to both the Ghan Museum as well as the Road Transport Hall of Fame. It was so oddly placed, we knew we had to visit.

It was a Sunday morning, but apparently the Road Transport Hall of Fame had just had an induction the night before, so the area was a beehive of activity. The adjacent RV campground was packed, and surprisingly we weren’t the first people to seek out the history found in the Ghan Museum. 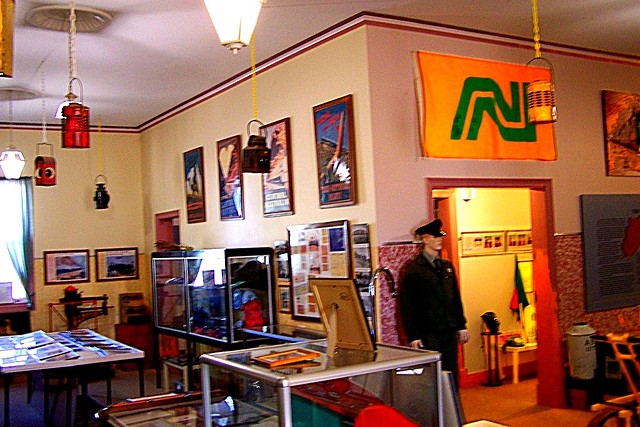 The Ghan Museum is housed in a former train station, and is also the final resting spot for strange bits of railroad paraphernalia, from full sized locomotives, to random bits of iron rusting away. The museum itself though was clean, well organized and infinitely interesting. I found myself reading through mid-century travel posters and gazing longingly at proper dinner service sets, a remnant of a more civilized era of travel. Well, except for the camels of course. 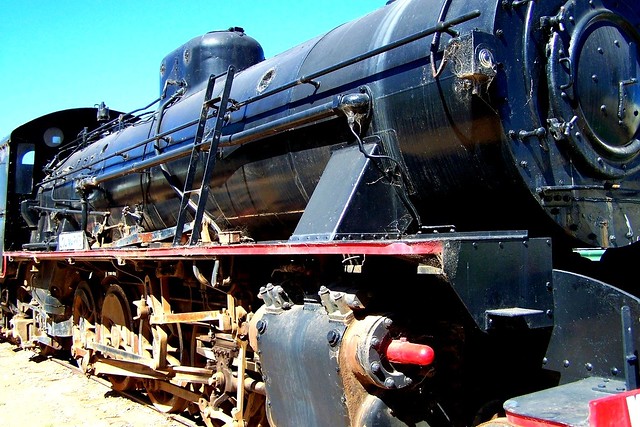 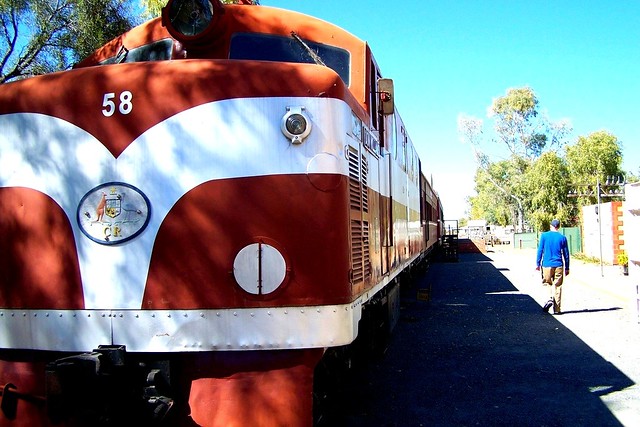 The museum wasn’t just an odd accumulation of stuff though, it was well interpreted and there were plenty of explanations detailing the rich history of the Ghan. Before leaving, we walked through the old train cars, imagining what it must have been like to be the first to make the long journey through the Red Centre.

While the romantic notion we all have of the gilded age of train travel may be gone forever, the Ghan is still alive and well in Australia and visitors can hop on board to cross the continent in one of the most interesting ways possible. The Ghan runs twice a week from Adelaide to Darwin and it takes about 48 hours to travel the 2,979 kilometers. But if you’re short on time like me, be sure to at least stop by the Ghan Museum to get a sense of what it must be like to experience one of the most epic train journeys in the world.