I’m not a big shopper, so spending hours perusing boutiques around the world holds absolutely no interest for me whatsoever. However, I do find myself attracted to quirky little items when I travel, usually some craft or ceramics piece, that just instantly appeals to me. Over time, my house has become littered with these odd objets de voyage, but here are some of my favorite, quirky travel souvenirs. 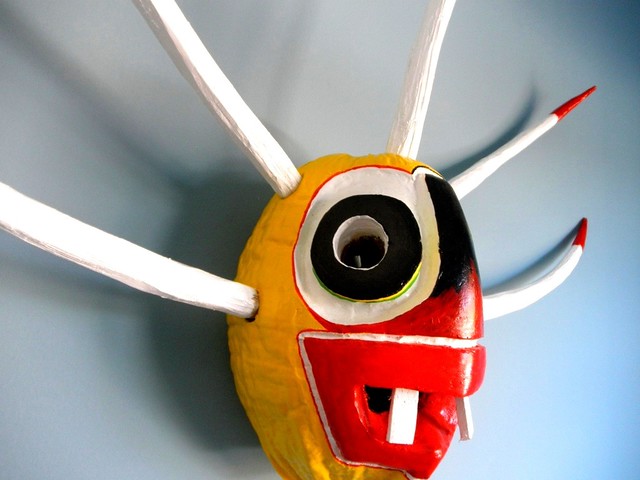 1. Santiago Apóstol Festival Mask, San Juan Puerto Rico – Like all the things I end up buying on my travels, I can’t explain why this mask appealed to me so much. It just did. Maybe it was the vibrant colors or the exotic and strange design that lured me in; it’s hard to say. The mask is part of the Santiago Apóstol Festival, and the one I purchased is from the town of Loiza Aldea, Puerto Rico. In the Santiago Apóstol festival in Loíza, the masks are evil spirits that represent the Moors who fought against the Christians during the reign of Santiago Apóstol. The vejigante masks of Loíza are made of coconut husks and the facial expressions are meant to be grotesque and exaggerated. It may have been an impulse buy, but I do love this mask.

2. Aboriginal crafts, Northern Territory Australia – Located in the Uluru Cultral Centre is the Walkatjara art centre. Walkatjara is owned and operated by the local Aboriginal artists from the Mutitjulu Community and sells unique ceramic art, paintings and functional craft works from local Anangu artists. As soon as I saw the pieces, I fell in love and the fact that artists get a percentage of the sales only prompted me to spend more. In the end I purchased several wooden items and a print describing a local tale about three sisters. More than a trinket or novelty, these items are real links to the Aboriginal people and their history and traditions which span tens of thousands of years, and which came so close to total destruction. It’s one of the few instances when I felt proud to whip out my credit card. 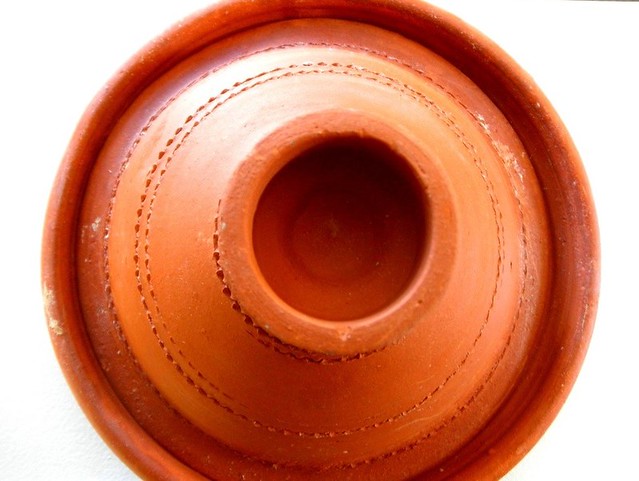 3. Moroccan tagine – I guess you could say that I’m easily influenced. If I read a book about Hawaii, I want to hop on the next plane. If I watch a movie about hiking through Patagonia, you guessed it, time to buy hiking boots. The same phenomenon occurred in Marrakech after taking a brief, 3-hour course on how to cook using a tagine. A tagine is a traditional Moroccan bit of cookery that acts sort of like a crock pot, creating some of the most amazing meals you’ve ever tasted. Of course I fancied myself a tagine expert after my short class and sought to buy one of the thousands on display in the nearby souks. Instead of the flashy, for-display-only tagines, I bought a plain, utilitarian model that I could actually use at home. I made a major blunder when I bought it though. The one I purchased is only big enough for one serving, and there are two of us. The result has been one or two very small tagine meals followed by months of dust collection. I still love it though. 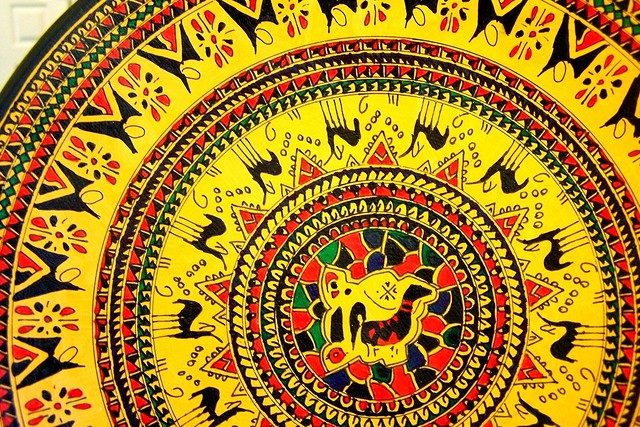 4. Turkish plate – It’s easy to get roped into doing things we don’t want to do when we travel, particularly if you hire a guide for the day. Invariably, at the end of the tour the guide includes a stop at an “authentic” factory store of some sort. They’re all the same, whether it’s a rug or ceramics store matters not. The patron is led through the ‘factory’ where the craft in question is supposedly made, before being escorted to the main shopping area, infested with annoying salesmen lurking behind every display rack. I stomach these for the benefit of my guides, who receive a kickback from my visit. It’s only ten minutes out of my life and it’s not a big deal. I never, ever buy anything though, except for one time in Turkey. We had just completed a day tour of the Ephesus area and the guide gave us a choice of obnoxious places to stop, very courteous I thought. We chose ceramics and were thrown into a warehouse of cups, plates and do-dads. My jaded traveler shell though was pierced when I saw this plate. I don’t know anything about it or what it depicts, but it was completely different from anything else in the store and for some reason spoke to me. It’s a lovely piece that has a place of honor in our kitchen, always sparking conversation amongst guests. 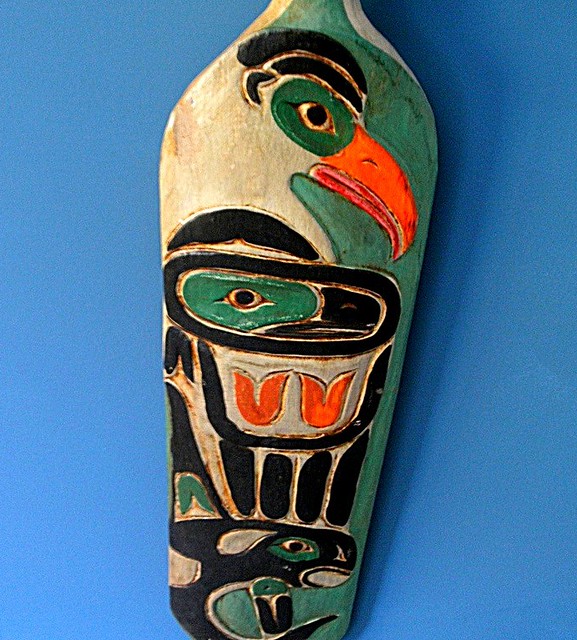 5. Inuit oar, Canada – Ok, the first giveaway that this was made for the tourist trade was that it came with a mounting hook on the back. I didn’t care though, the colors and size of the piece spoke to me and I loved it. While it may not be a relic of the First Nations, the truth is that the native peoples of Canada have long been urged by the Federal and provincial governments to engage in traditional arts and crafts in order to create a steady source of income. Hopefully this oar is part of that process and not actually made in China, but it does indeed feel like real wood and looks great in my office.

What are some of the stranger items you’ve purchased while traveling?

23 thoughts on “Five Unusual Souvenirs from My Travels”