The Caribbean islands of St. Kitts and Nevis are fairly small. St. Kitts is only 18 miles long and little Nevis even smaller. In spite of their size, the islands have had a dynamic history and St Kitts in particular at one time played a key role in the colonial politics of the region. This all culminated at what is now the UNESCO World Heritage site, Brimstone.

The Brimstone Hill Fortress National Park is built on the massive Brimstone Hill on St. Kitts, which had always been recognized by the colonial powers as a prime defensive position; guns were first mounted there in the 1690s. The fort as it appears today was first completed in the late 17th century, which amazed me given how intact everything is. 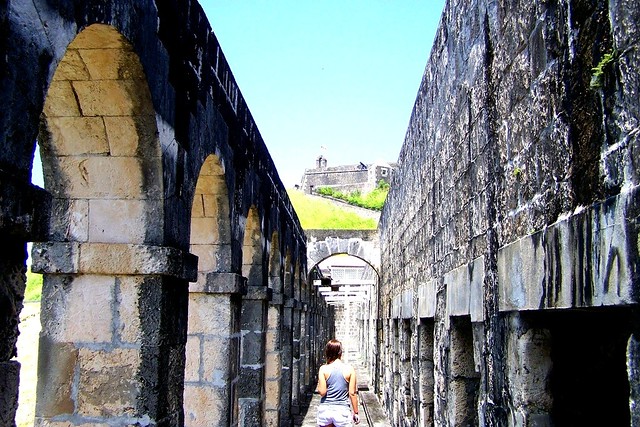 It was a beautiful day on St. Kitts, and from the top of Brimstone Hill I could see for miles in all directions. I began to understand why the British chose that spot from which to defend the island. Brimstone wasn’t always in British hands though, the islands were part of a larger tug of war match with the French, who even laid siege to Brimstone at one time. 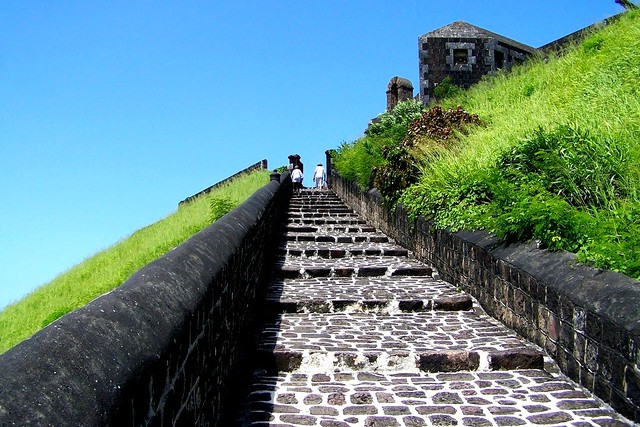 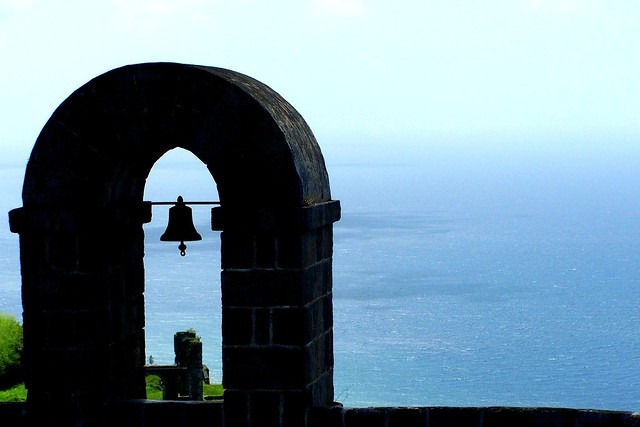 Walking up to the top of the Citadel it was hard to imagine any enemy force occupying this massive and hard to reach encampment, and in truth the only thing that really threatened the site was neglect. After the British abandoned it in the 1800s, Brimstone fell to disrepair and vandalism. But a progressive effort throughout the 20th century to restore and maintain the site has resulted in one of the best preserved military sites in the hemisphere. 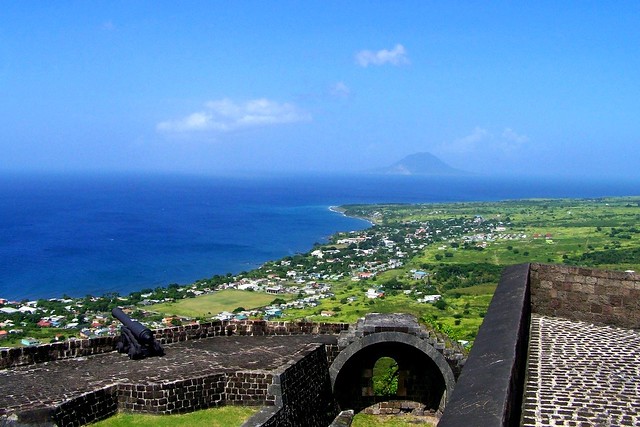 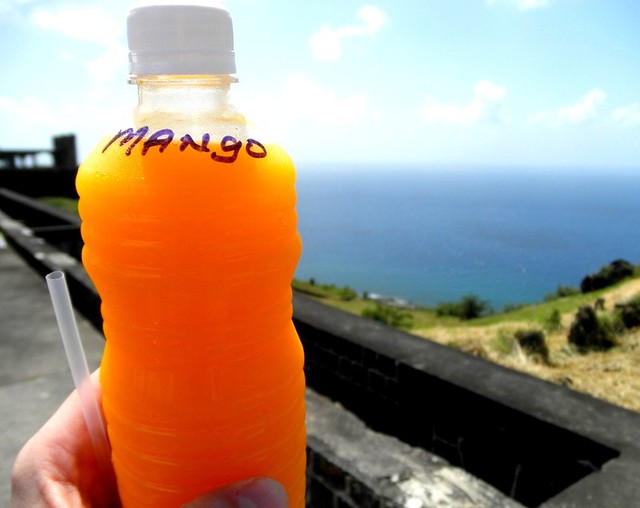 After touring the buildings, I was happy to see a small cafe selling homemade juices. Under the open sun, it was sweltering and the ice cold mango juice, freshly squeezed that morning, suddenly tasted like the best thing in the world.

St. Kitts is a tourist destination known for its beaches and beautiful resorts, like the St. Kitts Marriott who sponsored my time on the island, but a couple days of exploration reveal one of the most interesting and dynamic islands in the Caribbean.

2 thoughts on “Brimstone – A Visit to St. Kitts’ Only UNESCO World Heritage Site”