For a few decades I somehow avoided driving abroad. The thought intimidated me; foreign signs, unknown rules and in some countries left hand side driving. This year I had a few opportunities to drive abroad, and I soon realized that President Eisenhower made me lazy.

In 1956, Congress passed the Federal-Aid Highway Act, a piece of legislation that changed the face of the United States in every sense. The bill was championed by President Eisenhower, who witnessed firsthand the military attributes of the Autobahn while serving as the Supreme Commander of the Allied forces in Europe during World War II.

The American highway system took 35 years to build, comprises more than 46,000 miles of roads and cost about half a trillion dollars. The effects of a national roads system have at times been controversial, but undeniable. What I had never realized before was that as a driver, this national system had completely and utterly spoiled me.

Driving along the interstate, one expects certain things. More than anything, one expects fast food restaurants and bathrooms at certain intervals. It may seem like a small thing, but it has become ingrained into our driving culture and is something which I had completely taken for granted, until I drove in New Zealand and Australia. 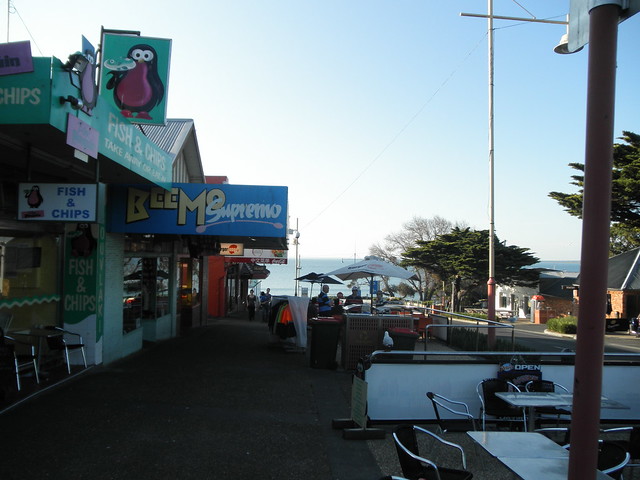 The difference between driving systems became apparent during a day trip from Melbourne to visit two sites: Healesville Sanctuary and Phillip Island. Australia has a national highway system, as do many other countries, but it’s not as comprehensive as the American system. I can travel to just about any destination in the US via interstate or one of its offshoots, the same cannot be said in Australia. Traveling from Healesville to Phillip Island, we expected some sort of major road to connect the two, on which we would find desperately needed restaurants and bathrooms. Instead, we were met with a series of backroads that just seemed wrong to us. Instead of a well traveled route with plenty of conveniences, we drove through neighborhoods with not one restaurant in sight.

I thought it was our error, that we had confused the directions, but no. That was truly the best way to get from point A-B. We eventually passed through a small improbably named town, Koo Wee Rup, where we found a pizza place for lunch. During the meal, it hit me how spoiled I was. I had come to expect certain conveniences when I drive somewhere and was completely thrown by the lack of them in other Western countries. I then began to think about how I would never stop in a town like Koo Wee Rup in the US, there would have been a rest stop in its place, ensuring I never leave the interstate and venture out into the real world.

Ultimately, for all its conveniences, that’s what the American highway system has cost us  – the ability to get out and discover everything that is unusual and quirky about our country. Instead of intrepid explorers, some of us have become lazy drivers looking for the next McDonalds instead of the next adventure. I can tell you one thing though, I enjoyed stopping in hamlets like Koo Wee Rup, Cowes and Hari Hari a lot more than my quick stop at Chesapeake House on I-95.

What do you think? Has the U.S. lost some of its quirkiness because of our massive highway system?

8 thoughts on “Eisenhower Spoiled Me – An American Driving Abroad”