I have a confession. I have never been on a forced march, made to do hard labor in a Federal penitentiary or been indentured to a life of servitude. And yet, all of these feelings came to the forefront as we began the Kings Canyon Death March, or more officially called the Rim Walk.

We arrived the day before after braving the corrugated dirt roads of the Australian Outback, and spent the evening at the lovely Kings Canyon Resort. They were good enough to arrange for us to enjoy an early morning hike of the famous Kings Canyon, a walk we were eagerly anticipating. Well, I was at least. 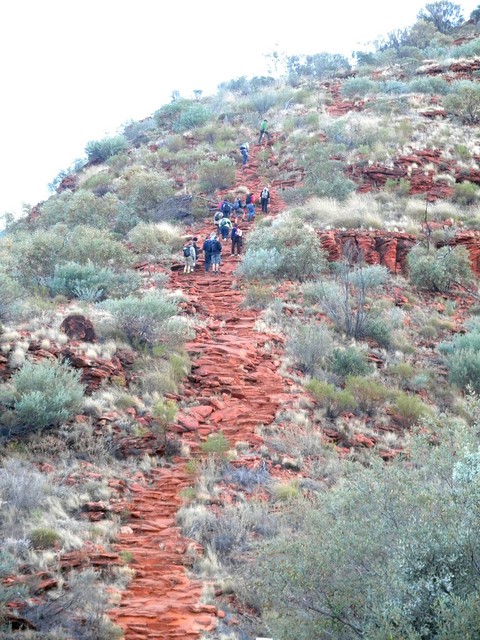 Poor Scott didn’t really know what he was getting himself into. I am the travel planner and he usually goes along for the ride, enjoying what we do but never knowing a lot about the schedule in advance. So, when we approached the extraordinarily daunting climb marking the start of the hike, he was a little surprised.

Located in the Watarrka National Park in the Northern Territory sits Kings Canyon, a massive 270 meter chasm. It’s also, I learned, highly regarded by Australians, some of whom like to call it their Grand Canyon, a fact that I found slightly amusing. Amusing mostly because you can fit several hundred, if not more, Kings Canyons within the Grand Canyon, but that’s another issue

Heart Attack Hill as some people call it, is the inauspicious start to the Kings Canyon Rim Walk. To be fair, there is another walk available at the Canyon, the far less daunting and shorter canyon floor walk, a fact which somehow escaped my notice until the death march was over and finished.

The natural stairway leading up to the hiking path is long, straight up and frankly pretty hard. I managed it ok, it wasn’t my favorite but it certainly wasn’t as hard as the march to the Monastery at Petra. Scott, on the other hand, wasn’t faring as well. Regardless, we both made it to the top (and survived) and the real hike began. 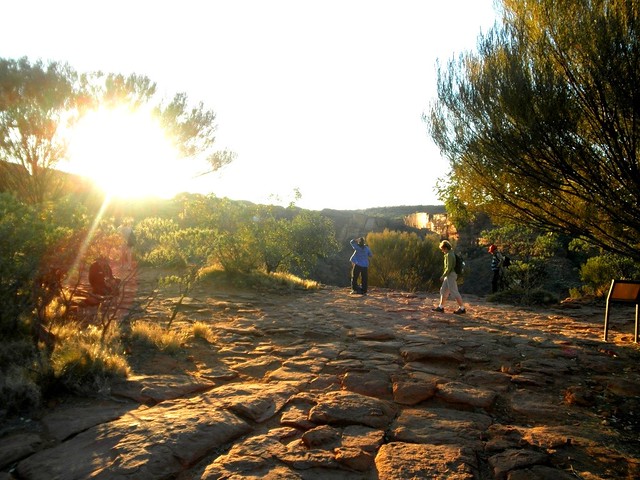 What followed were a few hours walking around the canyon itself, learning about its natural history, from the smallest weed to the mighty chasm itself. It was in parts stunning, interesting and remarkable. In other parts it was mundane, boring and long. It really was a give and take of hiking interest. This is partly because of the guide who, while meaning well, was completely and totally obsessed with botany. Obsessed. The smallest shrub couldn’t escape his notice and would launch him into a twenty minute discussion on its fire retardant properties. 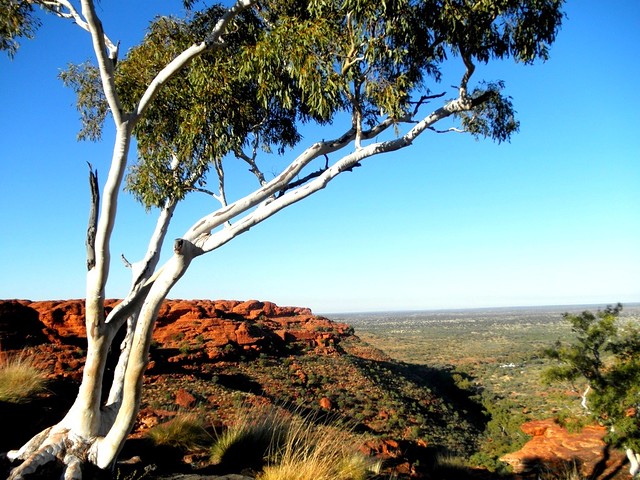 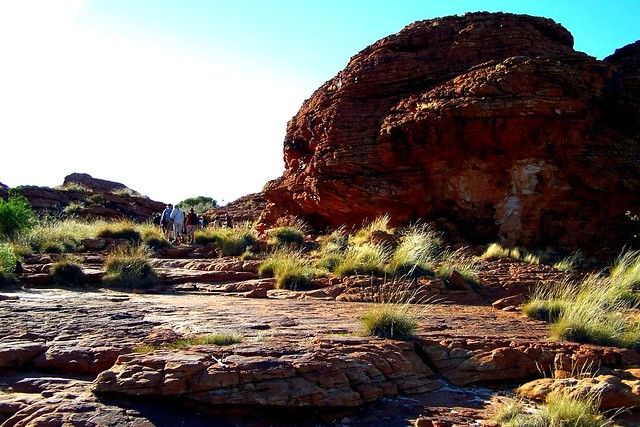 While I’m not a plant person per se, I can understand the importance of learning the botany of the area while on a hike, to a certain degree. What would have been far more interesting to me would have been spending more time looking at the canyon itself (aka, the reason I was there) and learning about the local history of the area. Now THAT would have been great.

At the end we were sweaty and tired, relieved to vacate the canyon area and find the calming waters of the hotel room shower. Maybe I’ve been too hard on the hike, it was fine. I’m glad I did it because, to be frank, I will probably never be there ever again. And if you visit you should also do the hike for the same reason. So, with that in mind I’m happy I can say that I’ve see the entire Kings Canyon. But once is more than enough for me. 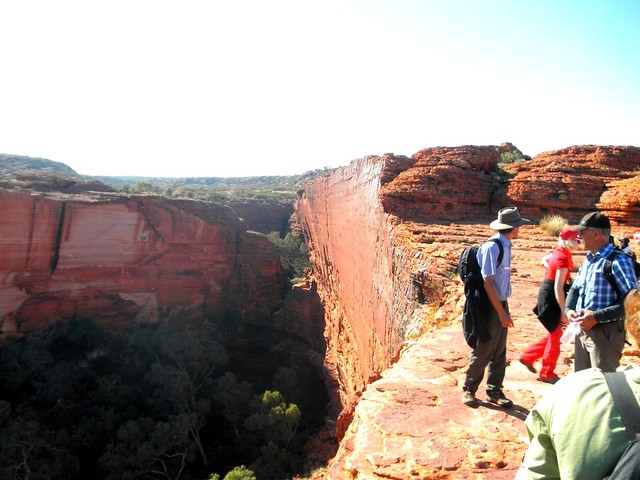