I’m not going to lie, getting to Kings Canyon from Alice Springs was a bit of an event. I guess I’m just a soft city mouse, but the two hours of driving on corrugated, teeth shattering dirt roads was a bit much. But that introduction to the Kings Canyon Resort meant that when we finally arrived at this outpost in the middle of nowhere, we were darn glad to be there. 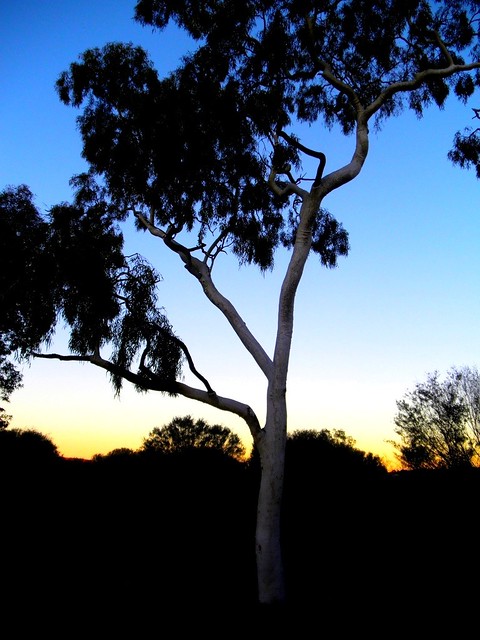 Kings Canyon was our first overnight stop in the Outback and our first real introduction to the Northern Territory’s Red Centre. We weren’t sure what to expect, but when I espied a dingo running behind the car as we drove up, I knew we had arrived.

There’s not much in the Red Centre and Kings Canyon is a major attraction for just about anyone visiting. The Resort is the only lodging for hundreds of kilometers, and they do a great job catering to a wide range of travelers.

My first impression was that of a desert cruise ship. It may seem like an odd analogy, but the resort is so isolated that there develops naturally a real sense of camaraderie amongst the guests. There’s no where else to go, so one might as well talk to the other guests. I love that.

Our room was spectacular. I would never have guessed that the resort is twenty years old because they’ve done a phenomenal job keeping up with the times and maintaining a modern aesthetic. I’m always impressed when hotels do more than they have to. There is no where else to stay, the resort could easily let the whole thing go to pot and they’d still fill rooms, but they haven’t. Instead they’ve created a relaxing and overall very pleasant experience for the guests. 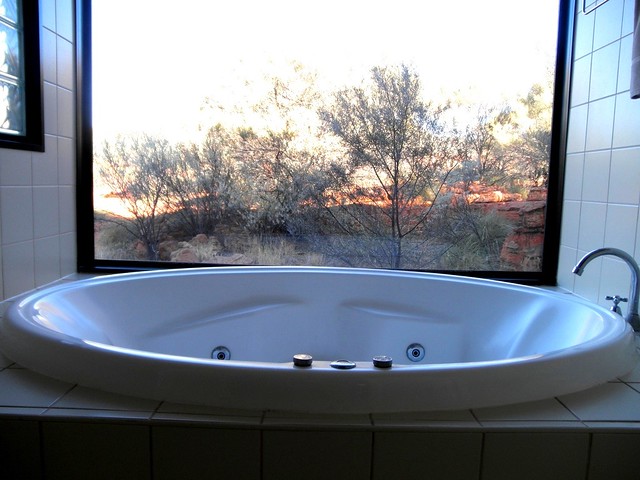 Back to the room, we were in a deluxe spa room, so named for its size (impressive) and a nice Jacuzzi tub overlooking the desert landscape. And while they did offer wifi, it was expensive and slow. Not too surprising I guess for the middle of the desert.

I drove around the property to get a feel for it, and understood where the resort name came from. In addition to our rooms, they also have standard hotel rooms, permanent tents for a hostel-ish experience and campgrounds. The resort really can and does accommodate all budgets. They also have a couple of restaurants and a gas station/mini market.

For a more intimate experience, the resort also offers an outdoor dinner under the stars called Under a Desert Moon. Modeled after the Sounds of Silence at Uluru, this is a much more intimate affair with all the trimmings. Elegant tables, great food and plenty of wine all under a huge canopy of stars guarantee the ultimate romantic experience.

I was intrigued by the restaurant though, there was standard indoor seating and family style outdoor tables, with what looked like a stage for a band. When we returned that night, we walked into a fun, festive BBQ with everyone smiling and plenty of music. We ordered from the BBQ, all made to order. I was disappointed to see they were out of the bush meats, but the steak made up for the loss of Emu meat. It was also a little pricey, but as I had come to learn, that’s the norm for Australia. As we waited for the food, the host started engaging with the audience. I always get nervous when they do that and suddenly found great interest in my shoelaces. She chose the guy next to me though, and I was able to breathe again as he tried to play (badly) a didgeridoo. 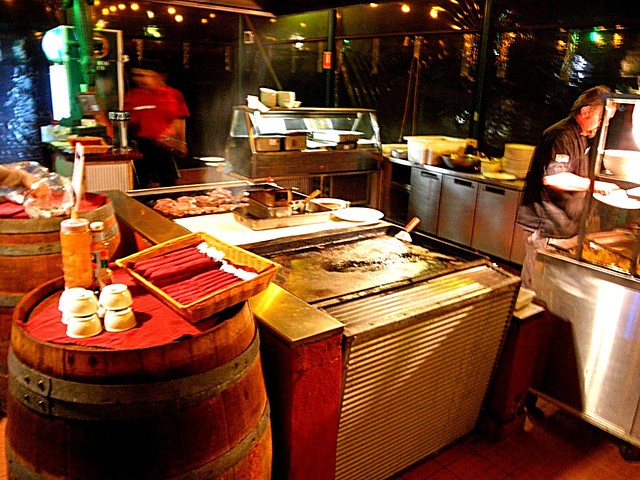 The food was as great as the atmosphere and everything together made for a really enjoyable evening. When you’re in the middle of a vast, uninhabited desert it’s evenings like that one which make all the difference. It was a lot of fun and when is the last time you could say that about a hotel dinner?

After exploring the famous Kings Canyon the next morning, we bid our farewells and left the Kings Canyon Resort behind us. I was sad to leave after only one night, but thrilled to have had the opportunity to stay there. It was the perfect introduction to our adventure through the Red Centre.