I love exploring new cities; finding hidden alleyways and cool shops are some of the best travel experiences anyone can have. One of the best ways to learn more about a city though is by leaving it, sort of. Exploring a city from the water is a lot of fun and gives you a perspective of the urban landscape impossible to find anywhere else.

I first noticed this phenomenon while on a Potomac cruise in my hometown of Washington, DC. I’ve lived in DC for 11 years and I feel like I know it pretty well. Imagine my surprise when on the cruise I found myself looking at a totally different city. There were so many landmarks and quirky sites only visible from the water. Ornate design work on bridges, hard to get to parks and yes, even the original water gate after which that famous building was named. That experience sold me on the importance of something I already love doing, getting on the water. 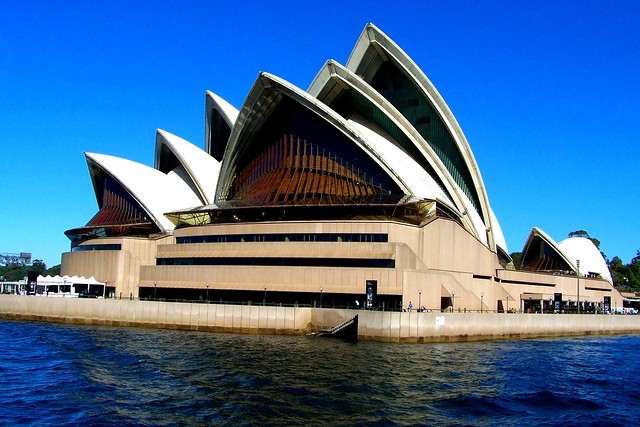 My latest on-water adventure was in Sydney, the perfect place for great maritime experiences. Port Jackson, containing Sydney Harbour, is the natural harbour of Sydney. More than just a spectacular natural wonder, the Harbour area has played an important role in Australian history, from Cook to the arrival of the First Fleet. Today it is an extremely active harbor with ferries and pleasure boats darting around the water almost constantly.

There are many ways to explore Sydney by water, but we chose the Captain Cook Coffee Cruise. Captain Cook small cruise ships offer a variety of trips in and around Australia, with their Sydney sightseeing cruises being some of their most popular. We embarked at Circular Quay, the heart of boat traffic in Sydney and easily accessible by most downtown hotels. 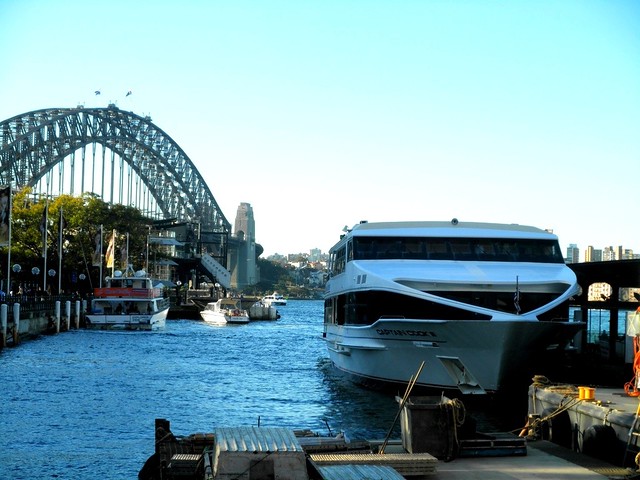 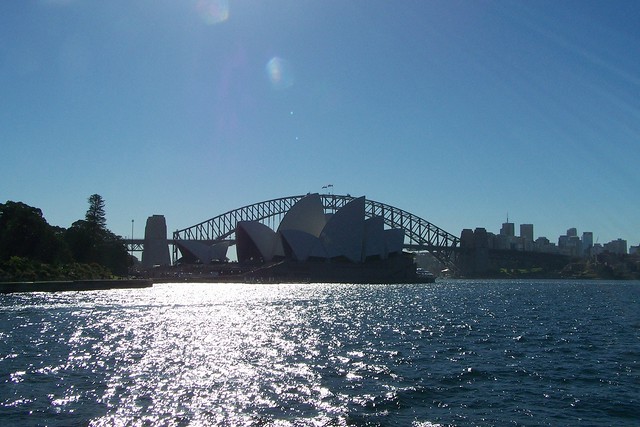 For the thousandth time I was thrilled we had decided to vacation in Australia in their winter, there were fewer people and the weather was fortunately perfect. It was a cool, clear day – perfect for boating. In addition to the views afforded by the ship, there was also a guide who described the various sights and answered our sometimes ridiculous questions.

The two hours flew by as I finally got a sense of the size of Sydney and her neighborhoods. I saw how one neighborhood merged into the next, where the more well known neighborhoods were actually located and how Sydney is organized. It was a point of view impossible to gain from land and it really gave me a whole new appreciation for the city I had come to love so very quickly. 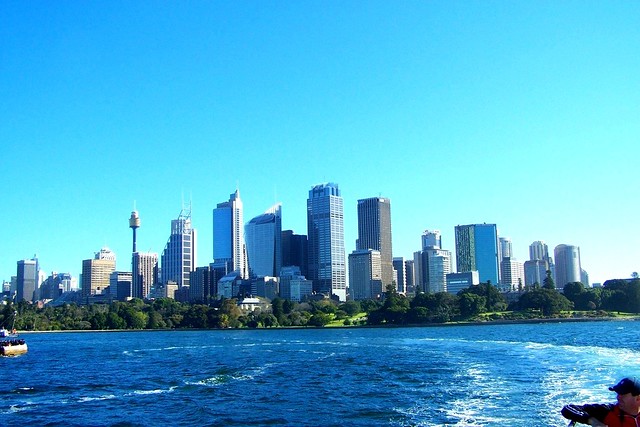 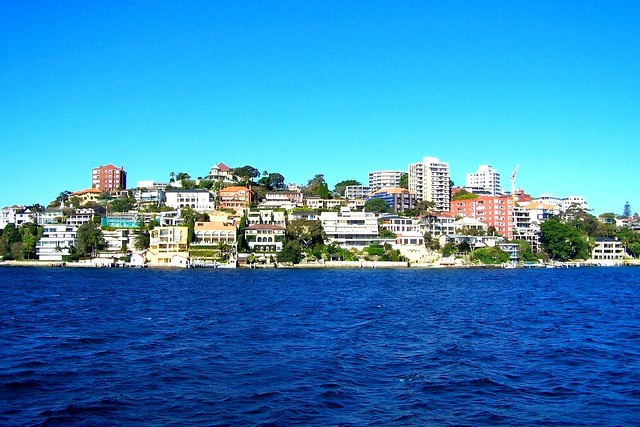 We passed by a variety of high end homes, beaches, World War II defenses and finally the two heads of the harbour that serve as its natural end and beyond which lies the ocean.

On the way back, I put down the camera (mostly) and just sat back and enjoyed the views. Boat cruises aren’t only a great way to explore a new city, they’re one of the nicest experiences in the world. There is nothing as relaxing and innately pleasing as bobbing along on the water.

Have you taken any remarkable boat tours? 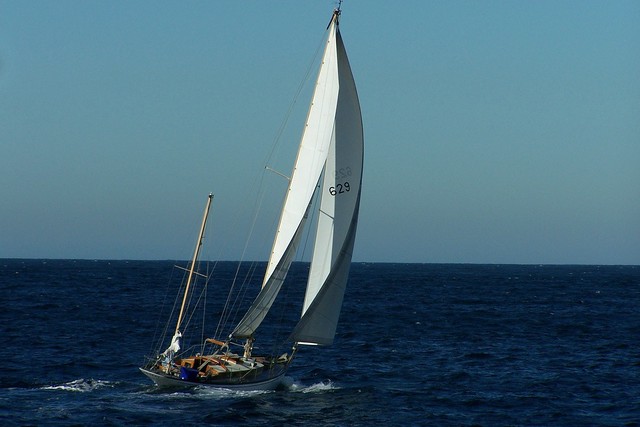