Major landmarks can be a letdown sometimes. Either they’re not as impressive as you thought or after a lifetime of dreaming about THE moment when you actually get to see the famous wonder, the reality is a bit of a letdown. With this in mind, we really didn’t know what to expect before arriving in Sydney. The Opera House is one of the most recognized structures in the world; an astounding majority of the world’s population can correctly identify it. Like most people, I grew up seeing it in movies, TV shows and featured in countless travel calendars. With this much anticipation, I realized we were in real danger of some major disappointment, no matter how great it actually turned out to be in real life. 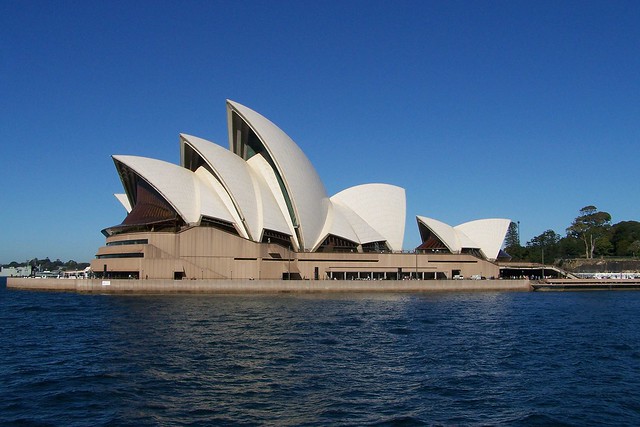 It was a rare moment of unplanned travel, I really didn’t have a game plan for that first day except to stay awake and not embarrass myself, noble goals for anyone really. We were drawn to the Opera House through an unseen force of nature and we slowly meandered through the crowds of busy businessmen and tourists all rushing to catch ferries to somewhere. The walk to the Opera House wasn’t nearly as long as it seemed, just a few minutes really. We soon found ourselves in front of the strange, mid-century structure not sure what to do next. 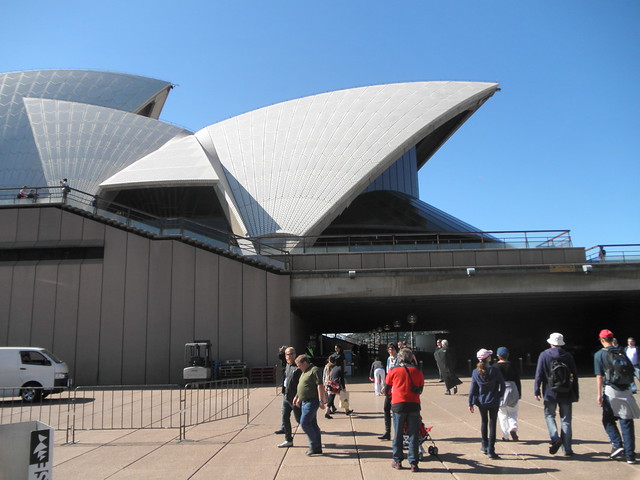 Close up the Opera House isn’t the monolith I always thought it was. I’m probably the only person who didn’t know this but it’s not really one large building, it’s two, each housing different performance spaces. Even more incredible than the revelation about the number of buildings involved is what they look like in person. Instead of one solid white veneer as the Opera House looks like from afar, the exterior shell is actually made up of more than a million triple fired ceramic tiles, varied in shades of white and definitely not a uniform color. It’s amazing how the appearance of the Opera House dramatically changes based solely on perspective. 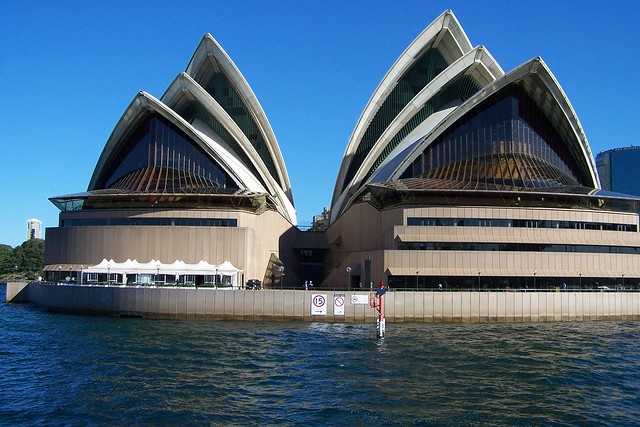 We were on vacation so we decided to do what all tourists do, we took a tour. The Sydney Opera House offers one-hour tours that run every thirty minutes throughout the year. I was highly skeptical at first, but the tour was one of my favorite experiences of the entire trip. 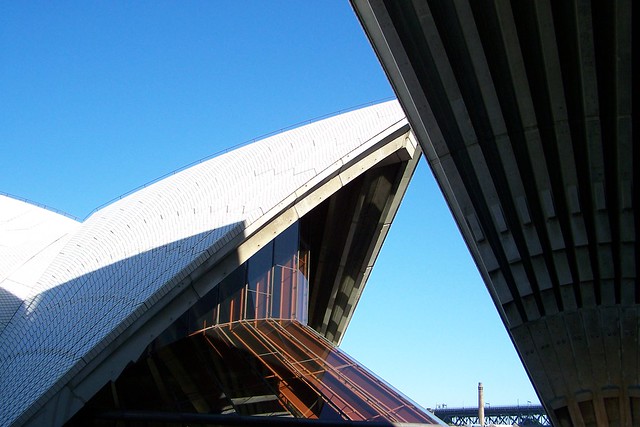 A lot is packed into that hour and the guide takes the visitors on a journey through the history of the opera house and all of its problems to the modern day performances carried out there every day. Irrespective of the architectural achievement, the massive amount of work carried out at the Opera House is amazing. More than 2 million people attend performances at the Opera House every year, making it one of the busiest venues in the world. 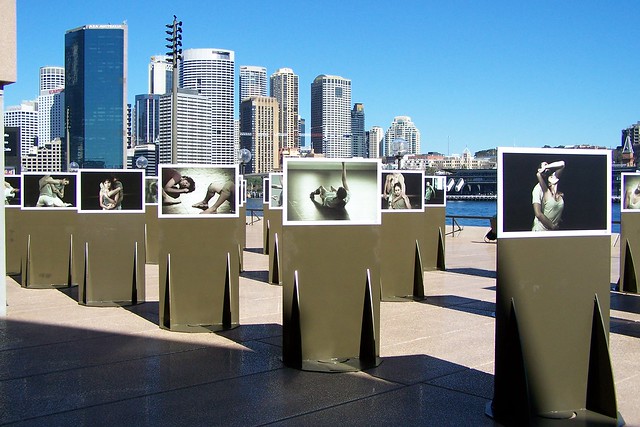 By the end of our visit to the Opera House my appreciation for this strange modernist edifice changed dramatically. I never had any thoughts or opinions about it before, neither good nor bad. I was entirely neutral about it as a landmark. I was sure it was nice and everything, but it wasn’t the Eiffel Tour or the Coliseum. Leaving the grand hall that day though I realized that the Opera House is one of those rare landmarks that isn’t just pretty to look at, it’s an active part of the community. It’s a living, breathing resident that isn’t just a subject to grace postcards and t-shirts, but which interacts with the city that encircles it. 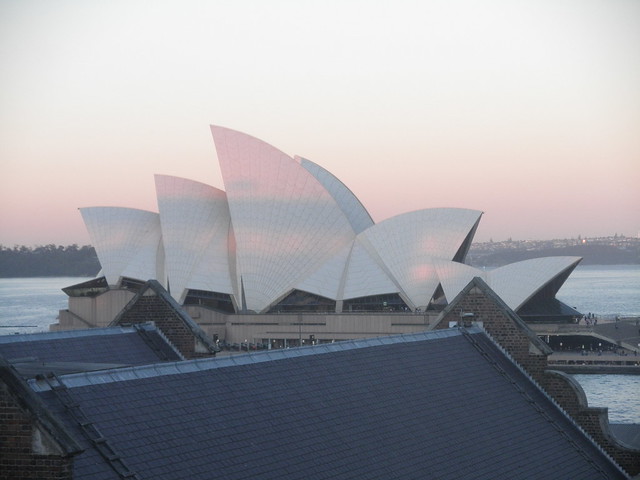